A MUM redesigned the crawl space in her hall turning it into an incredible two-storey playhouse.

The mum-of-four decided to turn the dead space into a functioning play area for her kids, after previously using it as a ‘dumping ground’ for her kids' toys. 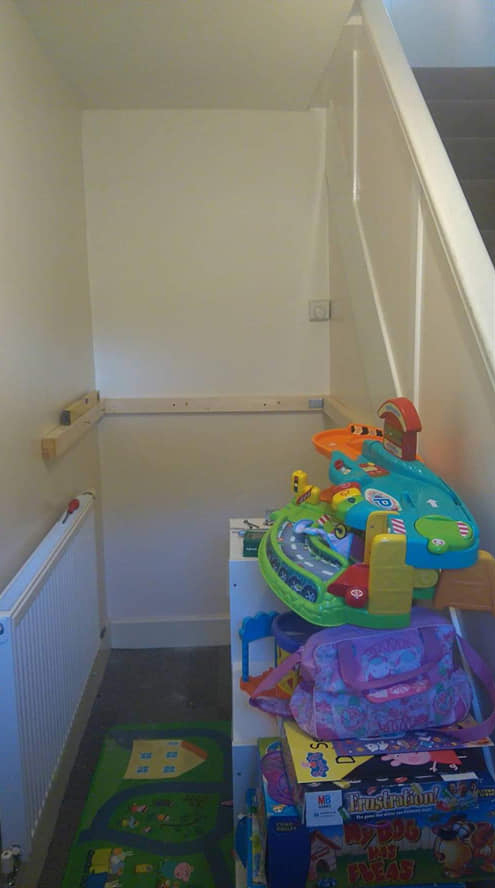 But rather than adding some shelves and play equipment, she and her partner built an incredible two-storey play area complete with a sofa and a toy cooker.

The mum added stairs going up to the kid’s own private playhouse, a welcome addition as space is tight in their two-bed home, leaving room underneath for that all-important storage.

As a finishing touch she added a disco light and decorative stickers to make it look like a castle.

She shared before-and-after snaps to Facebook group DIY On A Budget, revealing she created the look using a £20 Ikea storage unit and some eBay bargains. 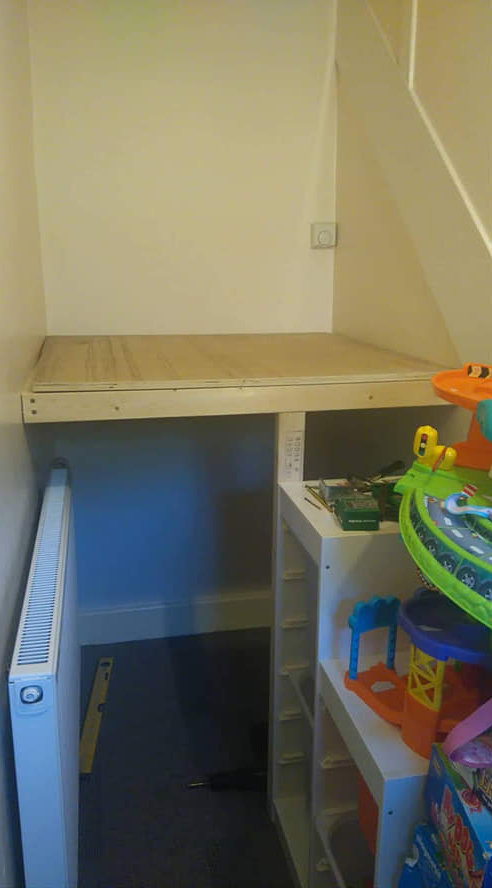 She said: “This area to the side of my stairs slowly became a dumping ground for the childrens toys.

“With four children in a 2 bed house space was at a premium so we decided to make it into a play area.

“I bought an IKEA trofast unit off fb for £20 and my fella used off cuts of wood from other projects we had done. 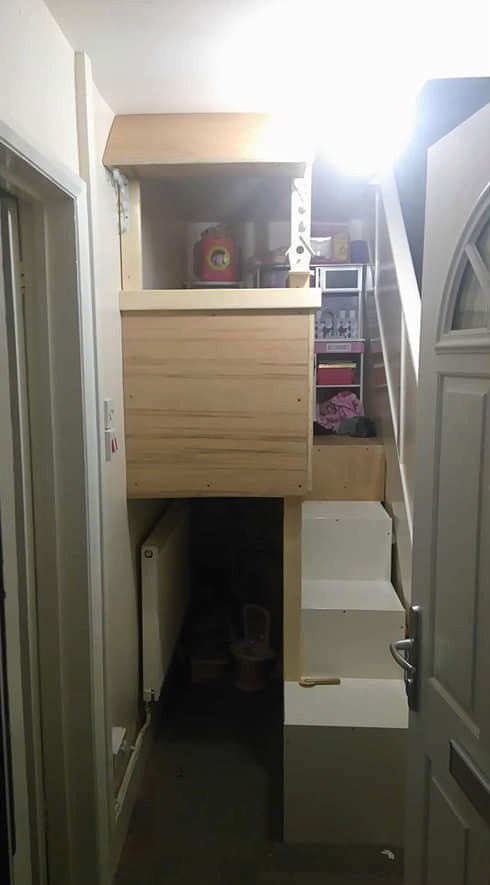 “The brick effect is foam squares that have a sticky backing which I bought off ebay.

“The canopy was a few bits of wood which i painted and then drew on to make it look like roof tiles. Added some ornate hanging basket brackets.

“And obviously a disco light!!! 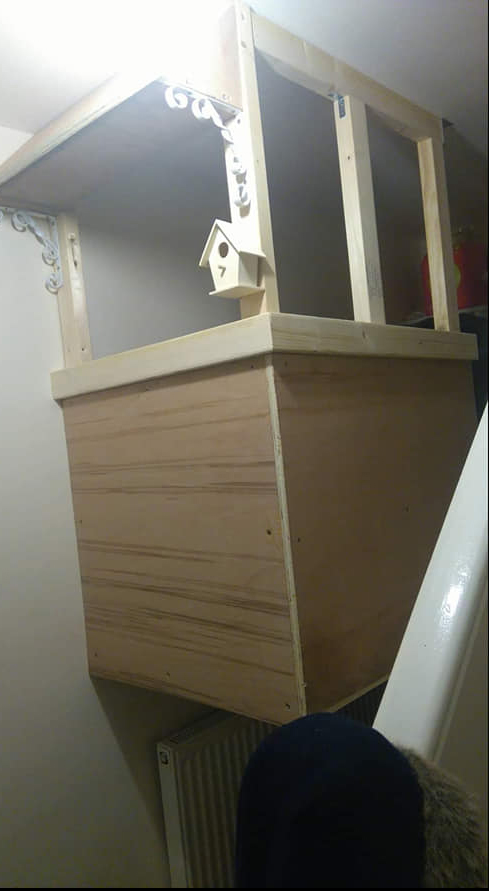 “The upstairs is a play house, with cooker, sofa and tele and underneath is storage for toys which they sometimes use as a shop. [sic]”

People have praised the magical den, with her post racking up more than 600 likes.

One person said: “Wow such a clever idea looks amazing!” 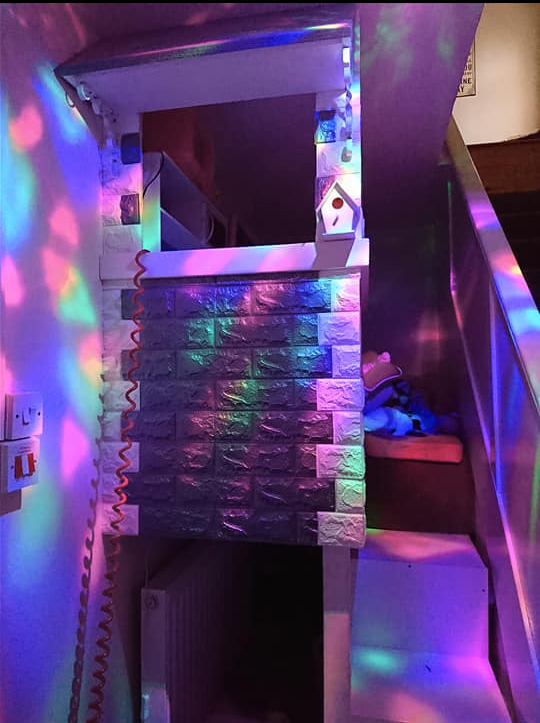 Another raved: “That is a brilliant use of space, you've done a great job.”

While this person said: “Absolutely love this! fantastic idea and it looks great.” 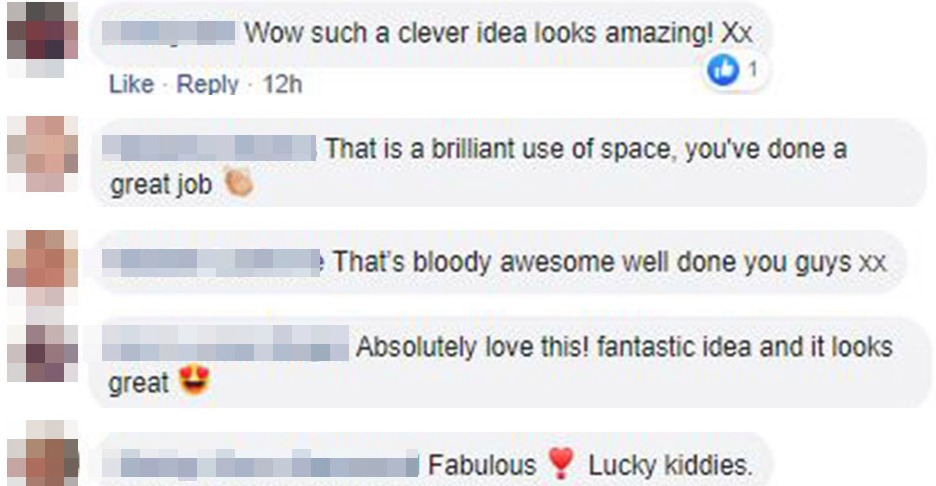 While this mum transformed her husband’s tool cupboard into a beauty station for her three daughters using eBay finds.

And this mum transformed her son’s bedroom using Argos and eBay bargains – and there’s even a secret play area.

Plus this mum made an incredible playhouse under the stairs for her daughter using bits from Homebase and eBay.