A MUM has issued a terrifying warning to parents after her three-year-old daughter went missing from school after she was picked up by a stranger in a face mask.

Earlier this week, Jessie Harris Bouton, from New York, explained how her toddler Lola was collected at the school gates by a man claiming to be her grandfather. 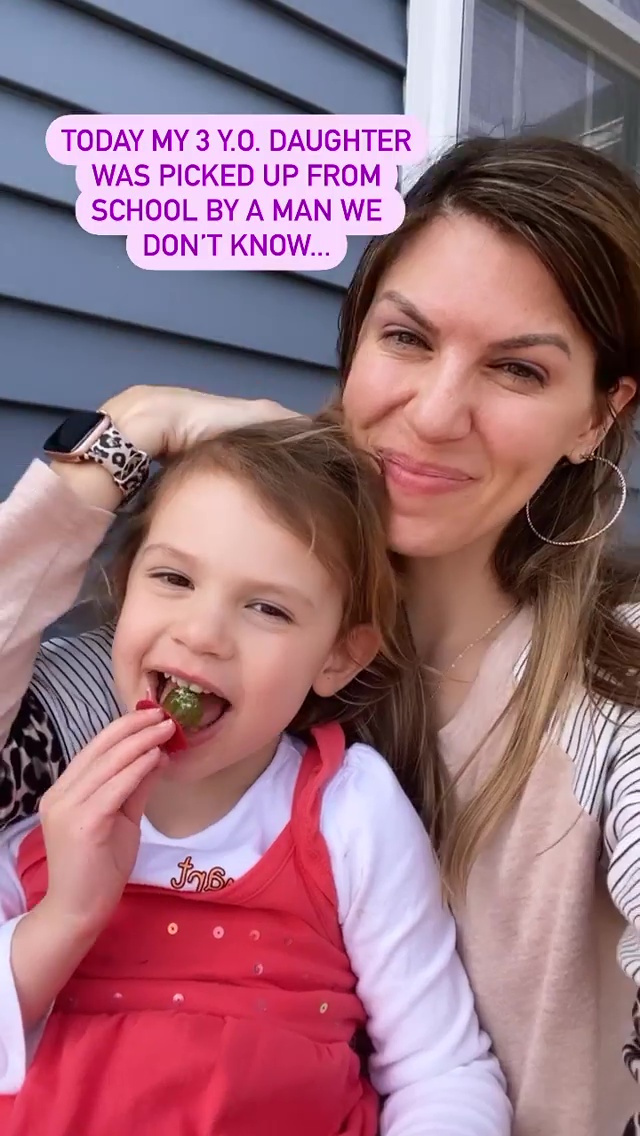 Sharing her experience with her 9,700 Instagram followers, the mum wrote:"When I arrived to pick up Lola from pre-k today, the teacher told me her grandfather had already picked her up. It seemed odd – I hadn’t asked him to."

After questioning the teacher further, Jessie learnt that Lola was "hesitant" to go with the man – who was wearing a face mask – but staff just assumed she was disappointed that her mother wasn't picking her up.

Jessie – who is a life and business coach – continued: "I had a funny feeling. I arrived home to find NO LOLA with my father in law. HOLY S***. WHO THE HELL HAS MY BABY?!?!"

Describing it as the "longest and most terrifying 15 minutes of [her] life", Jessie then began frantically calling everyone in her family to see if anyone had picked Lola up. 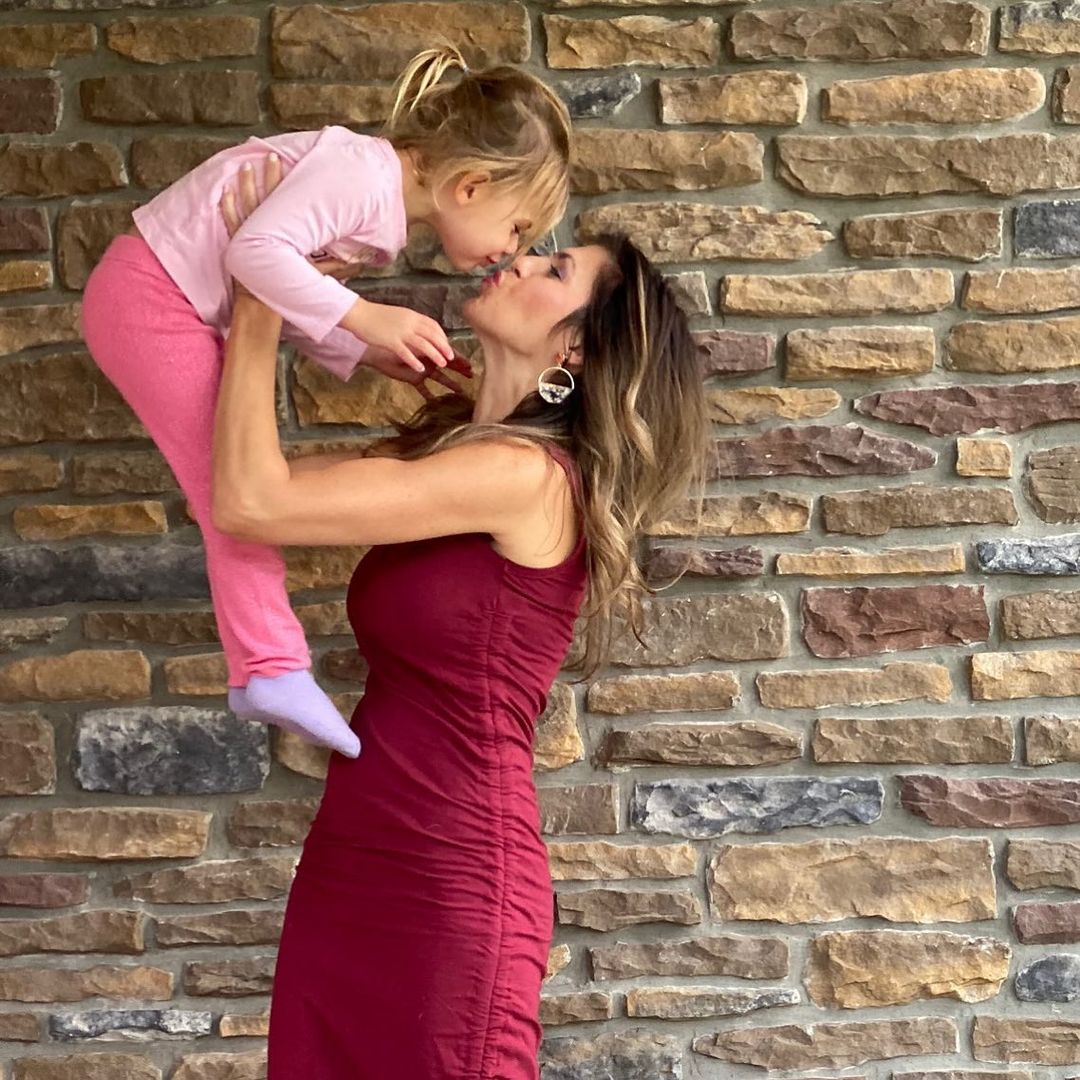 She then raced back to the school to find Lola had thankfully been safely returned by another student's grandfather.

Jessie continued: "The teacher handed her to another grandpa who regularly picks up his granddaughter – the masks caused confusion.

Although Jessie's story has a happy ending, she urged other parents to teach their kids the danger of talking to strangers – especially now that face masks are commonplace as a result of the pandemic.

Teach your kids it’s ok to ask to see faces if they aren’t sure it’s someone they know.

The mum continued: "Teach them it’s ok to ask to see faces if they aren’t sure it’s someone they know.

"Teach them to understand that adults can make mistakes too and to speak up and use their voice if they think something isn’t right.

"And lastly – things like this happen every day and so many aren’t as fortunate as me to get their baby back in their arms safely."

"For tonight – I count my blessings. Tomorrow, I stand up and advocate for better policies for our children’s safety." 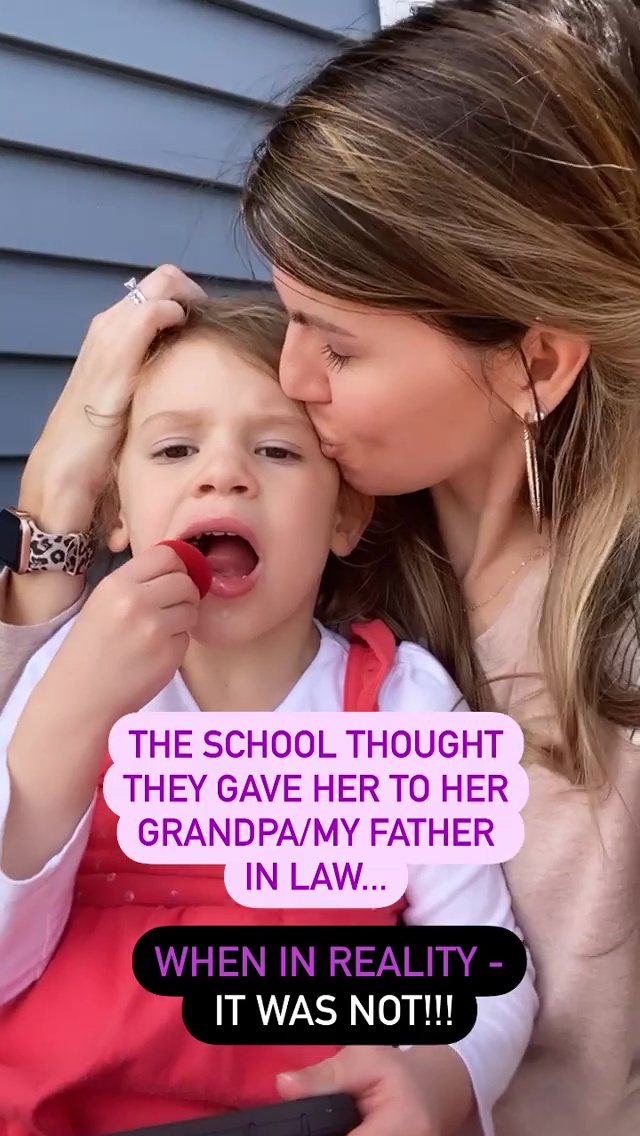 Needless to say, Jessie's emotional post struck a chord with followers who have learnt from her experience.

One replied: "JESSIE! I am crying for you. How incredibly SCARY."

"Glad she is okay, definitely scary," another added. "Thank you for bringing awareness to this!"

For more real life stories, this mum has had 10 babies in 10 months thanks to surrogates, she's got 11 nannies to look after them all and want 100 more.

And this mum fumed after nursery wrote on baby’s tummy in PERMANENT marker to shame her after she forgets to bring in nappies.

Plus this soon-to-be mum-of-16 spends £400 a week on food, needs a bus to get around but her cleaner husband supports them.