A STUDENT nurse has told how her world fell apart when she discovered her partner had been taking explicit photographs of her as she slept, showered and dressed.

Mum-of-one Lucy Lear found a stash of over 30 intimate images – taken secretly over a three year period – of her naked and partly-clothed body stored on Dale Bastin’s phone. 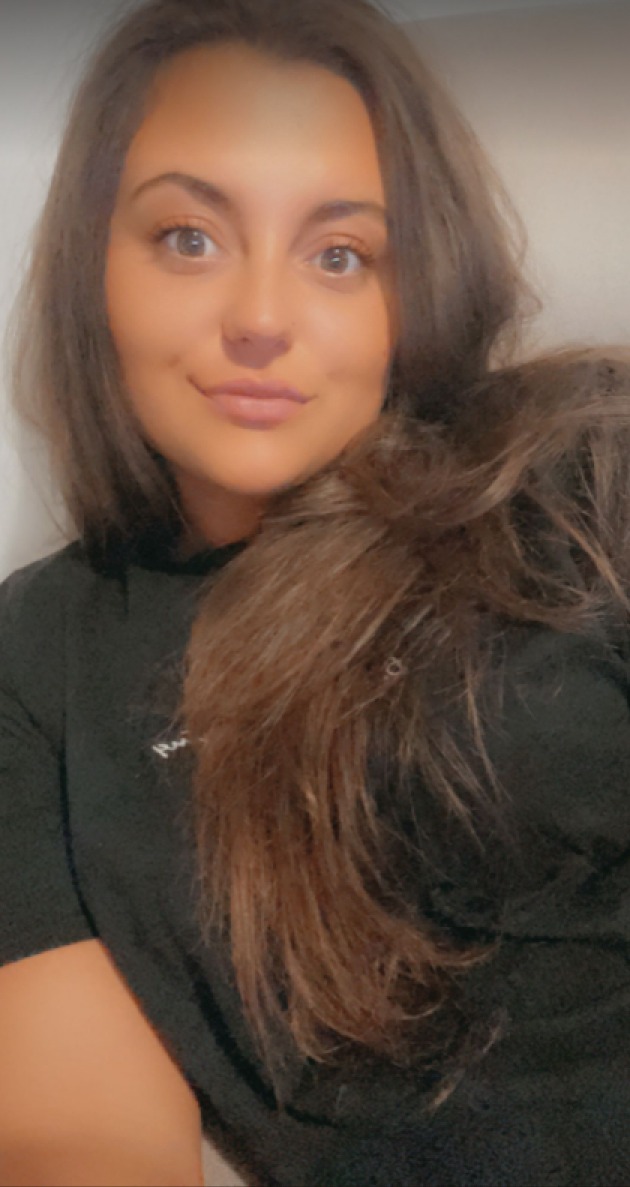 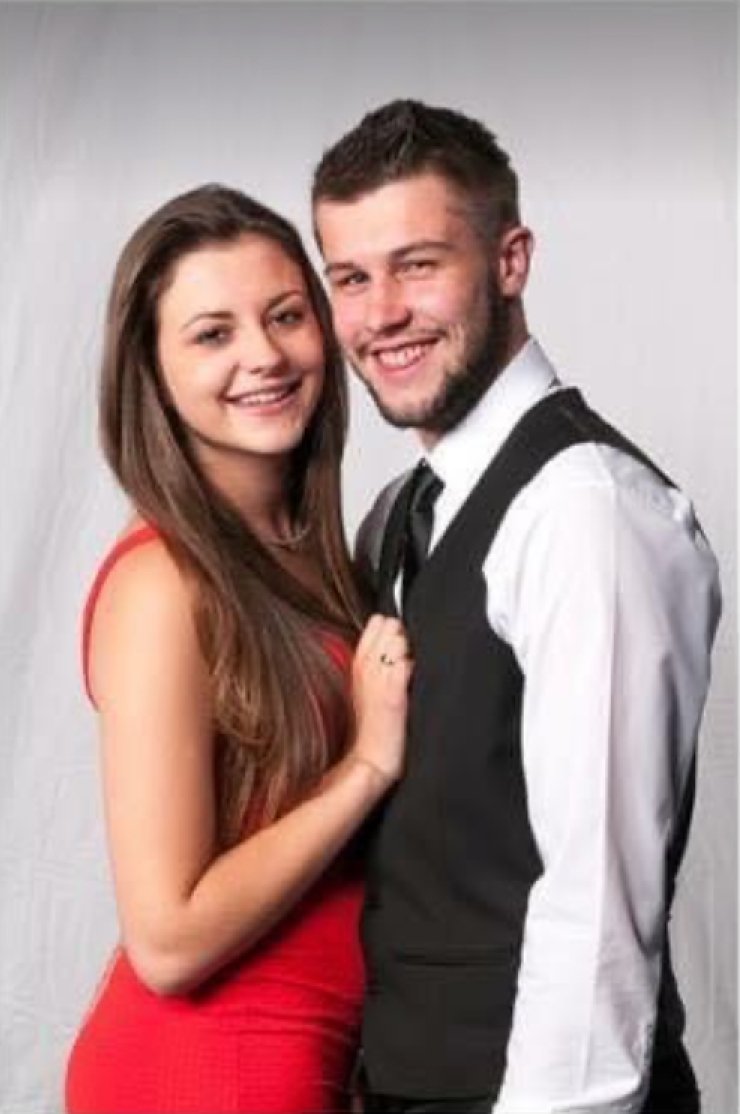 But it took the courts an astonishing year-and-a-half to prosecute sick Bastin, 26, for voyeurism.

He was given a six-month jail term, suspended for 18 months, and put on the sex offenders’ register for seven years.

Lucy, 24, who has waived her legal right to anonymity, said: "The photographs were taken in my own home where I should have been safe.

"I loved Dale Bastin but after what he’s done to me I don’t think I’ll ever trust a man again.’

Lucy says she was a love-struck 16-year-old when she got together with Dale.

"He was two years older than me and I thought I was the luckiest girl in the world," she says.

Two years later, in November 2015, the young couple welcomed their daughter into the world.

Lucy, who was just 18 at the time, remembers: "Cradling her in my arms after a long, traumatic labour, I knew my life had changed forever.

"From now on, she would always come first. I was a mum with responsibilities and I grew up fast."

When Grace was three months old, Lucy moved into her own place.

"But while I embraced family life, Dale didn’t fully commit," she recalls. "He stayed over when it suited him but didn’t officially move in."

Life as a young parent was a hard slog but Lucy was determined to provide a good life for her daughter and started training to be a nurse.

She says: "Sometimes I felt like a single mum at home with Grace while Dale partied with mates."

Eventually, the couple split up.

With Dale out of the picture, Lucy says life was easier in many ways.

The photographs were taken in my own home where I should have been safe.

"With no distractions, my full focus was on my girl," she says.

But in time they got back together.

"He said he missed us and wanted to be a proper family. It was music to my ears. That was all I’d ever wanted.

"Cautiously, I agreed to give him a second chance."

Lucy, from Devon, allowed Dale back into her life and they made plans to move in together.

Then one night as the couple watched TV together, Lucy was looking at Dale’s phone.

"One photo immediately caught my eye  – it was a bare bum," she said.

"But it had nothing to do with another woman – it was my bare bum, sticking out from under my duvet.

"In the background, I recognised my bedside table. I realised Dale must have taken the photo when I was asleep.

"Trembling, I opened the folder and clicked through the photos.

"There were over 30 images of me. Judging from the decor, I knew some dated back over three years.

"They’d all been taken in my own home while our daughter slept innocently in the next room.

"In most of them I was asleep, naked in bed.

"Others were taken secretly through the shower curtain as I washed my hair, completely oblivious.

"In one photo, I was naked bending over to get clothes out of a drawer.

"Some of the photographs were extremely explicit close-ups of my private parts. Dale had pulled my underwear aside while I slept. I felt violated."

She says: "He asked for his phone but I refused to give it back to him.

"Then I ran to the bathroom and threw up.

‘In the background, I recognised my bedside table. I realised Dale must have taken the photo when I was asleep.

"I felt like my whole life was a lie. While I played happy families, the man I loved and trusted was sneaking around taking degrading photos of me.

Dale left the house and Lucy tracked him down the next day to confront him.

She says: "He didn’t deny taking the photos and was unable to explain why he did it."

Later that afternoon, in December 2019, Lucy called the police.

She says: "It took a lot of courage to make the call.

"And to my dismay the call handler said they didn’t know if they could help, describing it as a 'grey area’.

"I knew that was ridiculous. What Dale had done to me was wrong. But what if the law saw it differently?

"Thankfully a member of the domestic and sexual violence team called back, and reassured me Dale had committed a crime.’

Lucy gave a statement to the police and – four months later, in April 2020 – Dale was charged with voyeurism.

Lucy says: "He pleaded not guilty, and even accused me of planting the photos.

"My house no longer felt like my home and we had to move.

"Tormented by nightmares, I barely slept. I was diagnosed with PTSD and referred for counselling.

"I paused my degree and took time off work to focus on Grace.’

There were over 30 images of me. Judging from the decor, I knew some dated back over three years. They’d all been taken in my own home while our daughter slept innocently in the next room.

Then in July 2021, at Exeter Crown Court, Dale owned up to his crime and pleaded guilty to five counts of voyeurism.

Lucy says: "In my victim impact statement, I told the court how dirty and ashamed I felt, and how what Dale had done haunted me."

The judge told Bastin: “The victim was astonished and shocked to find some images of her which went back some time. They were photographs taken without her knowledge when she was either naked or partly clothed.

"Her face is not visible in any one of them. You were treating her not as a person with her own free choice, but merely as an object for your gratification.

"I am not convinced that even now you understand how serious these offences are and the very real harm you have caused."

Bastin told the court: "I don’t know what’s wrong with me."

He was handed a six-month sentence, suspended for 18 months, given 100 hours unpaid community work and 20 days of rehabilitation activities, and put on the sex offenders' register for seven years.

He was also ordered to pay £500 costs and banned from any further contact with Lucy.

Lucy says: "The sentence is pathetic. What Dale did change my life forever and I think he should be behind bars.

"I’m just grateful I found the photos when I did before we settled down and had more children.

"I’ve resumed my studies and I’m trying to move on with my life. My daughter is six now and my world.

"It breaks my heart that she’ll grow up without her dad.’ 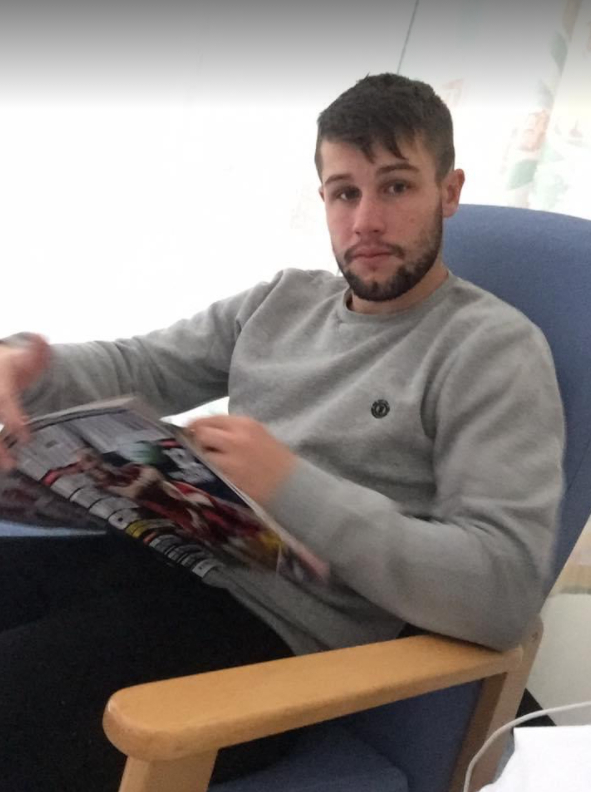 In related news….I’m a relationship coach – and this is what EVERY woman needs to be in order to have a happy relationship.

More on relationships, see how one groom ditched bridezilla fiance at the altar after finding out she’d secretly forced his mates to pay for a £7k cake.

In other news…I moved city because my ex-husband had NINE kids behind my back.