Here, she shares her story of how she overcame vaginal cancer. 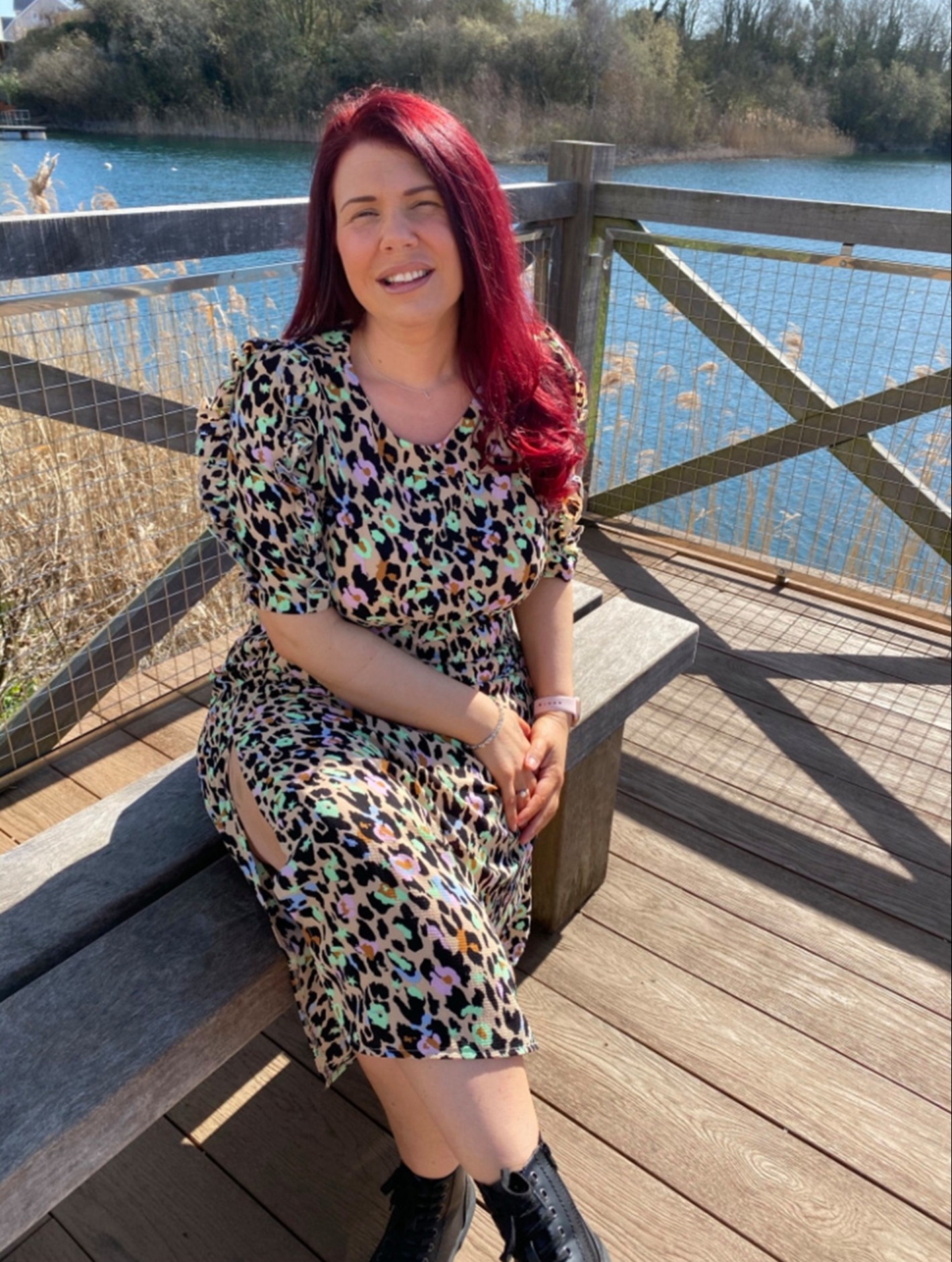 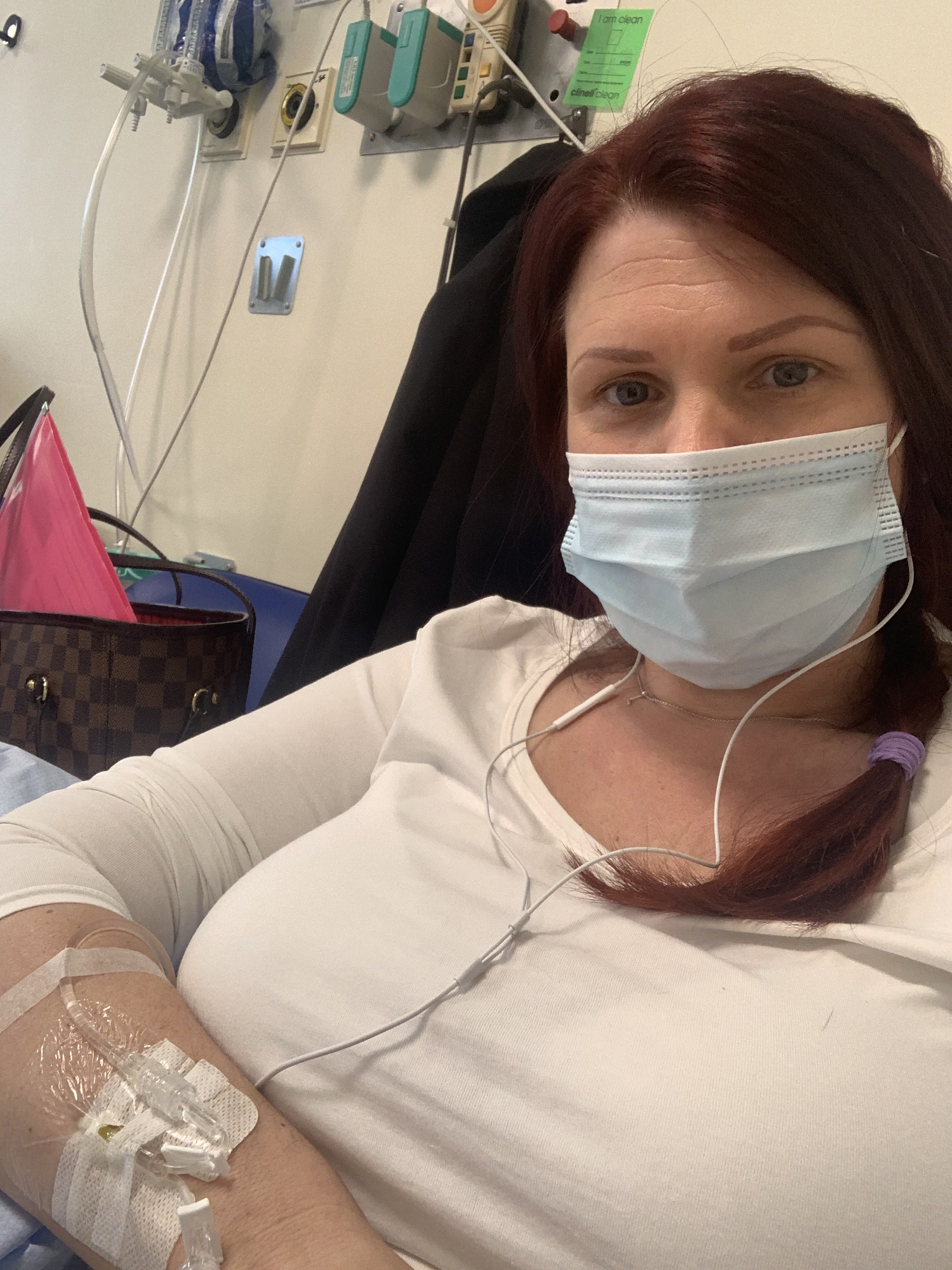 Watching my son Laurence smiling as I collected him from football club, I felt my heart break.

I knew that once we got home, I’d have to break the news to Laurence, then 10, his sister Lillie, 16, and brother Mitchel, 19, that I’d been diagnosed with vaginal cancer.

Around a year and a half earlier, in July 2018, I’d started suffering from regular urine infections. The GP prescribed antibiotics, but they kept coming back.

It meant I didn’t want to have sex with my husband Stevie, which took a toll on our marriage – we’d been together for more than 20 years and always had a healthy sex life.

In September 2019 I started bleeding between periods and after any sex we did have. By December it was worse and I had a nasty smell down there.

'I KNEW SOMETHING WASN'T RIGHT'

I knew something wasn’t right, so I went to see the nurse at my doctor’s surgery in January 2020. She told me she could see a 5p-sized lesion to the side of my cervix. I was so terrified, I phoned Stevie in tears.

We agreed not to tell the kids until we found out what was going on. Ten days later I was sent for a colposcopy, where a gynaecologist looked at my cervix through a camera.

On January 31, I got a call asking me to see the doctor at Tonbridge Hospital that afternoon, advising me to bring someone with me. I knew it would be bad news.

Stevie and my in-laws were allowed to be with me when I got the diagnosis: I had vaginal cancer. We all cried and had a million questions – we’d never even heard of it before.

On our way home, we collected Laurence from football, and by the time we walked through the door I was beside myself. Stevie told the kids, who were heartbroken, as I was too upset. That night, I stared at the ceiling unable to sleep. I didn’t want to die. 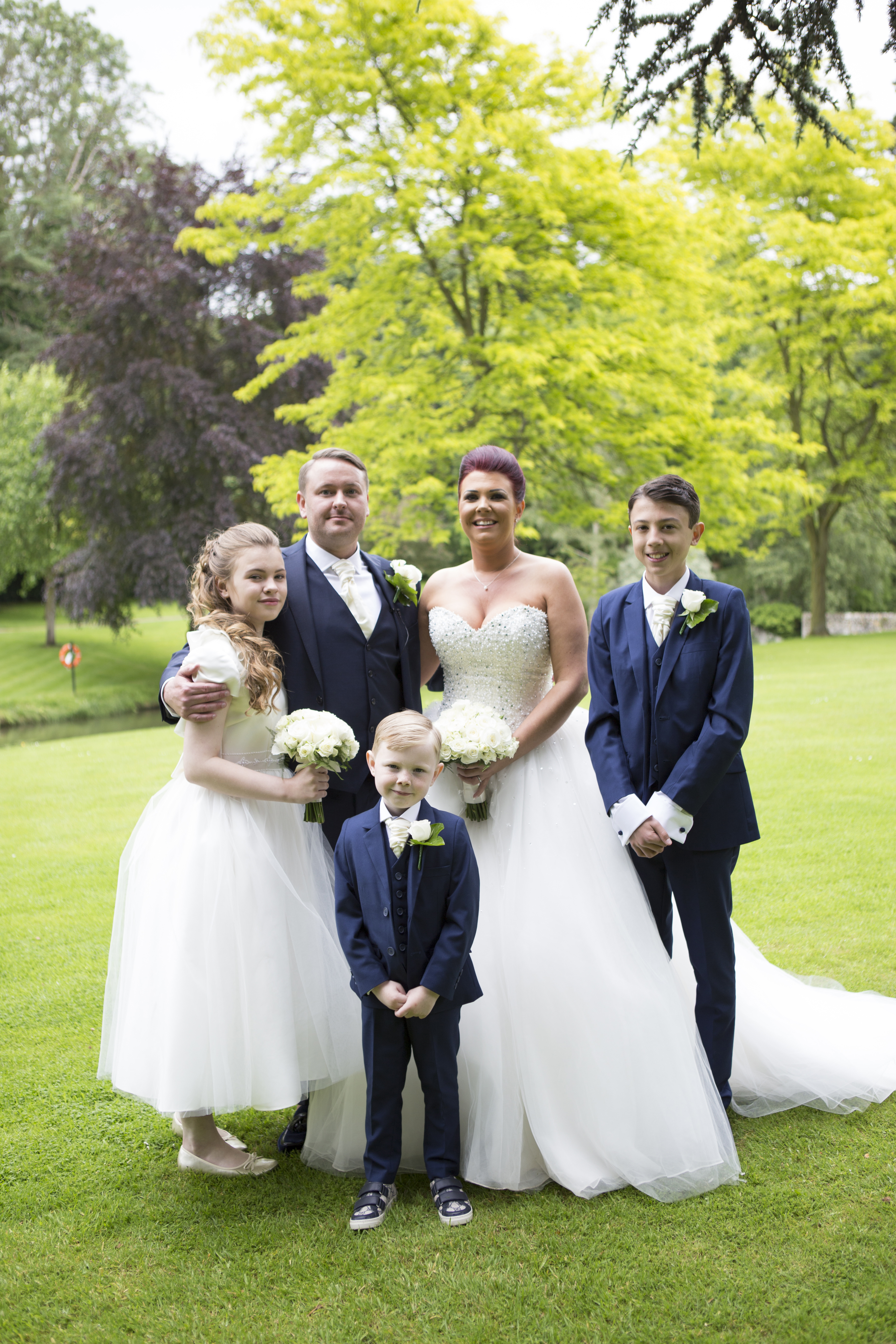 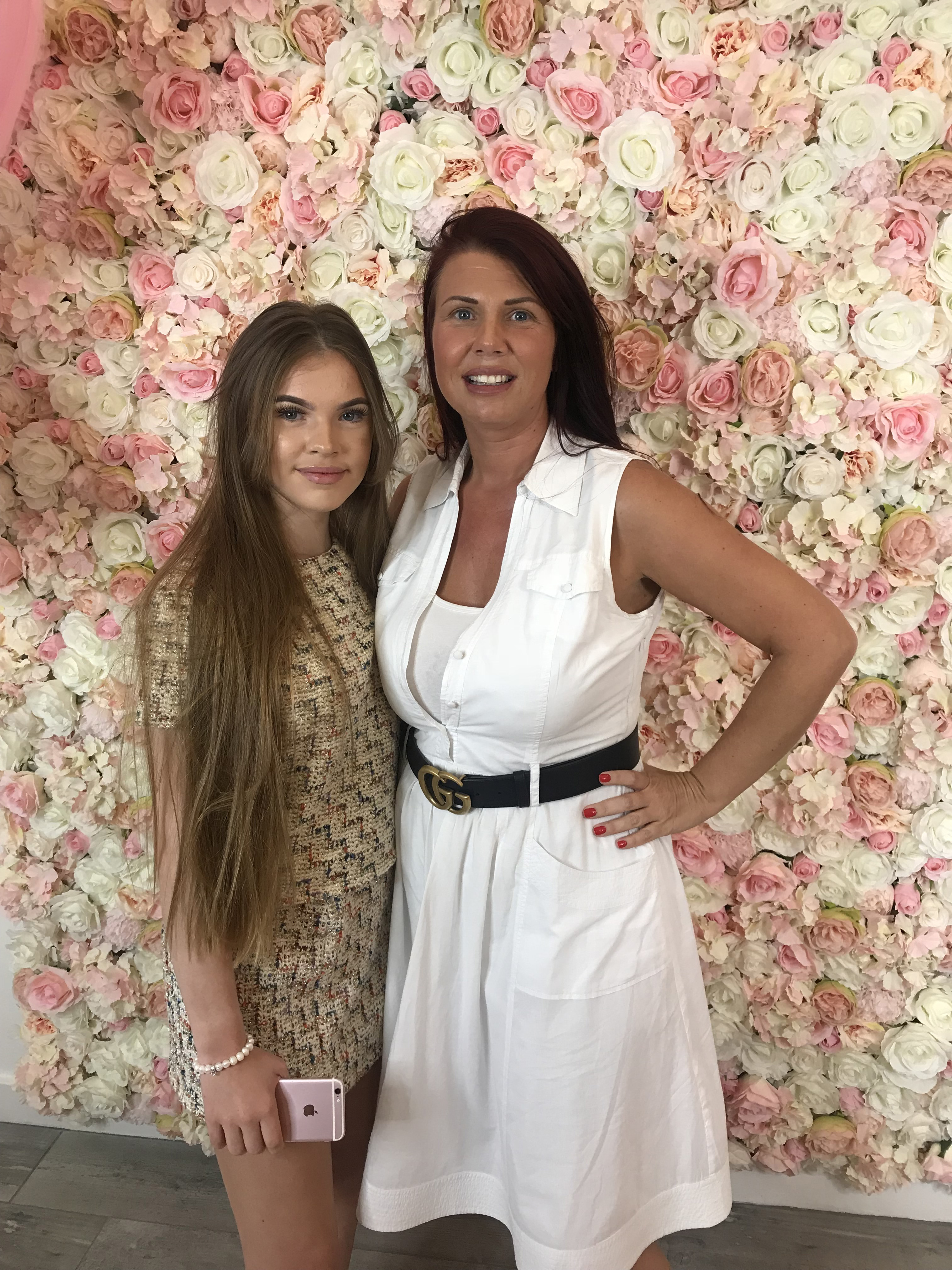 Everyone I told was so shocked. For many people, talking about problems with your vagina is taboo, but I’ve always been open about my diagnosis. I was terrified I might not survive the cancer, and if I did, I didn’t know if I’d be able to have sex ever again.

Fortunately, after several MRI scans, in March 2020 doctors said my tumour was very small and they could operate to remove it. I’d then need chemotherapy and radiotherapy, which would bring on early menopause.

I wasn’t worried about losing my fertility as I already had three children, but I was anxious about other side effects. I didn’t have time to think about it too much, though.

I had surgery on March 18, five days before the country went into lockdown, then chemo and radiotherapy started in May.

It was tough going through it all during a pandemic and attending hospital appointments alone. I was more vulnerable to the virus, so had to shield, though I felt very fortunate to get the treatment.

Luckily, I didn’t lose my hair from the chemo, but I suffered terribly with sickness and diarrhoea.

After my treatment finished in June, the menopause kicked in – the hot flushes and sweats were horrendous, so I was relieved to start HRT in September, which made a huge difference. The next month I was given the all-clear and we were all ecstatic.

I was expecting my oncology team to say I couldn’t have sex for a while, so I was surprised when they encouraged me to try it. Radiotherapy can shrink the vagina and make it less elastic, so I was given dilators to stretch it.

When Stevie and I did become intimate, the elasticity hadn’t gone as much as we thought, and our sex life is getting back to normal now.

For the first few months I had a low libido because of the menopause, but HRT has helped.

I had counselling to tackle my anxiety about the cancer coming back, and I finally feel able to move on.

It might seem embarrassing to talk to your doctor about problems ‘down there’, but getting a diagnosis and treatment early can save your life. Trust your gut – you know when something isn’t right.”

Gynae charity The Eve Appeal has joined with Always and Tesco to raise awareness of abnormal bleeding as a cancer symptom with the Know Your Normal campaign (Eveappeal.org.uk/knowyournormal). 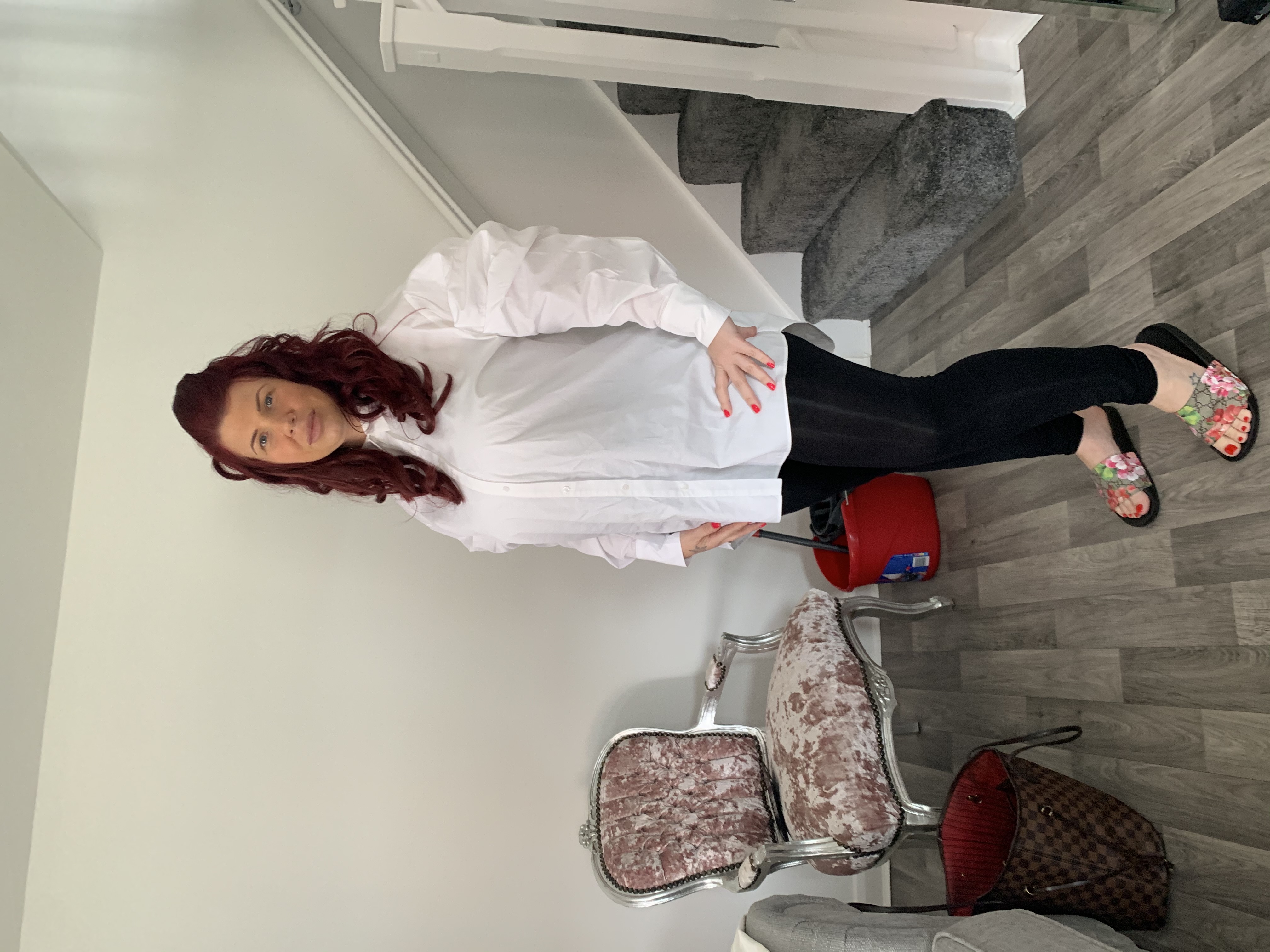