EVERY child’s first day at school is special, but for one mum, waving goodbye to her daughter has been nothing short of a miracle.

Hannah Wallace, four, has spent over eight months of her life in hospital, surviving three liver transplants as well as hundreds more life-saving procedures to keep her alive against all odds. 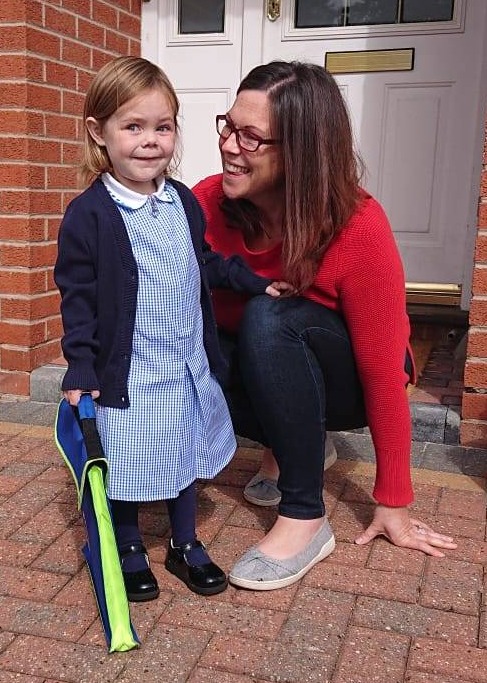 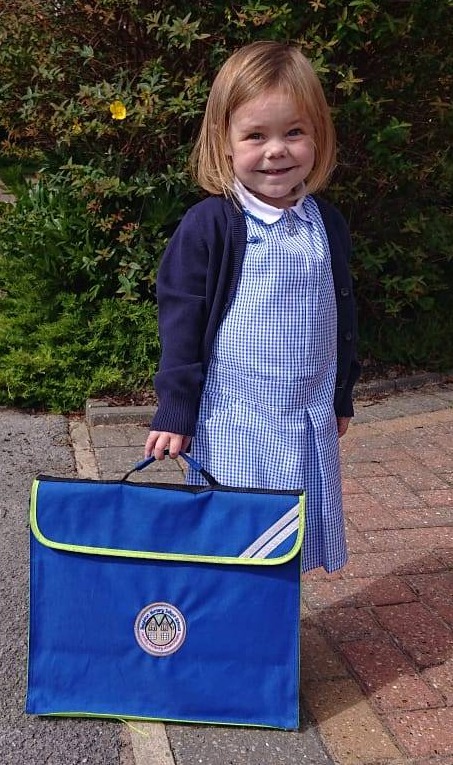 Now starting reception at Beighton Infant School in her hometown of Sheffield for the first time, mum Amanda says she and her husband Tom never thought this day would come.

“She’s spent over eight months of her life in hospital, but she’s made it.”

'It was absolute hell'

However, her liver function didn’t improve and at five months old Hannah was put on the transplant list. 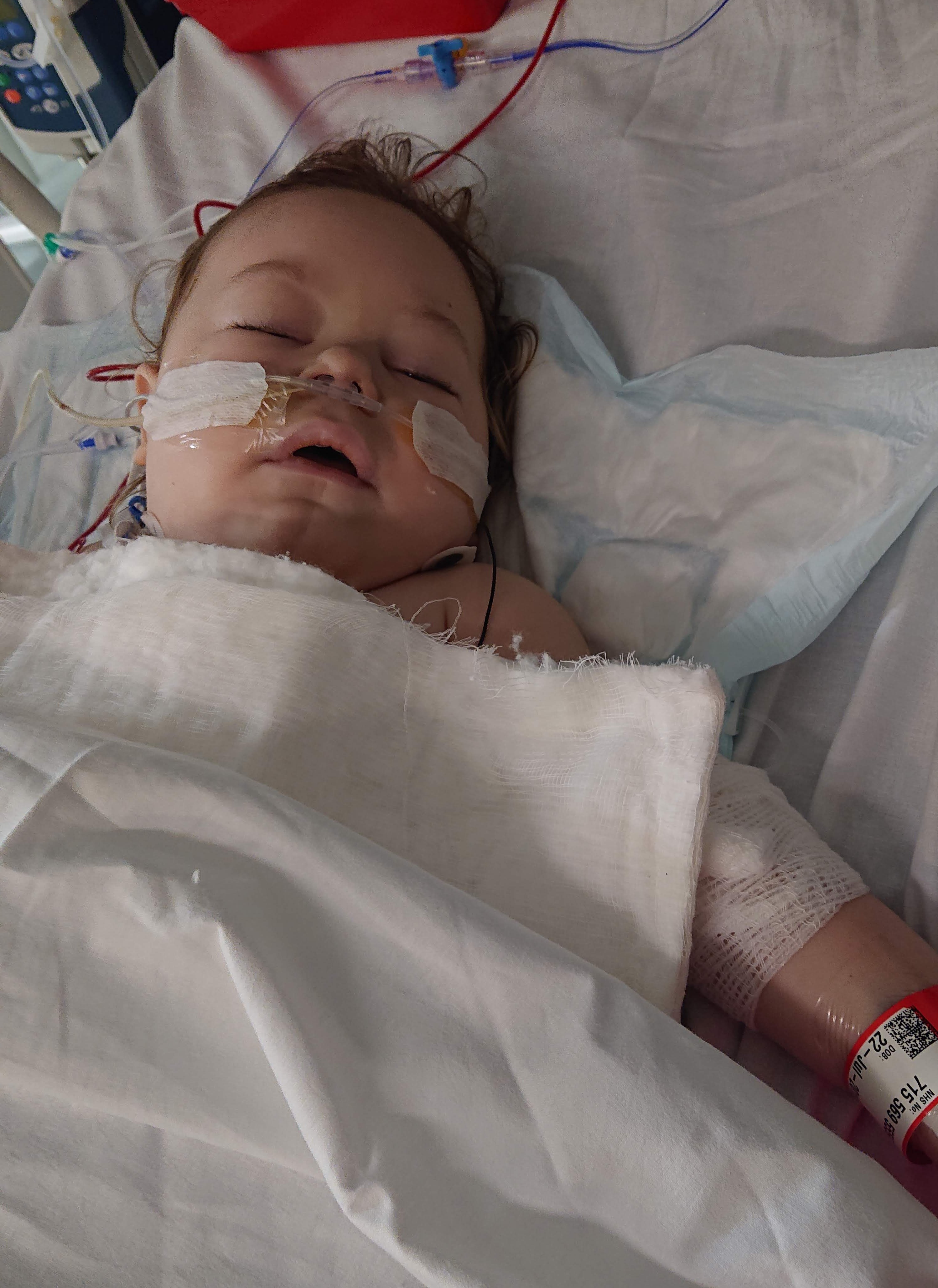 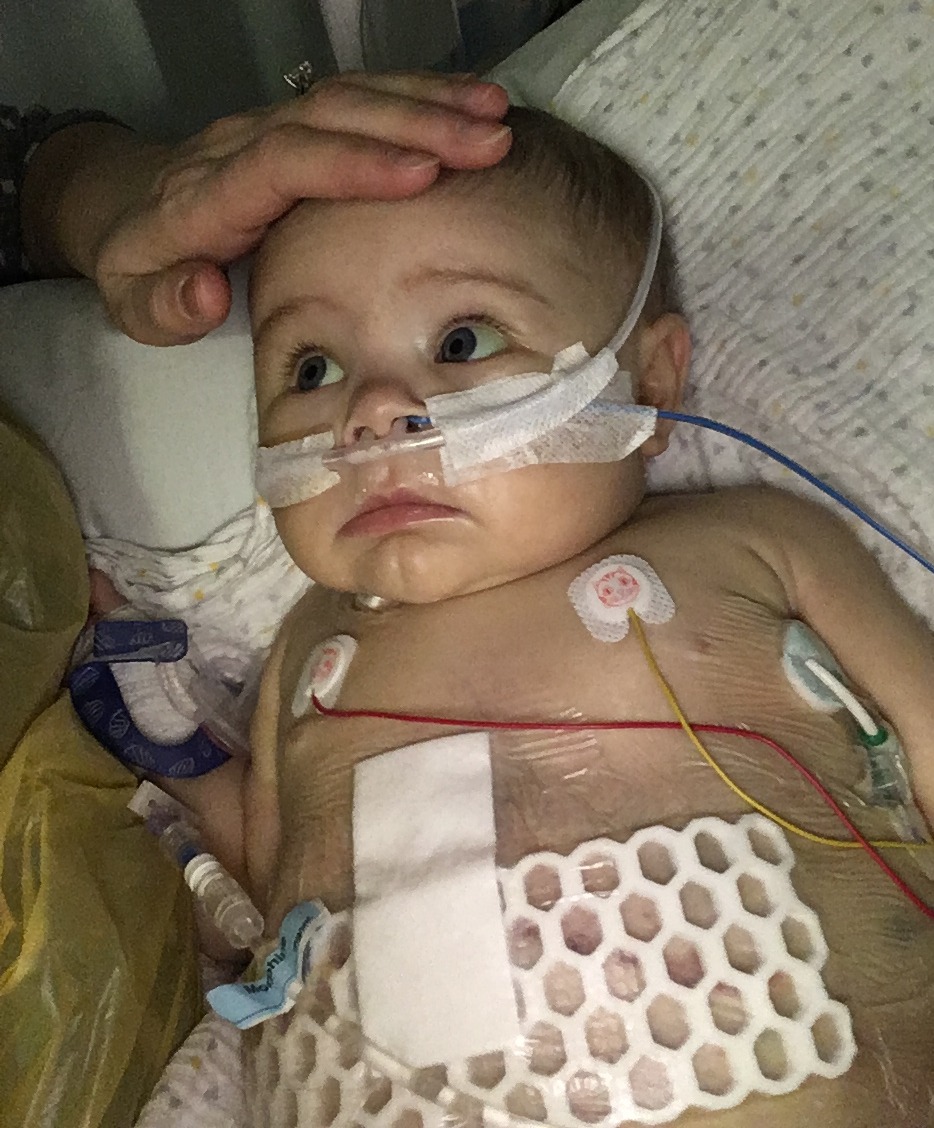 Amanda was deemed to be a good match, so donated a section of her own liver to save Hannah’s life.

But immediately after the eight-hour operation at Leeds General Infirmary the family were given bad news – a clot had been detected in the portal vein leading into Hannah’s liver and she was put straight onto the ‘super-urgent’ transplant list.

Just a week later they got the call they’d been waiting for, and the tiny tot was rushed back into theatre to have her second transplant op, followed by more agonising weeks in hospital waiting to see if this time it had worked.

But later that year in the autumn of 2017 many of the same life-threatening symptoms returned. 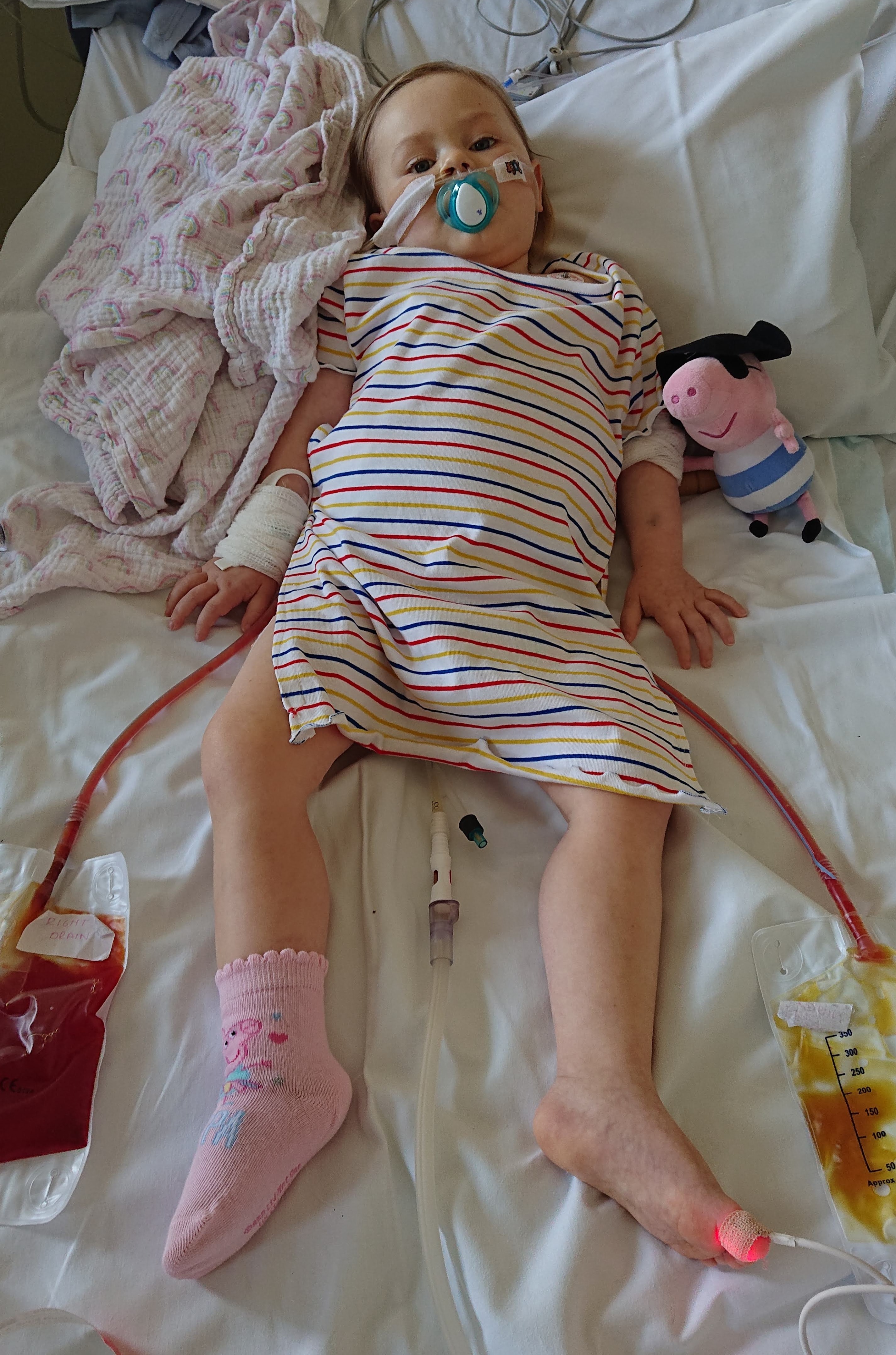 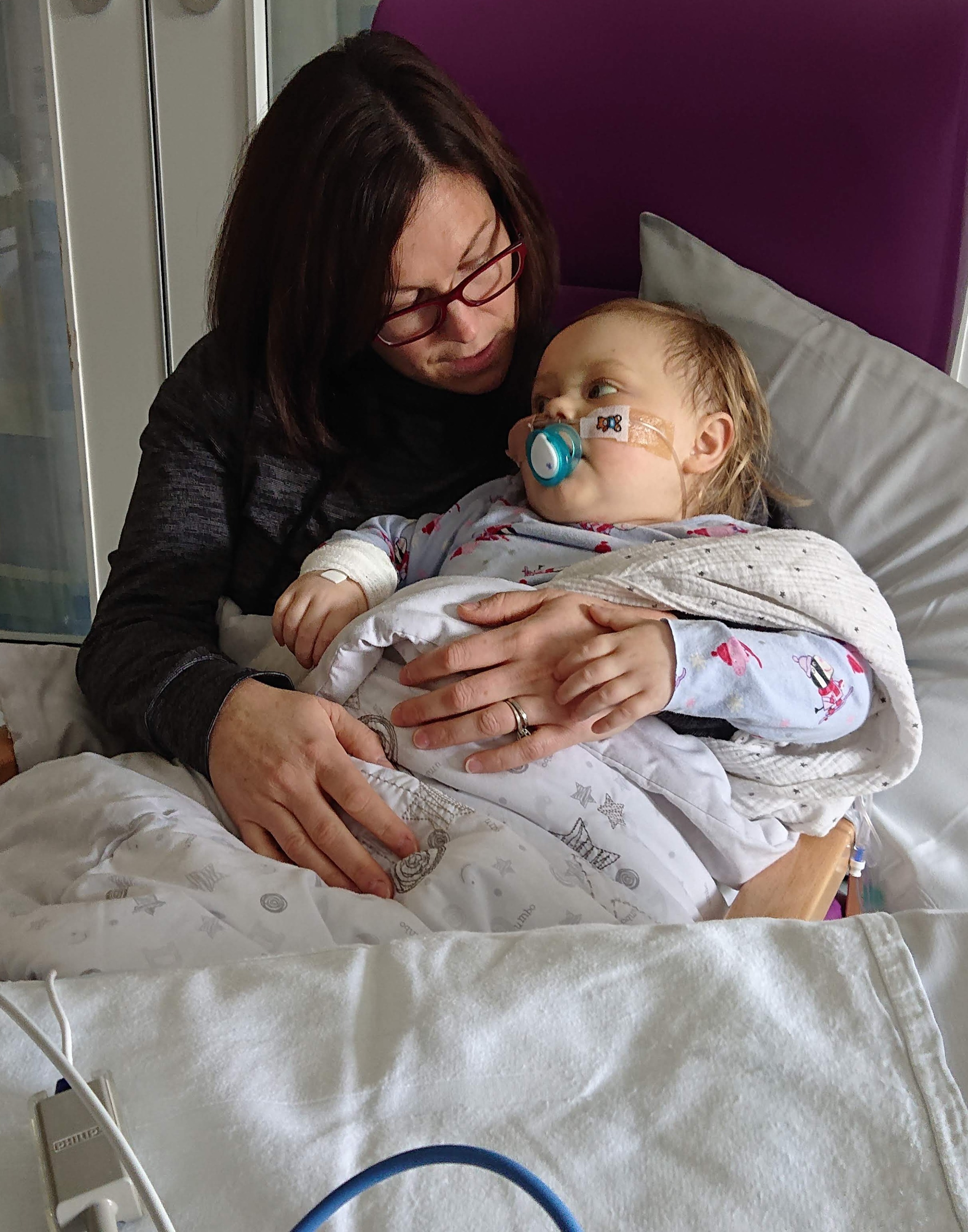 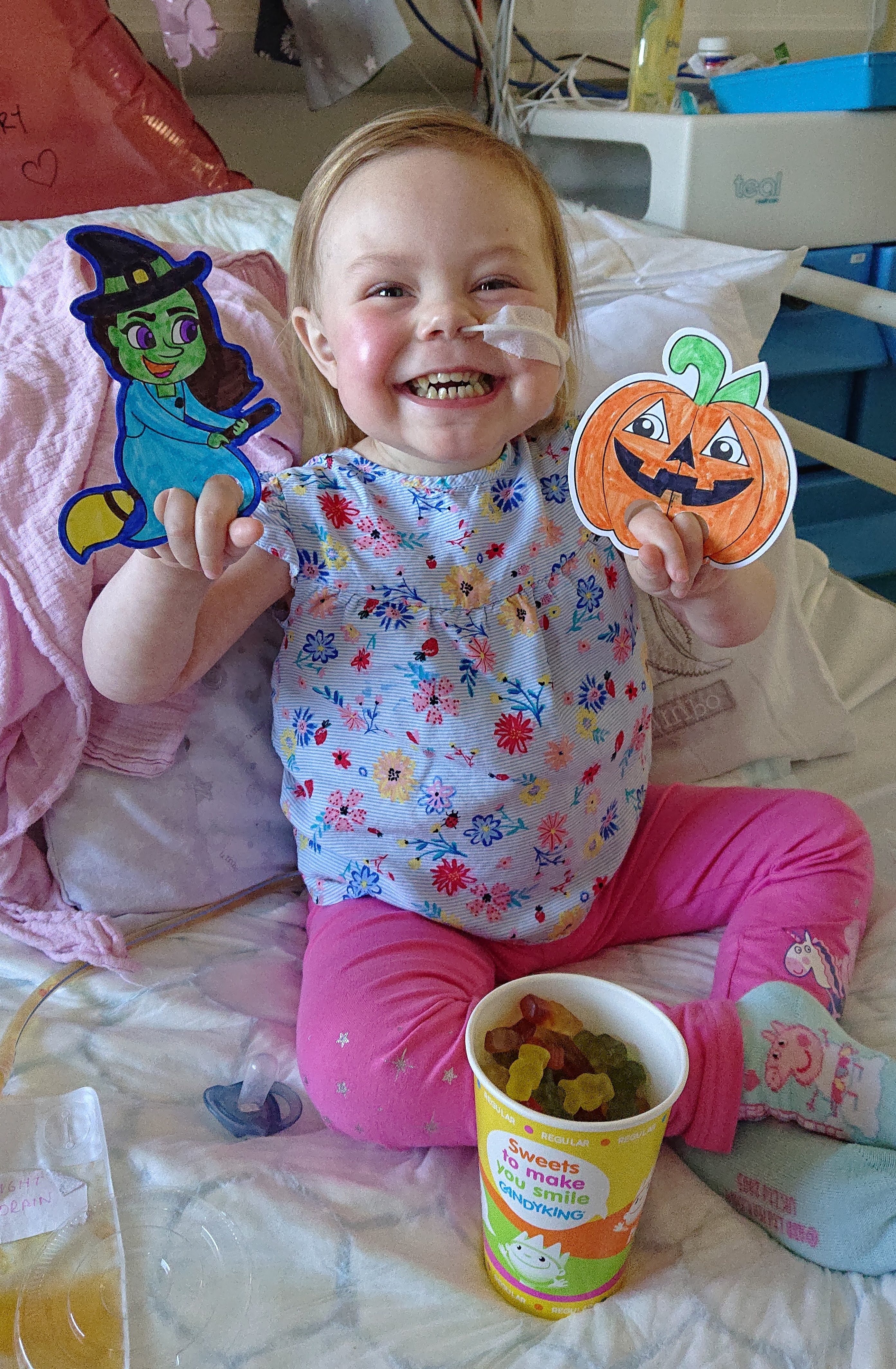 “The next two years were absolute hell, with Hannah suffering countless infections and a undergoing a series of massive operations to fix her – but nothing worked,” Amanda says.

“She had a PIC line in her hand 24-7 so the doctors could give her antibiotics and general anaesthetic every time she needed another scan, biopsy or goodness knows what.

"Spending weeks by her bedside in hospital praying for a miracle, Tom and I lost count of the number of times we thought we might go home without our precious little girl.” 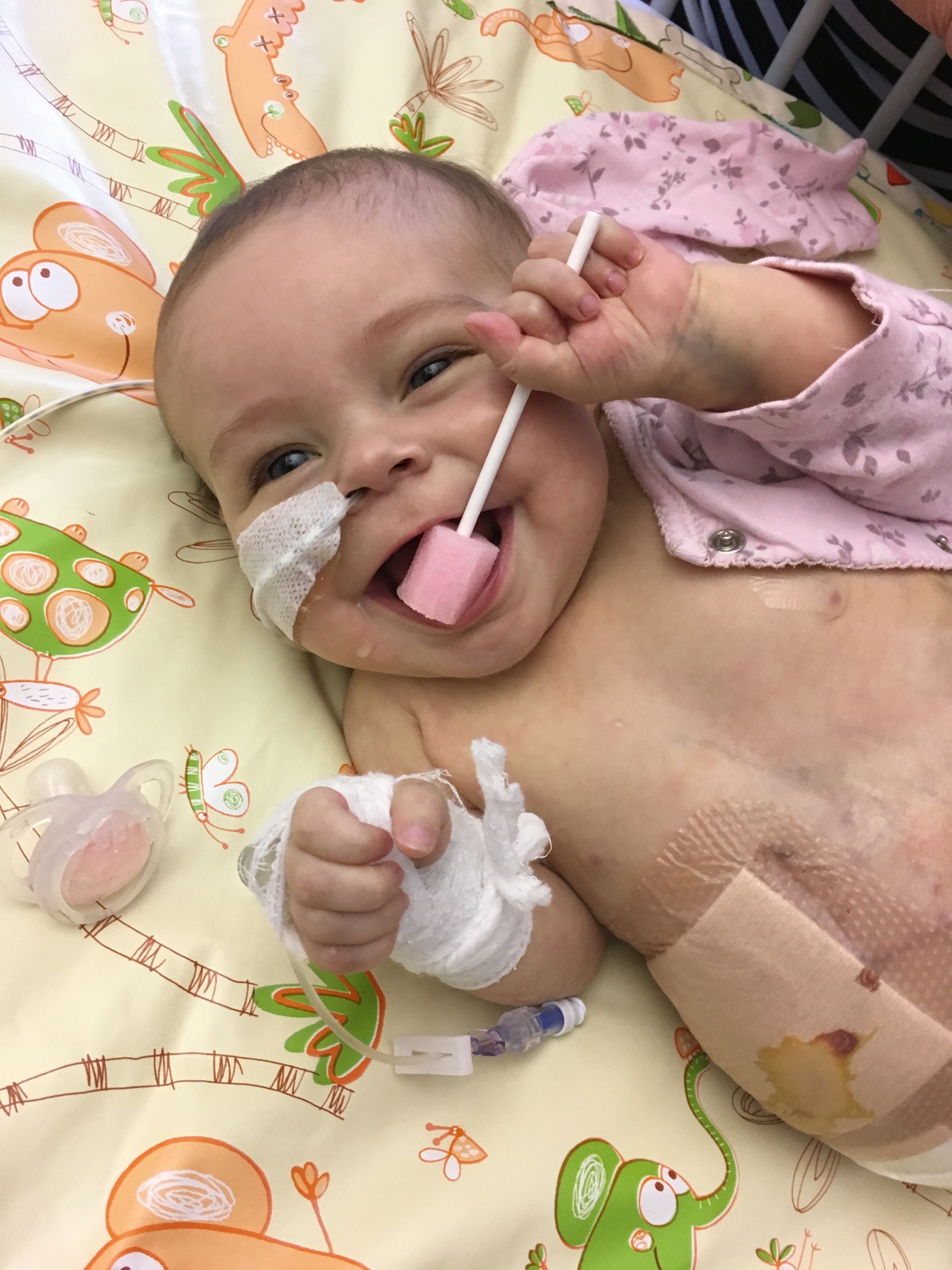 Listed for the third time in December 2018, ten months later the parents finally got the call that ANOTHER liver had been found that they hoped this time would save their daughter’s life.

“We had a hospital bag packed, ready, by the front door for most of 2019, never knowing when or if a suitable liver would be found,” Amanda says. 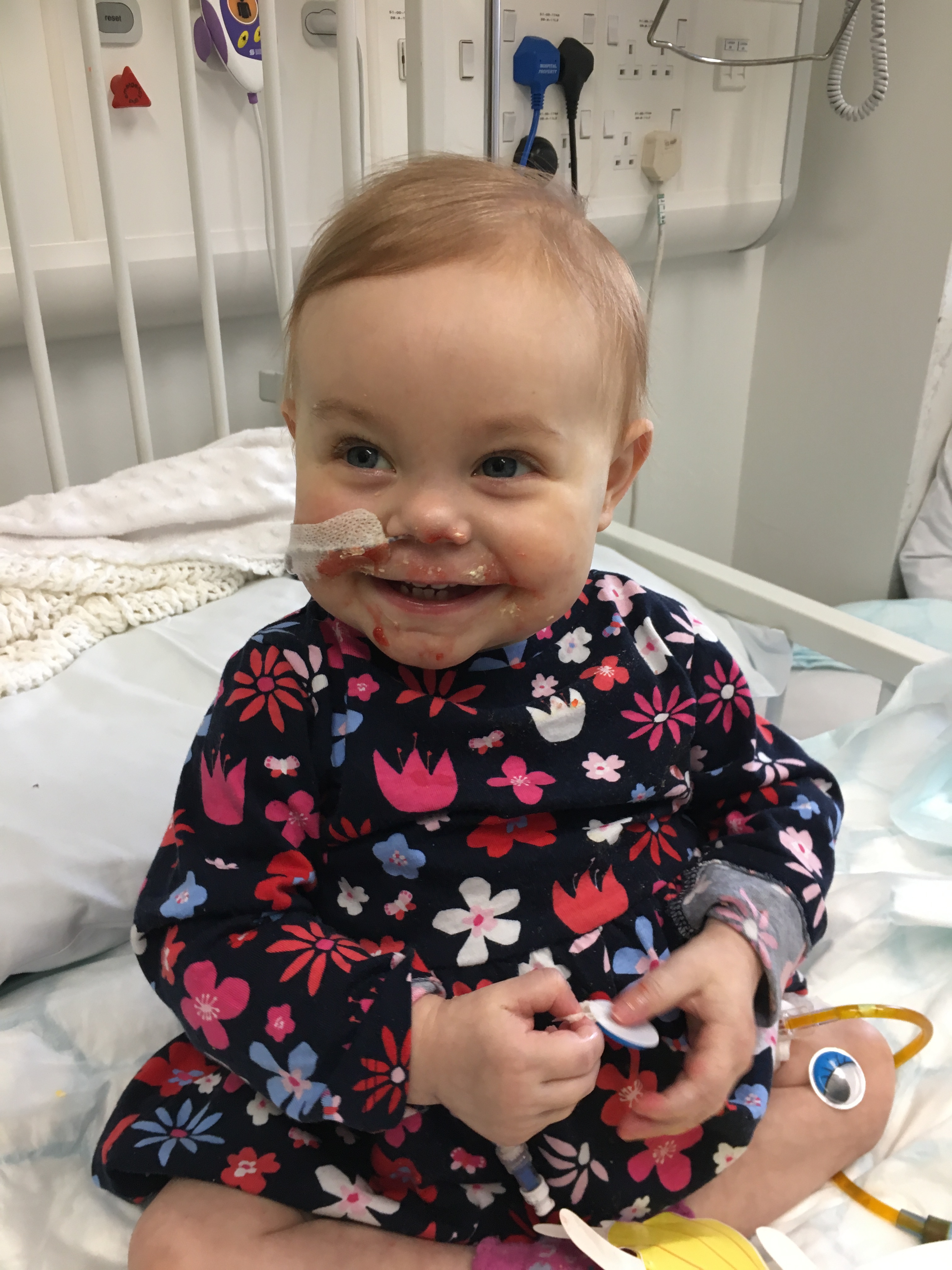 This time they were told the surgery would be riskier than ever because of the complicated surgery to remove the old, scarred liver before putting in the new one.

Eleven hours later Hannah came out of theatre and her parents thought this time they could relax and start planning their family’s future together.

But within minutes, nurses picked up a massive bleed in her bowel caused during the transplant, and she was rushed back in for yet more life-saving surgery. 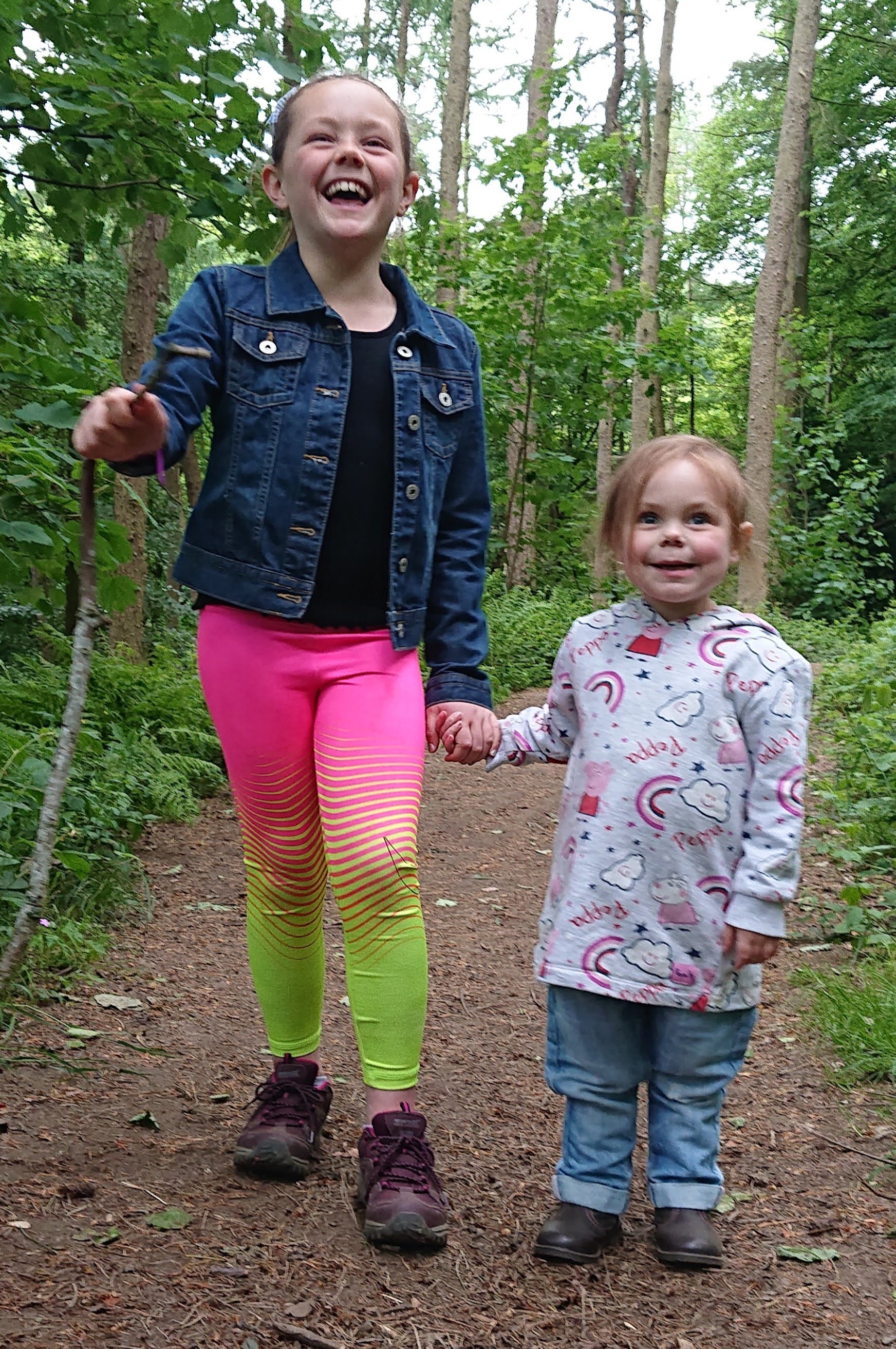 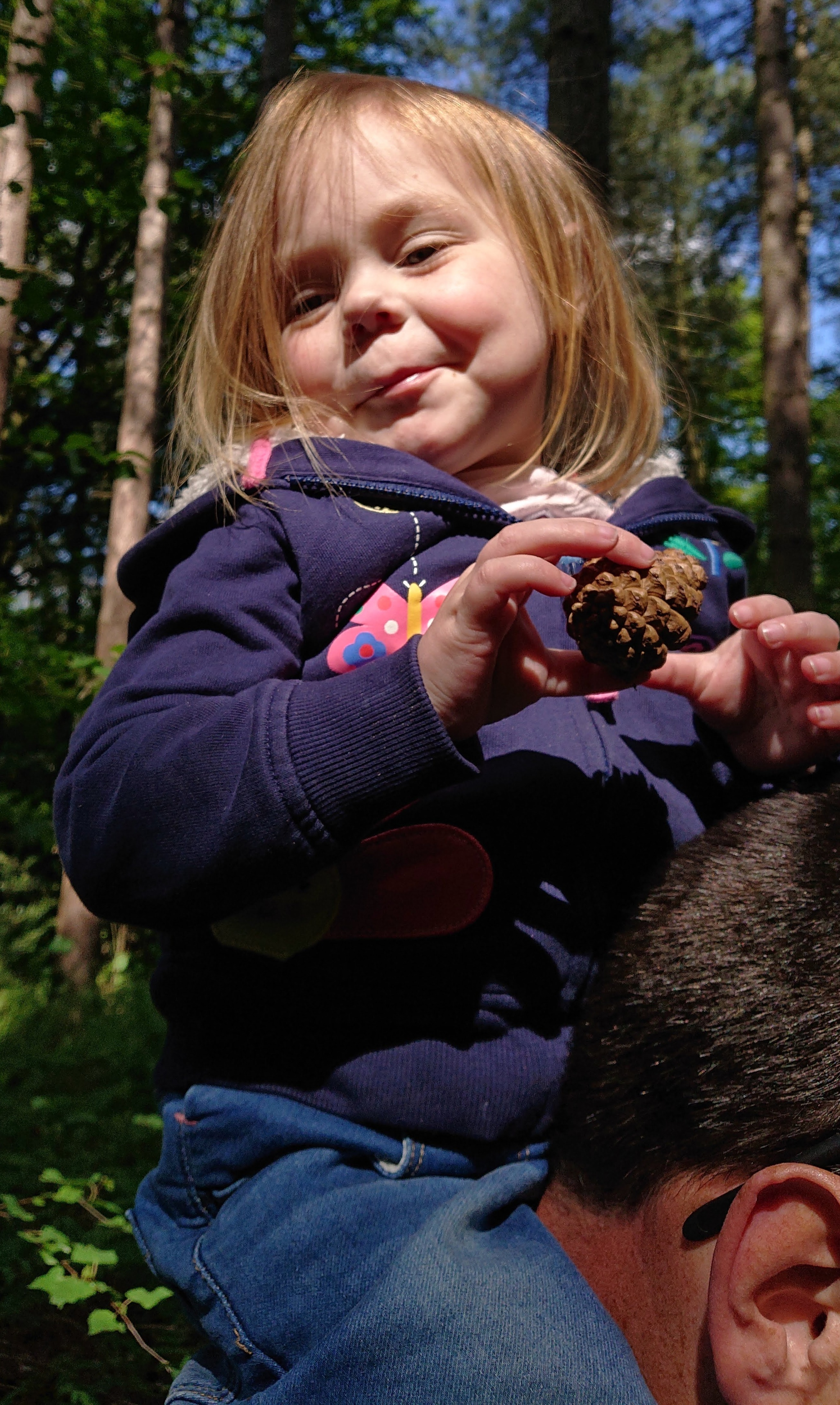 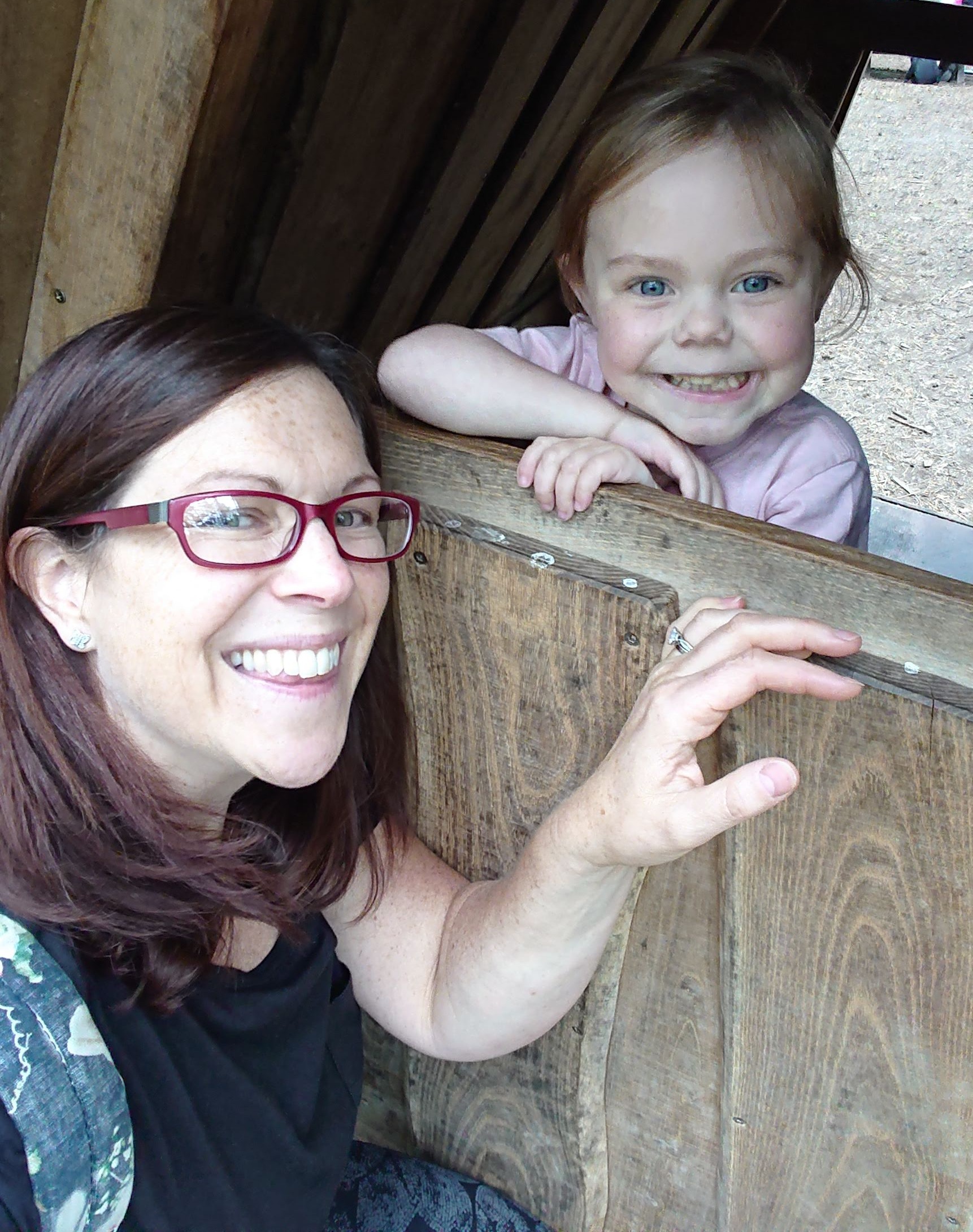 Undergoing two more massive surgeries at the start of this year to correct a twisted bowel and a reconstruction of her bile ducts, speech and language therapist Amanda says brave Hannah is finally ready for school.

She says Hannah and her older sister Mia, 8, have been playing ‘schools’ all through lockdown.

“The moment we bought Hannah’s new uniform she wanted to wear it all the time – she literally couldn’t wait for this day to come,” Amanda adds.

What is Biliary Artesia?

'She’s just so happy to be here'

Weighing just 12.5kg – at the bottom of the lowest 1 percentile – what four-year-old Hannah lacks in stature, she ‘makes up for in feistiness and fun’, Amanda says. 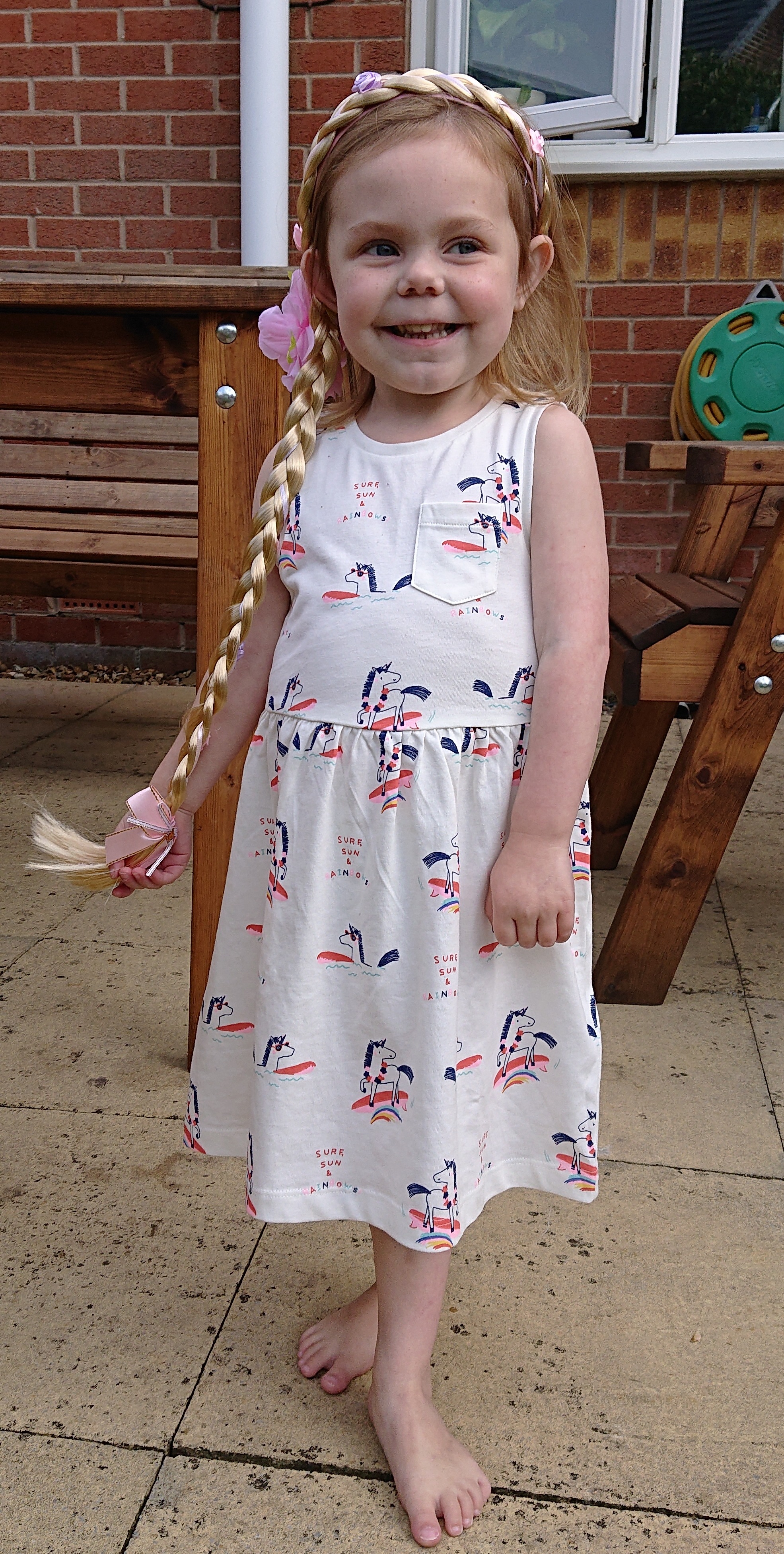 “She’s just so incredibly happy and smiley, it’s infectious – I guess, like us, she’s just so happy to be here, about to start school and get on with normal life!

“I know I’m going to be blubbing mess when I see her walk into that classroom for the first time. 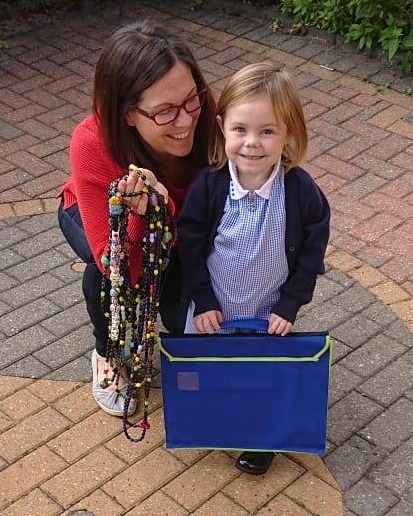 "We’re just so incredibly grateful to those two donors and their families who selflessly gave Hannah another chance, and also to the incredible doctors and nurses at Leeds General Infirmary.

"After all we’ve been through, taking Hannah for her first day at school is a dream come true.”

The family has been supported throughout by the charity Children’s Liver Foundation, the UK’s only charity for children’s liver disease.