AN EXPECTANT woman has revealed online how her husband wants to join her in the birthing pool when she delivers their baby.

The pregnant mum told shocked Reddit users that her other half's "bath obsession" was behind his request – and asked if she was wrong to be against it. 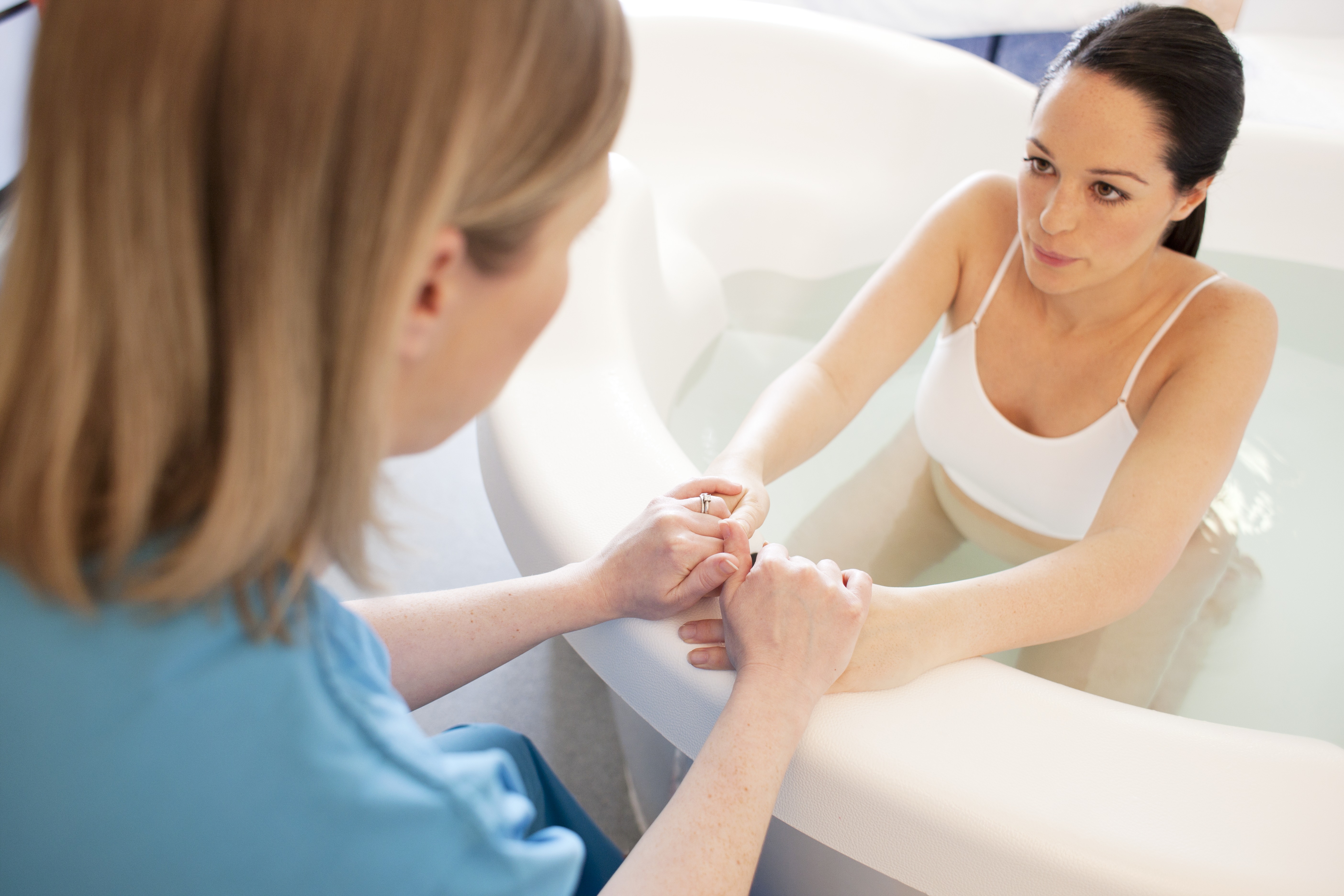 In a post on the site titled 'A I the a**hole for not wanting my husband to be in the birthing tub with me while in labour?' she explained her dilemma.

The woman also made clear that his desire to take a soak had nothing to do with wanting to support her as she gives birth – just that he really liked taking baths.

"My husband has a bit of a bath obsession," she wrote, explaining that her partner – with whom she also shares a one-year-old – will regularly return home from work to "disappear" for a two-hour spell in the tub.

Continuing the story, she said that she had "repeatedly told him" that his luxurious bathtime schedule is no longer feasible now they have a second child on the way.

When I informed him the tub was for me to labour in and not for him to [bathe] in he was upset.

However, the argument peaked after a tour of the hospital where she is due to give birth.

"When I informed him the tub was for me to labour in and not for him to [bathe] in he was upset.

"I can't seem to get the idea out of his head that he can't take a bath in the tubs and they're not for the father.

Why use a birthing pool?

In the UK, they are used by almost one in three women for pain relief during labour.

Being in the water decreases the effect of gravity and can help women to move around more freely and change into a comfortable position. Water can help women relax by reducing adrenaline and promoting the release of the body’s natural hormones to cope with labour pains. Women who use a pool also have a lower rate of medical intervention.

It is not dangerous for a baby to be born underwater since their breathing reflex only starts when it comes into contact with air.

"He also refuses to believe that they won't let him in the tub as well when I'm delivering."

The pregnant woman added that in addition to health issues that come with him in the pool with her – with evidence of a higher risk of maternal and neonatal infections – she wouldn't want him "all over" her as she delivers.

At the end of her post, she asked: "Am I in the wrong for being so against it?

"He's acting like I'm being unreasonable on this one but even my family seem to agree with me."

Your husband needs to be spoken to by a professional.

Her fellow Reddit users sided with her that her husband was making an unfair demand.

One wrote: "Your husband needs to be spoken to by a professional, although it’s concerning he won’t believe you.

"Do you know where the obsession comes from? I have to say this is a first for me, hearing this…"

Another commented: "Show your husband some birthing tub videos if you haven't yet. He might just see why he shouldn't be in the tub during it."

However. a third shared: "I’ve heard of plenty of fathers being in the birthing tub while the mother gives birth. I still think it’s disgusting

"There are all kinds of fluids happening in that tub, so why would anyone volunteer to sit in someone else’s bodily fluid? Just no."

In other parenting news, we told you the exact time your kid should be going to bed according to their age.

We also revealed how a mum has shared a genius tip for stopping toy shop tantrums.

And Stacey Solomon and Mrs Hinch compare their privates to a "welly boot" after birth.