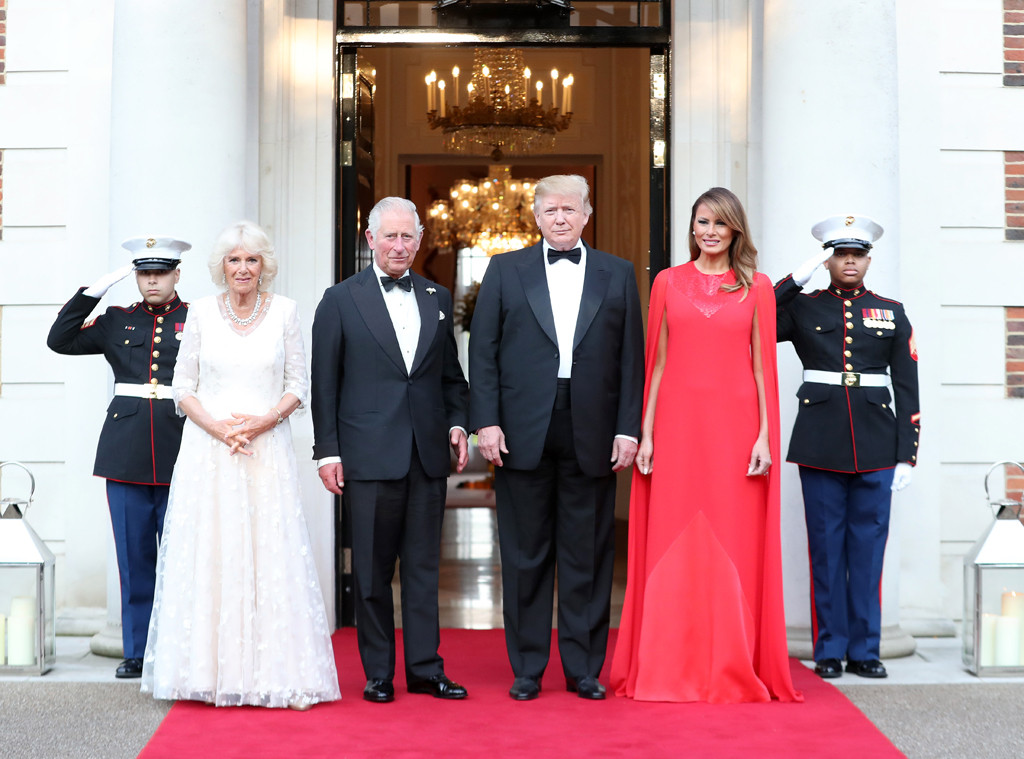 From a meet-and-greet with Queen Elizabeth II to dining with the royal family, it’s already been an eventful trip for the Trump’s.

On Monday, the U.S. politician and his wife had a jam-packed schedule as they met with members of the royal family privately. The two enjoyed intimate lunches with the royals, as well as enjoyed an exhibit at Buckingham Palace.

In the evening, the president and first lady attended the State Banquet at the Palace, which was hosted by the queen herself. Several royals and British politicians attended, including Kate Middleton, Prince William, Prince Charles, Camilla, Duchess of Cornwall, Prime Minister Theresa May, whose term ends in a few days.

While the POTUS and FLOTUS enjoyed a fanciful fête hosted by the British monarch, on Tuesday, they returned the favor and threw a special dinner at Winfield House. Some royal family members and other British public figures were in attendance.

Making a statement with her fashion, Melania donned a fire-engine red-caped gown by Givenchy, which was a completely different vibe from the all-white Christian Dior ensemble she wore to the banquet the night before. Her husband, however, kept things simple and wore a classic black and white tuxedo.

To see the president and first lady’s trip in the U.k., peep our gallery below! 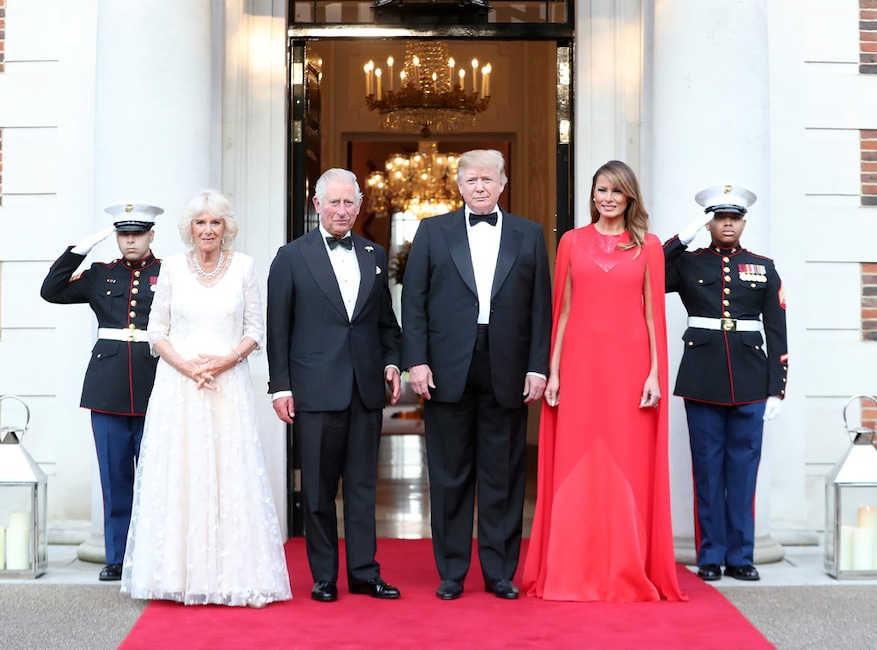 During their U.K. trip, the Trump’s are hosting a special dinner at Winfield House. They pose with Prince Charles and his wife Camilla. The First Lady wears a red-caped gown by Givenchy while the Duchess of Cornwall dazzles in a white lace, jewel-adorned dress. 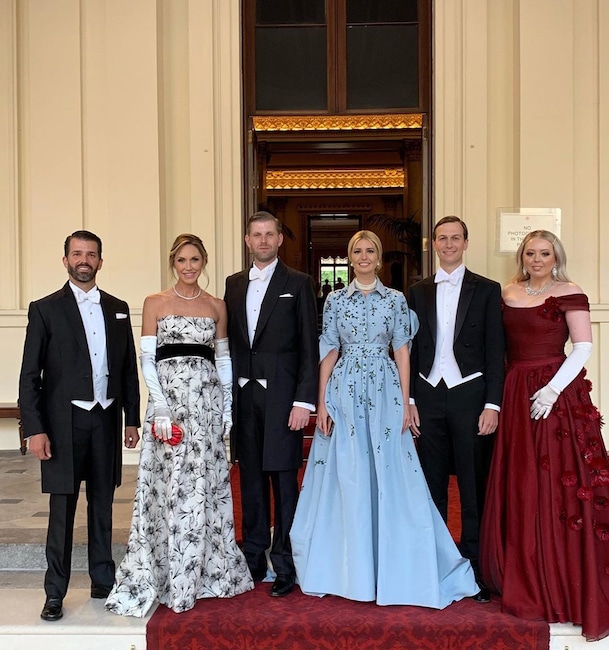 Belles of the Ball

Four of the Trump siblings don their finest ensembles for their dinner with England’s royalty. 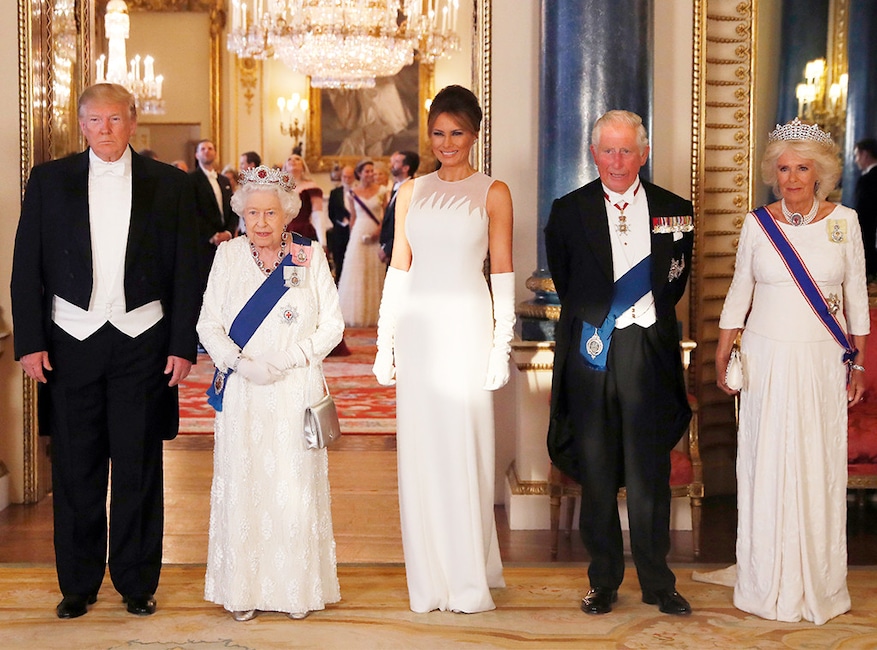 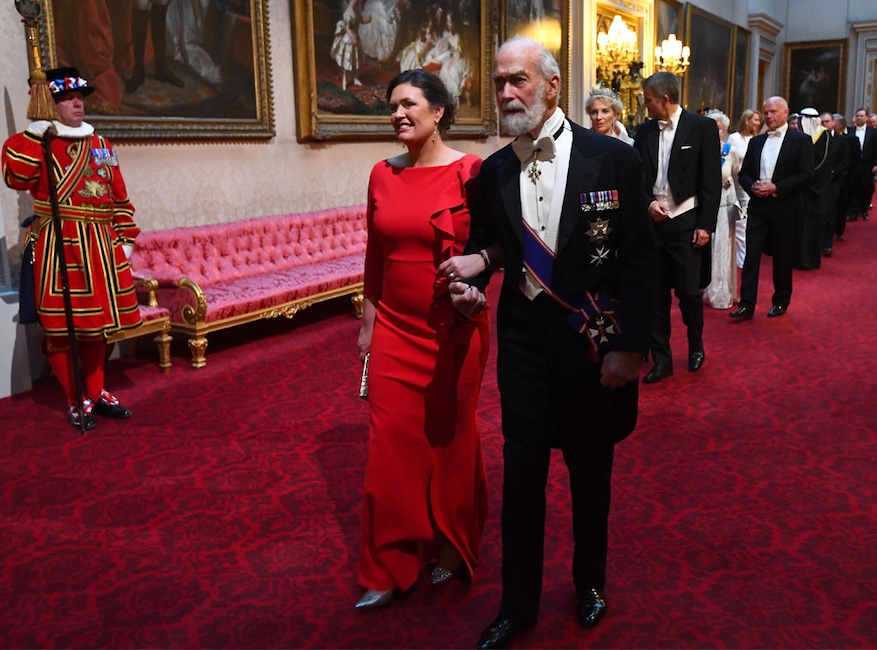 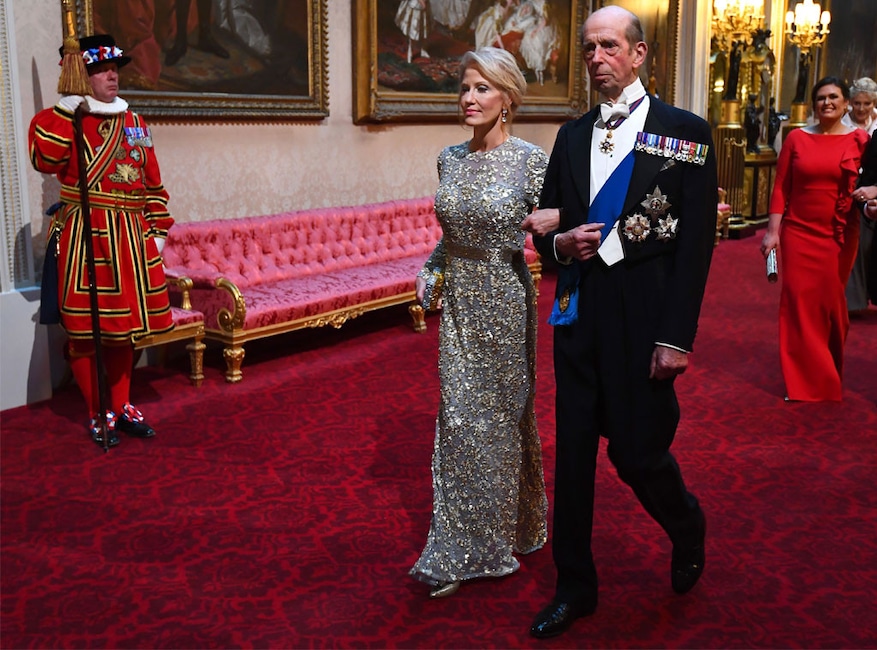 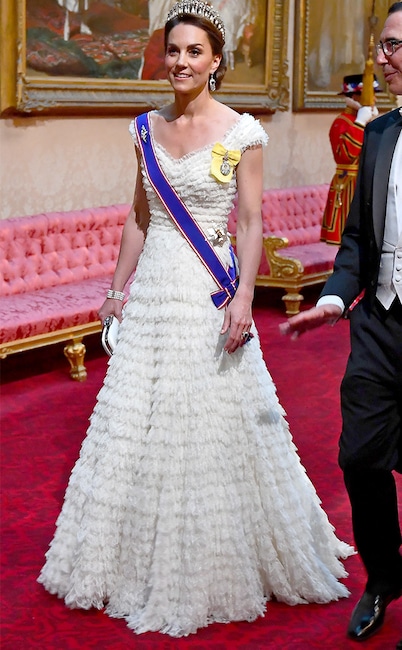 Kate Middleton glows as she walks through the hallway in her white Alexander McQueen dress. She wears the Lover’s Knot Tiara and the yellow Royal Family Order. 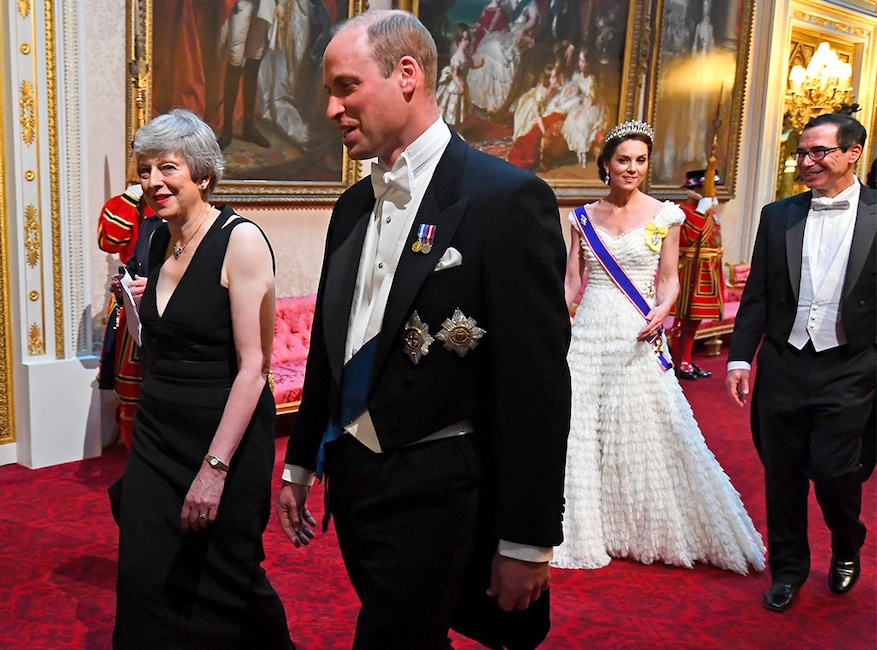 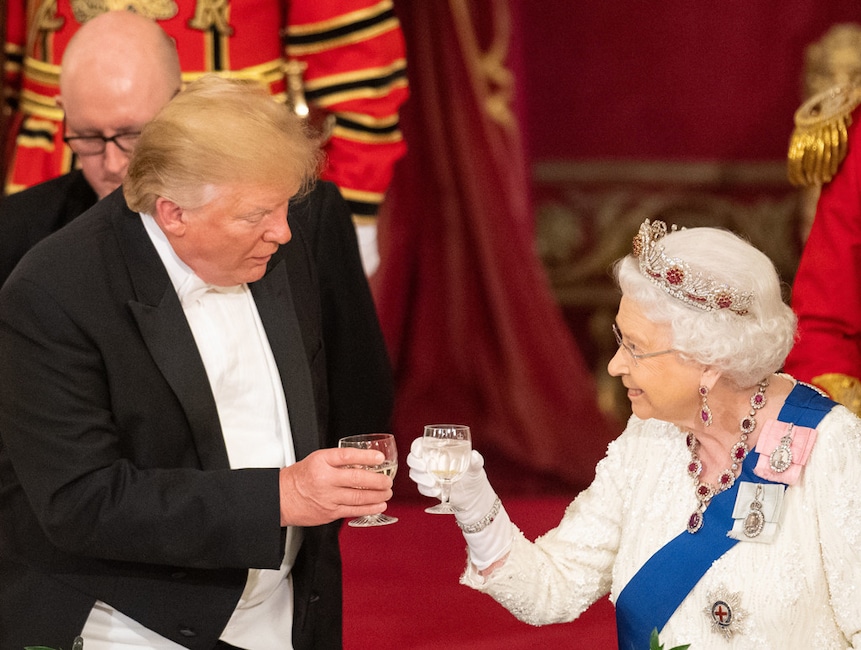 President Trump and Queen Elizabeth clink glasses at the State Banquet dinner. The 93-year-old praised the U.S. and United Kingdom’s close relationship and the president in turn called her a “great, great woman.” 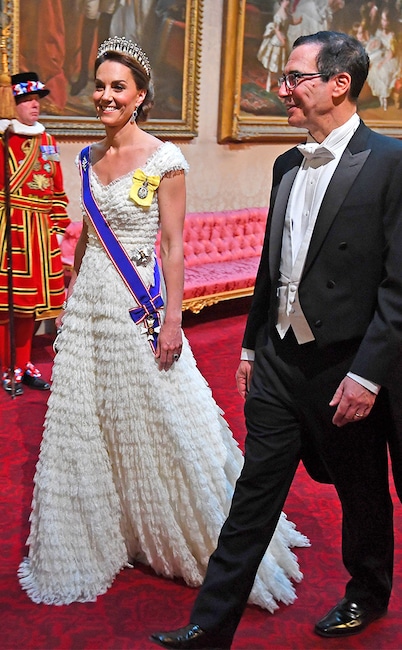 The Duhcess of Cambridge grins during a conversation with Mnuchin. 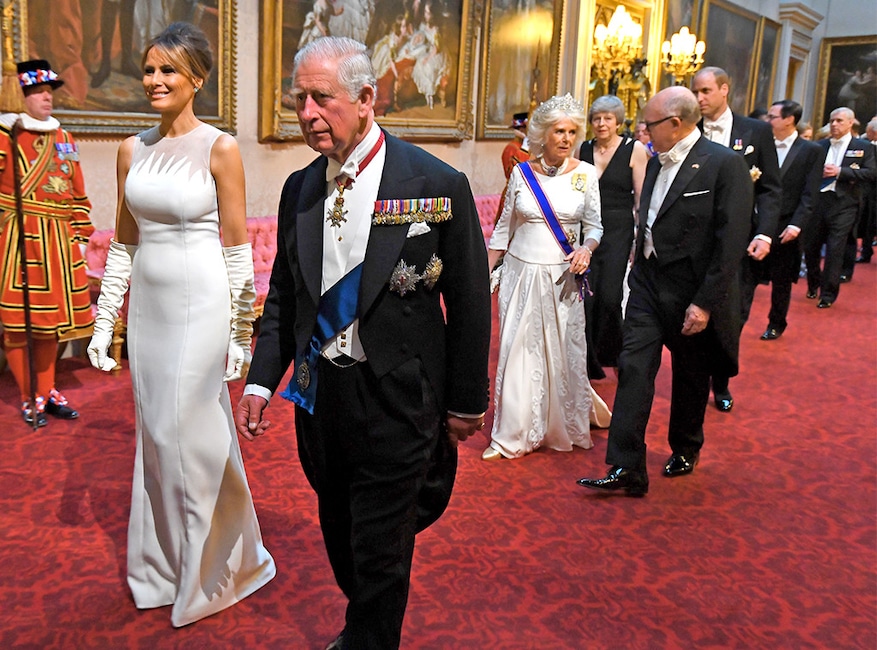 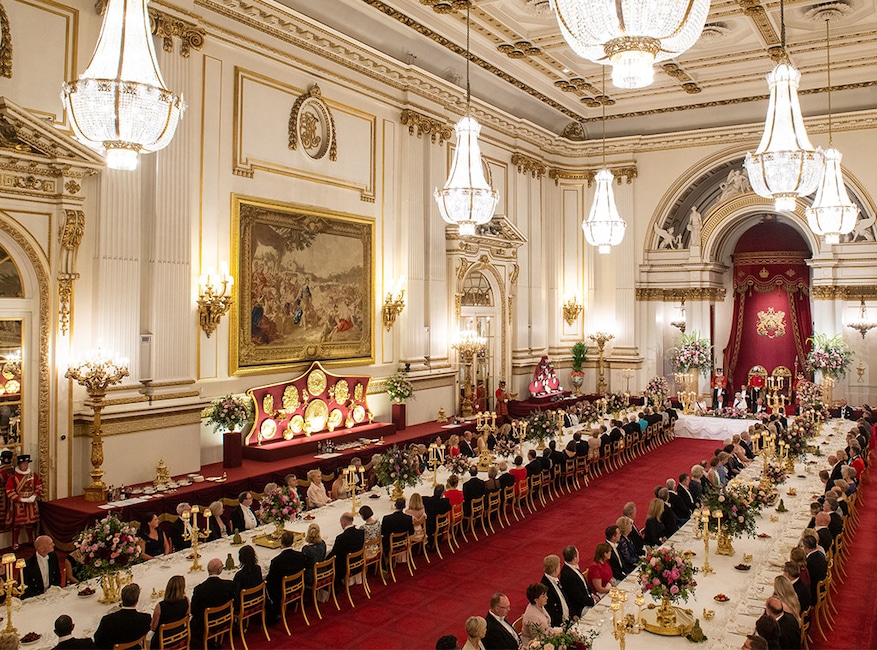 An inside look at the dining room where 170 guests are gathered for dinner. 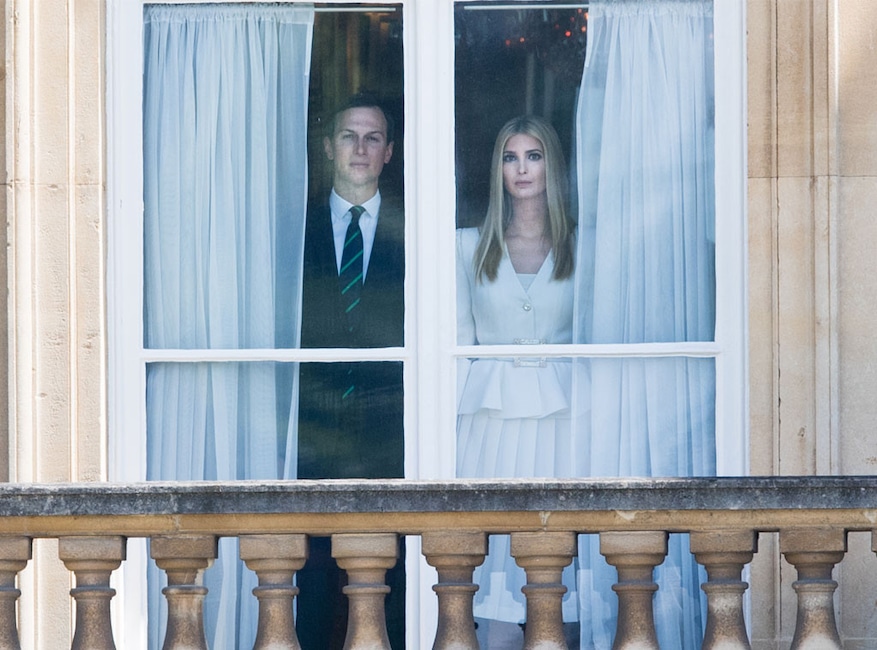 Photographers spotted the couple taking in the sights of the surrounding cityscape. 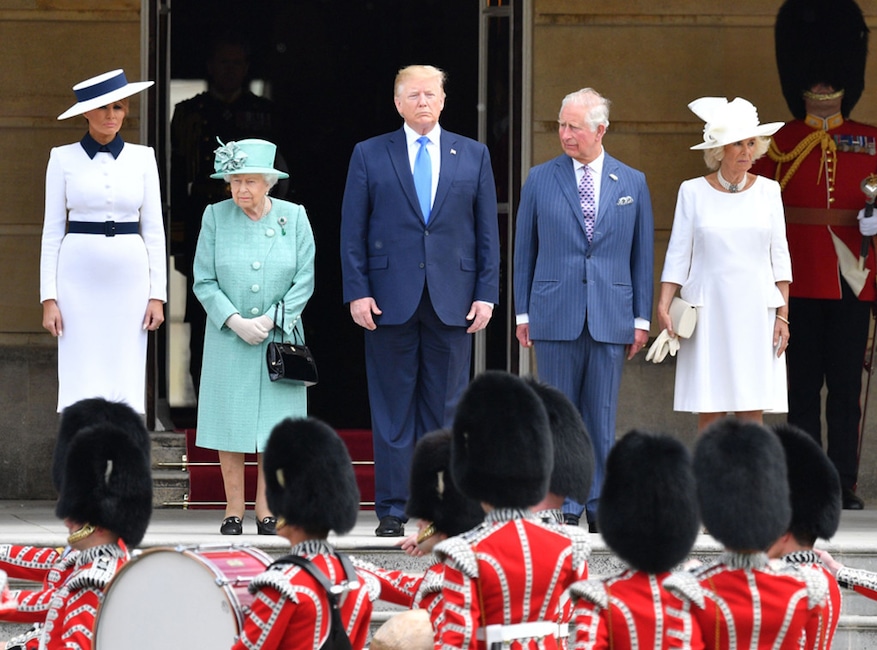 President Trump, Melania, Queen Elizabeth, Prince Charles and Camilla stand on the steps at Buckingham Palace on June 3 as he arrived for his state visit. 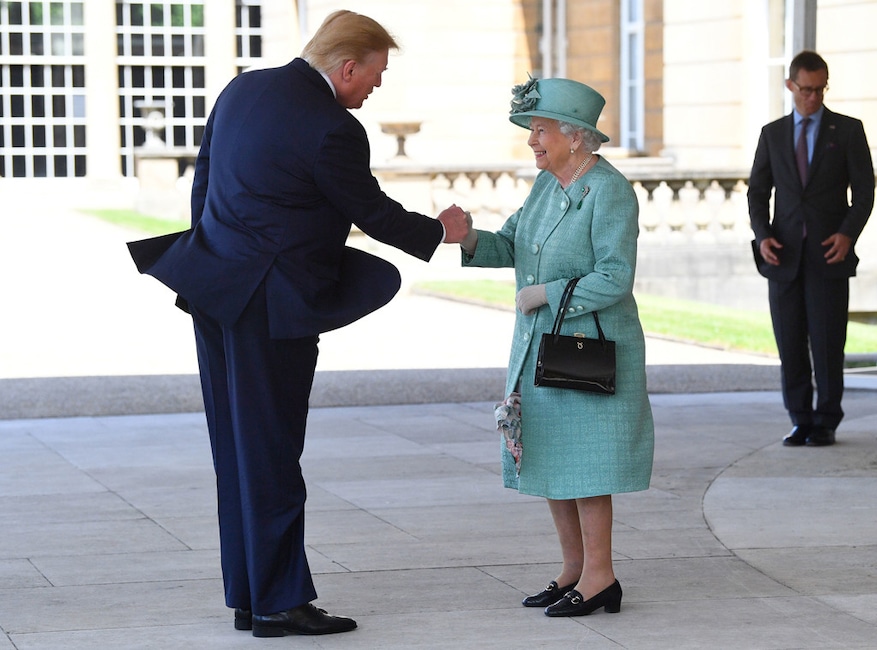 The 93-year-old dons a classic pastel coat and matching hat as she talks to President Trump at her home. 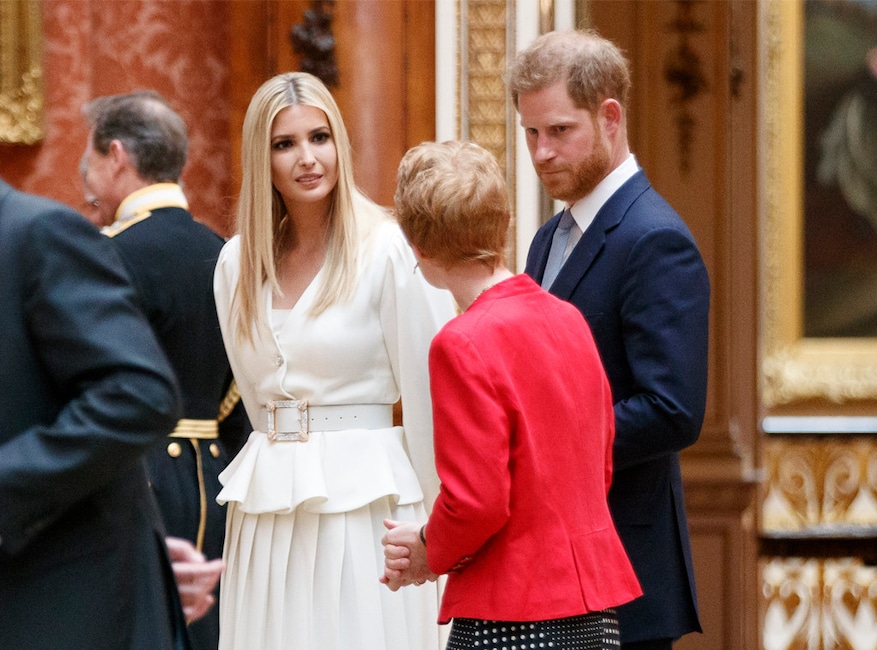 Ivanka Trump and Prince Harry listen intently during an exhibit at Buckingham Palace on June 3. 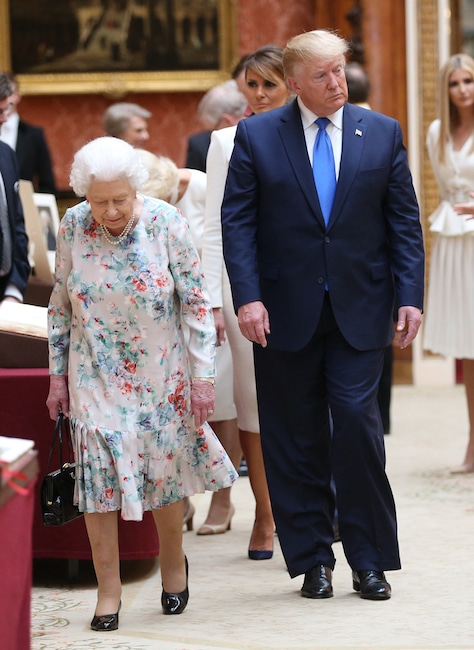 Queen Elizabeth guides President Trump through the rooms at the Palace. 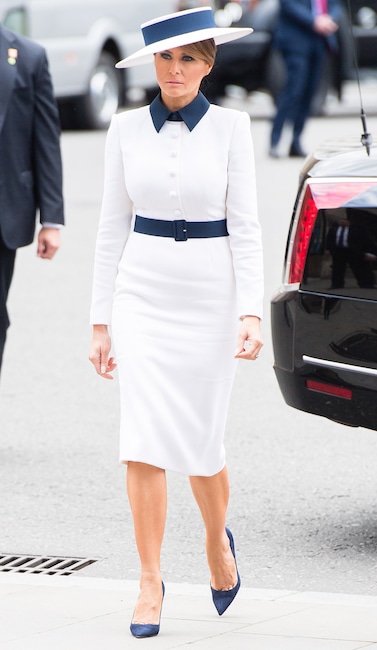 President Trump is scheduled to be in the U.K. for a few more days!