WE definitely don't clean our washing machine filters enough – we can tell you that for free.

But when we do eventually get around to the chore, it almost always ends up soaking our kitchen floor. Sound familiar? Thought so. 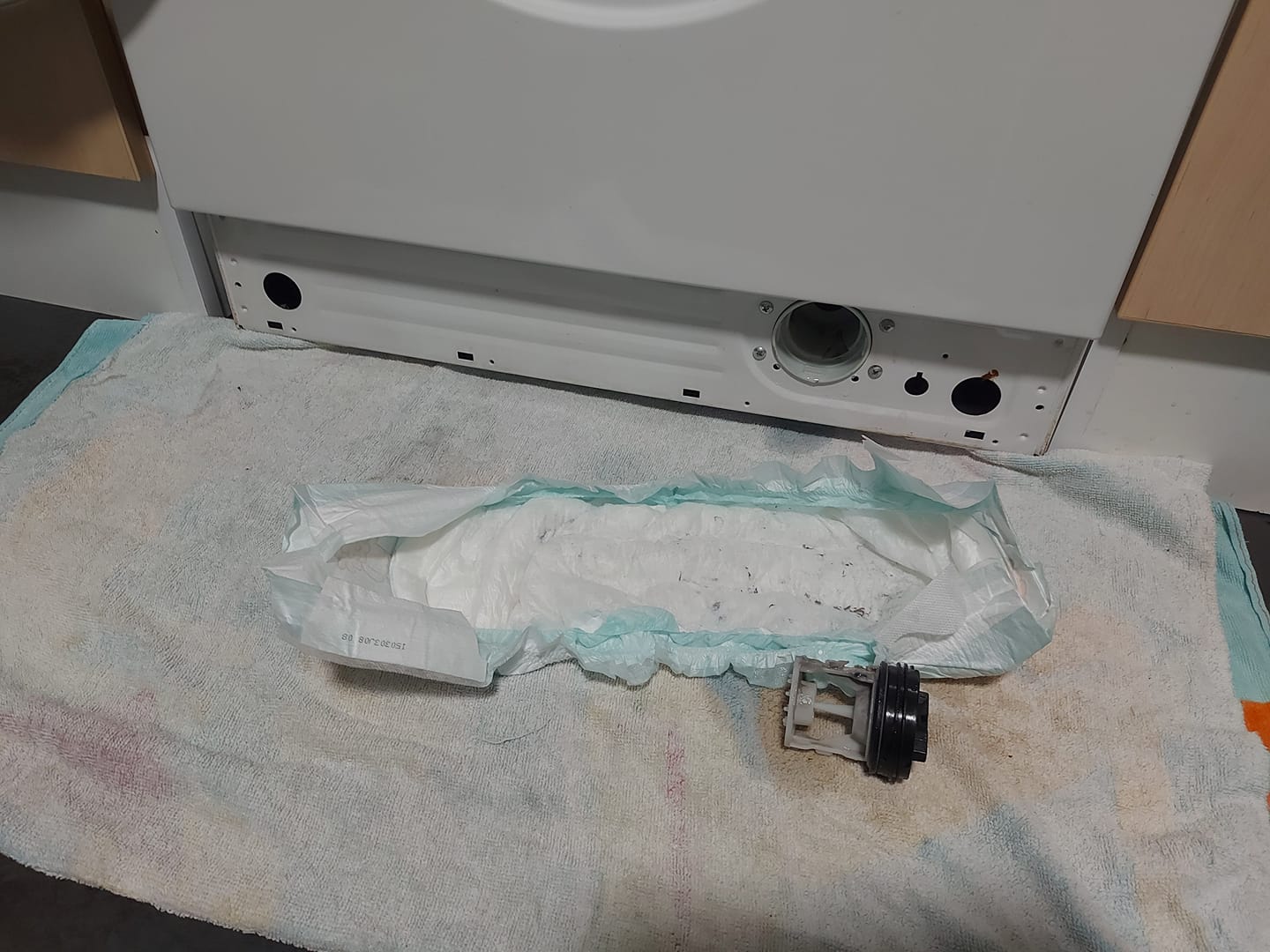 Well rather than putting off this tedious task (and inevitably making it worse), one savvy woman has revealed her "genius" nappy hack.

Posting on the Facebook group Mrs Hinch Made Me Do It, Alice Constable explained how places a towel in front of the washing machine before putting a nappy on top of it.

"If anyone is going to clean their filter in the washing machine, then put a nappy underneath when opening," she wrote. "It soaks up all the manky water and can go straight in the bin. Thank me later!"

To prevent your filter from getting clogged, it's recommended you clean it every three to four months – even if you have a self-cleaning one.

If anyone is going to clean their filter in the washing machine then put a nappy underneath when opening it soaks up all the manky water and can go straight in the bin.. thank me later!

The post racked up over 1,300 "likes" on Facebook – and other members couldn't believe they'd never thought of it before.

"Genius," one replied. "I never would’ve thought of it though!"

Another added: "Good idea. I always clean my filter out before I do a towel wash, so I use the dirty towels to catch the water then wash them."

"I used to always grab nappies for spillages," a third wrote. "Perfect on mopping up carpet spills too!"

And this professional cleaner revealed why you should NEVER use bleach in the bathroom & says washing up liquid is the top product.

Plus this woman’s Lush laundry hack went viral as it promises the best smelling clothes.