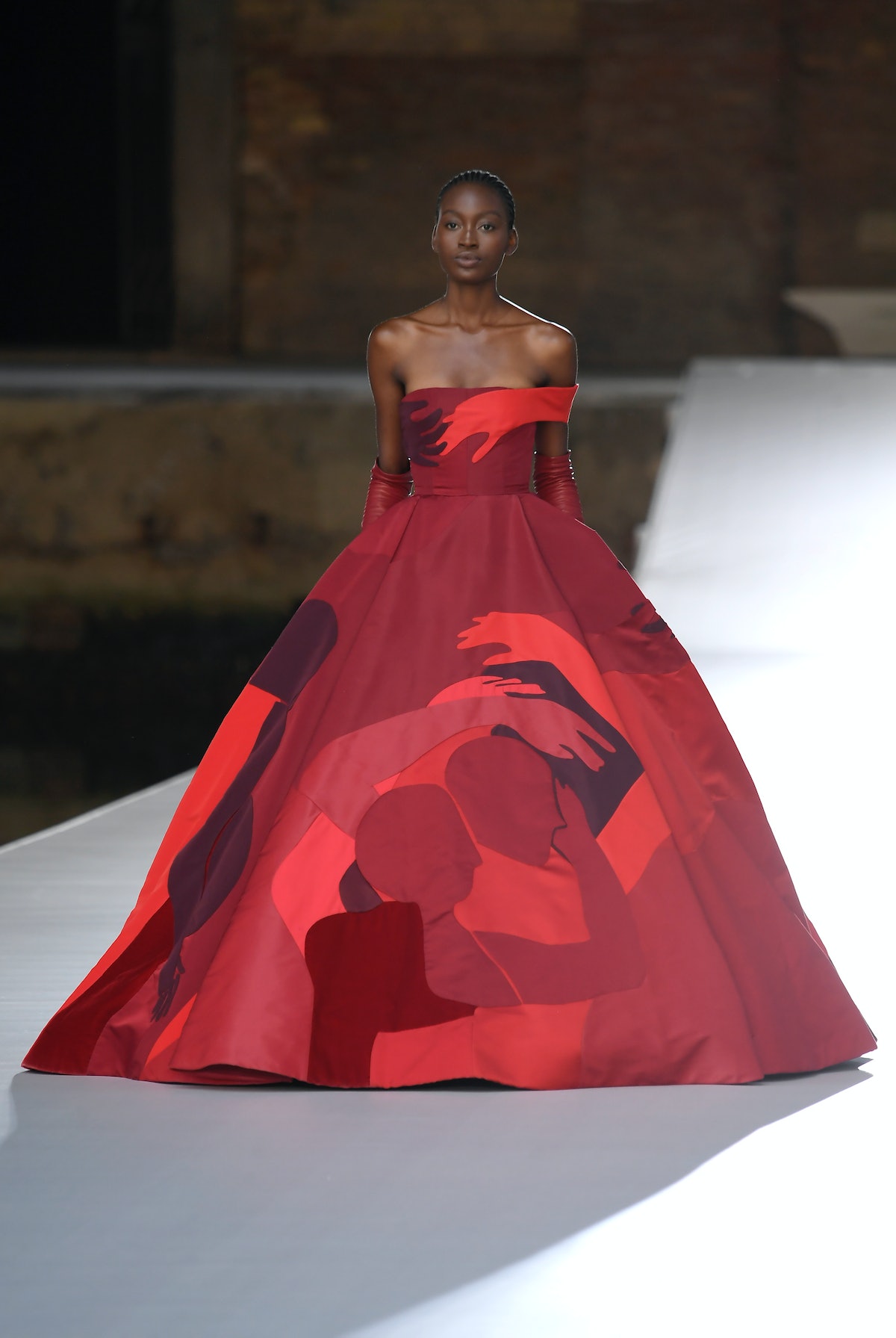 Couture seasons of fashion week can feel relatively sleepy, but everyone seems to have turned it up a notch for fall 2021. Pierpaolo Piccioli’s latest for Valentino, for example, was such a hit that Twitter users could only express their emotions through extremes like “I am on my knees,” “Pierpaolo just gets it,” and “I can’t believe I get to exist at the same time as Pierpaolo Piccioli.”

The collection was Piccioli’s couture at its finest: elegance, by way of unconventional hues and silhouettes in shapes like fully round circles. This time, they also appeared on men—one of the ways in which Piccioli changed things up. He decamped from Paris to Venice, and collaborated with more than a dozen artists—and not the high-profile names you may imagine. Piccioli hand-picked a set of up-and-comers with a little help from the artist Kerstin Brätsch and writer Gianluigi Ricuperati, with a specific medium in mind. “Painting is to art as haute couture is to fashion, being both languages eternal and material,” the house’s show notes read. “Traditional and ever-renovating, real renewable sources of beauty.”

But you may know the artists’ names soon. Piccioli made sure to put them front and center when discussing the collection backstage with the critic Suzy Menkes. “I didn’t want to talk about the storytelling of this collection,” he said. To him, that could simply be found in the mood boards, which he described as “a celebration of the makers.”

Refined as the collection was, Piccioli also got playful. One model wore a tent-shaped, Pepto Bismol-pink cape with what from far away could have been a pair of dishwashing gloves. He also topped off many a look sizable marabou feather hats in the shape of a saucer.