AMID the sombre reflection for the Fallen, Britain’s Armed Forces sent a get well message to the Queen.

As they gathered in Whitehall waiting for the traditional two-minute silence at 11am, whispered words spread among the 10,000 who fought for Queen and country that their sovereign was too ill to attend this year. 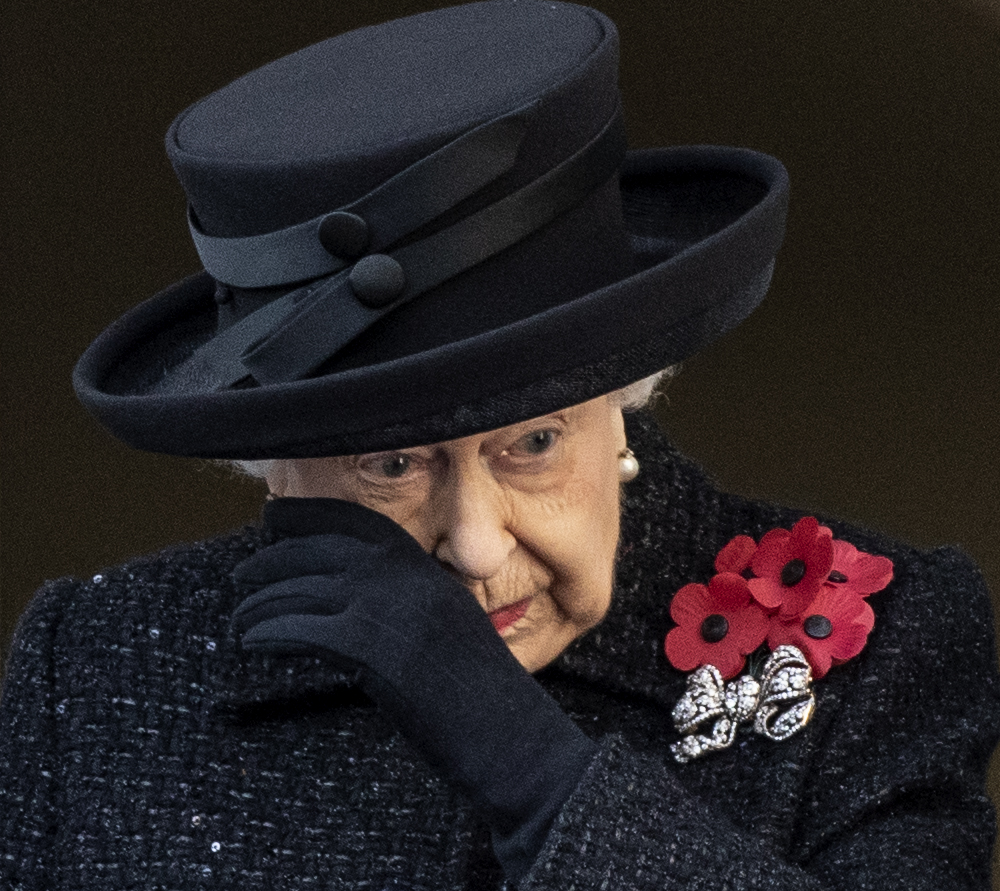 So, after Prince Charles and other members of the Royal Family had laid their wreaths for the nation’s glorious dead, the huge crowd sang God Save the Queen louder and with more gusto than ever before.

World War Two radar operator Leonard Hobbs, 97, said: “It was as if they were singing for the Queen to get better. She has been a good Queen and I hope she gets better soon.”

Former Warrant Officer Colin Veal, 63, who served in Northern Ireland, the Gulf, Bosnia and Afghanistan, said: “God Save the Queen was all the more poignant because she wasn’t there.

Colin, of Coalville, Leics, added: “To every one of us who have served Queen and country, there’s something special about having her here.

“It is not the same without her.”

The Queen’s place in the centre balcony of the Foreign Office was taken by the Duke of Kent.

To the Duke’s left, Camilla, Kate and Sophie watched on as Prince Charles, looking tired in his naval uniform, laid the Queen’s wreath on behalf of the nation.

Kate looked close to tears as William laid another with a  note  reading: “For those who have made the ultimate sacrifice and for those who have returned and carry the scars, we remember them.”

Yesterday’s ceremony was a far cry from last year when the  Covid lockdown meant only a few were allowed to remember the many.

Among them was L/Cpl Mae Percival, 22, who three months ago helped rescue 15,000 Brits and  Afghans in the chaos of the  Kabul airlift.

She said: “In the two-minute silence, I was thinking about the 13 US Marines who died in the Kabul operation. Nothing prepares you for the things we saw there.”

Tim Farmiloe was the oldest veteran at 98 on parade as he made his first appearance at the Cenotaph.  He said: “I found it very moving.”

Normandy veteran Mervyn Kersh, 96, from North London,   has marched at the Cenotaph for the past  20 years.

He said: “I wish the Queen all the best and obviously I’m disappointed she is not here. If I am here next year then she must be as well.” 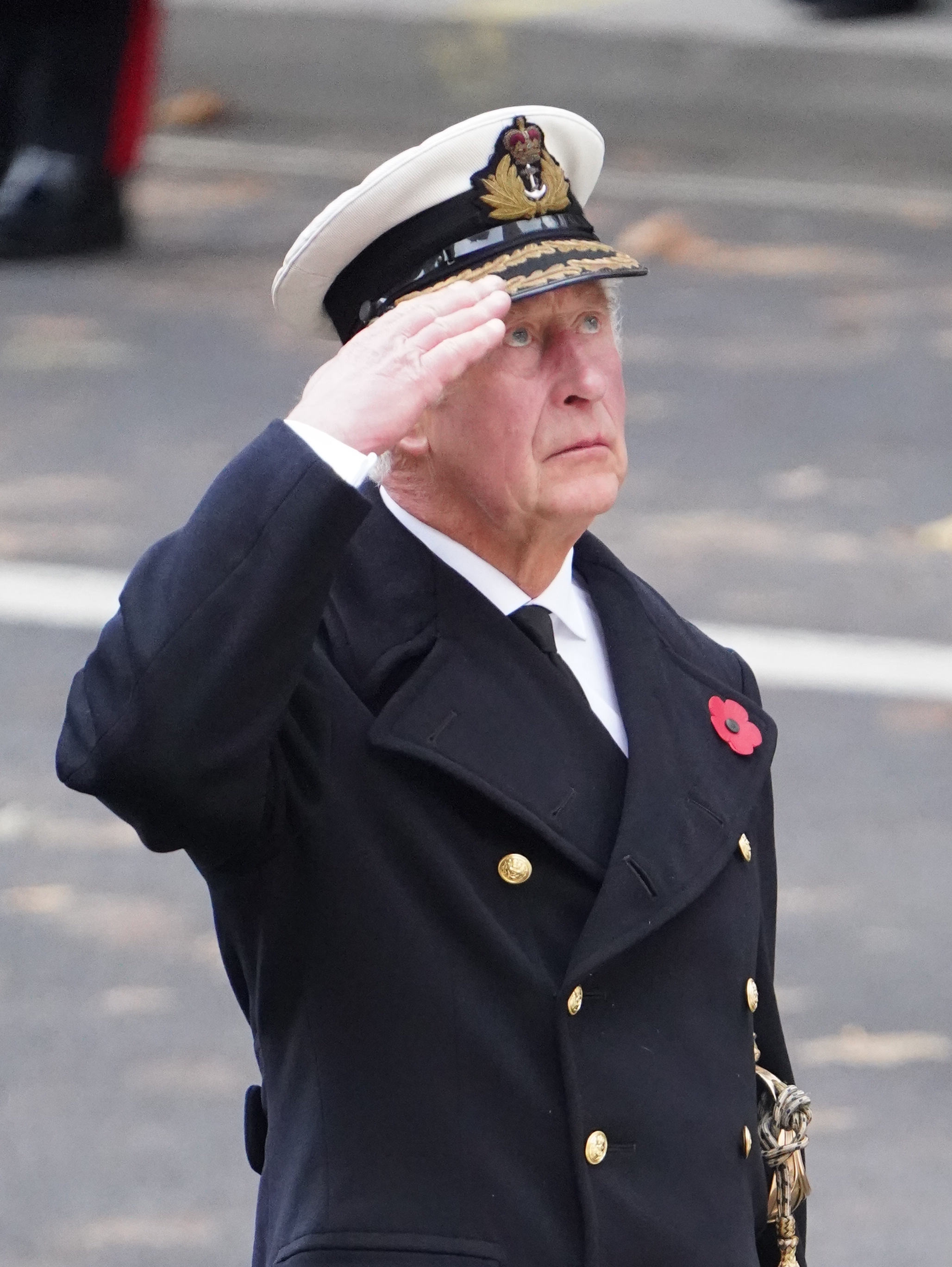 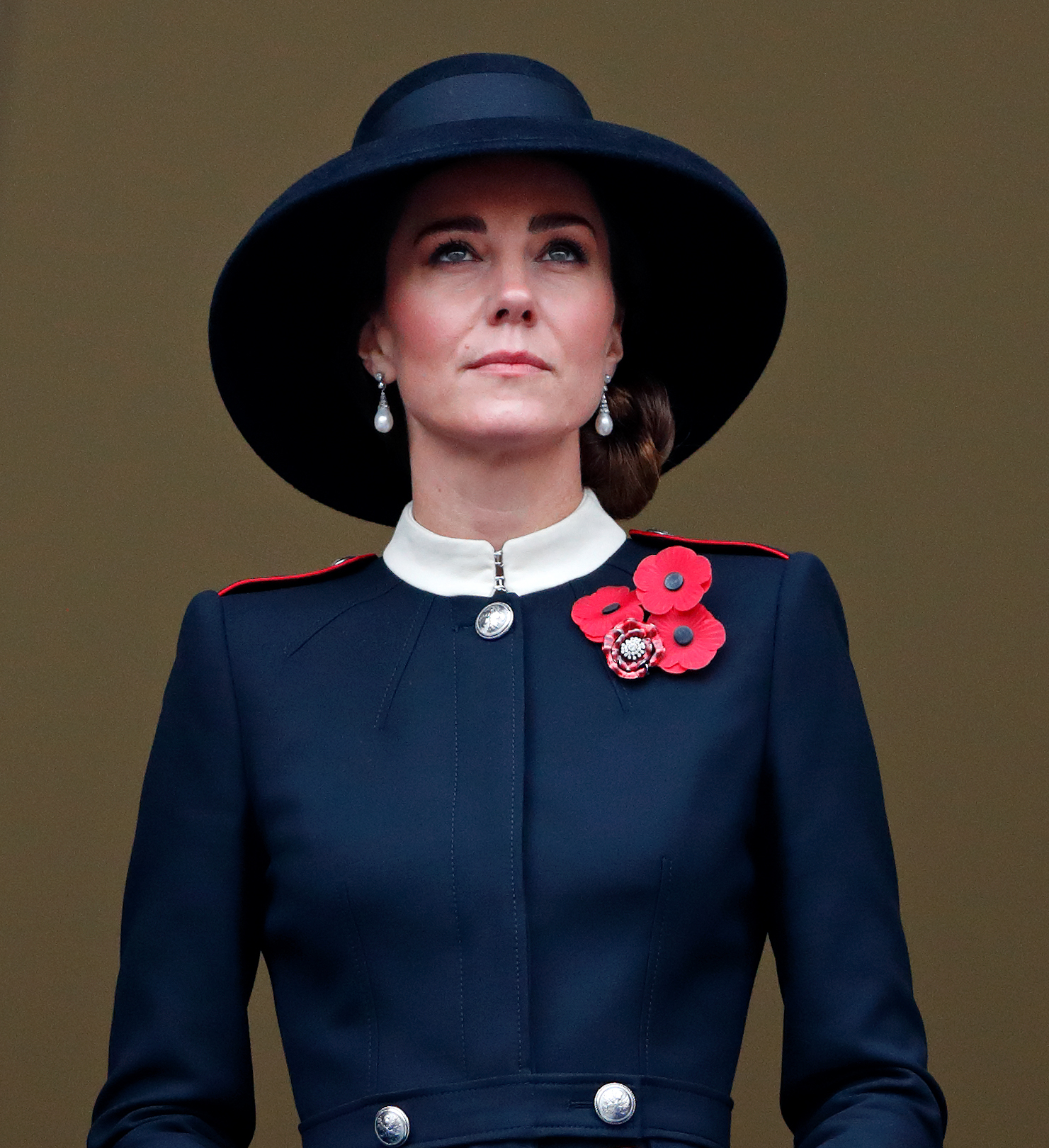