IF a stranger's called you "a fatty", poked fun at your "monster thighs" or commented on your "orange peel" skin, you're not alone.

According to a survey almost half of adults have been body shamed – be it for their hair, weight, eyebrows, or even their shoe size. 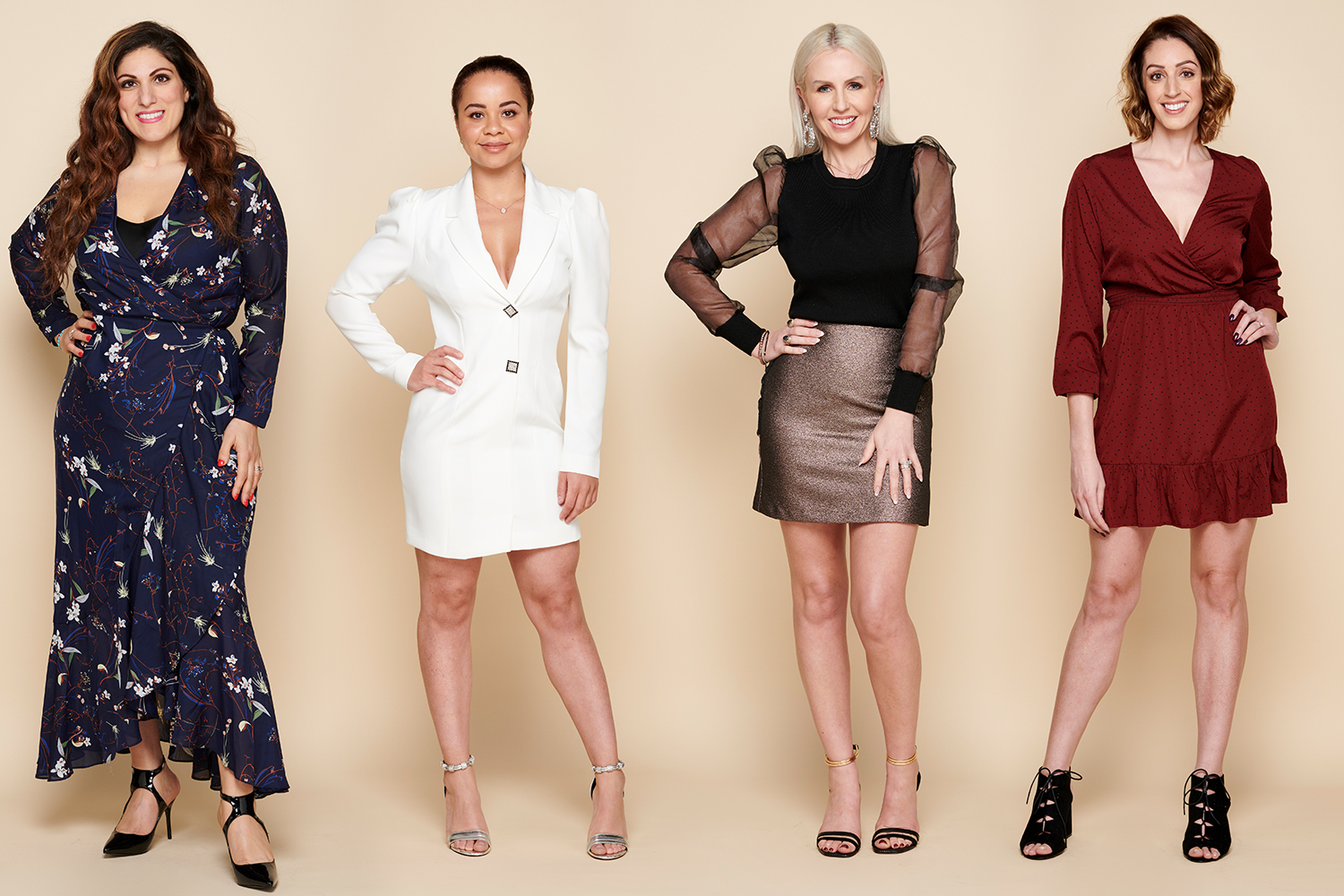 Celebs are constantly victimised too, with Stacey Solomon being trolled for her "saggy" boobs, Megan Barton Hanson for "wearing too much slap" and even Mrs Hinch's baby son, Ronnie, was shamed as "ugly" leaving the new mum in tears.

People say I have 'flipper' feet

Just over a year ago I was on the tube at around 8pm. It was summer and I’d had a pretty pair of sandals on.

A guy got on who’d clearly had a few drinks and I could see him looking down at my feet and looking up at me.

Suddenly he blurted out, "How big are you feet?!" It was awful.

The carriage was really busy and I could feel everyone looking at me. I bit my lip, trying not to cry, but I was so humiliated.

I tried to tough it out – "I’m tall, so if I had small feet I’d fall over," I retorted, and people in the carriage laughed – but I wanted the world to swallow me up.

This kind of abuse is unacceptable, but the truth is it’s getting worse.

For some reason people think it’s okay to come and tell me I have big feet.

I’ve thankfully never had any problem online but when I got out to bars or clubbing it often happens. For some reason people think it’s OK to come and tell me I have big feet.

They don’t think about how it affects you inside. Women are more sympathetic but men can be very insensitive – and it’s never been a chat up line, just rudeness.

I’ve always been teased about it.

At school I was "the girl with big feet" and I used to get jokes about the size of my “flippers”. I tried to hide them away in socks and trainers but as I got older I decided to embrace them. 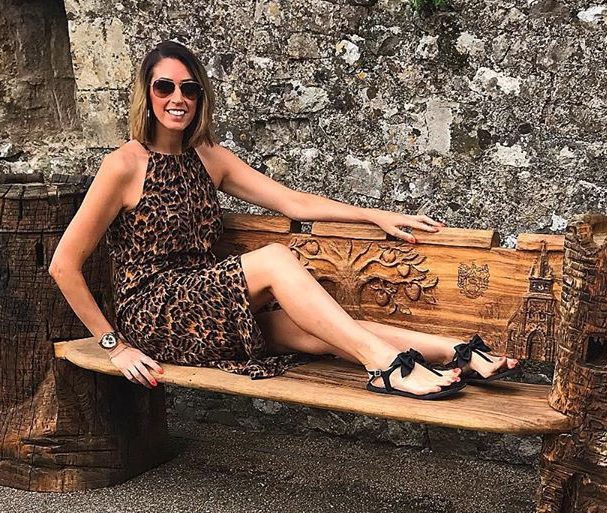 Slowly I became less bothered about the comments and decided to own it. In the end, it’s not something I can change and it’s silly wasting energy over it.

Now, I paint my toenails and wear shoes that show my feet off.

It’s easier to buy bigger shoes now than it was when I was younger – I go to Long Tall Sally or Cinderella Shoes – but I do feel a little self conscious going into shops and asking for my size. 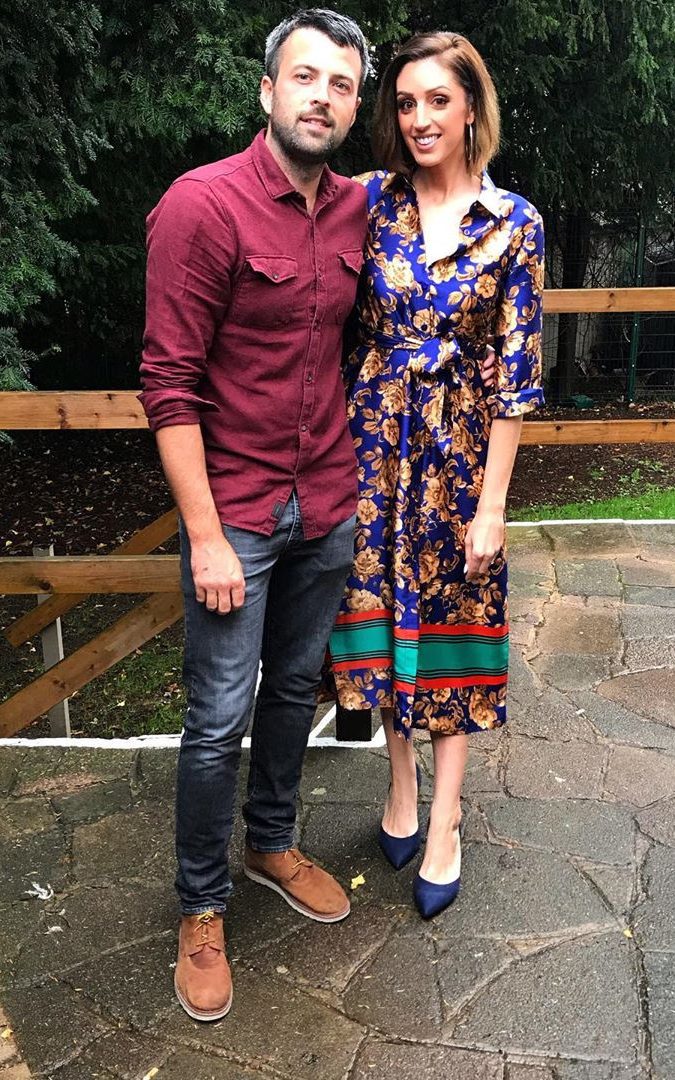 I think because people have made a big deal out of it in the past, it makes me think it’s something I should be embarrassed of.

But comments do hurt. I think social media is partially responsible.

People think it’s OK to be mean online, and that’s spilling over into real life. They have to remember they could really damage someone.

People say I have a five-head, not a forehead

Personal trainer Aimee Long, 26, from London has been trolled online for the size of her head, and her thighs 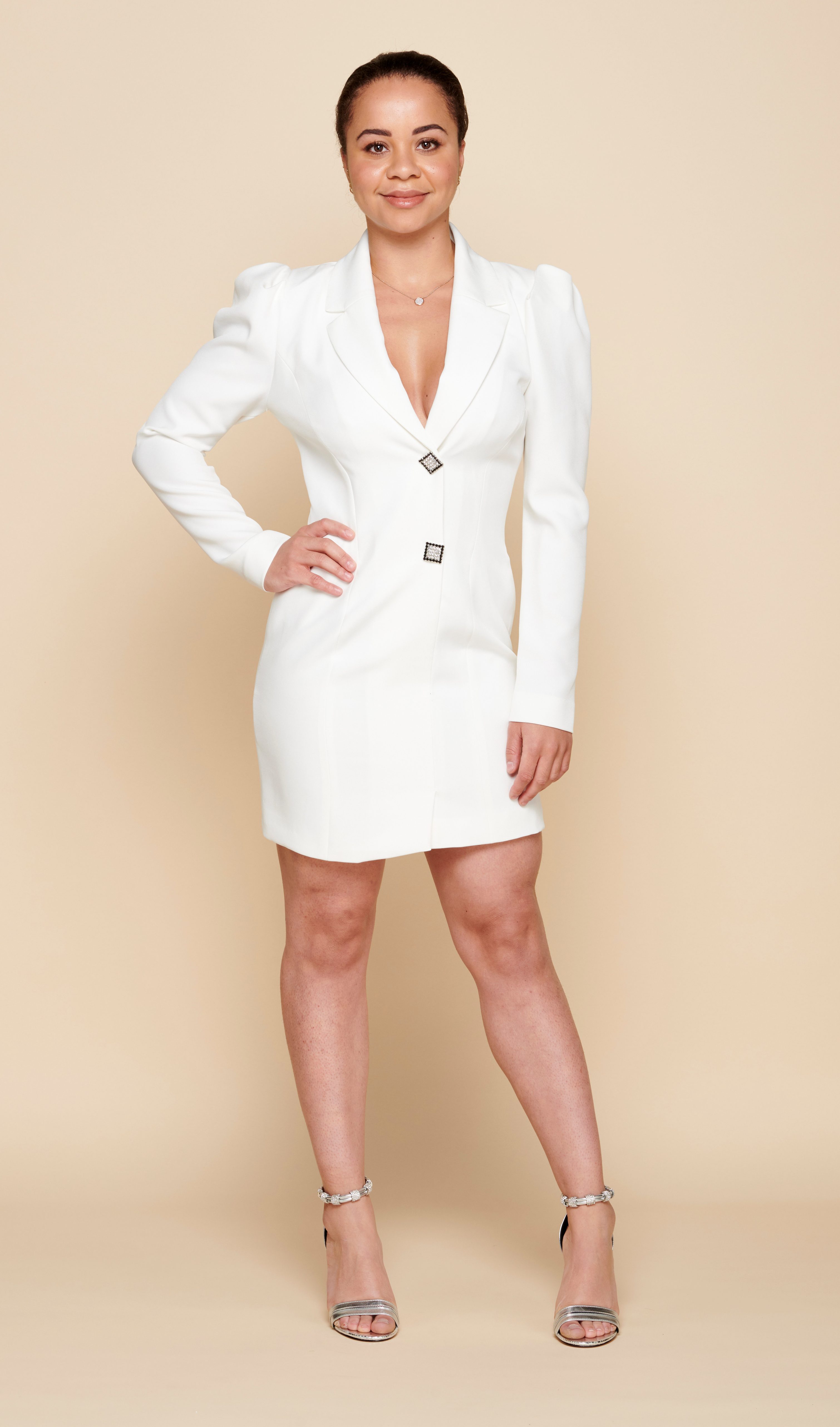 Ever since I joined Instagram at about the age of 22, I’ve been trolled about the size of my forehead.

I’ve been told it’s out of proportion to the rest of my body, and people joke, "You’ve got a five-head, not a forehead!"

But it’s not funny to me. When I was younger, the abuse used to make me feel ugly and upset.

When people say, "Just don’t read the comments," they don’t understand the abuse is in my Instagram DMs almost every day. I have to read the messages as it’s my livelihood. One might be asking for PT sessions, and then the next will say, "You’re ugly!"

The first horrible comments I got about my body and how I looked would make me cry.

These trolls are so sad, they’re not even brave enough to comment on my posts, as they know my followers would fight back on my behalf, and they set up accounts specifically to abuse people.

The first horrible comments I got about my body and how I looked would make me cry.

My then-boyfriend would argue with them, saying, "How dare you talk to my girlfriend like that? This is online bullying, you’re destroying someone," and would have full on arguments.

They’d then go to his Instagram and start ripping him apart. 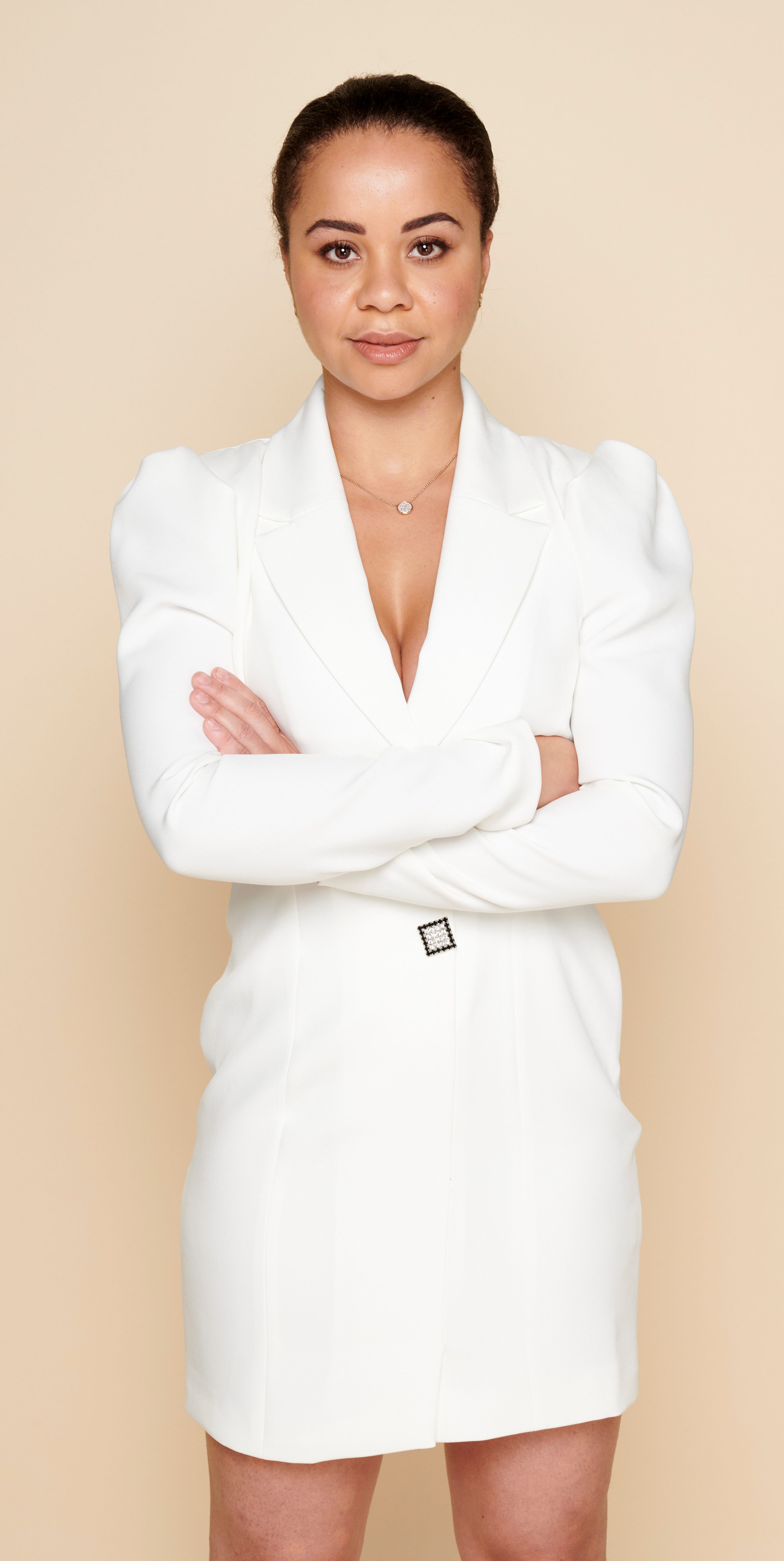 Now, I try to kill them with kindness. I’ll just say thank you, or leave a heart emoji.

But when I was younger, I was much more vulnerable and took the abuse to heart. I’d stop using Instagram for a couple of weeks.

I’ve also been told my thighs are too manly and I’m too muscular.

That hurt as it was one of my insecurities – it made me train more and eat less. Now, I just think, "That’s just me. It doesn’t matter if my thighs touch – I’m healthy and I’m happy." 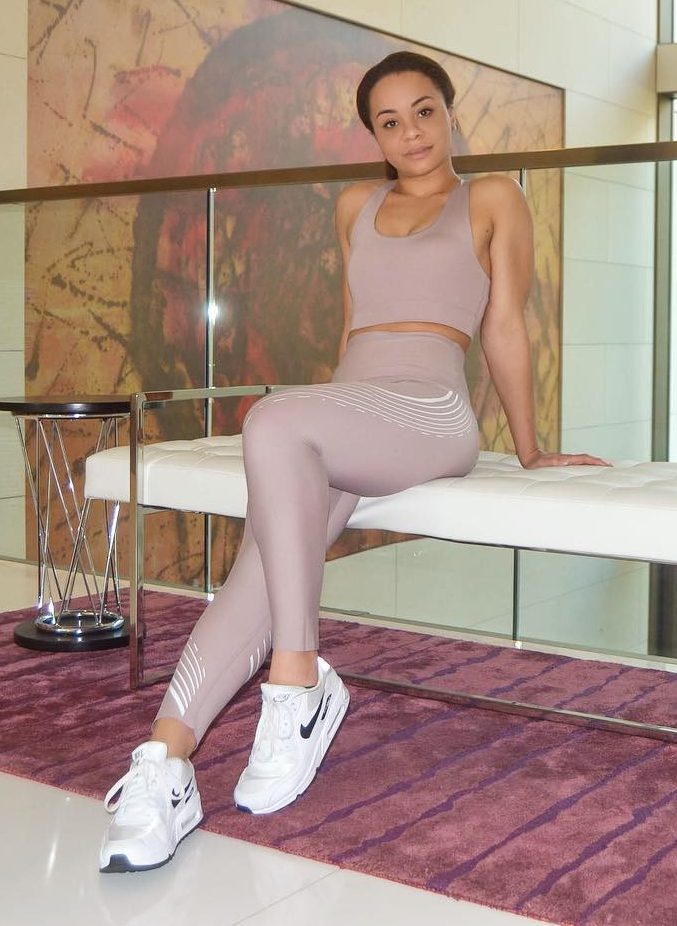 I don’t let it affect me anymore, and I’ve never felt insecure about my forehead – either before the comments started or since – and I’ve never been tempted to alter my make up or change my hair. I’ve built up my defences now – I’m more resilient.

I get way more positive comments than negative and those help bring you through it and see the good side of social media.

But no one has ever come up to me in the street and said, "Oh your forehead is so disgusting, it’s so big." So why are people allowed to do it on Instagram?

I pity the trolls. I feel sad for them that their life isn’t good.

Trolls said I should get a tummy tuck

TV presenter and mum of two Naomi Isted, 40, from Essex, was holiday in St Lucia this year when online trolls made vile comments about her body 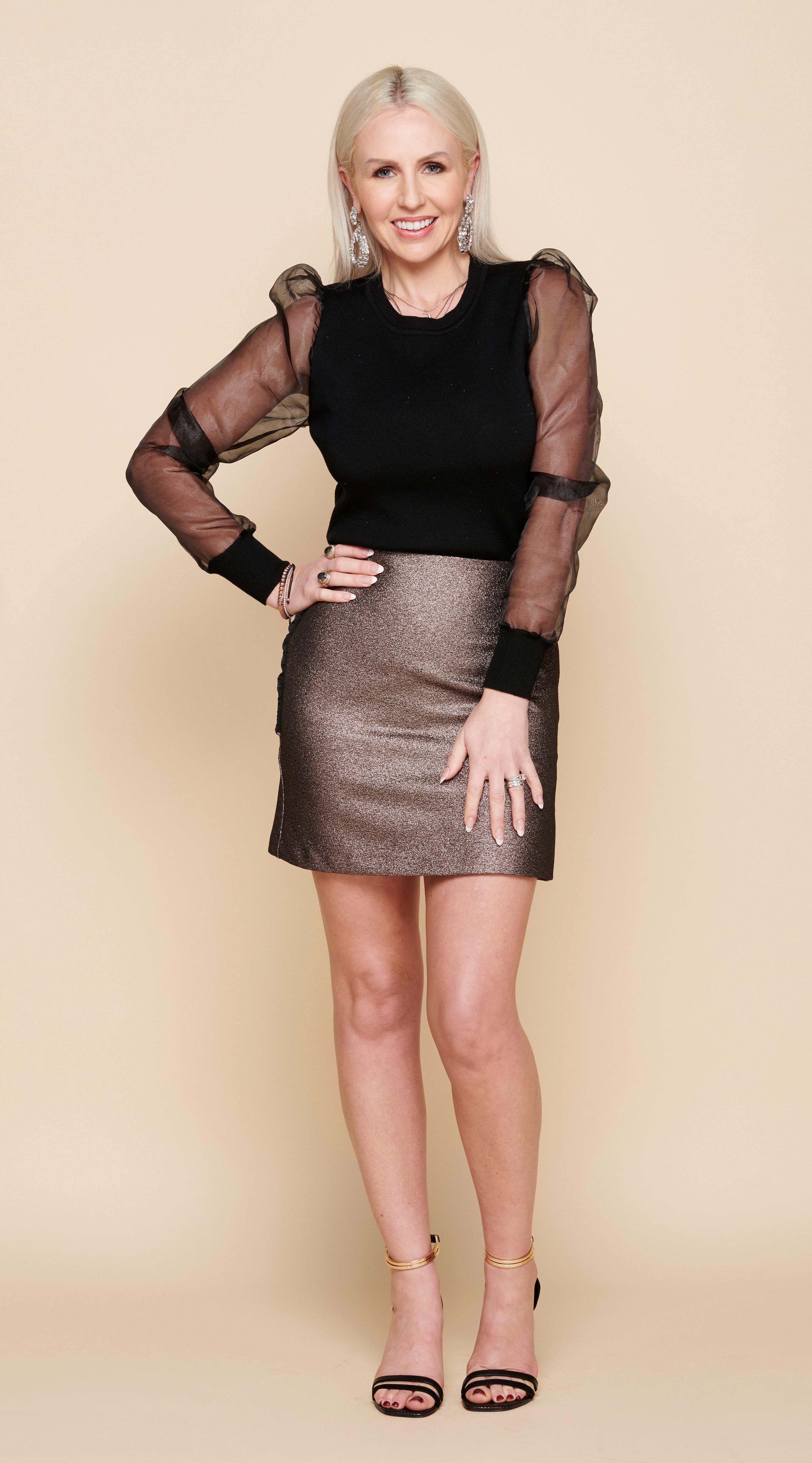 I booked a birthday holiday in St Lucia in February this year, determined to enter my fifth decade with a bang.

I felt really confident about turning 40, and after the hard work I’d put in at the gym, thought I was looking toned and fit.

Then, my world came crashing down.

On the day of my birthday I was trolled for bikini pics and the comments were horrendous. "What a state she looks for 40," one snarled. "She needs a tummy tuck," blasted another. "Cottage cheese bum," sniped someone else.

I was devastated reading them, they were so vile. It felt like a physical shock.

My husband Haydn, 46, a property developer, tried to reassure me.

‘Am I seeing something different to what everyone else is seeing?’ I asked myself.

He was very protective and completely disgusted that people would say things like that to me.

He told me I was in amazing shape and these people were just jealous idiots hiding behind their computer screens.

But I started to question everything. It wasn’t that I thought I had a perfect body – I’ve got two kids, Fleur, 10, and Rocco, four – but I was happy thinking I was the best version of myself.

"Am I seeing something different to what everyone else is seeing?" I asked myself. 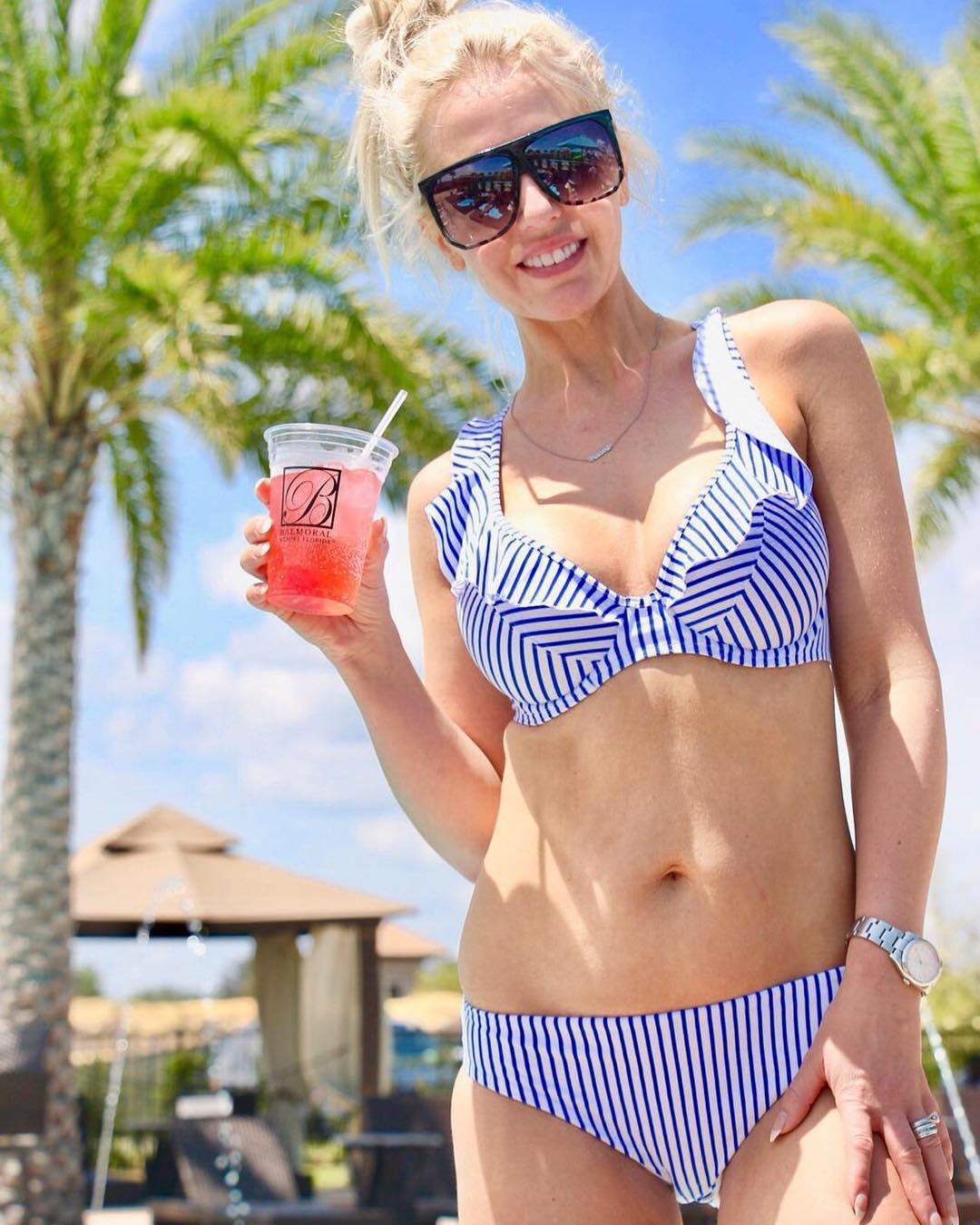 I went into a downward spiral, becoming increasingly paranoid.

I started to look for new cellulite treatments, research tummy tucks and did loads of Body Coach workouts.

I’ve had the odd comment on Instagram before but this was another level – and no one has ever said anything to me in real life. It was mostly men. I think it’s jealousy. They’re trying to break your confidence.

On another occasion I even got death threats for an article I did about flying first class.

My husband was deleting emails that were coming through in the middle of the night. 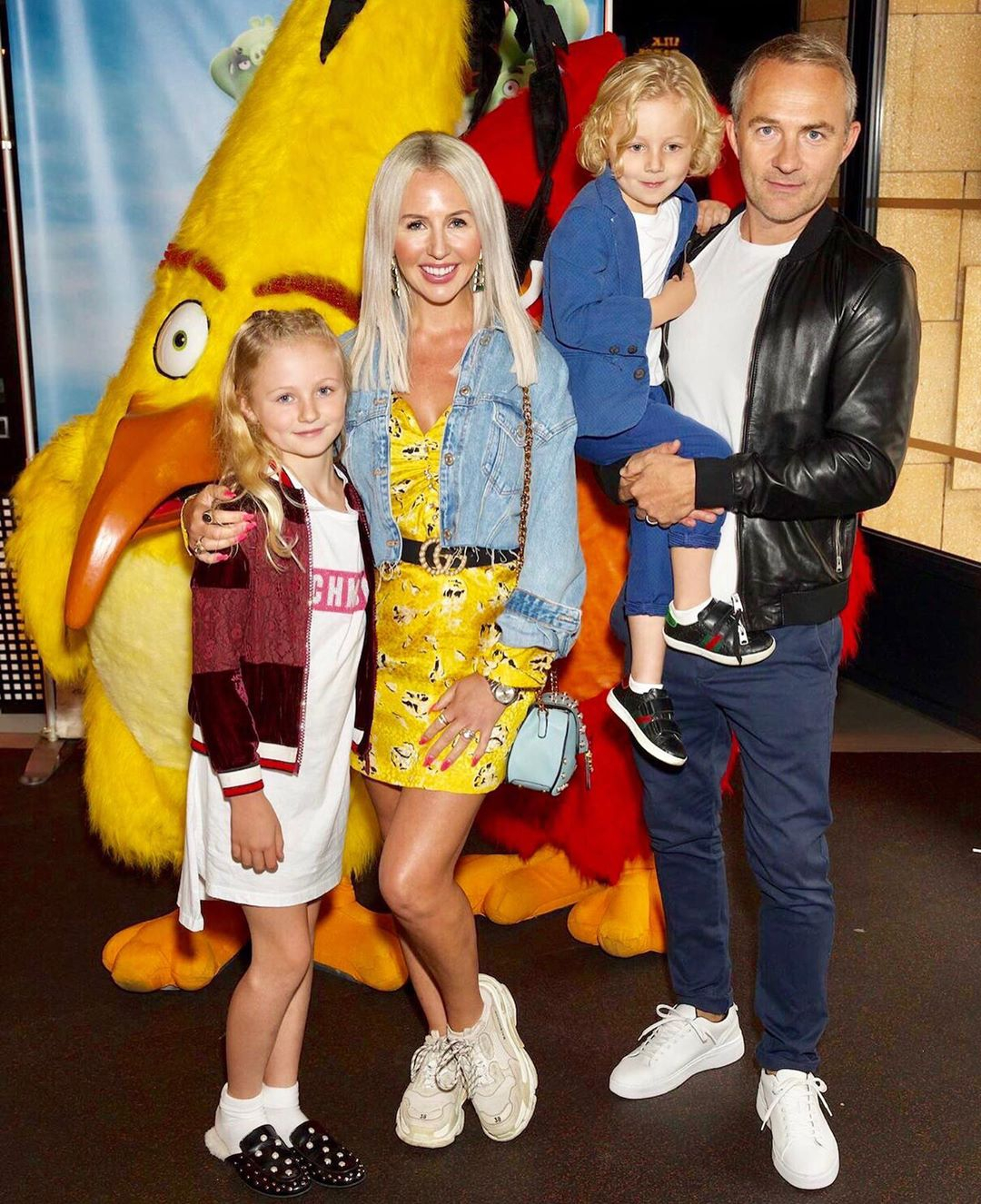 He was devastated and wanted to protect me as he knew those threats would really intimidate me and hurt my feelings.

Of course, I get supportive comments too. But you zone in on the nastiness and the negativity. It’s taken me months to get over it.

Now, I’m determined not to let these sad keyboard warriors break me.

They must have unhappy lives themselves if they’re hiding behind a computer screen saying these horrible things.

For the most part, I feel fine, but if I’m having a bad day it’s hard not to let the doubts creep back in.

I’m been told I’m too old to have long hair, apparently

Founder of honestmum.com Vicki Psarias, 39, a mum of two from Windsor, gets abuse for her long locks 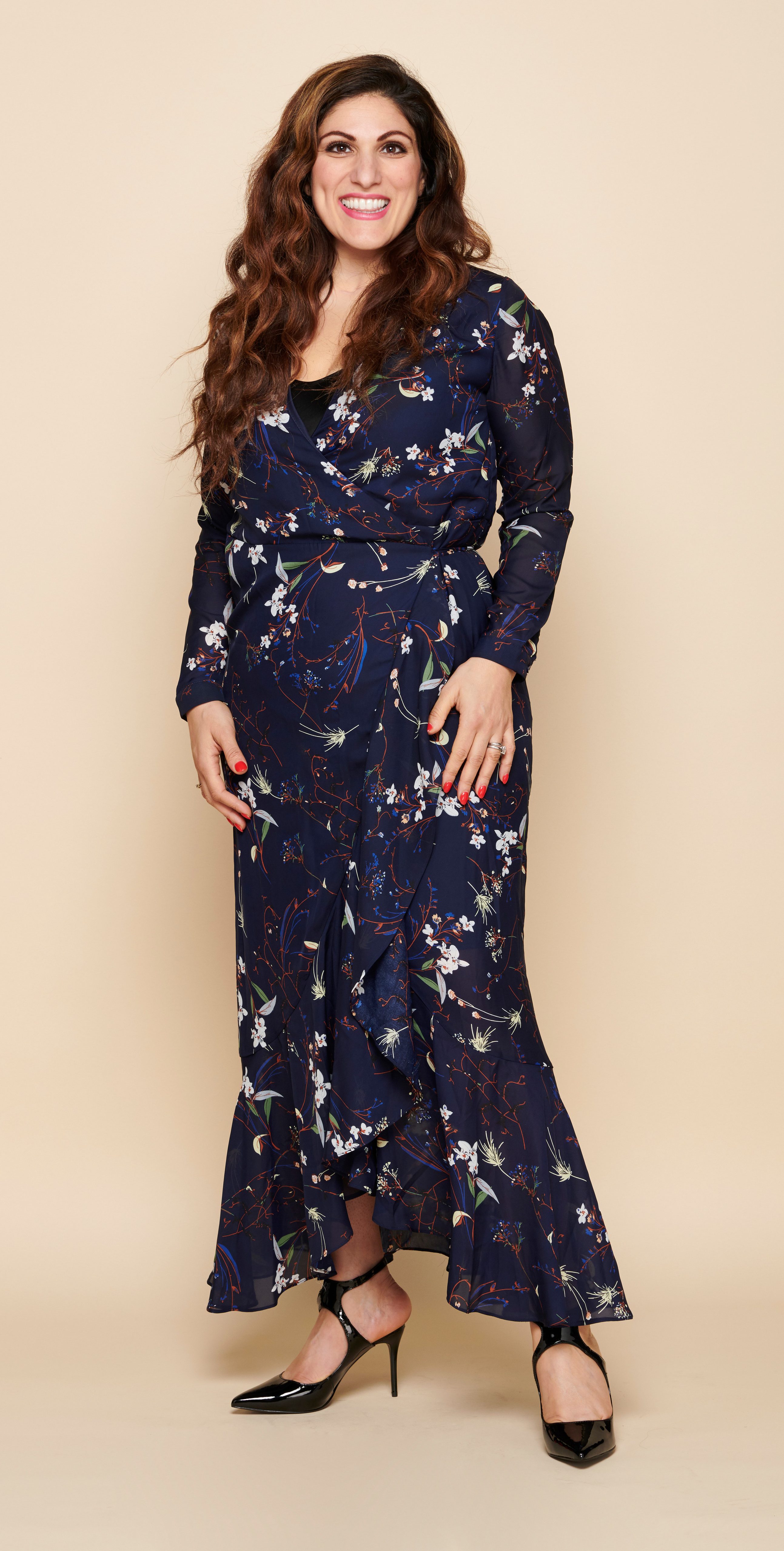 My hair’s naturally long. I don’t have any extensions – although people do pull it to check it’s real, all two foot of it.

But I’ve found once you hit 35 in the UK you’re expected to have short hair, especially after you’ve had children.

A few years ago I did a photo shoot about women with long hair , and that’s when the trolling started.

I got comments saying I was too old to have that hairstyle, and that I looked ridiculous.

Trolls get pleasure destroying other people, and to attack someone’s appearance is an easy win for them.

I’ve even had people telling me to cut it, especially after my sons Oliver, nine and Alexander, seven, were born.

I’m a strong person, and I think women with a voice online are targeted.

Trolls don’t feel you are real. They think because you’re behind a screen and there’s a barrier between you you’re not going to have feelings, so they can lash out and say whatever they like to you.

It gives them pleasure to try to destroy other people, and to attack someone’s appearance is an easy win for them. 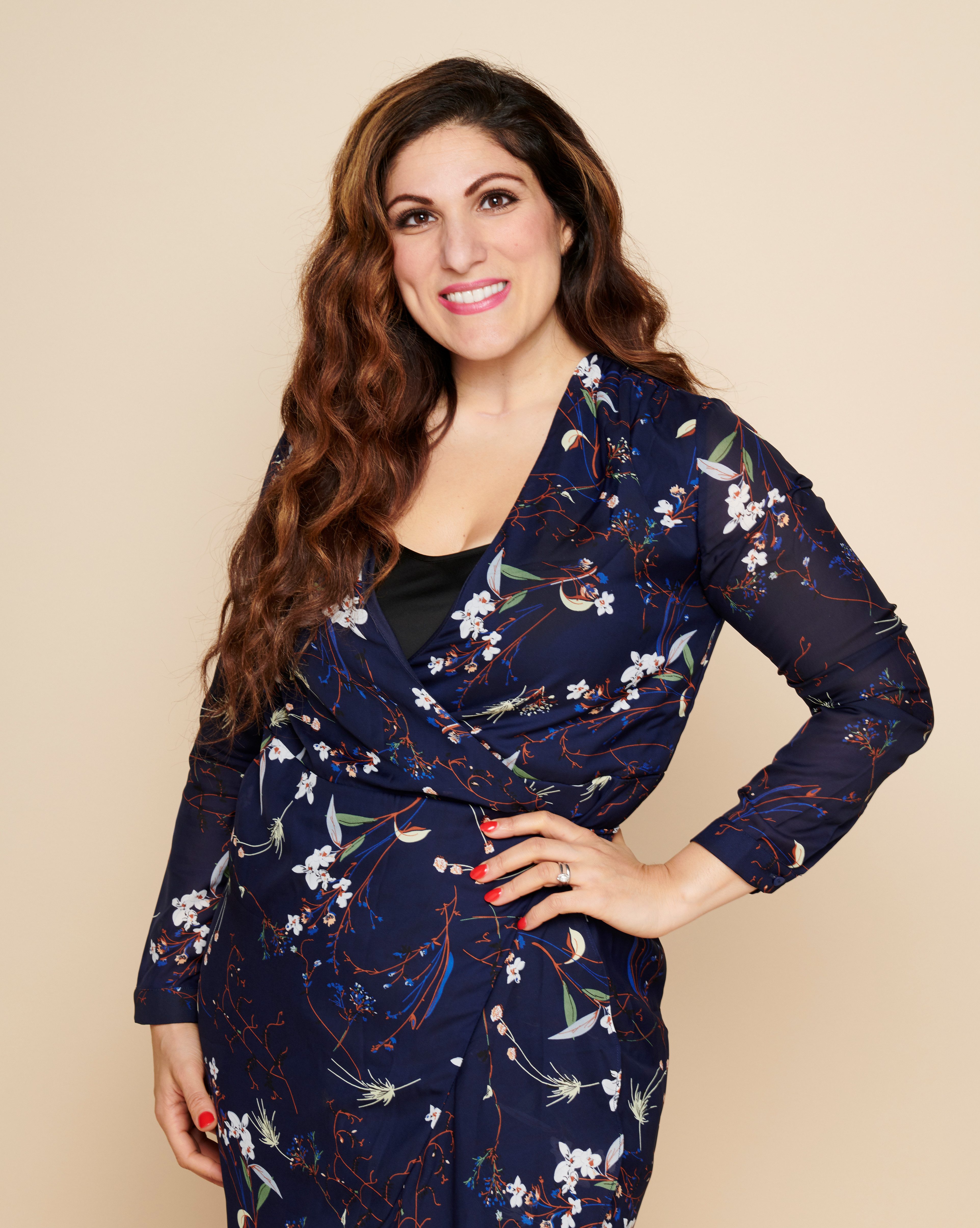 Someone even wrote on that Tattle.Life website that I had bitchy eyes!

While most of the time I don’t let it get me down, if I’ve got PMT then it will affect me.

People think I’m a super-confident, relentlessly strong 24/7 superwoman and they can throw anything at me. But I’m a human being, with emotions. 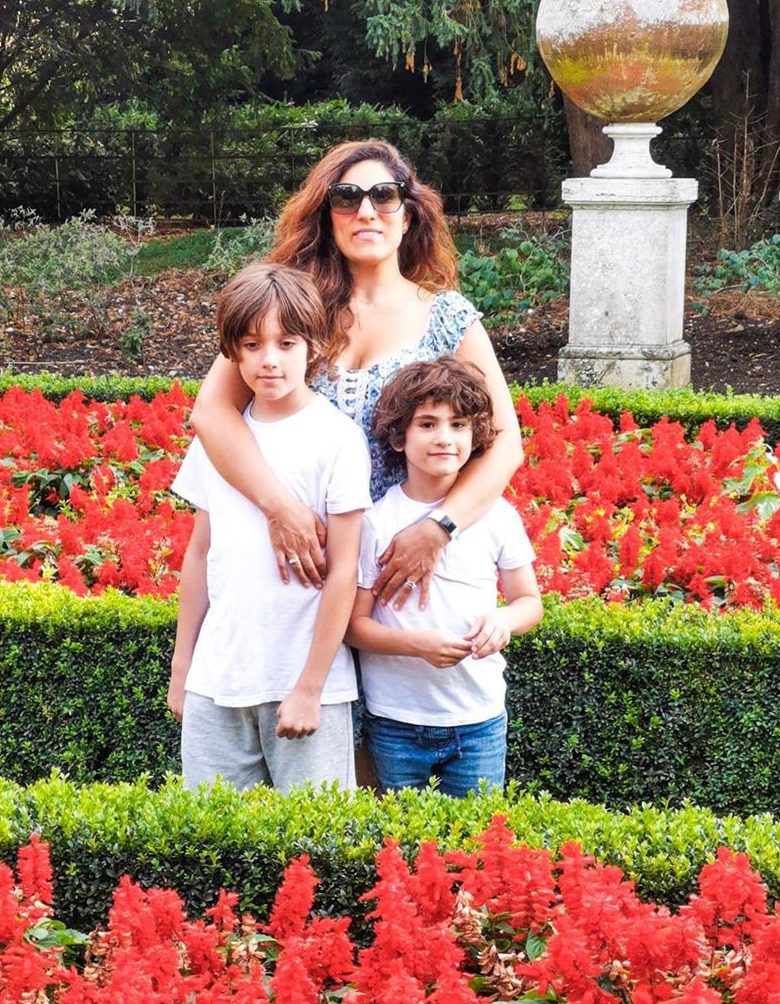 My husband Peter, 39, likes my hair but simply feels I should wear it how I like. He likes me regardless. He does feel protective but doesn't think I should take any notice of trolls or give them time and energy.

I am pretty thick-skinned and resilient.

No one’s going to make me cut my locks off. I’m not going to conform to whatever society thinks is the ‘correct’ hair length – why shouldn’t I have long hair?”

For more real life stories, read about the four women who, like Emma Watson are 'self-partnered' and are happily single and not dating.

Read our exclusive chat with Kelly Brook where she talks about loving her curves & why life definitely begins at 40.

And finally,  read about a model who was shamed for tiny baby bump says her body ‘bounced back’ one WEEK after giving birth.