A WOMAN has shared the ‘passive aggressive’ note she received in her takeaway – but not everybody agrees with her.

TikTok user Emma shared a video of the yellow post-it note she discovered inside her order of mac n’ cheese with her followers. 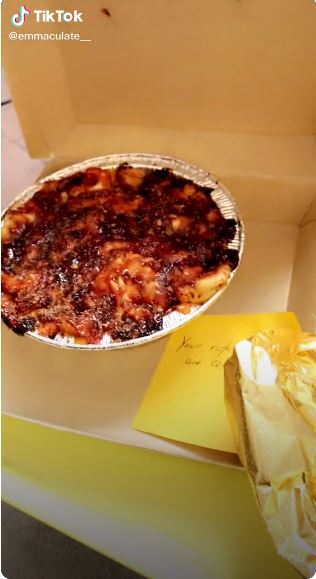 The note said: “Your right eyelashes are coming off…”

Captioning the video, Emma wrote: “Happy anniversary to the time an employee utilised a passive aggressive post-it to inform me of my wonky eyelash.

But while Emma described the note as pass-ag, not everyone else was convinced, with many agreeing it was a “sweet” thing to do. 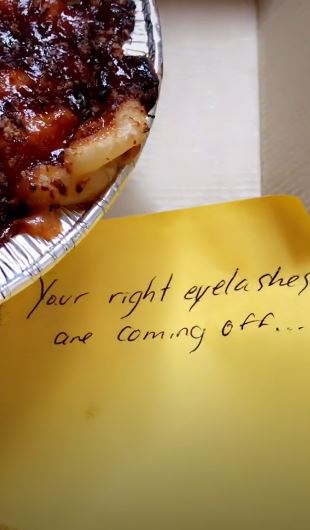 Commenting on her video, one wrote: “That’s not passive aggressive! That’s so kind and discreet.”

“They might’ve just been a little awkward and afraid to tell you,” said another.

Emma eventually agreed, adding, “I think she was just trying to be nice and was too shy to say it to me directly.

“Nonetheless I thank her for it hahaha.”

In other news, Mrs Hinch revealed the sweet note a stranger left on her table while she was out for lunch.

And this struggling mum broke down in tears after a stranger left food on her doorstep.

Plus a mum was ‘blown away’ as mystery white van man pays for McDonald’s for her whole family- and staff say he does it every week.