Army Secretary Ryan McCarthy on Tuesday announced 14 firings and suspensions among commanders and lower-level leaders as a result of an investigation into a pattern of sexual assault, harassment, suicides and murder at the Fort Hood Army post in Killeen, Texas.

The investigation followed the death of Specialist Vanessa Guillén, who was bludgeoned to death at Fort Hood earlier this year. In addition to the disciplinary actions, McCarthy released findings from an independent review he commissioned in July to assess problems at Fort Hood, with a focus on claims of discrimination, harassment and assault. McCarthy named five civilians to be part of the review of the command climate and culture at the base and in the surrounding military community around Fort Hood.

“I have determined the issues at Fort Hood are directly related to leadership failures,” McCarthy said in announcing the firings at a Pentagon press conference.

“I am gravely disappointed that leaders failed to effectively create a climate that treated all soldiers with dignity and respect, and that failed to reinforce everyone’s obligation to prevent and properly respond to allegations of sexual harassment and sexual assault,” McCarthy said.

The Army’s action follows last month’s airing of a CBS News investigation into sexual assault within the U.S. military. Over the course of a year-and-a-half, CBS News spoke to nearly two dozen sexual assault survivors from all branches of the military who say their allegations were brushed aside and they were retaliated against for reporting their assaults.

“Anytime you see soldiers, or you know, whether they were soldiers for life, whether they’re on active duty or not, for them to come forward, shows how terribly hurt they were,” McCarthy told “CBS Evening News” anchor and managing editor Norah O’Donnell, referring to the CBS reports. “And it just compelled me to want to respond.”

McCarthy said Guillén’s murder “shocked our conscience and brought attention to deeper problems” at Fort Hood and across the Army more widely. He said it “forced us to take a critical look at our systems, our policies, and ourselves.” 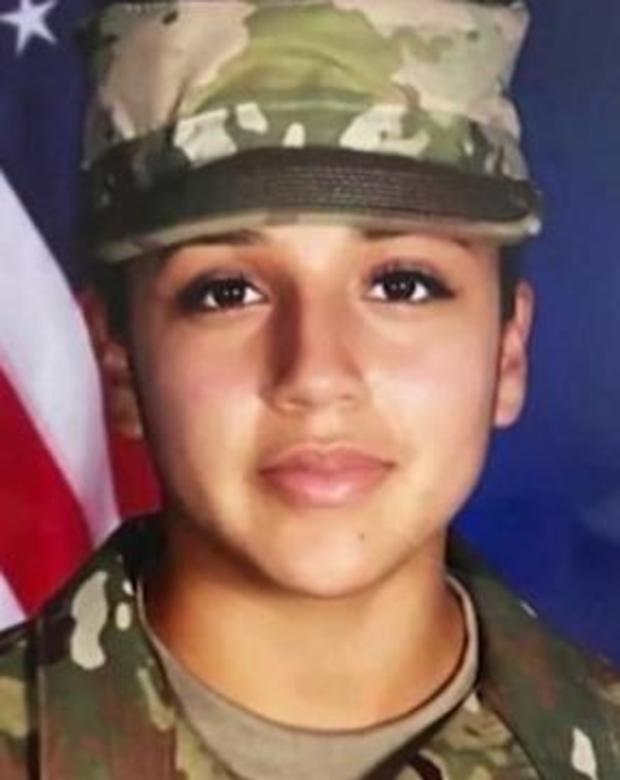 Guillén, who was 20 years old, disappeared on April 22. Her body was recovered outside the post on June 30. The suspect in her death, Specialist Aaron Robinson, killed himself on July 1 as police were attempting to take him into custody. Guillén’s family has said Robinson had sexually harassed her, but the Army has said there is no evidence supporting the claim. McCarthy said the case is still under investigation.

On July 30, McCarthy directed the establishment of an Independent Review Committee to review the culture at Fort Hood. The committee was composed of the regional director of a veterans’ nonprofit and four lawyers with backgrounds that include law enforcement, military and government investigations, and complex employment issues.

The committee surveyed 31,612 soldiers, interviewing 647, and met with civic and elected leaders, local law enforcement leaders and the local district attorneys, according to McCarthy.

Their investigation concluded with nine findings and 70 recommendations, which were presented to Army leadership on November 9.

“The findings of the committee identified major flaws with the Sexual Harassment and Assault Response Prevention Program from implementation, reporting, and adjudication; fundamental issues with the Fort Hood Criminal Investigation Command field office activities that led to unaddressed problems on Fort Hood; and finally, a command climate at Fort Hood that was permissive of Sexual Harassment and Sexual Assault,” McCarthy said, adding later that he has “decided to accept all these findings in whole.”

Chris Swecker, a lawyer and former assistant director of the FBI’s Criminal Investigative Division led the investigation. He said during Tuesday’s press conference that Fort Hood had an ad hoc missing persons policy and “failed to institute crime suppression strategies.”

“There was a founded fear that the confidentiality of the reporting process would be compromised,” Swecker said. “It took so long to get an adjudication that people never saw an adjudication.”

“We saw a delayed process. And you know the saying: Justice delayed is justice denied,” Swecker said.

About three-quarters of the soldiers interviewed by the panel were women. More than 18% recounted sexual assaults, according to panel member Queta Rodriguez, the regional director of a nonprofit organization for veterans.

“We discovered 93 credible accounts of sexual assault, of those only 59 were reported,” Rodriguez said, adding that the number of unreported accounts shows how a “lack of confidence in the system affects reporting” of assaults.

Carrie Ricci, an associate general counsel for the U.S. Department of Agriculture who also served on the panel, said interviews revealed that victims experienced “reluctance, and that feeling that we won’t be believed.”

“What many of the soldiers needed was to be believed, and I just want to say to them, ‘We believed you,'” Ricci said.

Jack White, a lawyer with experience in government investigations, said the findings and recommendations also included consideration of long conversations with members of Guillén’s family.

“In looking at the culture we wanted to hear from them what their experience was when their daughter was missing, when the search was happening, what were their interactions with command,” White said.

McCarthy said he is creating a “People First Task Force” that will be responsible for making plans to implement the committee’s recommendations, beginning in March. He also said that he’s already signed a new policy to follow when soldiers go missing.

The new policy allows commanders to classify missing soldiers for up to two days as “absent-unknown” while trying to determine if the soldier left their post voluntarily. Previously, soldiers whose whereabout were unknown were immediately listed as AWOL.

“It clarifies expectations and responsibilities of unit commanders and Army law enforcement authorities, focusing on the first 48 hours a soldier is missing,” McCarthy said. “It creates new processes for soldiers’ reporting for duty status and casualty status, for supporting missing soldiers’ families.”