The Christmas season is the perfect time to curl up with a good book. And cozy mystery novels – with their backdrops of small towns, village bakeries, tea shops, and bed and breakfasts – make for the perfect winter afternoon with a cup of hot cocoa and a whodunit. 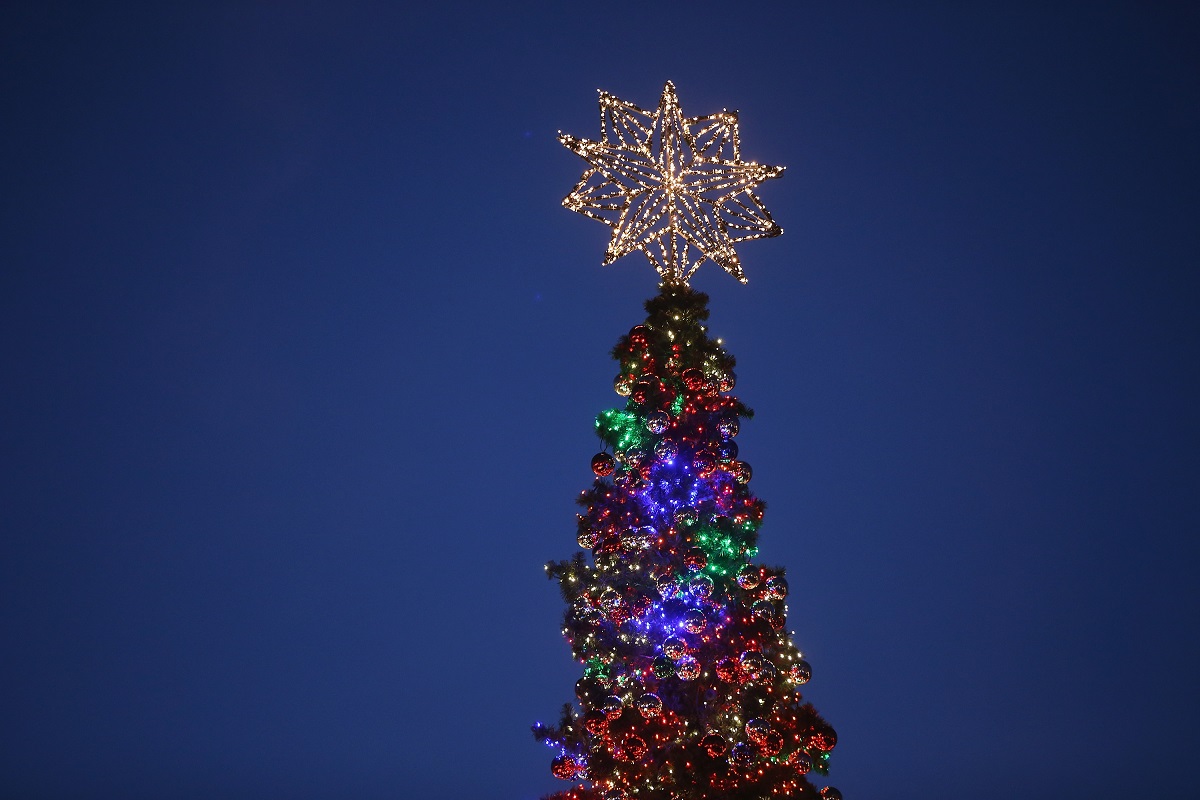 ‘The Mousse Wonderful Time of Year’ by H.Y. Hanna

Each book in H.Y. Hanna’s popular British cozy mystery series, The Oxford Tearoom Mysteries, features Oxford tearoom owner Gemma Rose as an amateur sleuth. In The Mousse Wonderful Time of Year, Gemma enlists the help of the quirky Old Biddies and her nosy cat, Muesli, to solve a murder mystery at a snowed-in country manor over the holidays.

Hanna’s books have just the right combination of spice and sugar, and a recipe in each one (this time, for festive fruit mince pie) sweetens the deal.

‘A Merry Murder’ by Kate Kingsbury

Kate Kingsbury’s Pennyfoot Hotel series, which channels Agatha Christie, is set in a picturesque but secret-laden inn in Edwardian England. The hotel’s owner, Cecily Sinclair, runs a tight ship, but she has an annual problem: the Christmas Curse, which sends her on a wild goose chase after a murderer nearly every holiday season.

Fatal disaster strikes at the Pennyfoot yet again in A Merry Murder, when Cecily’s maid, Gertie, finds a distinguished aristocrat dead – strangled by a silk scarf, no less – in the laundry room just before Yuletide. Cecily has to solve the mystery before the murderer gets away (and before her hotel’s reputation is ruined), but she just might be closer to the crime than she thinks.

‘Murder in the First Edition’ by Lauren Elliott

In Murder in the First Edition, Elliott is preparing to donate a rare first edition 1843 copy of Charles Dickens’ A Christmas Carol to an upcoming charity auction when a man from her past steps in to complicate things.

Jonathan, her late fiancé’s father and a notorious philanderer, has a tryst with none other than the charity auction leader, Teresa Lang, just before Addie discovers Teresa dead at her office. What’s more, Addie’s valuable copy of A Christmas Carol is nowhere to be found. Is Jonathan to blame? Or could something else be afoot in this holiday murder mystery?

‘Murder at an Irish Christmas’ by Carlene O’Connor

In Murder at an Irish Christmas, Siobhán and the other O’Sullivans visit the family of brother James O’Sullivan’s fiancée, Elise, in neighboring West Cork for the holiday season. But the festivities are cut short when the families are snowed in by a storm and Elise’s grandfather, a famed conductor, is found crushed under a harp. What’s more, his young wife is among the many possible suspects – and Siobhán is immediately on the case. 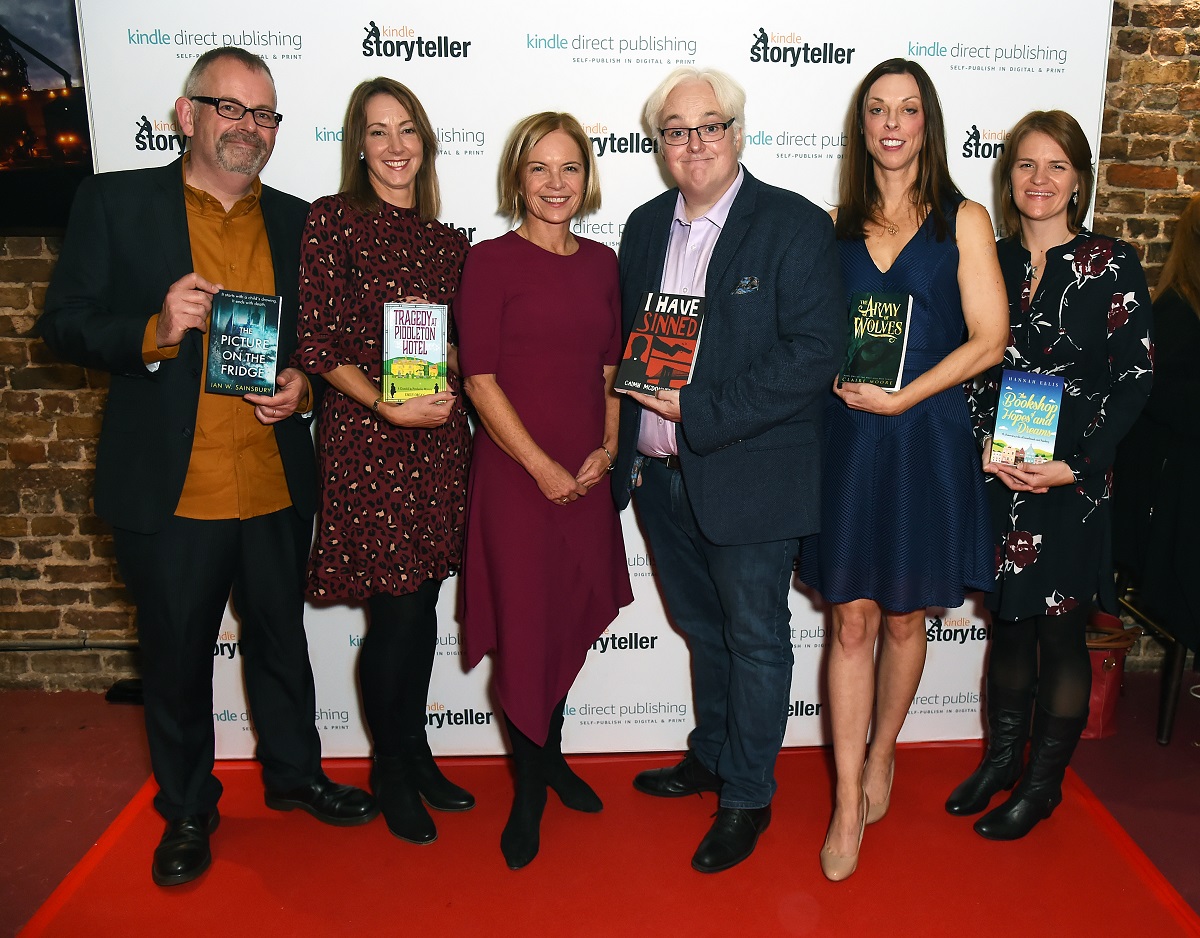 ‘Christmas Calamity at the Vicarage’ by Emily Organ

Christmas Calamity at the Vicarage, a novella in Emily Organ’s tea-and-cake-fueled Churchill and Pemberley Cozy Mystery series, is the perfect light holiday read with a quirky cast of characters.

Annabel Churchill and Doris Pemberley are in their twilight years. Still, the two eccentric seniors don’t let that stop them from tracking down ne’er-do-wells through their private detective agency in a quiet Dorset village.

In Christmas Calamity at the Vicarage, however, the tables are turned during an ill-fated Christmas party at the Compton Poppleford vicarage. The choirmaster’s body is discovered in the parlor in a tragic turn of events. Both the vicar himself and grouchy Inspector Mappin – who has never approved of the senior sleuths’ less-than-conventional investigations – name the detectives as prime suspects. Churchill and Pemberley suddenly have to put their private-eye skills to work to prove their innocence before it’s too late.

House-sitter Thea Osborne doubles as a sharp-witted rural detective in Rebecca Tope’s popular Cotswold Mysteries series, all set in the rolling hills of the idyllic English countryside and featuring a beloved cast of characters.

In A Cotswold Christmas Mystery, Thea and her stepdaughter, Stephanie, try to help the local Frowse family as they’re beset by a series of woes just before the Christmas season. First, a pushy landlord won’t stop harassing the Frowses; then, matriarch Beverley Frowse suddenly goes missing. Finally, on Christmas Day, a dead body is discovered at the Frowse household – and Thea can’t help but go into full sleuthing mode, even during the holidays.