The Walt Disney Company has come a long way since it was founded by brothers Walt and Roy O. Disney nearly a century ago. What began as a cartoon studio is now a media powerhouse, complete with amusement parks and properties.

But for all its success, the family behind “The Happiest Place On Earth” has largely stayed out of the limelight and the business. While it’s not known just how much the family is worth,GOBankingRates estimated the company’s net worth to be $130 billion. Roy O.’s grandson, Roy P.previously said the family owns less than 3% of the company, but assuming it is approximately that amount would put their fortune around $3.9 billion (not counting any investments in addition to Disney holdings).

From a family trust fund feud to generous philanthropic endeavors, here’s a look at the three generations of theDisney family.

The family has not responded to multiple attempts to reach them for comment.

Disney cofounder Walt Disney wanted to be a cartoonist since high school, taking extracurricular art classes at the Chicago Academy of Fine Arts. 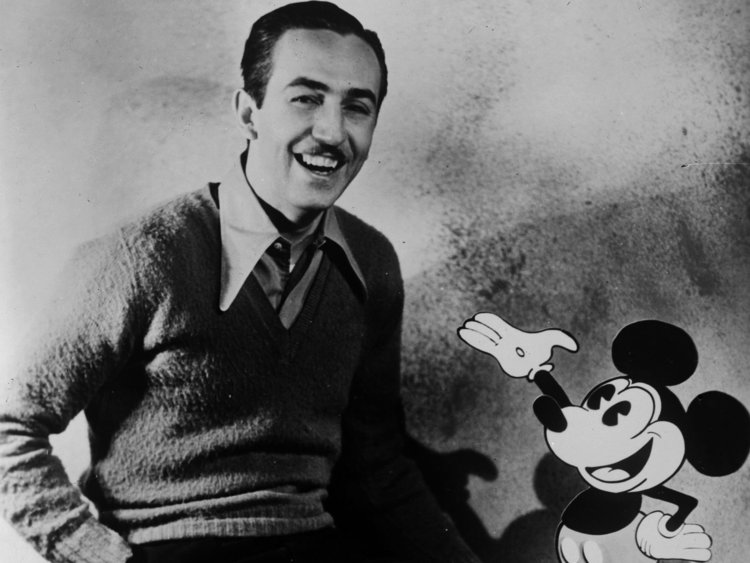 He later worked at a film ad company in Missouri, where he learned animation and went on to form his first animation studio, Laugh-O-Grams,according to the Walt Disney website. But a bad business deal led to the downfall of the studio: A small theatrical company called Pictoral Clubs reportedly offered Laugh-O-Gram $11,000 for six small films, but it only gave Disney a $100 down payment before Pictoralwent bankrupt.

Walt then left for Hollywood. In 1923, he cofounded the Disney Brothers Cartoon Studio, which became Walt Disney Studio, with his older brother Roy O. Disney. The two had a close relationship: Walt controlled the creative aspects of the company, while Roy ran the business side.

Five years later, “Steamboat Willy” was the first media production to debut Mickey Mouse. In 1937, Disney’s first feature-length film, “Snow White and the Seven Dwarfs,” debuted and became a box office hit, taking the company from being in debt to being worth millions of dollars.

By the late 1950s, Walt had created a family entertainment world complete with movies, TV shows, and an amusement park. 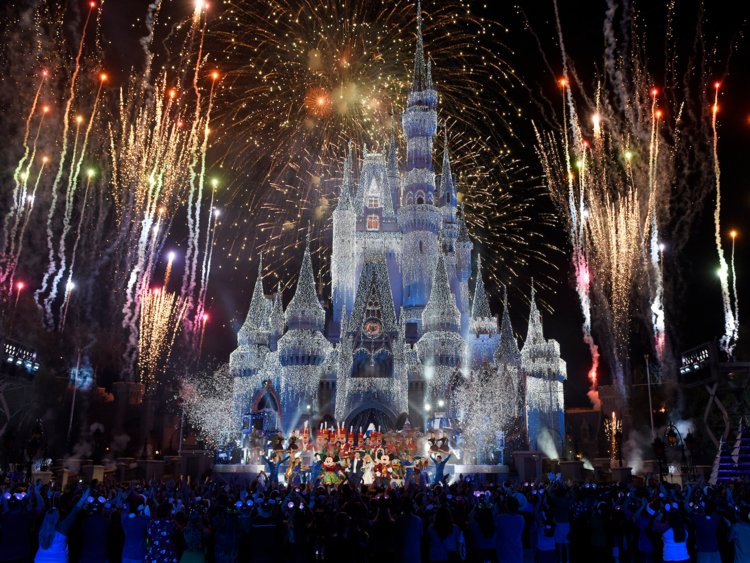 That same year, Walt launched one of the most important projects of his career,according to the Walt Disney website: “Mary Poppins,” which received 12 Academy Award nominations.

Today, Disney is one of the biggest media companies in the world, with an estimated net worth of nearly $130 billion. It was named the No. 1 best-regarded company in 2018 by Forbes. 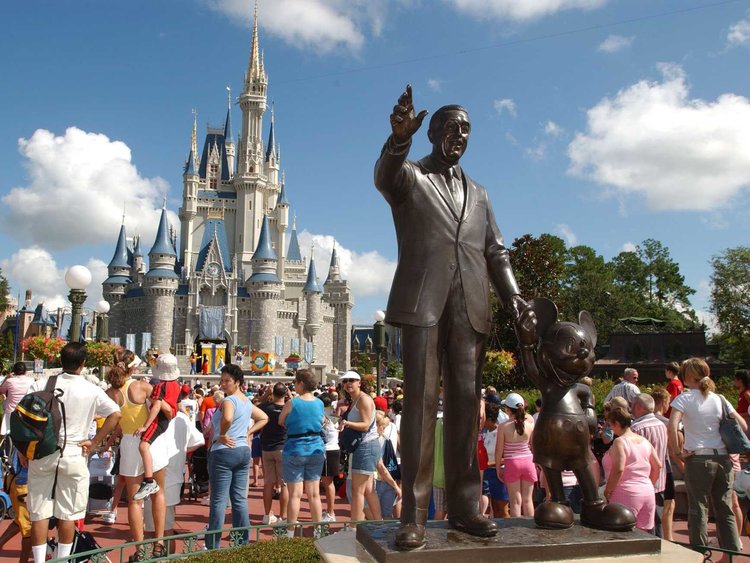 GOBankingRates’ Sean Dennison evaluated the company’s net worth to be $130 billion based on its revenue and profits from the past three years. In 2019 alone,Disney has been on the upswing.It announced a new streaming service, Disney+, which caused Disney shares to hit record-high,Arjun Reddy of Business Insider reported.

In March, Disneyacquired Fox’s entertainment business for $71 billion as part of its plan to compete with technology companies like Amazon and Netflix. It got a controlling stake in streaming service Hulu in the process. It was Disney’s23rd acquisition.

It’s unknown how much the Disney family is worth today, but Walt has been described as a “family man” who tried to provide a normal life for his family. 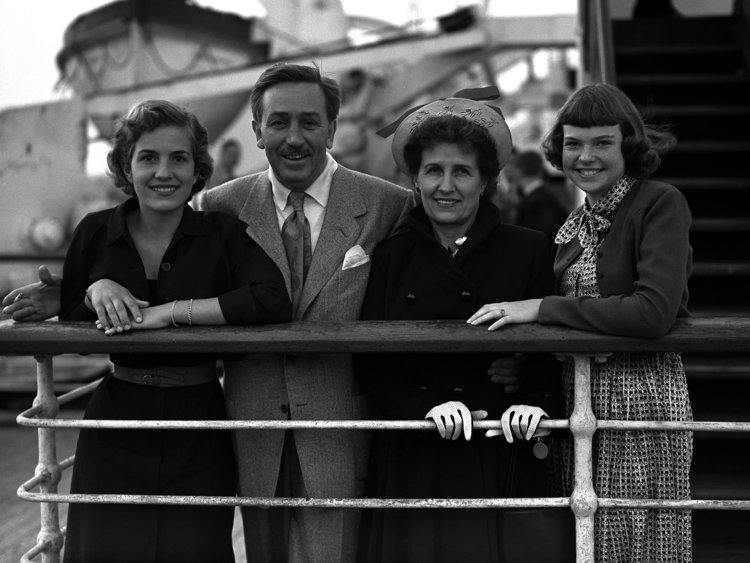 In 1925, Walt married Lillian Bounds, a studio inker. Eight years later, Lillian gave birth to Diane, and the couple later adopted their daughter Sharon as an infant. Walt drove the girls to school every day and barely brought his work home.

“We weren’t raised with the idea that this is a great man who is doing things that no one else had ever done,”Sharon had said. “He was Daddy. He was a man who went to work every morning and came home every night.”

Walt died in 1966 of lung cancer, leaving behind a network of trusts and family foundations for his family.

Walt and Lillian had two main residences, both in California. 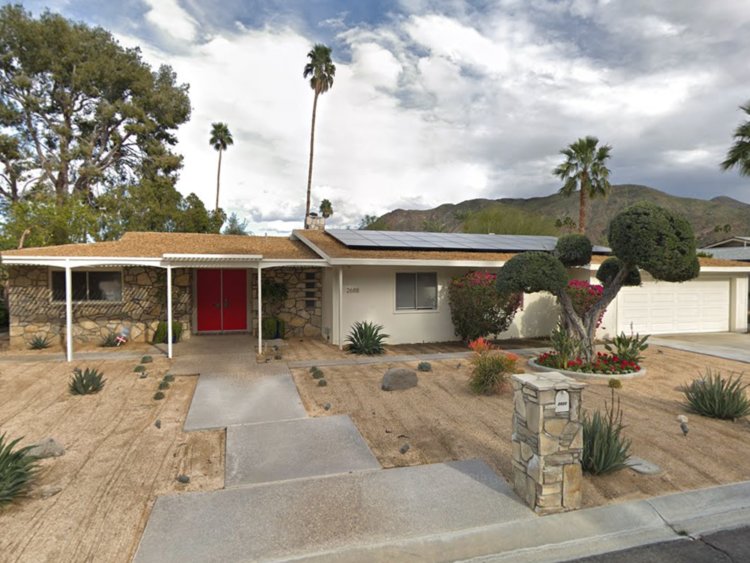 Their main residence was an estate in Los Angeles’ Holmby Hills, worth $8.45 million before being sold in 1998. A subsequent owner made renovations that put its value at $90 million.

Walt’s older daughter, Diane, married Ronald Miller in 1954 and had seven children, who were reportedly relatively quiet with their side of the family fortune. 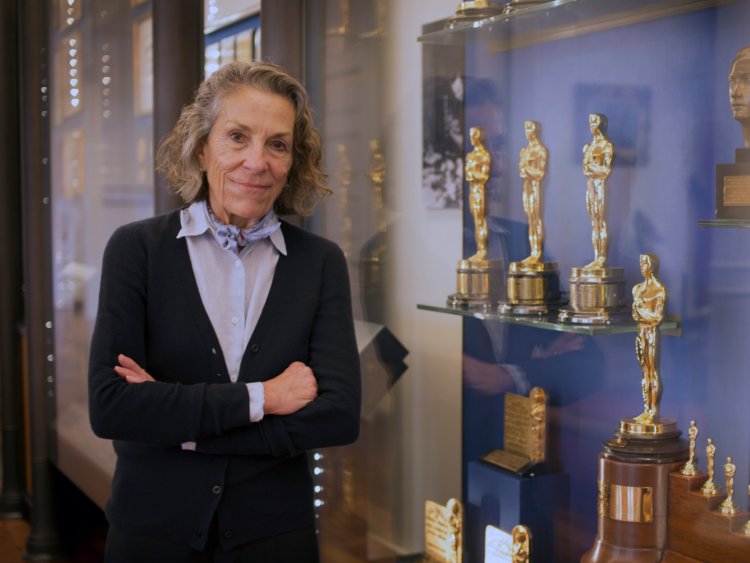 Diane raised her children — Chris, Joanna, Tamara, Jennifer, Walt, Ron Jr., and Patrick — the same way she was raised, trying to give them a typical life. Tamarapreviously told People that their mother took a “hands-on approach to raising children,” forgoing a nanny and taking them to tutors and soccer practice.

“We … lived a very simple, traditional family life,” Chrispreviously said in an interview. “So when people would confront us with ‘your grandpa is Walt Disney,’ it seemed like an odd affront to us,” even though, he added, “we knew grandpa was world-renowned.”

“Our parents and grandparents did a beautiful job of protecting us,” Jennifer said in the same interview. “We really had such a normal life. They all made sure of it.”

Walt’s younger daughter, Sharon, adopted one child, Victoria, with her first husband, Robert Brown. She then had twins, Brad and Michelle, with her second husband, Bill Lund. 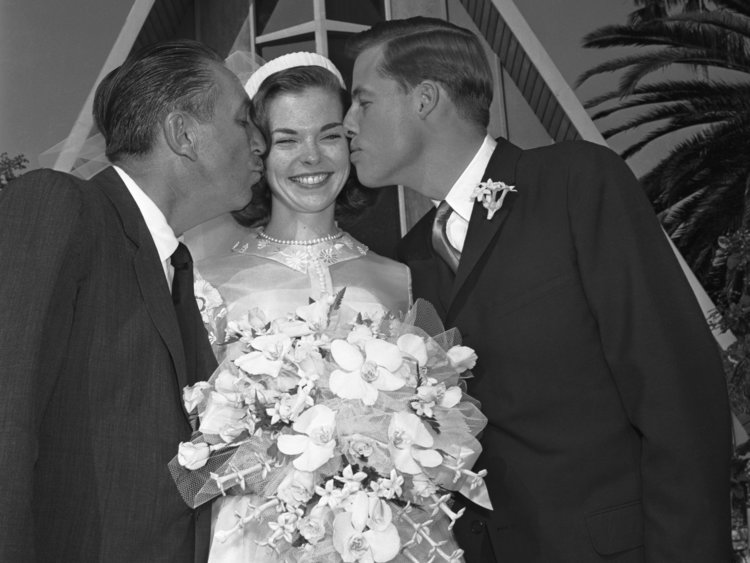 Like her sister, Sharon stayed out of the limelight and tried to protect her kids from Disney fame,reported Eriq Gardner of The Hollywood Reporter. Brad told Gardner he led a “very normal life.”

Michelle has never had a job and owns three homes, spending a lot of time in Newport Beach, California, according to Gardner.

Victoria was said to live quite lavishly, splurging on $5,000-a-night suites at the Royal Palms apartment homes in Las Vegas, Gardner wrote: “She once went on a Disney cruise ship and destroyed her suite in such spectacular fashion that Eisner, then-CEO of the company, had to call the trustees and make them pay for the damages. The family staged numerous interventions, to no avail.”

Victoria’s share of the family fortune was added to Brad’s and Michelle’s after she died in 2002 from health complications,Michael Lyons of National Post reported. 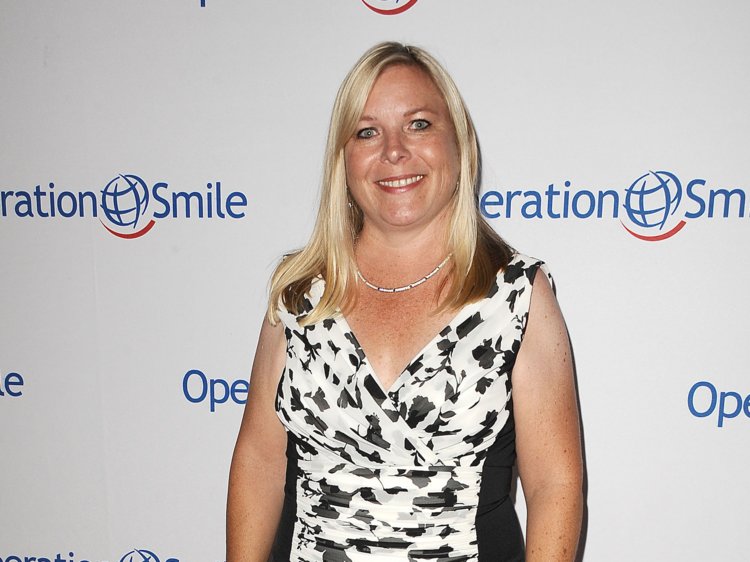 The inheritance was supposed to be distributed in annual payments and lump sums at five-year intervals at ages 35, 40, and 45,reported Gardner. However, the trustees dispersed the payments to Michelle, but withheld Brad’s.

Michelle and the trustees argued that Brad wasn’t capable of managing his share because of a “chronic cognitive disability” and that Bill, their father, was taking advantage of this to gain money,according to NBC News.

Bill argued that the trustees were manipulating his daughter Michelle. According to Gardner, he was previously a trustee but resigned after an allegation that he used trust money to gain more than $3 million in kickbacks from a real-estate deal. He reportedly agreed to an annual settlement of $500,000.

While Michelle reportedly suffered from drug addiction and had a brain aneurysm that “left her with uncertain mental abilities,” the trustees agreed with her about her brother, Gardner wrote. And the court ended up ruling in favor of the trustees, continuing to withhold Brad’s payments while paying out Michelle’s.

On the other side of the family, Roy O. and wife Edna Francis gave birth to Roy E. Disney in 1930, who later became a senior executive for The Walt Disney Company. 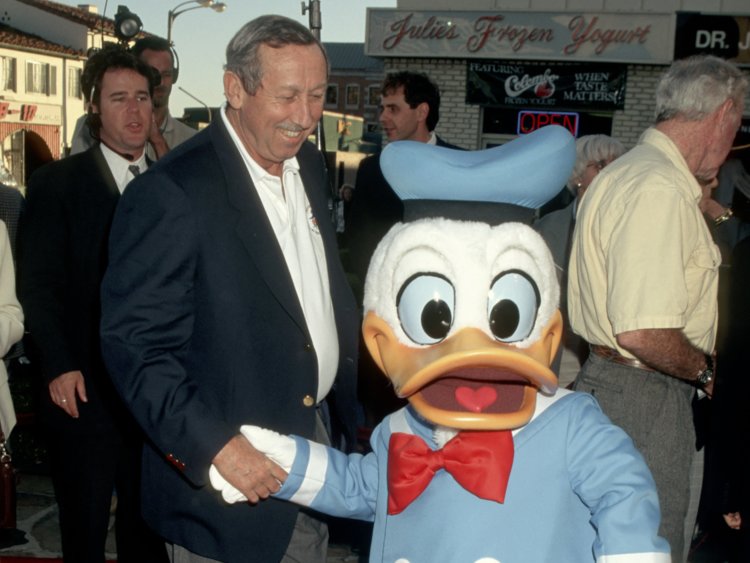 Roy E. had four children of his own — Susan, Roy P., Tim, and Abigail.

Around the time Michael Eisner became CEO of Disney in the 1980s and revived the company, Disney stocks increased and the family’s net worth skyrocketed to 50 times what it was when Roy E.’s children were growing up, Abigail toldSarah McVeigh of The Cut.

In 2003, Roy E. announced plans to sell 7.5 million Disney shares — about 43% of his stake in the company, reportedRandall Smith and Bruce Orwall of The Wall Street Journal. He died in 2009 of stomach cancer.

Roy E.’s daughter Abigail started feeling uneasy about her family’s wealth by the time she reached her 20s. 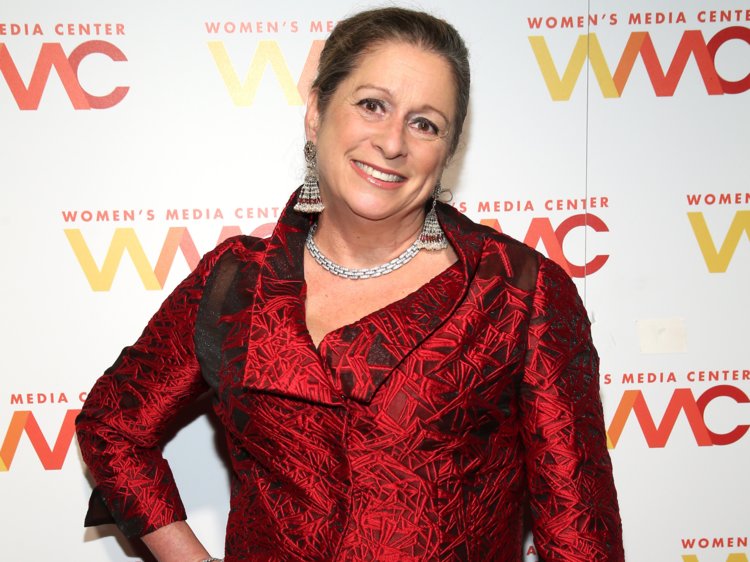 Abigailtold The Cut said she was embarrassed by her family’s wealth, adding that it bred deep self-doubt and an “inferiority complex around people who have actually earned their money.”

“We went from being comfortable, upper-middle-class people to suddenly my dad had a private jet,”she said, referring to the family’s 737 private jet. “That’s when I feel that my dad really lost his way in life. And that’s why I feel hyperconscious about what wealth does to people. I lived in one family as a child, and then I didn’t even recognize the family as I got older.”

Abigail is a documentary filmmaker and foundedFork Films, which focuses on international social issues. She added that thefortune she inherited would have made her a billionaire if she wanted to be one, and that she wouldoutlaw private jets if she could.

Abigail’s brother, Roy P., said in an interview that by 1960, Walt and Roy O. owned about 20% of the company — today, the whole family owns less than 3% of the company. 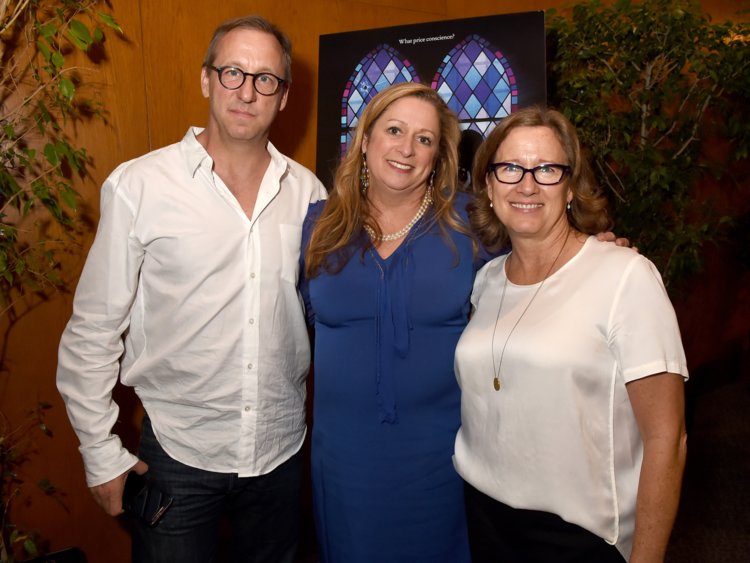 Roy P. is an investor,according to the interview.

His brother, Tim, is a screenwriter with a hefty real-estate portfolio. Tim reportedly bought Kristen Wiig’s Los Angeles house for $5.2 million, according toYolanda’s Little Black Book. He also has a renovated Spanish estate in Los Feliz, which he bought for $6.4 million, and a weekend retreat in Joshua Tree. He previously sold a Hancock Park property for $4.45 million.

Their sister, Susan, also makes real estate moves: She previously owned a 4,883-square-foot beachfront house in Malibu, which she sold for $18 million after several price cuts, reportedMark David for Variety. She also runs the restaurant The Bel-Air, where grilled lamb chopsgo for $38.

While Walt and Roy O. kept their families in harmony, the two families were reportedly never close and drew even further apart after Roy O.’s death in 1971. 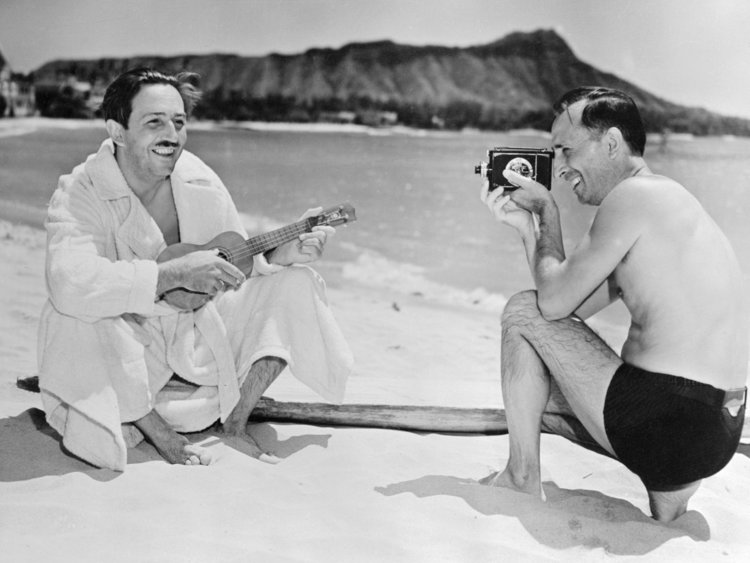 Diane’s husband and Walt’s son-in-law, Ron, became CEO of Disney in the early 1980s. In 1984, Roy E. replaced him with Eisner,according to People. The move reportedly deepened the family divide, but the two families later patched things up.

Roy E. was the only heir to get involved in the family business, which Walt tried to steer his children and grandchildren away from,according to Gardner.

Most of the Disney family has shied away from corporate affairs, instead displaying their wealth and power philanthropically, according to Gardner. 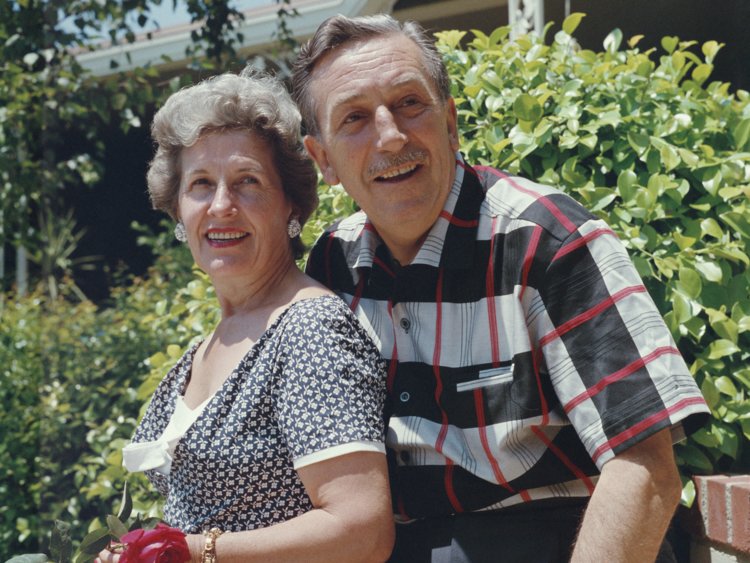 Disney family members — and the company itself — have donated millions to charity.

Lillian donated $274 million for a new concert hall in Los Angeles,according to The New York Times. Sharon was a trustee for CalArts, and got involved with the Marianne Frostig Center of Educational Therapy and the Curtis School Foundation,according to the Los Angeles Times. Her family has reportedly contributed nearly $100 million toward building Disney Hall on Bunker Hill.

According to Gardner, the Lund family is committed to the Sharon Disney Lund Foundation, donating money to cancer research and visiting the scientists. The Foundation has also donated $1 million to a non-profit arts organization for teens.

So far, Abigail has donated about $70 million and plans to keep “giving a lot of money away” until her death,she told The Cut. She and her husband, Pierre Hauser, cofoundedthe Daphne Foundation, which supports programs to end poverty in New York City.

And in 2018,The Disney Company announced a five-year global commitment of $100 million to children’s hospitals. It previously donated $1 million to UNICEF and most recently pledged $5 million tosupport the rebuilding of the Notre-Dame Cathedral.

The Disney Conservation Fund has also given out hundreds of grants worth $75 million toward wildlife organizations like The International Fund for Animal Welfare and The African People & Wildlife Fund.

SEE ALSO:Meet the Mars family, heirs to the Snickers and M&M's candy empire, who spent years avoiding the limelight and are America’s third-wealthiest family 'dynasty'

DON'T MISS:Meet the Cathys, heirs to the Chick-fil-A empire, who have a fortune of more than $11 billion and are one of America's wealthiest family 'dynasties'