Villa Le Roc Fleuri is a waterfront property in Nice, France that's newly on the market with an asking price of $34 million. 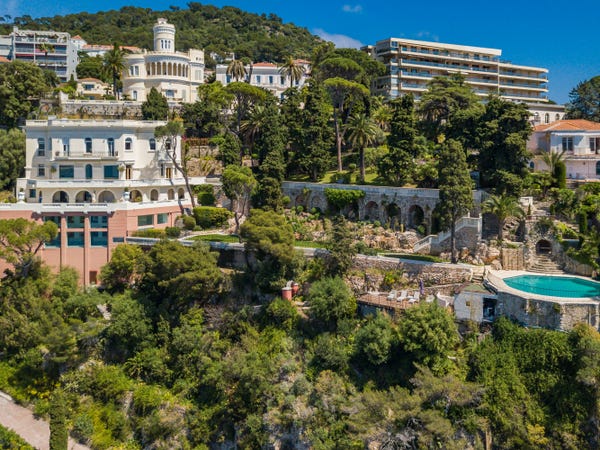 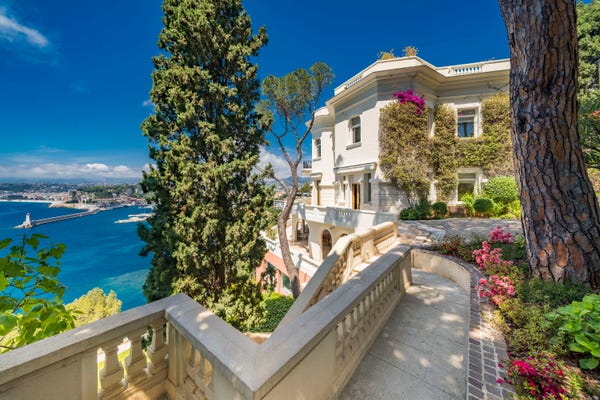 French Riviera locations like Monaco and Villefranche-sur-Mer also appeared in the popular film franchise, but it was this Roaring Twenties villa in Nice that caught the eye of the Scottish actor. 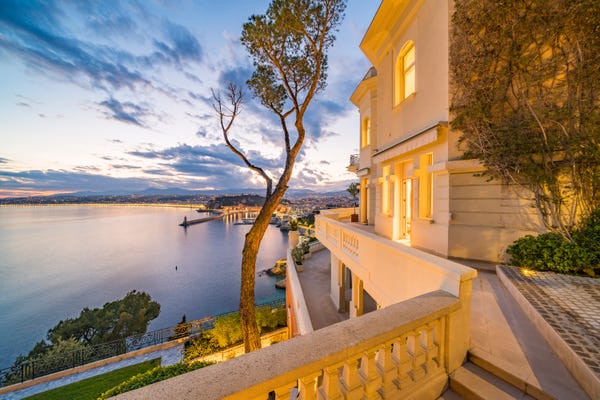 The six-story, 10,763 square foot residence has four en-suite bedrooms and is set among 53,819 square feet of manicured gardens. It was recently listed on the market by Knight Frank French Riviera. 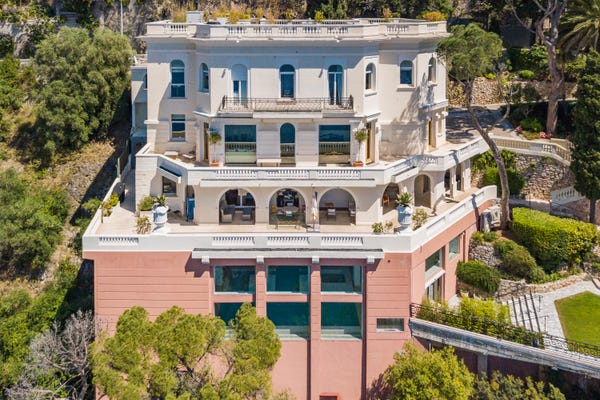 It's located on the coastal road that connects the southern French city to the principality of Monaco, an affluent neighborhood where Sir Elton John also owns a property. 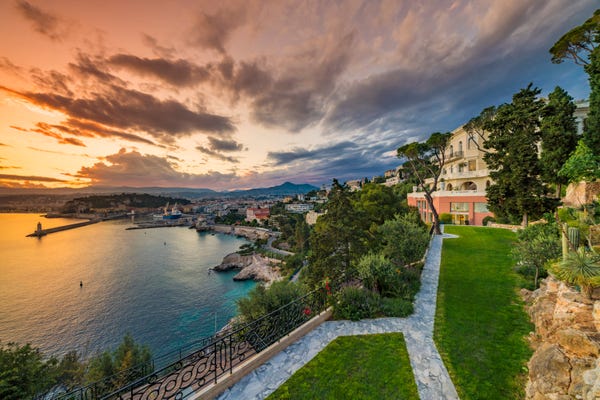 "The home was originally constructed in the 1850s as the guest pavilion of the Chateau d'Anglais (on the far right of the image below) and was transformed into the present villa in 1928 by its then-owner, a Dutch physician," said French Riviera house historian, Robert Levitt. 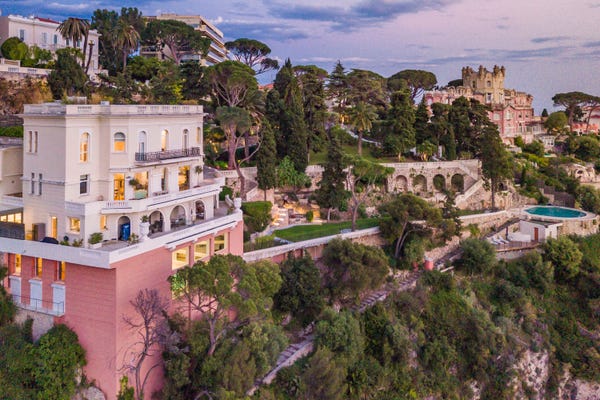 At the southern edge of the property, a circular outdoor saltwater swimming pool appears suspended over the water below. 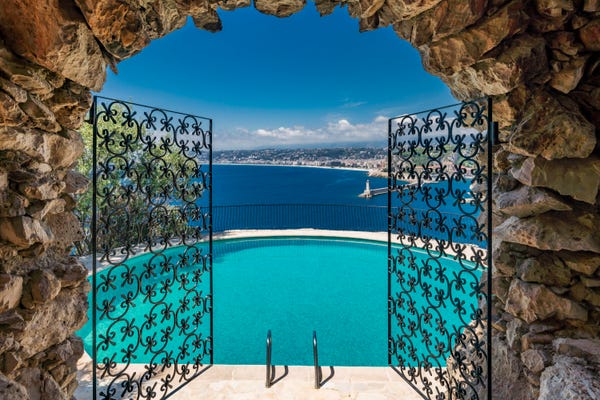 For the CEO of Knight Frank French Riviera, Fredrik Lilloe, the sunsets over the Baie des Anges (as the bay of Nice is known) are one of the property's selling points. "They really are spectacular," he told Business Insider. 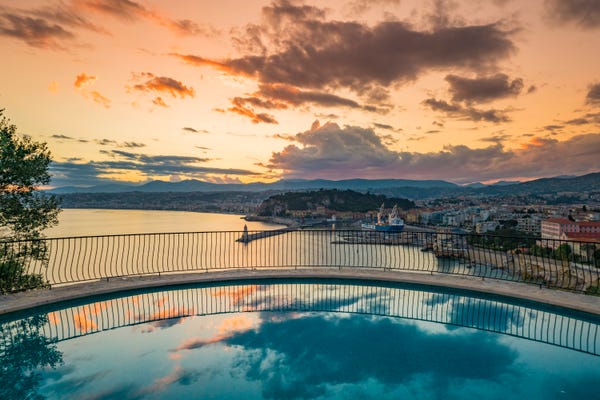 A sweeping view of the port of Nice and the Promenade des Anglais greets you as soon as you step inside the front door. 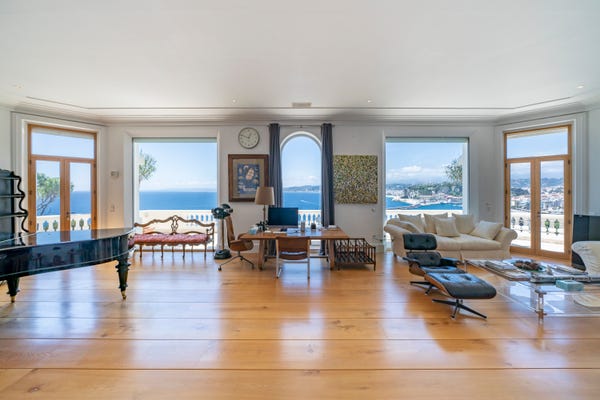 On the top floor, the master bedroom stretches the full width of the home, has a private balcony, and separate his and hers bathrooms. 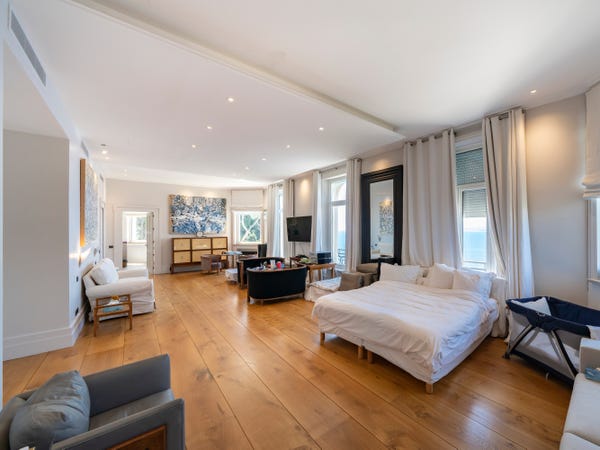 An original Art Nouveau elevator connects all six levels of the villa. The decorative detail matches the wrought iron style of the master staircase. 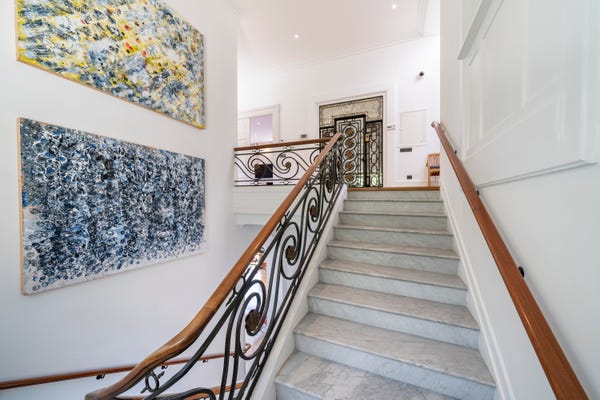 The cream and chrome-colored kitchen is fully-equipped with all modern appliances. 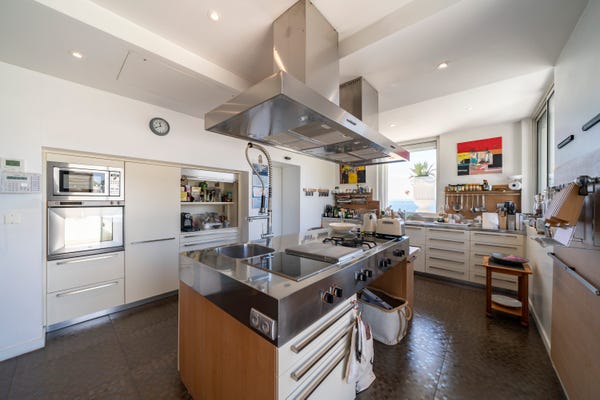 Next to the kitchen, a walk-in pantry also serves as a wine cellar. The current owner's collection includes fine wines from Bordeaux and Tuscany. 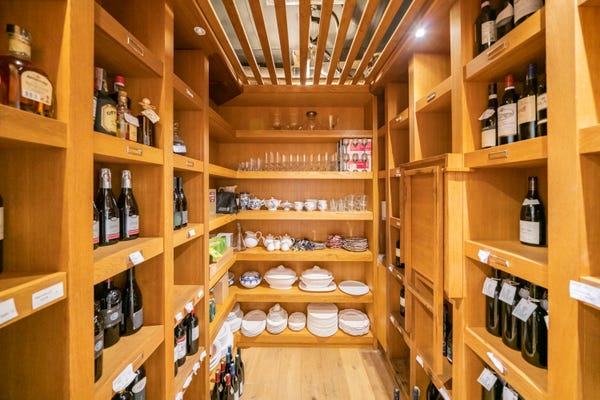 The furniture evokes a sense of theatre, from the grand piano in the reception room to the large abstract canvases that decorate the walls. 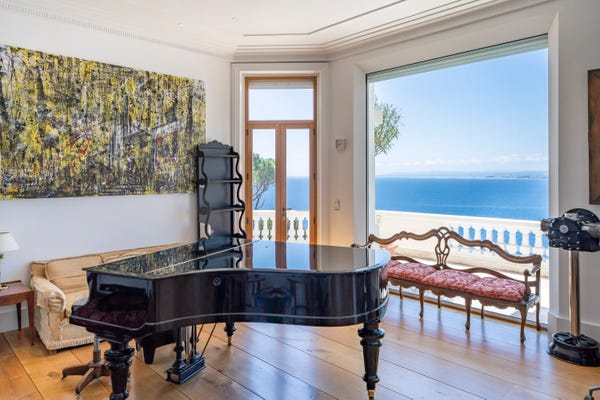 On the ground floor, an indoor infinity pool and spa can be accessed by a glass staircase. There is also a bar and lounge area that opens out onto a garden terrace. 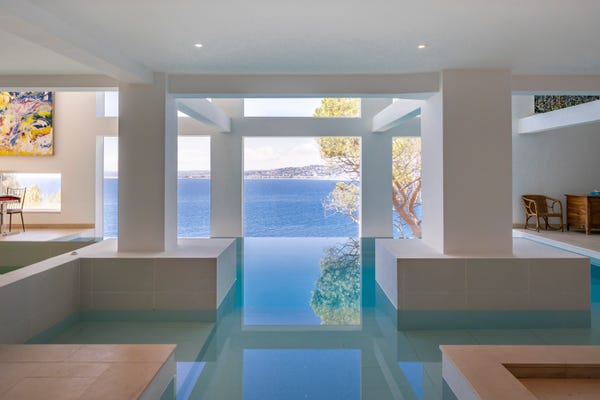 On a split level overlooking the swimming pool is a fully-equipped gym. 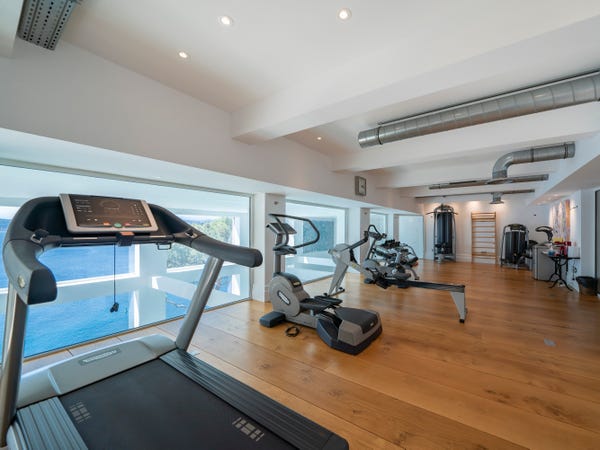 "The property has a Mediterranean soul," said Fredrik. The manicured gardens contain orange, lemon, fig, and olive trees. There is no shortage of a prime waterfront view from every point of the property. 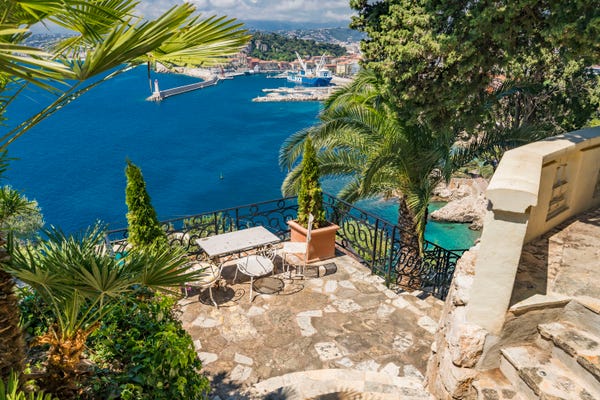 Over the years, two guest houses have been added to the property, each with two bedrooms. 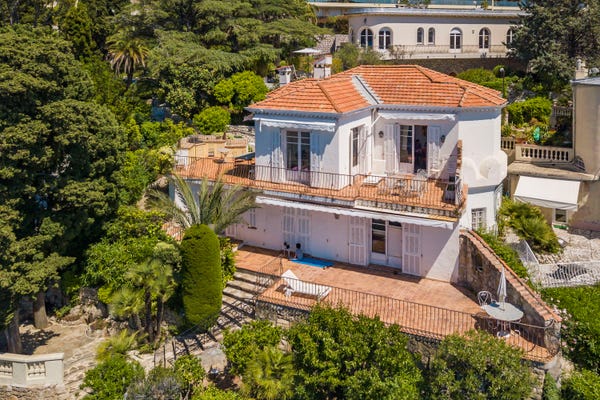 It has been reported that scenes from Connery's final turn as James Bond in 1983's "Never Say Never Again" were filmed on-site. 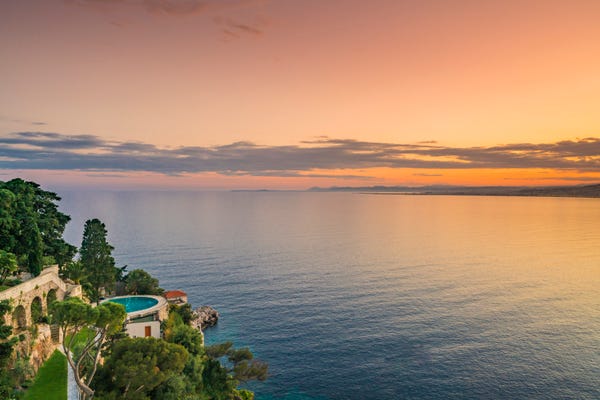 Fredrik says the attention generated by the villa's famous ex-owner has been incredible. "I don't know what could be cooler than James Bond's villa on the French Riviera." 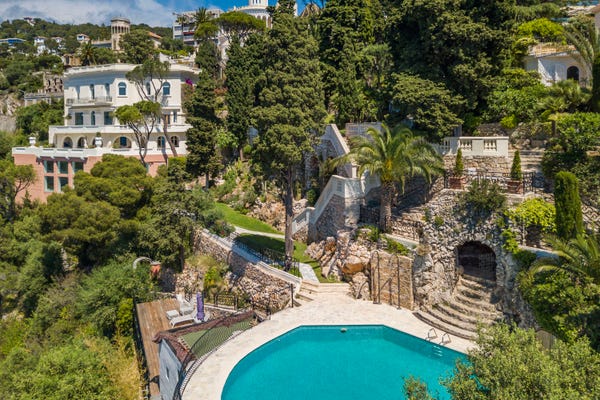 Less than a mile from Monaco and just a 20 minute drive from Nice Côte d'Azur Airport, it's no surprise that the property has already attracted serious interest. "We are in negotiations with a buyer," Fredrik told to Business Insider. 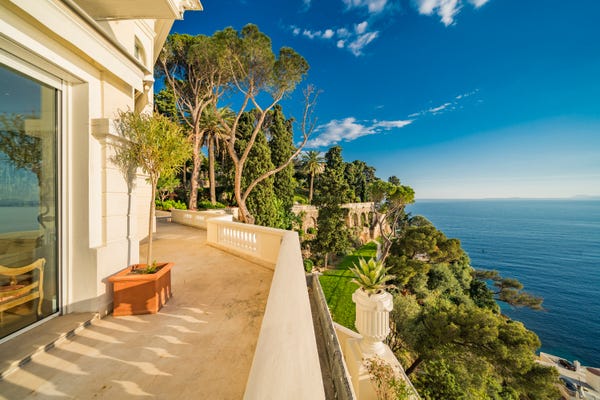 Since lockdown was lifted in France on May 11th, Fredrik says that the property market on the French Riviera has gone from weak to strong. "It feels more like 2007 than 2020!" 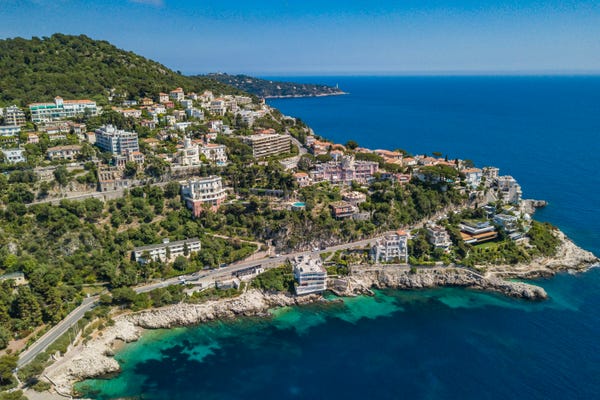