Shane Harper stars as Logan in FX’s ‘A Teacher.’ HL spoke EXCLUSIVELY with Shane about his post-‘Hightown’ role, exploring the aftermath of Eric and Claire’s relationship, what’s next, and more.

Shane Harper gave us one of the most heartfelt performances of the year as Junior in Hightown, and now he’s continuing his streak of solid performances in FX’s A Teacher. Shane stars as Logan, one of Eric’s friends who has no idea that Eric (Nick Robinson) is actually in the midst of a predatory relationship with his teacher (Kate Mara). The series explores the complexities and the aftermath of this predatory relationship, one we don’t often see portrayed on television between a female teacher and a male student.

Shane talked EXCLUSIVELY with HollywoodLife about why this was a role he wanted to take on after Hightown. He discussed the fascination society has with a teacher-student relationship and the double standard when it comes to male victims of sexual abuse. The actor also teased what’s ahead in the FX series as the situation between Eric and Claire escalates. 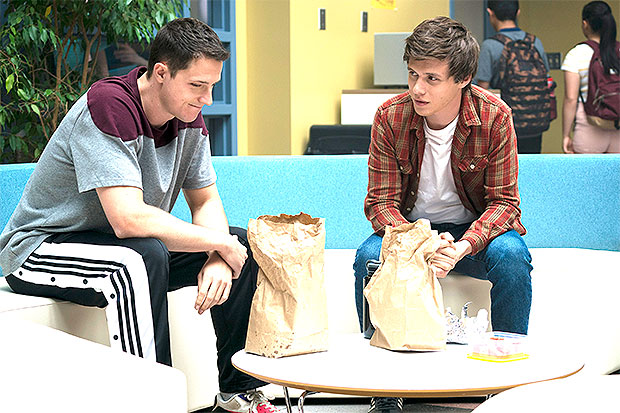 What was it about this role that made you want to go for it right after Hightown?
Shane Harper: This was pretty immediately after Hightown. I think maybe three months or something like that I was already on set for this. This was one of the first opportunities I had post-Hightown to go in and read for. It was just a really tremendous project with Hannah Fidell at the helm. She’s such an inspired creator and a creative force. So to be working with her and Kate [Mara] and Nick [Robinson] headlining, it was a job that I couldn’t believe that I got to do right after Hightown. Getting to roll right into this, I was extremely grateful. It was kind of right on track with the kind of work I want to be doing.

We’ve seen situations like this in television, film, and in real-life. Mary Kay LeTourneau is probably the most well-known case. Why do you think people are so fascinated by the teacher-student relationship?
Shane Harper: I’m not sure. My guess is, I’m sure it’s different for everybody, there’s a power dynamic at play that people find intriguing to some degree or another. I think that the way that this project explores the aftermath of that kind of predatory relationship is what makes it unique in a sense because it’s not about just what happens in the moment. It’s about everything that ensues after and exploring those narratives and opening up a conversation.

The first three episodes are when Eric and Claire’s relationship ignites. Do you think Logan has any idea of what’s going on with them?
Shane Harper: I think he’s oblivious, especially on the outset. I don’t think he knows. I don’t think it matches up, his idea of Eric and his idea of a predatory relationship between a teacher and a student. I just don’t think he sees those two things working in the same world. I think he is oblivious to it. If anything, he’s got that weird perception of it that is like, well, she’s the hot teacher. In one of the first episodes, he’s like, who is that? He’s really representative of that kind of voice in this world.

Oftentimes we see the male teacher-female student perspective. Why do you think there’s such a double standard when it comes to the female teacher-male student relationship?
Shane Harper: I think this subject is a tricky one to talk about. I think this project is, again, shedding light on something that we don’t see as much portrayed in TV and film, which is a female teacher with a male student, and how a male feels going through that experience. Honestly, just candidly, I feel like there’s a toxic masculinity to it all that I think is worth bringing up here. I don’t throw that around loosely or lightly. I think it’s a real thing in a lot of ways. I think in this instance, it’s like with the hot teacher, you know, let’s pat him on the back for something that is really heartbreaking and sad. It’s something that takes healing for the young boy who’s going through this. He’s getting congratulated, and there’s all this kind of hooting and hollering about this thing that’s a conception that’s false. It’s very interesting because you also have no one to go through that with because potentially all of your guy friends are like, “What’s the problem? I wish it happened to me.” Or something like that, which is obviously wrong. I think that young boys have misconceptions about what it means to be a man. All these things are conversations we’re having in society, especially today, as we continue to evolve the way that we tell stories. I think this project is at the forefront of that fresh perspective, that new narrative, that’s hopefully going to help start conversations. 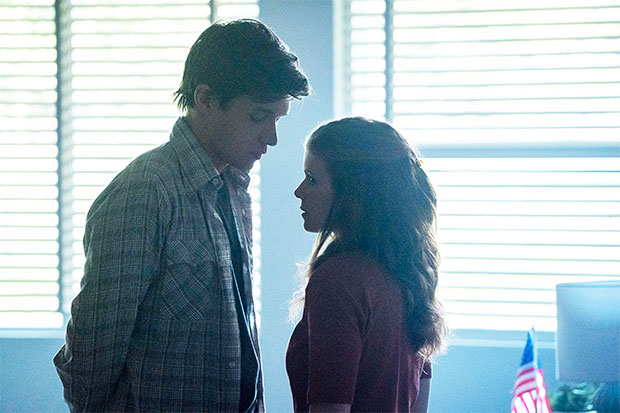 This show explores grooming, which is something I wasn’t familiar with until I watched this show. Has your experience working on this show made you reflect on how society interprets grooming?
Shane Harper: I think that it opens up a conversation. Even just working on the project itself and being on set, reading the scripts, talking to everyone involved, it starts those conversations. It gives you cause for being reflective not only on your personal experience but just perceiving the world and how you view things. That’s what makes the narrative and storytelling in TV and film really powerful. You not only have the opportunity to entertain people but also give them cause for reflection, which I think is really great. We’re going to have resources at the end of each episode. RAINN has been a super valuable asset for us, especially in the process of trying to promote the show. Hopefully, it will be a big conversation starter.

Going forward, what can you tease about how the relationship between Eric and Claire. Where does Logan fit into this?
Shane Harper: So much of this show is the aftermath of what happens and dealing with that predatory relationship between Eric and Claire. Logan comes back into play in a meaningful way with Eric to kind of heal a little bit and to talk things through and reflect on what happened. Their paths cross in a really meaningful way later in the show. It was actually one of my favorite moments to shoot. I think that people will really like that because there’s growth. You see the characters all go on a really huge journey of self-discovery. There’s a real turning point for everyone, including Logan.

You were recently down in Wilmington where Hightown is filming season 2. What were you doing down there?
Shane Harper: Oh, nothing. Just a little vacation [laughs]. A little work vacation. I can’t say anything about that, but maybe in the near future, I will be able to