ABC chair Ita Buttrose has confirmed plans to appoint an independent ombudsman to assess complaints about its editorial content after a review found it needed to remove the perception the national broadcaster “marked its own homework”.

The ABC will also introduce a procedure to handle complaints about the alleged misconduct of staff on social media, give the public three months to raise their concerns about content and create a system that allows dissatisfied people to appeal decisions made by the division.

The measures were outlined in a review by former SBS, Seven and Ten news boss Jim Carroll and former Commonwealth and NSW Ombudsman, Professor John McMillan. 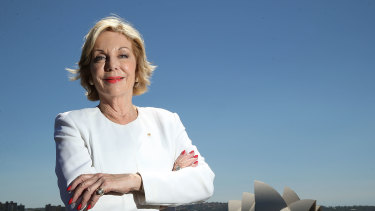 ABC chair Ita Buttrose said the board welcomed all 11 recommendations of the review.Credit:Mark Metcalfe

“This is a board that’s very determined to make sure we satisfy everybody about our compliance system,” Buttrose told ABC Radio National. “We want it to be the best in the world and that’s why we called for the review … that’s why we accepted the recommendations.”

Carroll and McMillan made eleven recommendations to improve the ABC’s complaints handling system after receiving 55 submissions and conducting almost 50 interviews with staff, board directors and complainants. The measures included a better procedure for receiving and dealing with complaints about social media commentary, and making corrections and apologies more visible to the public. The pair also said the ABC needed to revise complaint handling procedures to provide more transparency on the process and fast-track complaints about digital content.

“At the moment you have Dracula looking after the blood bank.”

A person complaining about a breach must now be required to have a sufficient interest in the subject matter, and has up to three months to lodge it. The ABC is also expected to adopt a system – such as a ‘reconsideration panel’ or a part-time assessor to accept appeals from dissatisfied complainants.

Carroll and McMillan said it believed the current process was sound but there was a “significant perception problem” that the ABC marked its own homework that could only be resolved through a major change.

Buttrose commissioned the review – the first in 14 years – after the national broadcaster came under scrutiny from federal and state politicians for the way it handled complaints about programs such as the Ghost Train series into the 1979 Luna Park tragedy. Weeks after commissioning the review, Senator Andrew Bragg attempted to launch an inquiry because he believed it could not run an independent process. The inquiry was thwarted by a Greens motion.

Bragg said he had not decided whether to restart the review as he welcomed the appointment of an ombudsman. “It’s important they do have an independent ombudsman because there’s no confidence in the old system,” Bragg said. “The global experience has been that this is a successful model because it establishes independence. At the moment you have Dracula looking after the blood bank. In the future, you are going to have proper separation of complaints handling from editorial.

“The Senate inquiry is due to recommence under the motion the Senate agreed to. But I need to understand exactly what the ABC is going to do before deciding to reopen the inquiry and take submissions and create public hearings. If my judgment is the ABC is addressing the structural flaws, then there may not be a case for a further inquiry.”

The ombudsman, which Buttrose said would be an external recruitment by the board, will consider complaints about editorial content regarding news, investigations, current affairs, documentaries and panel and satirical programs. It will report directly to the ABC board for a fixed term and will lead the in-house complaints unit. The ombudsman will have the power to review a finding, but there will also be an opportunity for complainants to take concerns to the media regulator. The managing director and all other editorial executives will not be involved in the process.

Complaints made about the ABC’s coverage are currently handled internally by its audience and consumer affairs division, which is required to respond within 60 days. If a complainant is dissatisfied, they can take their concerns to the ACMA.

The Business Briefing newsletter delivers major stories, exclusive coverage and expert opinion. Sign up to get it every weekday morning.