The head of the union movement has called on the government to consider sacking a Coalition appointed adviser to the industrial umpire’s wage panel after he weighed in on the ability of Labor’s promise to lift workers’ pay.

Labour economist Mark Wooden, who advises on the Fair Work Commission’s annual minimum wage review, said Anthony Albanese’s pledge to boost Australians’ pay packets were “political games” as a government had limited levers to pull, while also taking the opportunity to underscore the independence of the panel’s role. 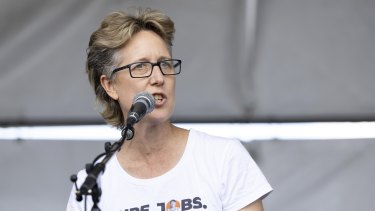 His comments drew criticism from the opposition’s industrial relations spokesman, Tony Burke, who said he was “deeply concerned that this intervention by an individual involved in deliberating on the minimum wage jeopardises the integrity of the wage review process.”

The commission is in the midst of its annual minimum wage review, which will lock in a basic hourly rate for low-paid workers, currently sitting at $20.33, and affect the pay of other workers on higher industry awards.

Australian Council of Trade Unions secretary Sally McManus said the annual wage review was a uniquely Australian process designed to ensure wages kept up with the cost of living. In a letter to Prime Minister Scott Morrison, she said the government had refused to endorse a pay rise in submissions to the review.

“In fact, your submission dedicated an entire chapter to the importance of low paid work. All submissions, including your own, seek to influence the decision of the commission,” McManus said.

She labelled Wooden’s comments an “extraordinary and highly inappropriate intervention” and accused him of inserting himself into the “political debate about low wages growth and the skyrocketing cost of living by appearing in today’s media to back in the Government’s position”.

“Mr Wooden’s intervention undermines the independence and impartiality of the entire Annual Wage Review process. Working Australians can have no trust in this process when a member of the Expert Panel makes such an extraordinary political intervention right in the middle of the federal election campaign.”

McManus said the ACTU held deep concerns about Wooden’s independence and asked the prime minister to begin an investigation “to consider disciplinary action against him, including removal from the panel.”

Wooden declined to comment when contacted. In a statement, a Coalition spokesperson said the government respected the independence of the Fair Work Commission. “Mr Wooden’s comments are a matter for him,” the spokesperson said.

In the thick of an election campaign focused on the cost of living, Morrison on Thursday said it was the role of the workplace umpire to set the wage floor and he did not have “special magical powers” to give Australians a pay rise. 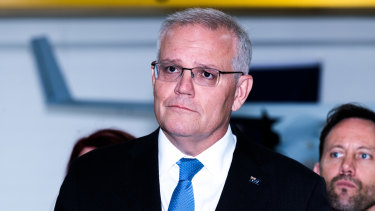 “We’ve always believed that the Fair Work Commission should make the decision independently of the government based on the evidence. That’s why they are appointed for that purpose,” Morrison said after promising the Coalition would create 400,000 more small businesses if re-elected.

Wooden said yesterday that, as a member of the independent umpire, he was “comfortably relieved” the government of the day didn’t pressure the commission to make a particular decision on wages.

Labor leader Anthony Albanese has made increasing wages and gender equity a key election pitch, underlined by a policy platform that includes making secure work an object of the Fair Work Act.

Wooden likened Albanese’s promise to lift wages to “political games”, however he clarified there were certain policies, such as Labor’s ‘same job same pay’ policy, that could influence wage growth.