Alex Rodriguez hits the Hamptons party circuit — but keeps to himself

Surrounded by a ‘bevy of beauties,’ A-Rod chills with Jay-Z

Alex Rodriguez has set sail on a European yacht trip to celebrate his upcoming 46th birthday and being approved by the NBA as an owner of the Timberwolves.

Spies said that A-Rod was spotted having lunch in Portofino, Italy, on Thursday with friends and family at Splendido Mare hotel eatery DaV Mare. He’s just the latest star to be seen in Portofino this month, following in the footsteps of Cher, Zoe Saldana and husband Marco Perego, John Legend and Chrissy Teigen, and Bethenny Frankel and her fiancé Paul Bernon.

We hear that the former Yankees slugger and his group then boarded a luxury yacht to head to St-Tropez and Monte Carlo, as well as Ibiza, over a two-week vacation.

Rodriguez’s nephew Nick Silva — who works for his firm, A-Rod Corp. — posted a pic to his Instagram Stories from the boat, with A-Rod in the background and the caption: “Euro trip 2k21!”

Rodriguez will celebrate his 46th birthday on July 27 during the trip. 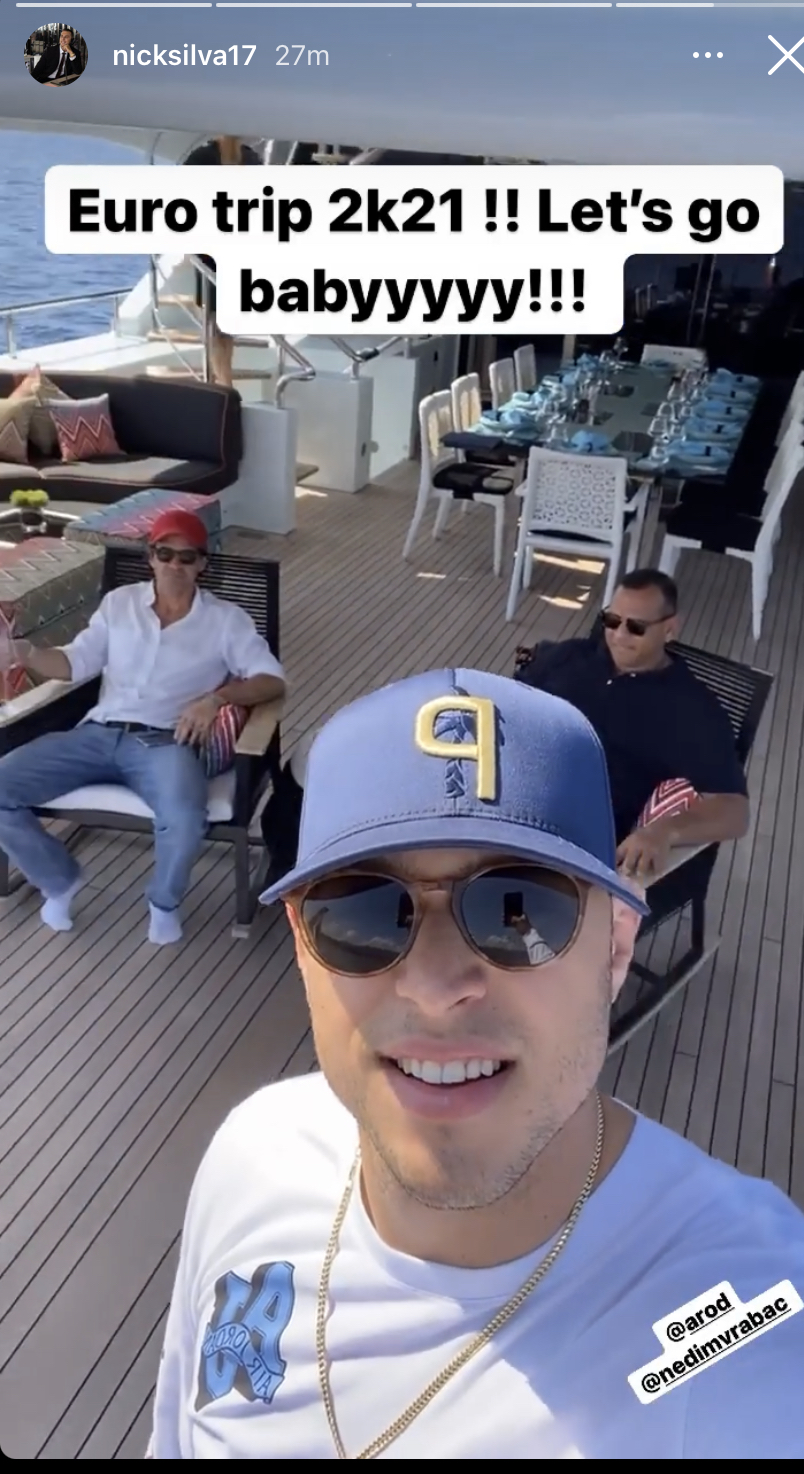 He was also approved this week, with business partner Marc Lore, as an owner of the NBA’s Minnesota Timberwolves franchise. The offer was originally accepted in April, and also includes an ownership stake in the Minnesota Lynx.

A pal told us that “A-Rod was in Europe for some business meetings,” and then met family and friends to go on the birthday boat trip.

Single Rodriguez had previously been spotted out in the Hamptons this summer, Page Six reported, where he’d rented a home near the mansion of ex-fiancée, Jennifer Lopez.

He’d also hit some swanky summer parties, but spies said he kept to himself.

Over July Fourth weekend he hit a bash at Fanatics mogul Michael Rubin’s $50 million Bridgehampton estate. Sources told us that while the baseball broadcaster was surrounded by a “bevy of beauties,” he seemed more interested in hanging out with Jay-Z. He was also seen at a party thrown by nightlife whiz Richie Akiva’s at Unifund founder David Rosenberg’s mansion in Bridgehampton.