Few should be surprised by Sir Keir Starmer’s failure to discipline Labour frontbenchers who ignored his order not to join RMT picket lines.

Several have defiantly posted photographs with the striking rail workers on social media and, a week on, Starmer has done nothing about it but dither.

But then the Labour leader is notorious within his own party for not being able to make a decision. 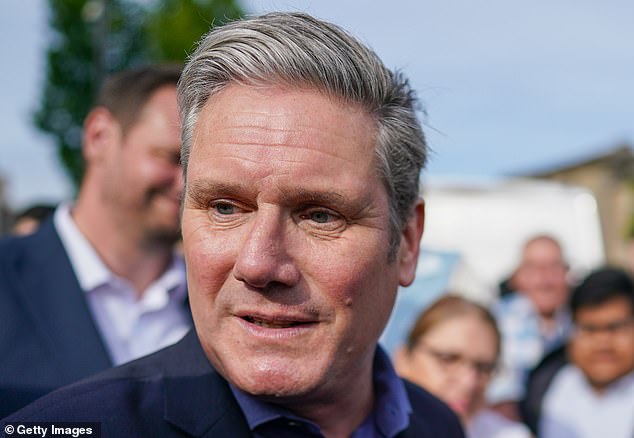 He writes: ‘In fact [he’s] often cripplingly indecisive. By early 2021, he was reportedly being given briefing papers by his staffers with just one option on them so that he would not have to choose between alternative proposals.’

The book claims Starmer vacillates so much that even the design for the lectern at the 2021 party conference had to be tested on focus groups of floating voters. 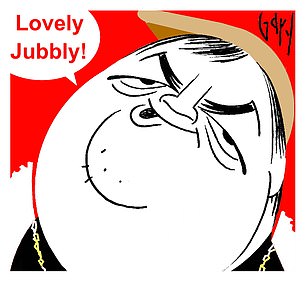 After a lifetime in politics you might think old bruiser John Prescott would have developed a thicker skin.

But Labour’s ex-deputy prime minister went on the warpath after a columnist alleged he once said: ‘It’s great to be back on terra cotta.’

Prezza tweeted: ‘Never said it. It was actually said by Del Boy in Only Fools And Horses.’

Let’s give him the benefit of the doubt, but we shouldn’t forget he did once say. ‘The Green Belt is a Labour achievement — and we mean to build on it.’

Former Labour deputy leader Tom Watson says his worst Glastonbury was his first when he was 17 and given a free ticket by Labour to guard the Party’s bus with an Alsatian dog.

‘It was tipping down with rain. At 3am, I was woken from a makeshift bed on the top deck when the vehicle started to rock violently. Several hallucinating anarchists were trying to tip the bus over. Thank God for the Alsatian, who started barking like a wolf. Some of the anarchists screamed in fear and ran away.’

Ed Miiband, shadow climate change minister, was at Glastonbury on Saturday. ‘Come and see me at the Green Futures Speakers Forum talking about the Green New Deal. I promise I won’t sing,’ he tweeted.

With Boris Johnson’s leadership under pressure, would predecessor Theresa May have another tilt at the top job? ‘Been there, done that,’ she tells Church Times. Also, May couldn’t afford the pay cut. She has made more than £2.1 million on the lecture circuit since quitting in 2019.

The National Lottery is staging a live music tour featuring Sleaford Mods, a Tory-hating ‘electro-punk’ duo noted for foul-mouthed rants at Boris Johnson and Culture Secretary Nadine Dorries. Perhaps she will now look into how wisely the Lottery operators are spending our money?

Labour will be hoping her efforts are more successful than when, aged just 17, she launched an online campaign for then leader Ed Miliband. It became known as ‘Milifandom’.

Much good it did Miliband who quit the day after the 2015 general election when the Tories won their first overall majority since 1992.

Widely tipped as the next Labour leader, especially by himself, shadow health secretary Wes Streeting has received huge donations to run his Commons office.

Over the past year he has been given more than £160,000, including a total of £14,600 from media tycoon Lord Waheed Alli who backed Sir Keir Starmer for the Labour leadership last time. A contribution that will not have gone unnoticed in Starmer’s office.