The famous 17-year-old is officially retiring from the breeding programme at Animal Adventure Park in New York, and will begin birth control as of today. April, who is approximately 15ft tall, has given birth to five calves in total. She became an internet sensation in 2017 when the zoo live streamed her movements for weeks, unaware of her exact due date.

The YouTube footage of the birth has garnered nearly 17 million views online.

They did the same again in march this year, when she gave birth to her fifth baby, Azizi.

But she is shunning the bright lights of fame for a quieter life with no more births on the horizon.

Animal Adventure Park said: “Decisions are made on a daily basis regarding the care of our animals and operations as an organisation. 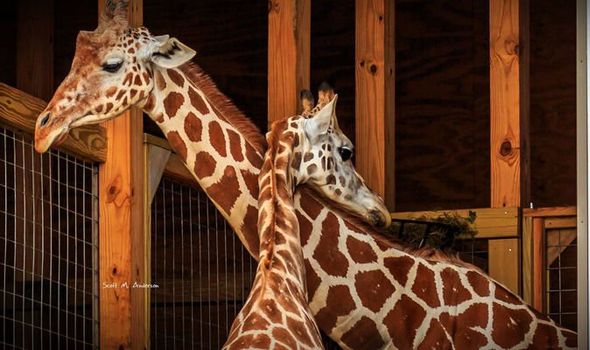 “Some decisions are bigger than others.

“The welfare of the animals in our care is top priority; it is our duty to observe and respond to their needs.

“We look forward to the future of our program at the park and providing many more years of interactive educational initiatives.”
The decision to retire April has led to an outpouring of support on social media for the leggy lady.

One person wrote: “Congratulations on your retirement, April! Time to put your hooves up!” 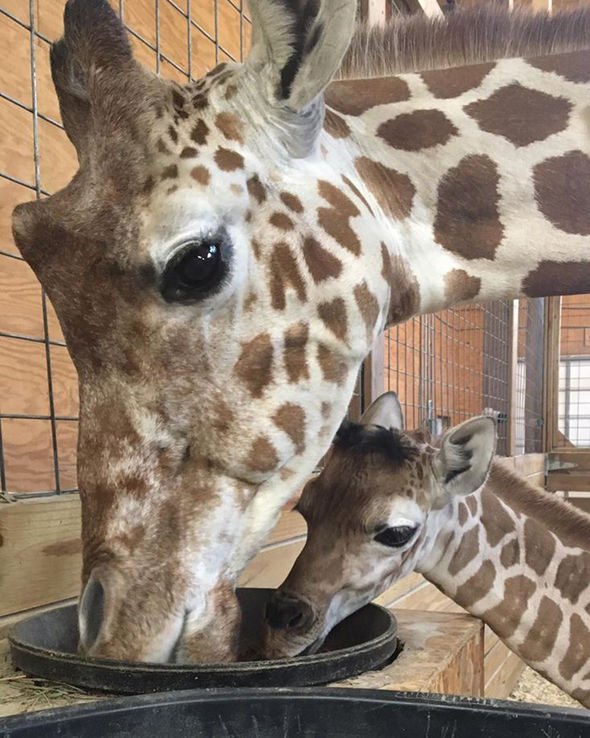 Another wrote: “Congratulations April! Now you can get your AAPRP (Animal Adventure Park Retirement Program) card and enjoy the benefits of a senior!

“It entitles you to discounts on carrots and spa hay showers.”

April will be moved out of the park’s Barn 1 into Barn 2 with her son, Tajiri, where she will get better access to the support she needs in her retirement.

April’s healthy births are a relief to conservationists, as the majestic creatures are classed as ‘vulnerable’ on the IUCN red list.

April’s specific species – the reticulated giraffe – has been classed as ‘endangered’.

The Giraffe Conservation Foundation has estimated there are as few as 111,000 of the creature left in Africa.