ASDA has become the latest supermarket to knock down the price of its Christmas veggies – but they're not the cheapest around.

The UK supermarkets are currently locked in a price war over who can sell the lowest priced veg for Christmas. 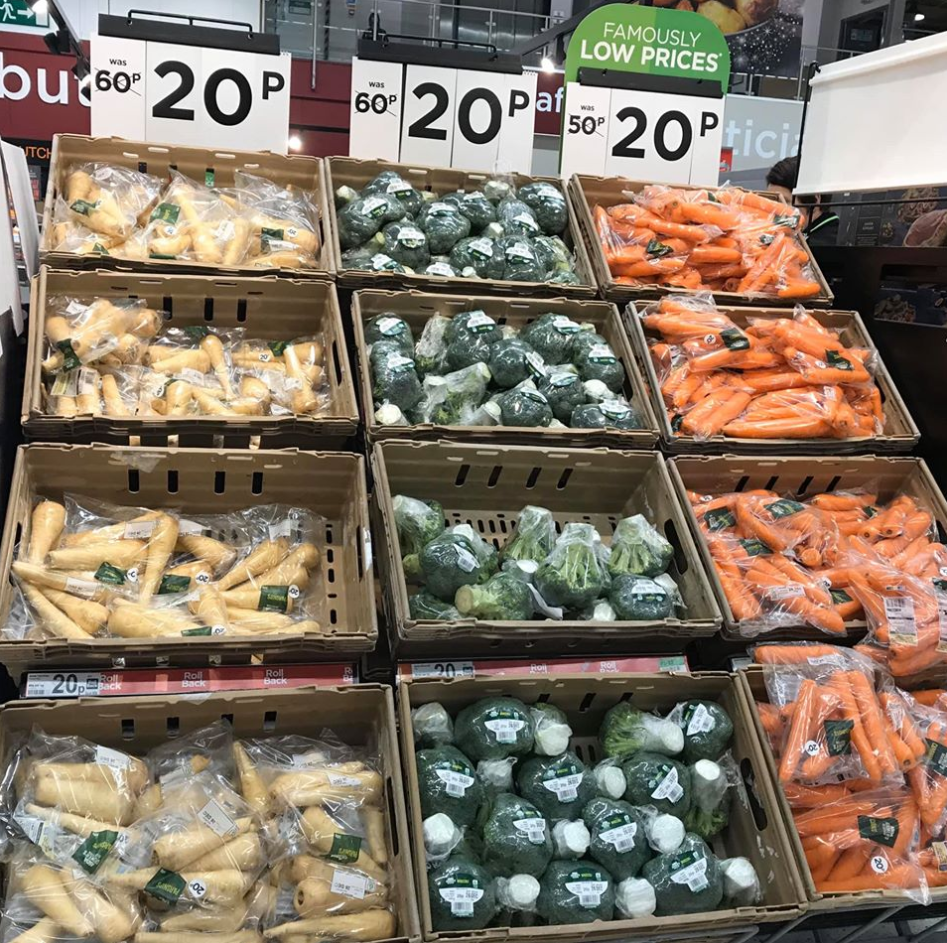 Cutting its prices, Asda has lowered the cost of its bags of sprouts, parsnips, carrots and broccoli to 20p a bag.

The 20p deal is available in all stores nationwide now until December 26, or on the Asda website.

You can track down your nearest Asda using the online store finder.

However, the discount isn't actually the cheapest for Christmas veg.

ASDA has reduced the price of the following vegetables to 20p a bag.

Both Lidl and Aldi have reduced the price of their greens to just 15p a bag – 5p less than what you'll find at Asda.

The Lidl and Aldi deal also includes potatoes, something which Asda shoppers are missing from their discount.

While Tesco is also 1p cheaper after it reduced bags of carrots, sprouts and parsnips to 19p.

The veg offers haven't gone unnoticed by shoppers, with one bargain hunter posting the different prices on the Extreme Couponing and Bargains Facebook group.

Shopper Cheryl Somerville said: "Sorry if it's been posted… but Asda has seasonal veg at 20p while Tesco aren’t to be out done with some veg at 19p."

As prices could still fluctuate in the run-up to December 25, we recommend keeping an eye on supermarket discounts to make sure you're getting the best value for money.

Use comparison websites such as MoneySupermarket.com to keep track of prices so you get the best deal.

Asda has been revealed as the cheapest petrol forecourt as supermarkets beat Shell, Esso and Texaco by up to 10p a litre.

But in worse news for supermarkets, Asda, Tesco and Sainsbury’s have been accused of "ruining Christmas" by delivering orders without a turkey.

Plus here are Asda's Christmas and New Year opening hours.