Attack on Titan Season 4 will bring the shonen anime to a close, and the second batch of episodes arrive this January. Those who have already read Hajime Isayama’s manga already know how things are likely to pan out. But fans who have only seen Attack on Titan‘s anime are sharing their theories on Reddit — and some are pretty convincing.

Eren will consume all the Titan Shifters

Eren Jaeger took a serious turn during the first half of Attack on Titan Season 4, and fans have taken to Reddit to discuss why. One theory suggests he has a grand plan beyond the euthanization of all Eldians — and it may help get rid of the Titan Shifters once and for all.

During the raid on Marley, Eren manages to take the War Hammer Titan for himself. But what if that isn’t the only power he plans to inherit before the end?

One Redditor posits that Eren will try to consume all of the Titan Shifters in season 4 part 2:

“What if Eren wants to consume all the Titans and then kill himself, destroying any possibility of titan inheritance?”

If Eren were to collect all of the Titan Shifters, then kill himself or go into hiding, he’d rid Marley of its leverage over Paradis Island. This could be why he’s pulled away from Armin and Mikasa so much. And it is convenient that all the Shifters are in one place heading into the new episodes… 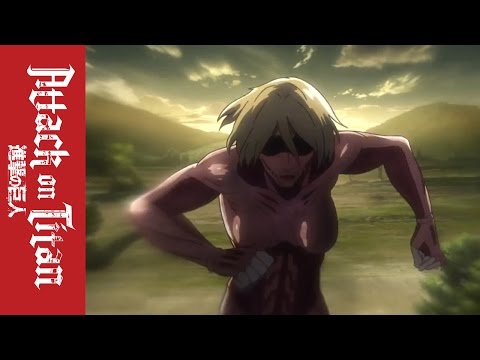 The trailer for Attack on Titan Season 4 Part 2 shows Annie in the ice, all but confirming she’ll be back before the series is through. But for what purpose? One fan wrote on Reddit that she’ll help Marley in the fight against Eren and Zeke:

Annie is going to make a return soon. I highly doubt she’s going to be crystalised forever, especially with how much screen time she’s had with Armin. I could see Galliard finding her and breaking her out with his jaw and getting her to help beat Eren (and Zeke) and finish their ‘goal.’”

As far as Attack on Titan Reddit theories go, this one is already half-confirmed — Annie definitely seems to be coming back. Whether she’ll actually play a significant role in the final battle remains to be seen. After almost three seasons without her, it would be nice to see her in action again!

Gabi will inherit the Founding Titan

Attack on Titan Season 4 introduces Gabi and Falco, two characters from Marley who promise to play an important role in the series’ conclusion. The two are competing to inherit the Armored Titan when the final season opens. But Falco is determined to take Reiner’s place (if he’s given the chance at all).

With that in mind, one Redditor believes Gabi might be destined for a different power in Attack on Titan Season 4B:

“OK, so we all know that Falco is the one who is most likely to inherit the Armored Titan (or Eren is just going to eat it), but where does that leave Gabi? My theory is that she will inherit the founding titan and become the thing she hated the most, possibly finally sympathizing with Eren.”

The season 4 part 2 trailer does tease a change of heart for Gabi, so could this be what causes it? It’s hard to imagine how she’d obtain the Founding Titan with no powers of her own — but hey, stranger things have happened on this show. And she does serve as a foil for Eren.

The Eldian army is in for a nasty surprise 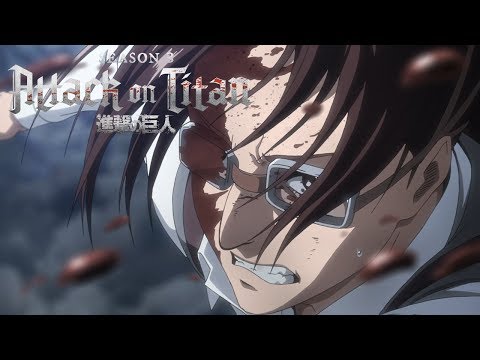 The Eldian army is already at odds thanks to the Jaegerists, but could things get worse as season 4 continues? Zeke already used his spinal fluid to turn Captain Levi’s men into pure Titans. And there are still several more bottles where that came from. Jean almost drank one back at headquarters.

One Attack on Titan fan took to Reddit to wonder whether the Military Police and the Garrison have been drinking the tainted wine all along:

“I think The Marleyans have been feeding the Titan spinal fluid to the Eldian soldiers for quite some time now, and now that Zeke’s here, he’ll turn into his Titan then transform the Eldians into pure Titans and ambush the Survey Corps. Maybe Azumabito will aid him too.”

If this is the case, Zeke’s meeting with Eren could have some dangerous consequences for Paradis Island. After all, you don’t plant a bottle full of spinal fluid without using it…right?

Eren isn’t as free as he believes

Eren spends the majority of Attack on Titan seeking out freedom, and the beginning of season 4 sees him accusing Mikasa of being a slave to her bloodline. But is Eren truly as free as he believes? One Redditor doesn’t think so.

Their theory suggests that Eren’s Attack Titan is impacting the way he behaves, reacting to a curse like the Founder’s:

“The Attack Titan has a similar curse as the founder … There must be a reason why the Attack Titan’s Shifter has always done so according to Kruger, and I think now, with Eren acting how he is, this is playing a part of this. He’s stopping at nothing to achieve this ‘freedom’ despite what his own beliefs might have been prior. So much for not being cattle, Eren.”

After seeing how Bertolt’s memories have affected Armin, it makes sense that Eren might face similar effects from holding the Attack Titan. It would explain his increasingly ruthless pursuit of freedom — and prove an interesting twist for a series so focused on free will.

Only time will tell if Eren truly has the power to shape his own destiny.

Attack on Titan Season 4 Part 2 premieres on Crunchyroll and Funimation on Jan. 9, 2022.