Surprise! Baby Yoda stowed away onboard the SpaceX mission to the ISS, and it looks like he had quite the adventure.

A child apparently stowed away on the SpaceX rocket headed to the International Space Station on November 15. The four astronauts manning the historic mission brought along a plush version of Star Wars cutie Baby Yoda to use as a Zero-G indicator. And The Mandalorian sidekick was the perfect kid for the job. As you can see in the footage below, Baby Yoda (known as The Child on the Disney+ show) lifts off and floats around the cabin, indicating that they’ve left the Earth’s gravitational pull.

Baby Yoda makes his cameo toward the very end of the video, on the right side of the screen. The astronauts talked about their little hitchhiker during a livestream of the mission. “We’ve got Baby Yoda on board trying to take a seat right now,” NASA communications specialist Leah Cheshier said in the livestream. ““Maybe Baby Yoda’s trying to pilot the vehicle.”

“I think that’s Victor Glover’s seat, so I hope he doesn’t mind,” SpaceX engineer Jessica Anderson responded, teasing their colleague. Glover, 44, a a Navy commander and test pilot who joined NASA in 2013, is becoming the first Black astronaut to stay on the International Space Station since it was established over 20 years ago. Glover previously manned the first operational flight of the SpaceX Crew Dragon to the ISS, but didn’t stay onboard the station. 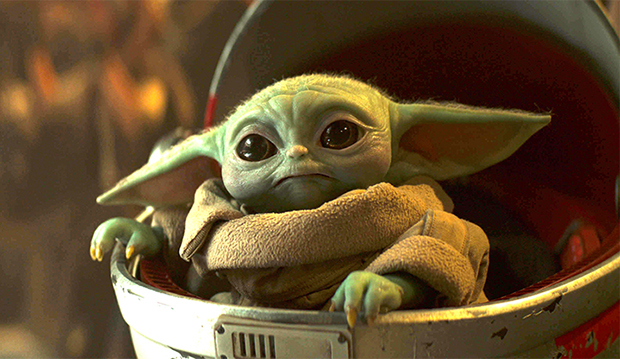 Glover, Mike Hopkins, Shannon Walker, and Soichi Noguchi took off in the SpaceX Falcon 9 rocket, named Resilience for a 27-hour journey on November 15. The launch went smoothly, and if all goes to plan, they should reach the ISS by 8:00pm ET on November 16. President Elect Joe Biden offered his congratulations to the crew on Twitter, calling it “a testament to the power of science and what we can accomplish by harnessing our innovation, ingenuity, and determination.” Unfortunately, he forgot to mention Baby Yoda.