As Blake Horstmann and Giannina Gibelli approach their first anniversary, the reality stars are going strong.

“It will be a year here in December, so I’m creeping up on 12 months — it’s been a minute since I’ve dated a girl for a year,” the 33-year-old Bachelorette alum exclusively told Us Weekly while promoting SITKA Studio’s collaboration for conservation with Martin Guitar and Thomas Rhett. “It’s been awesome. It’s been amazing, honestly, it’s been incredible.” 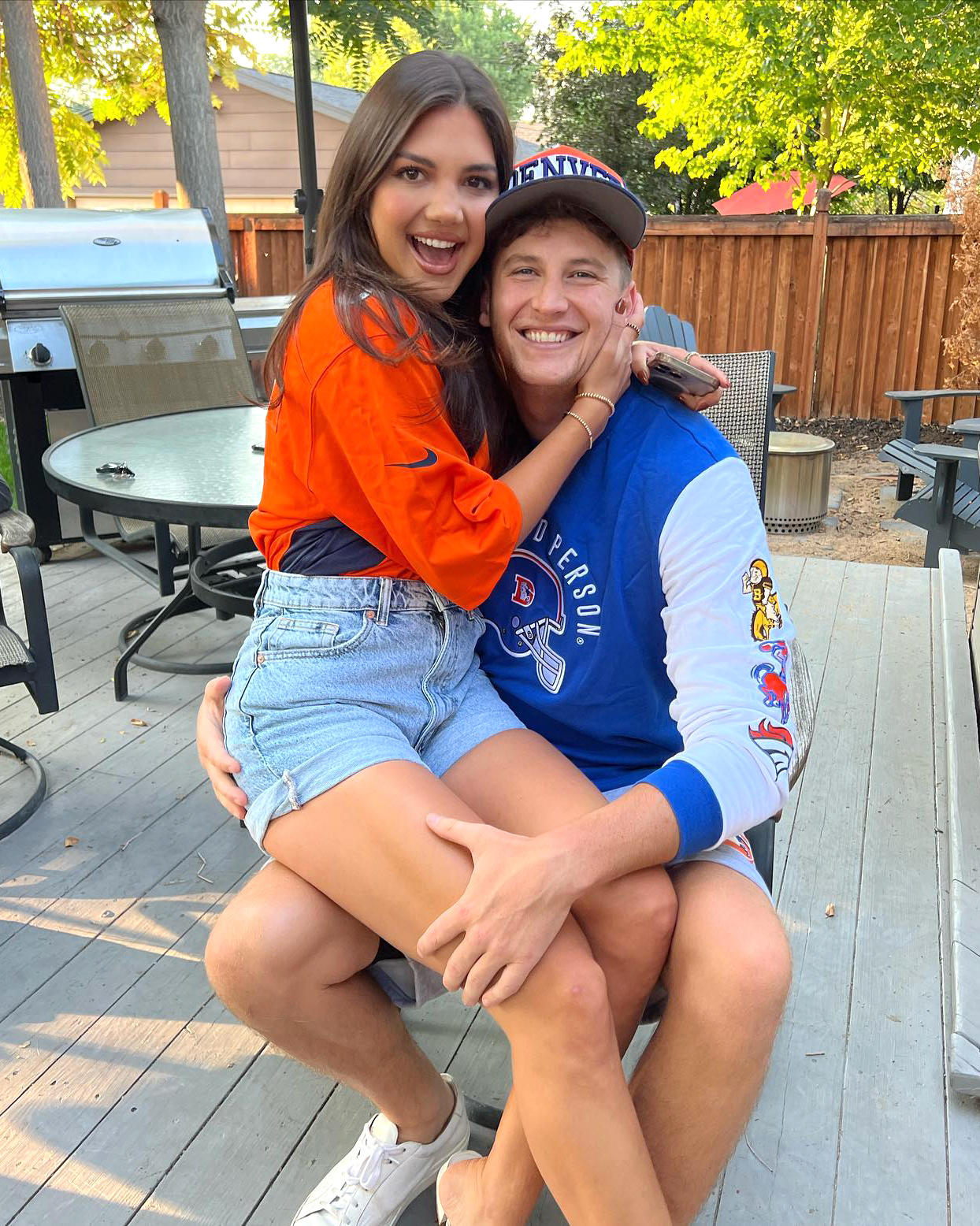 The pair met while filming Paramount+’s All-Star Shore and had to keep things under wraps before the series aired.

“We had to first keep basically six months of our relationship private, so that was fun in a sense because we didn’t have the public pressure, we didn’t have all the eyes on us, we could just kind of be ourselves,” he continued. “But it was hard too, because it’s never fun to hide the person you love.”

Horstmann acknowledged that the twosome “weren’t very good” at keeping their romance from fans.

“I’ve been in the ‘public eye’ for four years now, but this is the first time I’ve dated somebody in public. So I was very nervous about that, and I wasn’t sure what to expect,” he said. “But honestly, it’s been incredible. I cannot believe the support from Bachelor Nation and the Love Is Blind [area], the Netflix side of things. It’s been amazing. Last year’s been pretty magical, so can’t complain over here.”

The reality TV personality added that the pair communicate better than any of his past romances. 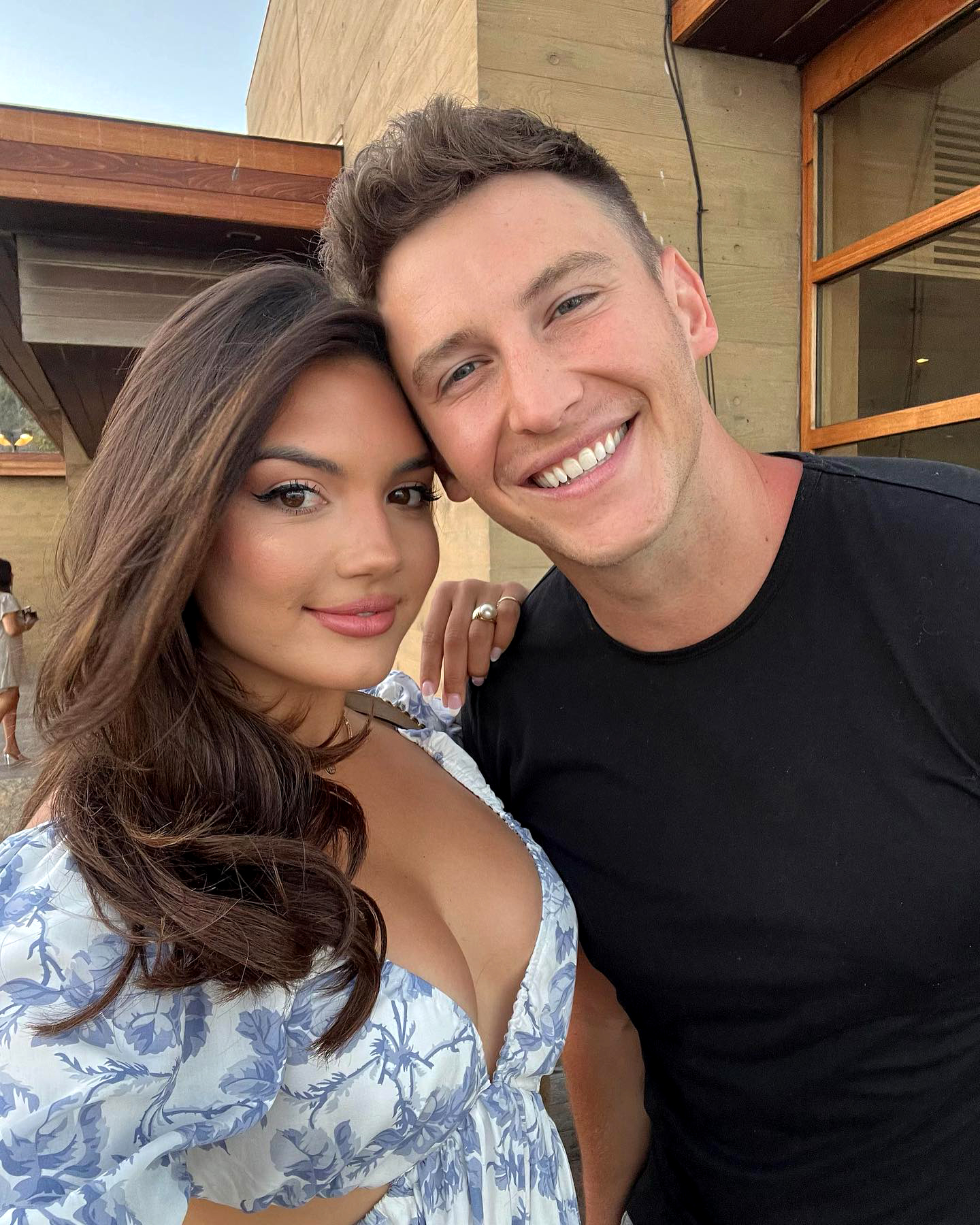 “I think the one thing that we do differently that I’ve never had any kind of relationship with that is — [and] I think it comes from our past and the relationships we’ve been in, some of the situations we’ve been in — we both handle conflict incredibly well,” he explained. “I’ve never had a relationship where, you know, if you’re in a fight … or conflict, instead of holding grudges or doing whatever, we talk it out. Or even if it’s we’re not able to talk out now, we go to separate rooms, we cool down and we come back and we talk it out. It’s kind of the first time too where we don’t have the same fight over and over because we’re able to talk it out and we get over it and we come to a conclusion, if you will. So that’s been something I’ve never had before. This just conflict resolution and I think it’s so important in our relationship and I have that now, which has been great.”

Former ‘Bachelor’ and ‘Bachelorette’ Leads: Where Are They Now?

As Horstmann distances himself a bit from Bachelor Nation, opting not to watch the past few seasons, he teamed up with fellow alum Blake Moynes to help SITKA auction off one of Rhett’s customized guitars from his Bring the Bar to You tour.

“One of the coolest things about this last weekend was seeing these creative minds and the people who are passionate about conservation and what they do and them all coming together for this incredible moment. Martin Guitar Studio and Thomas Rhett kind of came together in an ambitious waterfowl research project to raise money for this waterfowl conservation project. They’re all sitting around a fire pit — as country as it gets, as Montana as it gets — and they were kind of discussing a way to raise money and they mentioned this guitar and how he wanted a custom guitar created by a real creative mind.”

The funds raised by the sale of this guitar — which is available to bid on here — will be used to encourage a national collaboration with ongoing projects to establish a continent-wide study of Mallard ducks. SITKA will match auction bids up to $50,000 to help further fund these efforts.