ONLINE fashion retailer Boohoo has been told off by the advertising regulator for an "irresponsible" newsletter that asked customers to "send nudes".

The ad pictured a female model wearing a white dress and a beige jacket with the request. 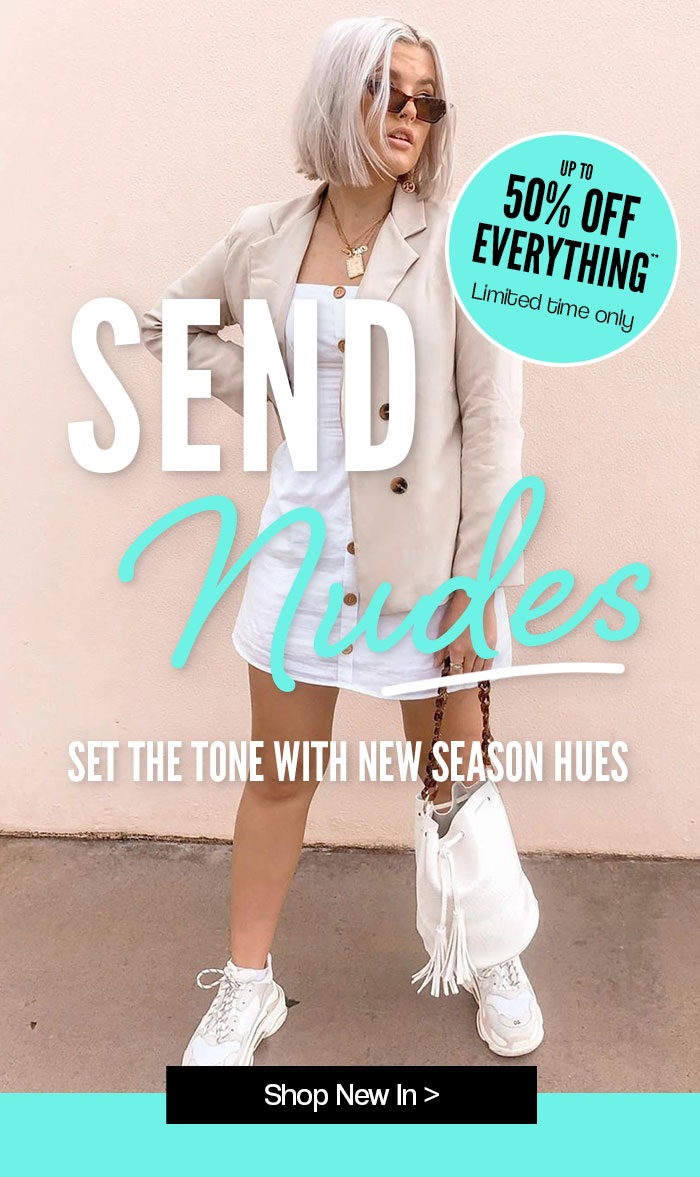 It also had the text "set the tone with new season hues" written across the image.

Boohoo.com claimed the ad used the word "nude" to describe the clothing colours that were similar to people's skin tones.

But the Advertising Standards Agency (ASA) said the phrase "send nudes" was likely to be understood as a request for sexual photos – which could be a form of sexual harassment.

ASA added that the email was "socially irresponsible" as it made light of a "potentially harmful social trend".

It was also especially concerned as the retailer targets young shoppers aged between 16 and 24, who are more likely to be "harmfully affected" by pressure to share nude images of themselves.

The terms and conditions on Boohoo's website say customers must be at least 18 years old to buy their products.

But ASA warned that younger teenagers could have seen the ad, given Boohoo's young target market.

It added: "In the subject heading of an email, without any further context, the phrase "send nudes" was likely to be disconcerting for some recipients, particularly those who might have personal experience of being asked to 'send nudes'."

The advertising regulator has now banned the ad and told Boohoo to make sure its marketing is socially responsible in future.

Boohoo.com was founded in 2006 and has recently partnered with Love Island stars including Maura Higgins and Tommy Fury to drive up sales.

It sold almost £434million worth of clothes for the year ended February 28 in 2019, according to its latest annual report.

A spokesperson for Boohoo told The Sun: "We note the ASA’s ruling and recognise our obligations to ensure that advertising is socially responsible.

"The reference to ‘nudes’ in this particular email related to the nude fashion trend, which was apparent from the body of email which contained a photo of a model wearing a beige jacket with the words 'Send Nudes. Set the tone with new season hues' across the image."

A few months ago, a shopper slammed Boohoo after she received a size 14 T-shirt dress that was bigger than a man's XXL powerlifting top.

Meanwhile, a shopper last week claimed she was "nearly sick" after she found a soiled Primark thong among her Boohoo order.

Plus, meet the Boohoo billionaires who turned a market stall into a £3billion fashion empire – and now own Miss Pap which paid £1m for deal with Love Island’s Amber Gill.