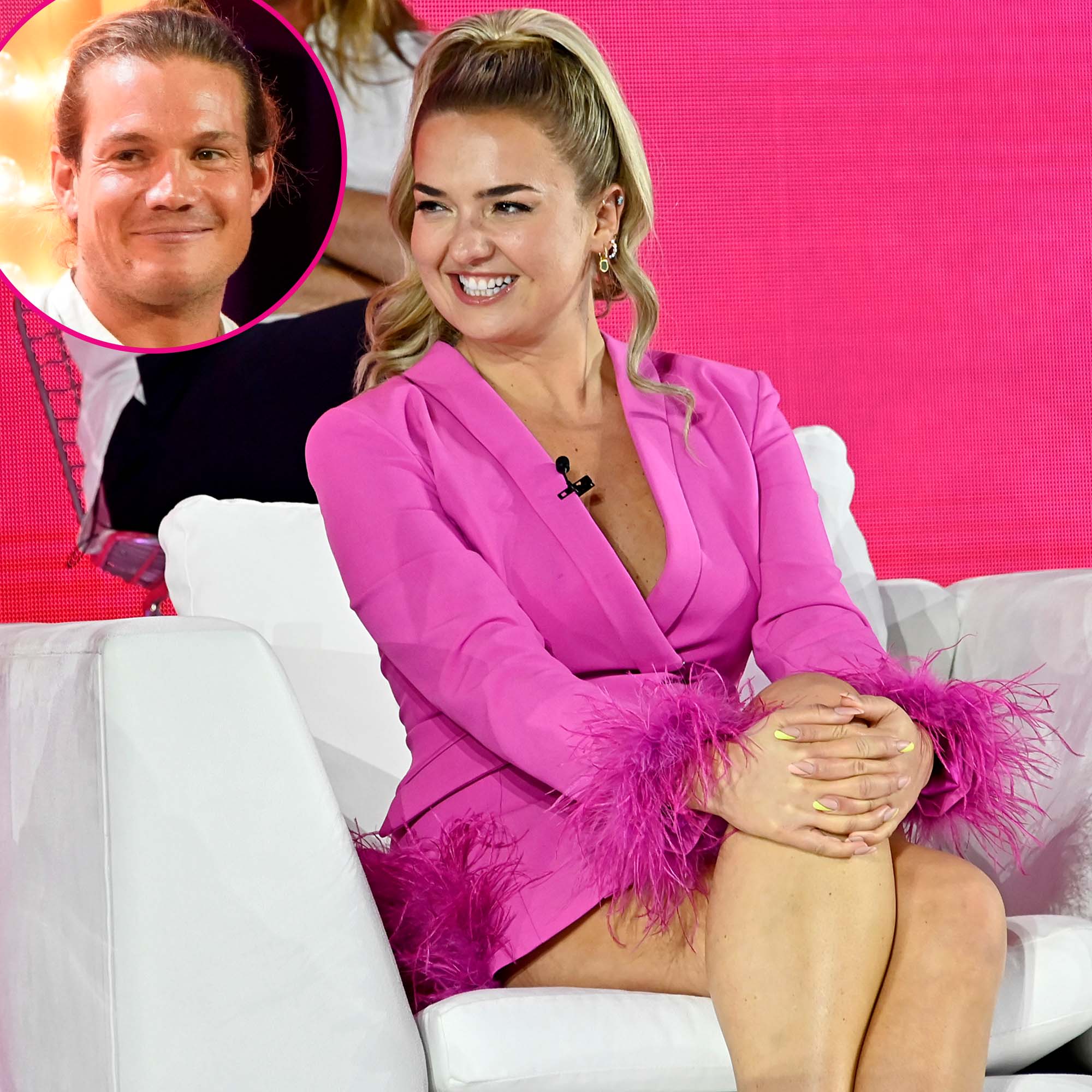 The Below Deck Sailing Yacht costars caused a stir during their “Below Deck: Crew Oughtta Know” panel on Friday, October 14, while exchanging glances and acting flirty, an eyewitness exclusively told Us Weekly.

“He knows I hate his hair like that,” Daisy, 34, playfully said at the event after castmate Aesha Scott asked where Daisy and Gary, 32, stood romantically. (Gary wore his hair down instead of back in a ponytail.)

The first officer, for his part, addressed his so-called flirtatious manner, telling Us and other reporters on Friday, “I think you have the wrong person.”

‘Below Deck’ Cast Through the Years: A Guide to Who’s Dated Who

When Gary quipped, “It’s fun and games till someone gets hurt,” the chief stew quickly replied, “Did you watch the same show? Sorry, I’m gonna stop.”

Daisy appeared to be referring to her and Gary’s steamy hot tub hookup from season 3, which aired earlier this year.

“I was just trying to enjoy a hot tub, enjoy it with Daisy,” Gary explained to the BravoCon audience, claiming, “All of a sudden Daisy was, like, attacking me.”

The Ireland native, for her part, recalled Gary getting out of the hot tub and looking “really sad.” She revealed, “He got up and ate a cucumber with the wrapper on it still. I was sad that didn’t make the cut.”

Gary then turned the tables and asked the fans a question: “Who thinks Daisy and I would make a good couple?” After the crowd erupted with cheers, he joked, “Clearly, no one Daise.”

During a game of “Never Have I Ever,” the “naughty yachtie” edition, Daisy and Gary were once again put in the hot seat.

When asked if anyone on the panel had ever “done it” in a hot tub with another crew member, Gary leaned down toward Daisy, the eyewitness told Us. Daisy, however, shut down the insinuation, saying, “No! We did not have sex.”

The South Africa native then gave her a kiss on the cheek, which prompted Daisy to confess, “I am admitting two years later we have chemistry. That’s about it though. Everyone stop looking at me.”

‘Below Deck’ Franchise Couples That Happened Outside of Their Seasons

Earlier this year, the Bravo stars raised eyebrows when they posted a picture together at Disneyland. “So, our phones were blowing up. He did the joke story being, like, ‘Yeah, we’re dating.’ And no, we are just friends,” Daisy exclusively told Us in February of the viral moment. “We’re lucky that we are two adults who can share a kiss and still be friends.”

At the time, she insisted that it would be a “stupid move to [get] wrapped up in Gary” after experiencing ups and downs with the yachtie on seasons 2 and 3 of the show.

“I do think we care genuinely a lot about each other. We did last year, we do this year,” Daisy added. “So, we have a complicated friendship, but no we are not for each other.”

Five months later, the duo once again fueled romance speculation when Daisy posted an Instagram photo in honor of Gary’s birthday. “Come back to London soon 😘,” she captioned the July snap.

Below Deck Sailing Yacht season 4 will air on Bravo in 2023.

With reporting by Eliza Thompson