Traditionally, the groom isn’t allowed to see what the bride is wearing on the big day.

Sadly for one woman, her surprise went down the drain when her bridesmaid decided to share a bit too much on Facebook.

Not only did she upload an image of the bride in her wedding dress, she even decided to tag her fiancé in the post.

Writing on popular parenting website Mumsnet, the woman said: “[AIBU] I know I probably am but just wanted to hear other options on whether they would be sad about it or if I just need to get a grip.”

She continued: “Getting married soon and after trying on a lot of different dresses I finally found the one, something I never thought I would due to being very body conscious and anxious.

“Went back for final fitting at the weekend and took one of my bridesmaids as she wanted to see.

“She tagged my partner in it saying she bets he couldn’t wait to marry me and how lovely my dress is.” 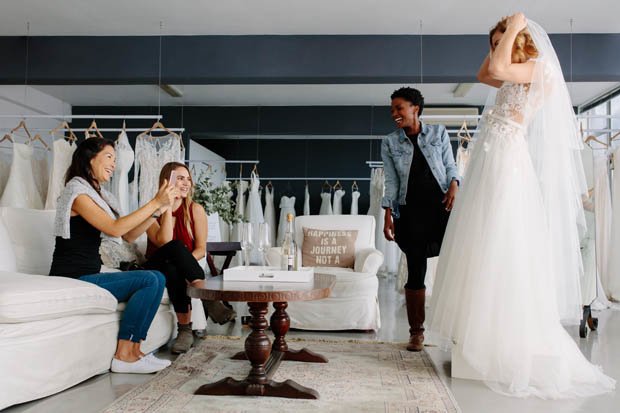 Other Mumsnetters were equally horrified at the situation, with more than 600 users commenting on the post.

One said: “I would be furious. I’d be seriously considering if she would be coming to the wedding.”

Another added: “Sack the bridesmaid. Don’t worry, your dress will look different when your hair and make-up are done etc. Try not to let it spoil the day.”

A third commented: “I’d ditch her. To break her promise and your trust like that is horrible and not what a friend should even think of doing.”

Meanwhile, a fourth chimed in: “I would be gutted about this.”