CHOCOLATE maker Cadbury has launched THREE new Dairy Milk chocolate bars – but only one will be permanently available on supermarket shelves.

The new bars – Choca-latte, Simply the Zest and Raspberry Shortcake flavours – were created by chocolate fans as part of Cadbury's inventor competition. 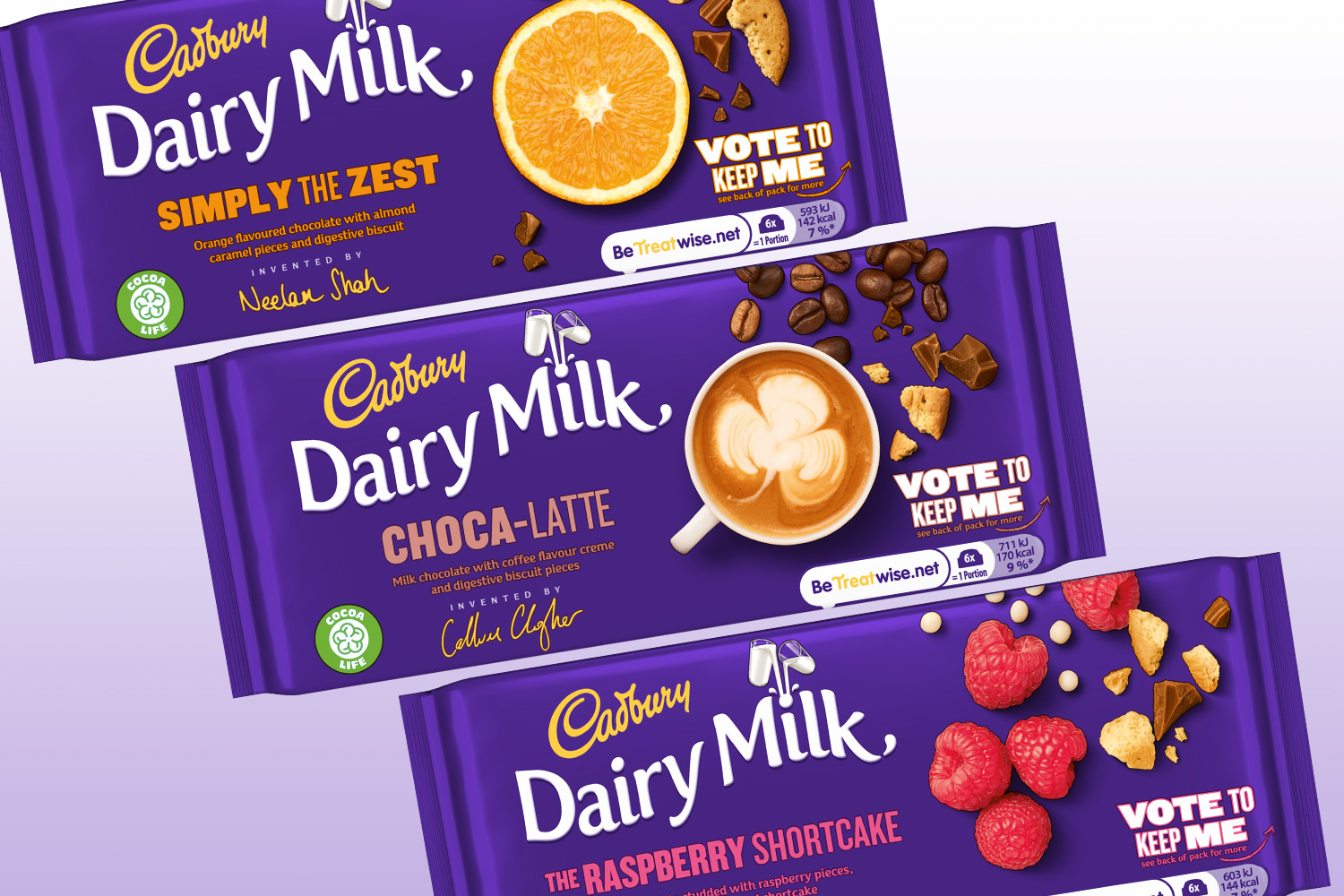 Fans can then vote for one of the bars to be added to the iconic Cadbury Dairy Milk range.

Entrants to the competition had to come up with up to three ingredients, a name and explain what had inspired their creation.

So who made the new bars and what do they taste of?

The Chocoa-latte bar was created by Callum, 17, from Ireland who was inspired by his love of coffee and even dreams of setting up his own coffee business one day.

His bar has a mix of coffee cream and vanilla sandwiched in between Dairy Milk chocolate.

While the Raspberry Shortcake was made by 44-year-old Melanie, a teacher from Manchester.

She loves looking and makes lots of desserts and puddings.

Her bar has raspberries with white chocolate and shortcake surrounded by Dairy Milk.

And the Simply the Zest bar has orange flavoured chocolate with caramel and biscuit, alongside Dairy Milk Chocolate.

The bar was created by Neelam, 25, from Leeds who is a fan of the chocolate orange flavour.

The three limited edition bars 122.5g bars are available for from £1.49 from June 1, although shops can set their own prices, and you can also buy them on Cadburygiftsdirect.co.uk.

You can vote for your favourite bar on Cadburyinventor.com from June 3rd – and you have until July 29 to vote. The winner will be announced in September.

We've also revealed what its like to work at Cadbury as a chocolate taster.

The chocolate maker also caused a stir earlier this year when it added two new chocolates to Heroes boxes.