Despite what Kevin Costner and Whitney Houston showed us in “The Bodyguard,” running security for a gorgeous female celebrity doesn’t usually lead to love. But the lines can certainly get blurred, at least from the outside looking in.

“The problem is, you are kind of the ultimate guy: You get the door, you carry the bags, you are always nice and do as you are told,” Simon Newton told The Post. “But that’s not ­really you, is it? No man is like that. People get mixed up with being a boyfriend and a bodyguard.”

The 41-year-old Londoner has been a bodyguard for the likes of Bella Hadid, Kendall Jenner, Rita Ora and Naomi Campbell, not to mention Michael Jackson.

With brooding good looks, cartoonish muscles and a natty personal style, Newton looks like he was dreamed up by Guy Ritchie’s casting director. In fact, he had a small part in Ritchie’s “Sherlock Holmes 2: A Game of Shadows,” as well as “Green Zone” starring Matt Damon. He was also a body double for Dave Bautista in 2018’s “Final Score.”

“Everything I do, I am always typecast as the bodyguard, soldier, policeman, prison inmate, gangster, tough guy. I never get the gay-librarian parts,” Newton said with a laugh. “But I’d have a go at that, too.”

Now he is ready to command as much of the spotlight as his former clients do. This year was set to be a busy one. He had two movie roles lined up: an action flick to be filmed in Los Angeles and a short film set in London, but both were postponed ­because of the pandemic. He is currently shopping a reality-TV competition show in which contestants will try to see if they have the chops to make it as a bodyguard.

“I’ve done everything you could do in the [security] industry,” Newton told The Post. That includes establishing his own security firm, Askari Secure Ltd. “And now with the acting, It’s a new path for me.”

Not bad for a self-proclaimed “fat kid” whose main goal growing up was to join the military.

“Everything in my life has just come along. I’ve been offered opportunities and thought, ‘Yeah, I am going to have a go at that.’ I never really planned anything,” he admitted. “I think everybody gets maybe three life-changing opportunities in a lifetime. Whether they chose to take or even identify them is up to them.”

Although his hasn’t always been a glamorous existence. He had to exercise off some serious weight to be ­accepted into the British Army, which stationed him in Iraq in the early 2000s. When he was offered a job with a private security company based in London, he left the military and worked in Iraq and Afghanistan and even protected oil tankers in the Indian Ocean.

“They used to get taken captive by pirates, so we would defend the ship when it was traveling to port cities,” Newton recalled. “That was surreal.”

In 2006 life became even more ­bizarre when he was assigned to protect Michael Jackson.

“You won’t ever look after anyone more difficult than Michael Jackson. I don’t mean him personally — but his fan base was just horrendous. It was the hardest,” said Newton, adding that rabid devotees of the singer would book rooms in whatever hotel Jackson was staying, and hire black cabs to be on standby 24 hours a day to chase Jacko around town.

“Everywhere we went, we had to be meticulous and get him straight inside a building because the crowd buildup was insane.”

Newton started garnering his own fan base while guarding some of the world’s most beautiful women. “When I was looking after Bella, Vogue did an article on me. And people started saying, ‘Oh I want to be a bodyguard and be in Vogue.’ They don’t know what I’ve done in the 13 years to be able to do this,” said Newton. He also landed in the pages of GQ and “I kind of slipped into fitness modeling somehow.”

Following celebrities to film premieres and other glamorous parties, he began to pride himself on his personal style. “I realized that if you start to look physically fit, you can ruin it if you don’t have the right clothes.” He relies on Sloane Tailors in Knightsbridge, London to fit his duds to his muscular physique. And he isn’t afraid of a little flamboyance: Newton’s most recent purchase was a green-velvet dinner jacket. 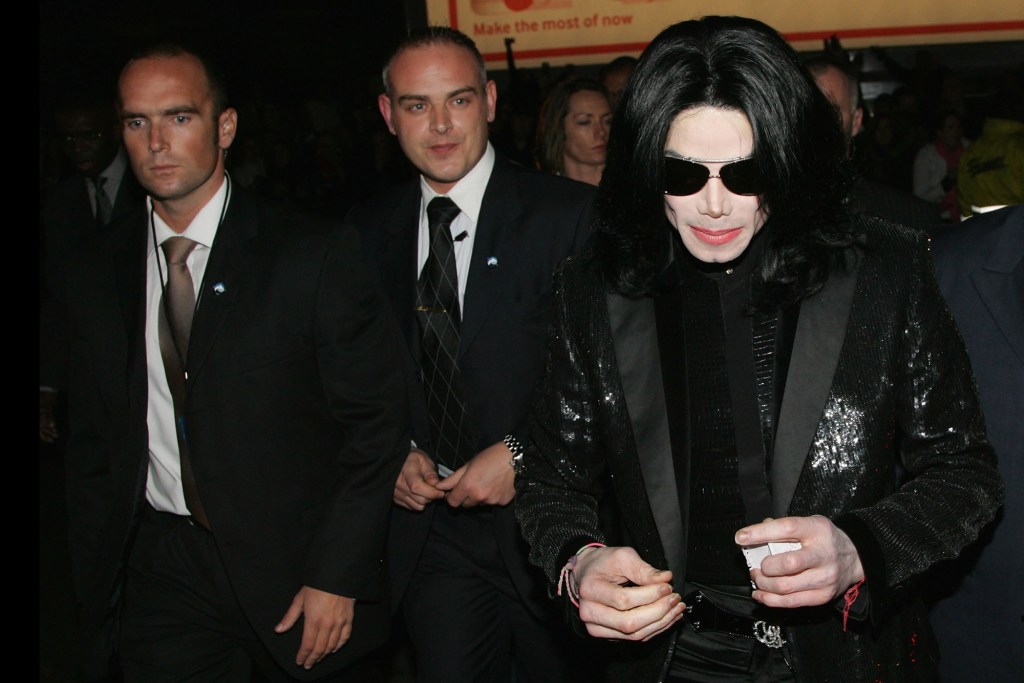 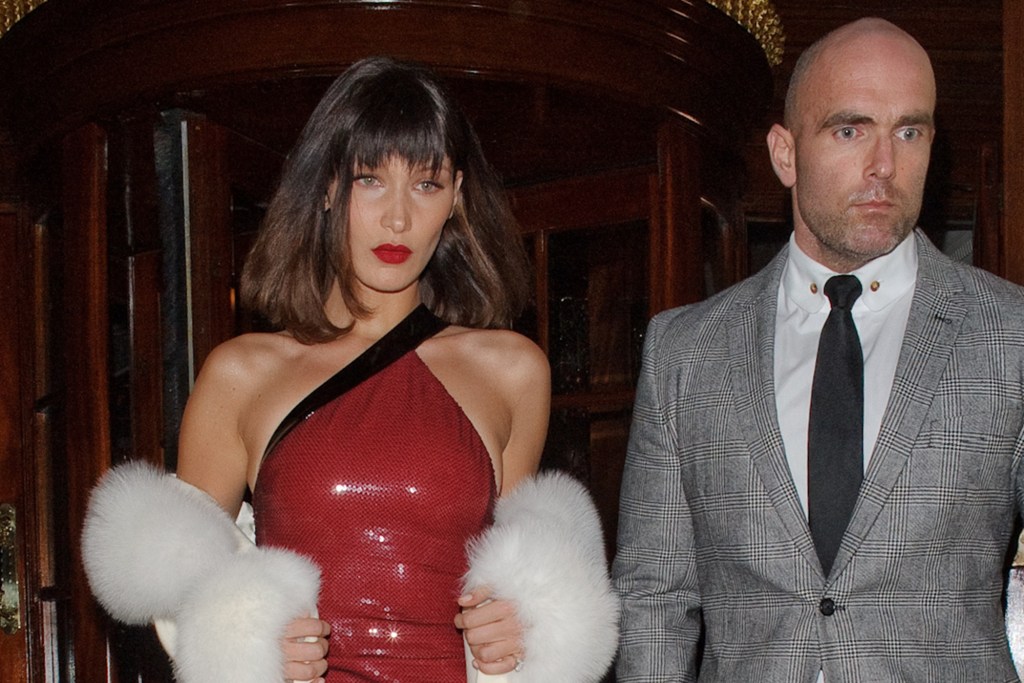 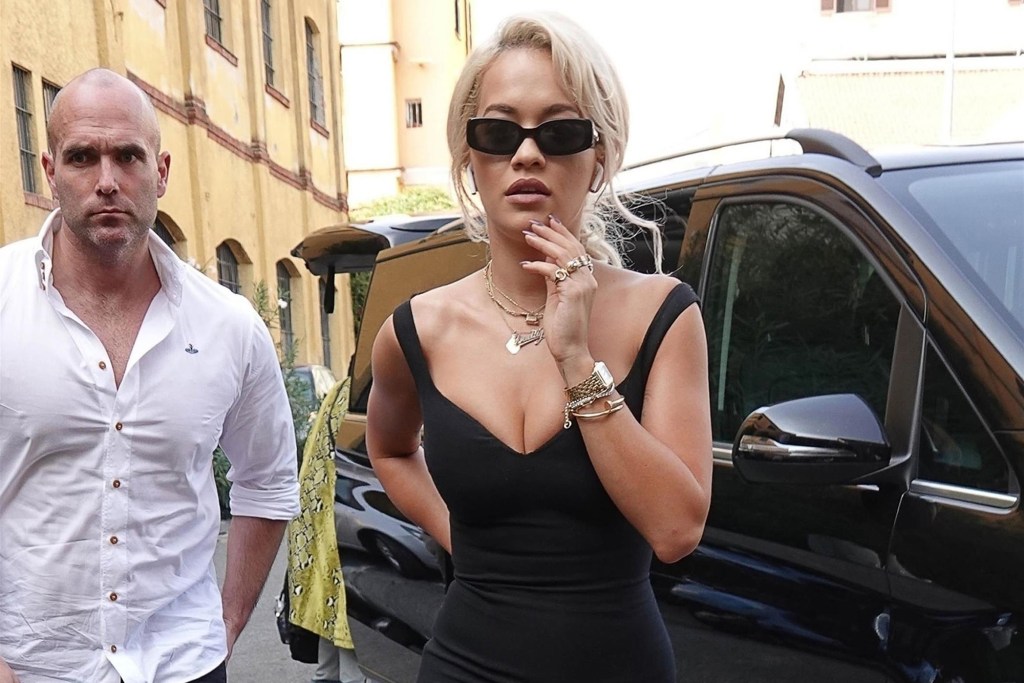