Celebs love it and one bottle is sold every 15 minutes but… Would you pay £72 for a scent you can’t smell?

The launch of three new fragrances at the end of last month caused something of a buzz among perfume fans.

All three are variations on a cult scent that sells one bottle every 15 minutes at Harvey Nichols alone — and it’s a fragrance unlike any other.

Molecule 01, created by German perfumer Geza Schoen, can be worn by men and women alike, and costs £72 for 100ml, yet, according to some people, you can’t actually smell it when you’re wearing it.

No wonder it’s been dubbed the ‘Emperor’s New Perfume’. 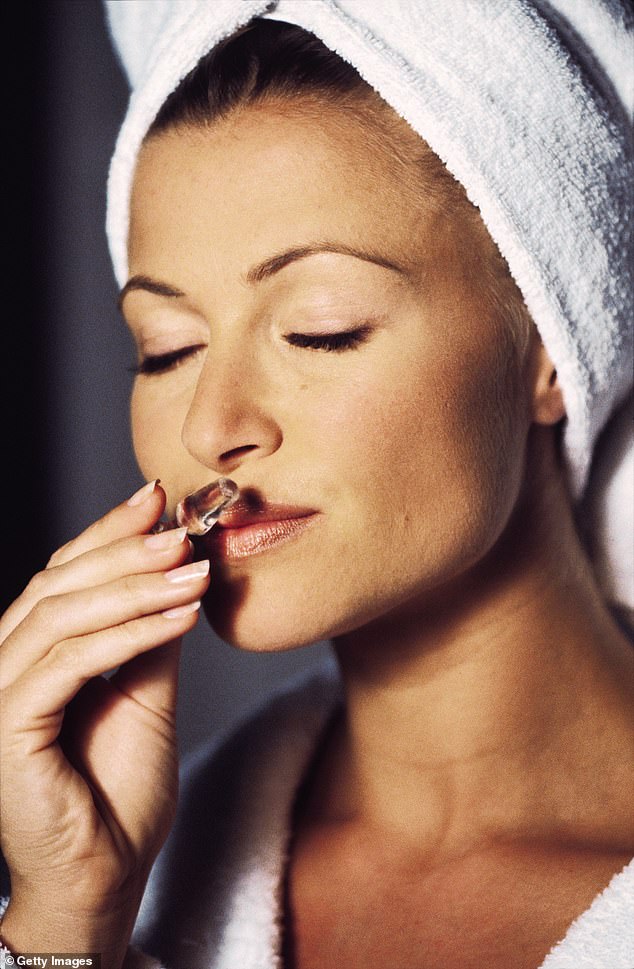 Would you buy a scent you can’t smell? Molecule 01, created by German perfumer Geza Schoen, can be worn by men and women alike, and costs £72 for 100ml (stock image)

So why would you want to wear a perfume that you can’t actually detect yourself? Fans of this curious scent say the appeal is in the impact it has on others.

Daniela Rinaldi was Beauty Director at Harvey Nichols when the company behind Molecule 01 came to show her the perfume in a bid to convince the department store to stock it in 2006. ‘I sniffed my wrist and smelt nothing,’ she recalls.

But then, on her way home, three people stopped her to ask her what perfume she was wearing. ‘Nothing like that had ever happened before,’ says Daniela, who placed ‘the biggest order they could handle’.

Soon afterwards Molecule 01 was launched at the store. It proved to be their biggest ever fragrance launch and instantly sold out.

It has garnered a crowd of celebrity fans. Rihanna, Beyonce, Kate Moss and Naomi Campbell are all reputed to have worn it, and Davina McCall is a devotee.

‘People say to me all the time, ‘You smell amazing’, but I can’t smell it on myself,’ Davina admitted. 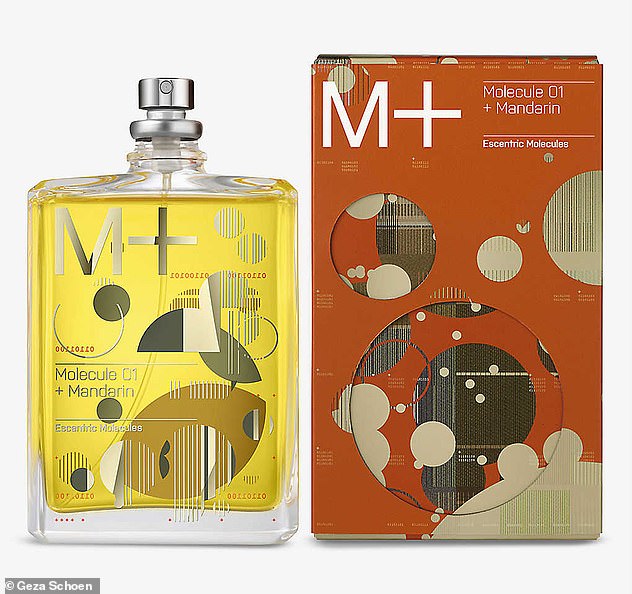 Aside from water and alcohol, Molecule 01 (pictured) uses just one single ingredient – a synthetic compound known as Iso E Super, which was created in a laboratory in 1973

Does it really smell of nothing? Yes and no. Spritz it on and there’s an initial hit of alcohol and something that’s almost petrol-like, an underlying woodiness or muskiness, but it’s quite hard to latch on to anything significant: it’s the olfactory equivalent of a word being on the tip of your tongue.

And that might be down to the other revolutionary thing about it.

Unlike in skincare, where all the ingredients have to be listed on the label, most consumers have no idea what’s in a perfume, so it’s hard to explain why this is so groundbreaking. But experts agree it really is.

‘Most fine fragrances you’d expect to contain between 30 and 40 different chemicals or compounds,’ explains Angela Stavrevska, creative director at CPL Aromas, a fragrance house that makes perfumes for brands including Molton Brown.

‘Molecule 01 uses just one. That was a very bold choice.’

That single ingredient is a synthetic compound, which was created in a laboratory in 1973. Its chemical name is tetramethyl acetyloctahydronaphthalenes, although it’s more commonly known as Iso E Super.

‘It has a multi-faceted character which gives it this ethereal feel,’ says Angela. ‘It’s musky, sweet and woody, and it doesn’t whack you over the head.’

Iso E Super has long been in a number of well-known perfumes, including Christian Dior’s Fahrenheit, Lancome’s Tresor and Hermes’ Terre. 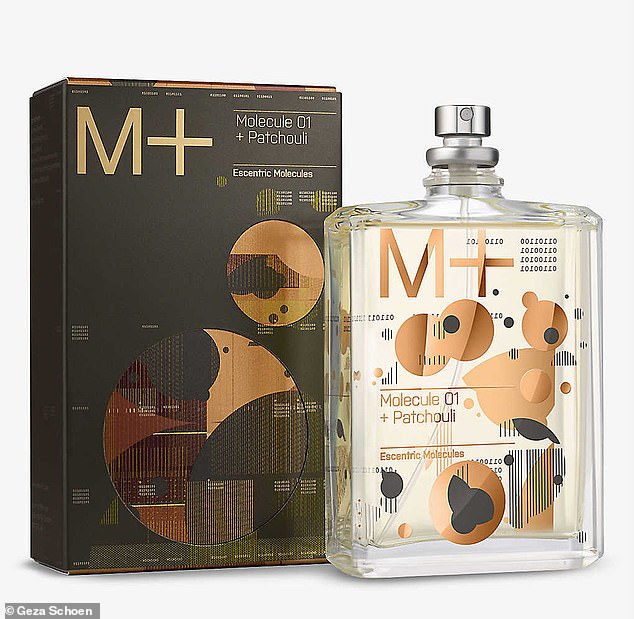 Some people have claimed you cannot smell Molecule 01 (above) when you’re wearing it and fans of the scent, including Davina McCall, say they wear it for the impact it has on others

But Molecule 01 came about when Geza Schoen, a young German perfumer based in London who had previously worked on fragrances for fashion brands Diesel and FCUK, suspected that Iso E Super was the magic ingredient and decided to launch a perfume based on just that one compound.

Geza’s latest three launches, the Molecule+ range, are all based around the original. Each combines Molecule 01, Iso E Super, with another ingredient — patchouli, iris and mandarin.

Whether for long-standing Molecule 01 devotees wanting to try the new iteration, or inquisitive newcomers, these intriguing new perfumes are already being snapped up.

This time around the added scents mean you’ll definitely be able to smell them on yourself — but who knows what effect they will have on other people.