If you wish it could be Christmas every day, your prayers have been answered thanks to a brand new TV channel.

GREAT! Movies Christmas, which will launch later this month, is set to show festive films round the clock.

The pop-up channel will temporarily replace GREAT! Movies Classic from September 23 and continue its 24/7 Christmas movie bonanza all the way to January 4.

As well as family favourites such as Home Alone, The Polar Express, The Grinch, Love Actually and Elf, fans will also be treated to exclusive premieres for the likes of A Christmas Melody, starring Mariah Carey, and Just In Time For Christmas featuring Christopher Lloyd. 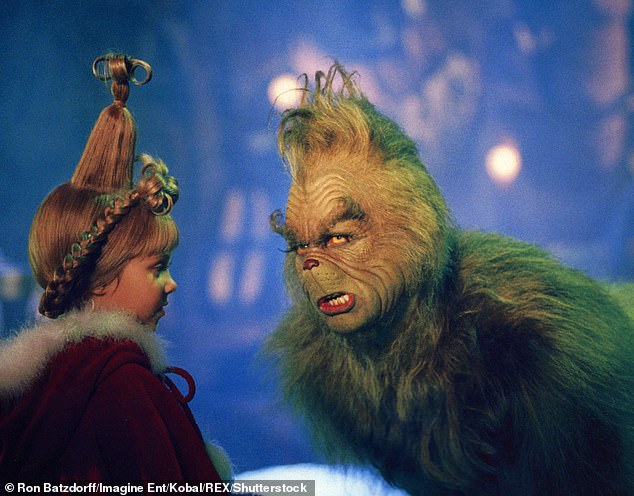 Movies Christmas, which will launch later this month, is set to show festive films like The Grinch, pictured, round the clock

The pop-up channel will temporarily replace GREAT! Movies Classic from September 23 and continue its 24/7 Christmas movie bonanza all the way to January 4

Other new flicks making their debut on the channel include Strike For Christmas, The Christmas Sitters, Beaus of Holly, Call Me Claus with Whoopi Goldberg, A Husband for Christmas, and Crazy for Christmas.

Movies Christmas will be free to air and available to people in the UK on Freeview 51, Sky 319, Virgin 424 and Freesat 303, showing festive films 24 hours a day, seven days a week.

The channel is made available by Narrative Entertainment, whose free TV network includes GREAT! movies and GREAT! TV.

Summer may have only just finished, but Christmas is only 112 days away.

While it might feel too early to get in the spirit, a psychologist previously told website DoYouRemember that watching popular Christmas classics like Love Actually can provide an instant boost of happiness as it releases the hormone dopamine.

‘It does create that neurological shift that can produce happiness,’ they explained. 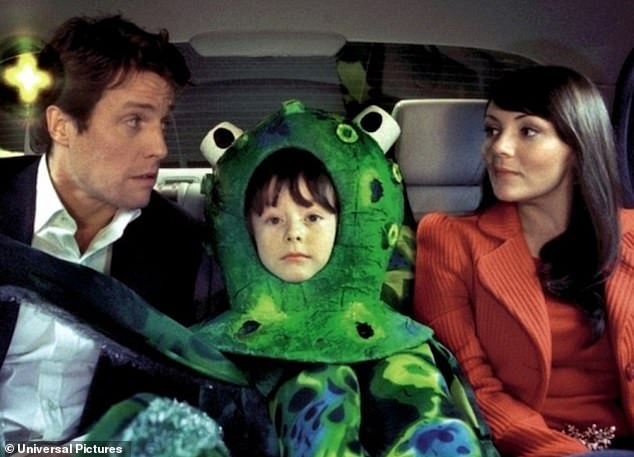 While it might feel too early for you, a psychologist previously told website DoYouRemember that watching popular Christmas classics like Love Actually can provide an instant boost of happiness as it releases the hormone dopamine

‘I think anything that takes us out of our normal habituation, the normal day in, day out, signals our senses, and then our senses measure if it’s pleasing or not. Christmas decorating will spike dopamine, a feel-good hormone.’

Love Actually quickly became a hit after its release in 2003 and boasted a star-studded cast which also included Andrew Lincoln as Mark and Keira Knightley as Juliet.

It’s certainly stood the test of time, with dozens of references being made to the pop culture classic since.

In December 2019 Boris Johnson admitted he had never watched Love Actually after appearing in a campaign video inspired by the 2003 rom-com, although he said he was aware of ‘the general theme’. 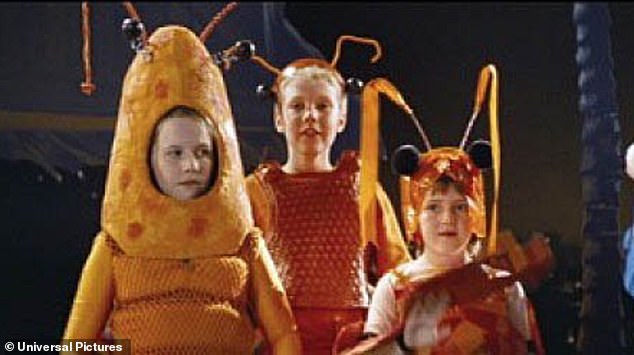 Lulu Popplewell dressed as a sea creature in the hit film when she was just 12 years old. Last year she branded it ‘cheesy’

The Tory leader also revealed he would seek to emulate the Prime Minister character played by Hugh Grant by ‘standing up to the United States’ on issues including the need to fight global warming.

Last year child star Lulu Popplewell, who played Emma Thompson’s daughter Daisy and impressed with her memorable line of being a ‘lobster in the school nativity’ play, slammed hit movie Love Actually for being ‘cheesy’ and showing women as ‘passive objects’.

The comedian made the comments during an appearance on podcast Almost Famous, adding that she thinks the classic Christmas flick is a ‘s**t film’.

Speaking about her experience doing the film when she was 12-years-old, Lulu said: ‘I don’t regret it at all. Look, softly be it spoken I think it’s a s**t film… On re-watching it’s not great. You also have to remember that he [Richard Curtis] was writing in the context of the time.’