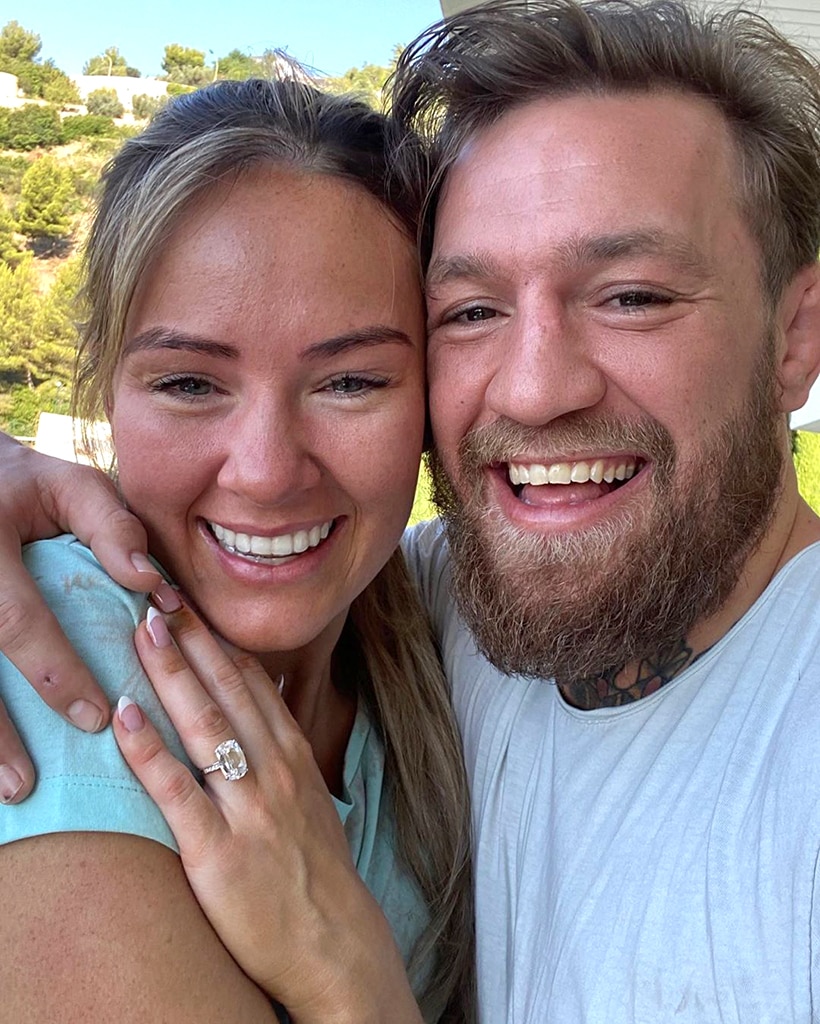 Conor McGregor went from boxing rings to boxing a ring…

The 32-year-old recently retired MMA fighter took to Instagram to share the sweet and special news that he's engaged to his longtime love, Dee Devlin.

"What a birthday, my future wife," Conor captioned his post, alongside a selfie with his bride-to-be. In the photo, the couple looked over-the-moon excited over their next chapter. Plus, Dee showed off her massive emerald-cut diamond ring.

The UFC World Champion's post was filled with sweet messages from his followers and friends. "Congratulations," Jenni "JWoww" Farley commented with heart-eyes emojis. Brittany Palmer responded, "Amazing!!! Congrats to you both."

As some fans know, Conor and Dee have been together for 12 years. The two began dating in 2008, just before the athlete skyrocketed to fame in the MMA world, and are now proud parents to two kids: 3-year-old Conor Jr. and 19-month-old daughter Croia.

News of the pair's engagement also comes nearly two months after Conor announced his retirement for the third time in his career.

"Hey guys I've decided to retire from fighting," the athlete began his Twitter post on Sunday, June 7. "Thank you all for the amazing memories! What a ride it's been! Here is a picture of myself and my mother in Las Vegas post one of my World title wins! Pick the home of your dreams Mags I love you! Whatever you desire it's yours."

The Truth About Prince Harry's Relationship With Prince William

How 365 Days Became the Year's Most Talked About Film

Charlize Theron's Daughters Make a Special Appearance During Her Party

Last March, he shared a similar message with his fans about the future of his fighting career.

"Hey guys quick announcement, I've decided to retire from the sport formally known as 'Mixed Martial Arts' today," he wrote at the time. "I wish all my old colleagues well going forward in competition. I now join my former partners on this venture, already in retirement. Proper Pina Coladas on me fellas!"

With his retirement, that means Conor and Dee have plenty of time to plan their wedding together!