A threat by the federal government to cut future funding if commuter car parks are not built has been described as “corruption of a corrupt process” by integrity lobby group the Accountability Round Table.

Former senior public servant Stuart Hamilton, the group’s director, said he was concerned that the government’s priority was not whether a grant was needed but what the political benefit might be. 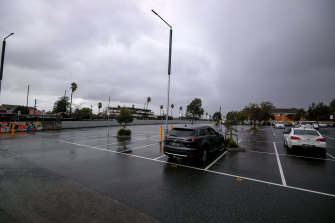 “If you dare question things, or perhaps turn them down, shock horror, we will bear that in mind in thinking of you again, and if that’s not a sort of implied threat, I don’t know what it is,” Mr Hamilton said. “It is corruption of a corrupt process.”

The $20 million car parks are part of a controversial $660 million government scheme that has been criticised by the federal Auditor-General, who found funding was targeted at marginal seats rather than those in need.

Mr Hamilton said he was concerned by a report in The Age on Monday that Infrastructure Minister Paul Fletcher told Glen Eira Council future funding from the Morrison government might be cut if it did not build commuter car parks in Bentleigh and Elsternwick, despite independent research warning they could cause more congestion.

In a letter to the council, Mr Fletcher wrote that a decision to cancel the car parks “could well have the long-term consequence of reducing the chance of future applications for Commonwealth funding for the City of Glen Eira being successful”. 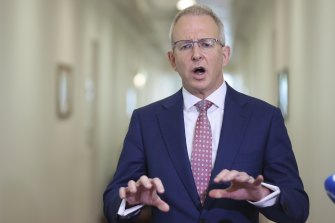 Mr Hamilton said the Accountability Round Table wanted to tackle this type of behaviour, and a paper to be launched next week by former prime minister Malcolm Turnbull calls for 21 proposals to ensure integrity, including the establishment of a national integrity commission.

The Accountability Round Table said the country was facing a “national integrity crisis” in which the routine abuse of power, rejection of ethical standards and undermining of integrity agencies was commonplace.

It will call for more effective controls over pork barrelling and for decisions on government grants to be made on the basis of local bids and assessed independently.

The Bentleigh and Elsternwick car parks are in the federal seat of Goldstein, which is set to be highly contested, with former journalist Zoe Daniel announcing last week she will run as an independent against Liberal MP Tim Wilson.

Ms Daniel said the Glen Eira Council was doing what ratepayers and commuters would expect, which was consulting the community and commissioning independent research into the proposal.

“This goes to the heart of what is wrong with this government – it is either my way or the highway, whatever the merits of any proposal, bullying and threatening rather than listening,” she said. 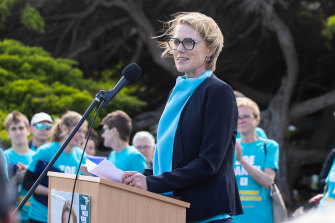 Independent candidate Zoe Daniel says the government is bullying and threatening rather than listening. Credit:Simon Schluter

“The idea that the Goldstein community should be punished for simply doing appropriate due diligence says everything about the shortcomings of this government when it comes to integrity.”

Mr Fletcher and Mr Wilson both declined to comment.