What a dizzying, helter-skelter life, Norman Scott! I’m tired out just reading about it

As Norman Scott points out, with a hint of triumph, most of the people involved in the famous conspiracy to kill him are now dead and buried but, at the age of 82, he is still going strong.

Ben Whishaw, who portrayed him in A Very English Scandal, opposite Hugh Grant as Jeremy Thorpe, hailed him at the Emmy Awards as ‘a true queer hero and icon’. This has spurred Scott to publish this maddening, dizzying, helter-skelter memoir of his bizarre early life.

Everything about his tale is odd, even the mistakes. ‘Judge Carman, in his summing up at the Old Bailey trail in 1979, described me as a sponger, a wimp and a parasite,’ reads a sentence on page two. 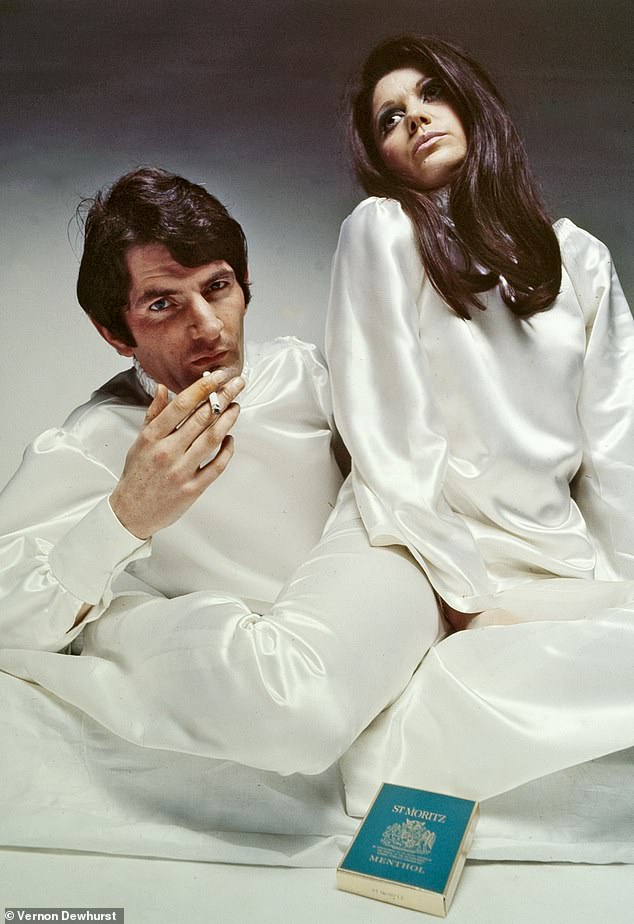 As Norman Scott (above with Breege Collins in 1969) points out, with a hint of triumph, most of the people involved in the famous conspiracy to kill him are now dead and buried

This little sentence contains three errors. ‘Trail’ is obviously a comical misprint of ‘trial’; the judge in question was called Cantley, not Carman: Carman was the name of Jeremy Thorpe’s QC.

And in his notorious summing-up, Judge Cantley called him ‘a crook, a fraud, a sponger, a whiner and a parasite’, but not, I think, a wimp.

How much of the rest is accurate? It is in the nature of memoirs that they contain no independent verification. But at times, reading An Accidental Icon is like being trapped in a hall of mirrors.

It is clear that Scott had an unfortunate childhood. ‘I was born out of wedlock to a father I never knew,’ he begins. His mother Ena was a widow with five children. Soon after her husband’s death, she became pregnant and, to make things look above board, married a man called Albert Josiffe, who soon left her for another woman, taking the family car.

For several years, young Norman’s mother subjected him to painful sexual abuse. ‘As a child, the sense of something unkind and unpleasant about to happen was always present, and through my adult life I have suffered with anxiety, low self-worth and a compulsion to please others.’ 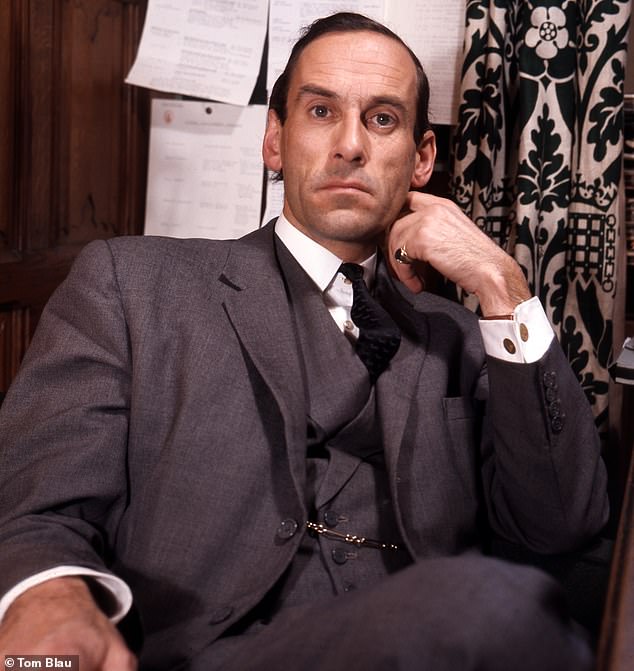 One day at the stable, he briefly meets ‘a lean dapper figure in a homburg hat’ who turns out to be the rising young Liberal MP Jeremy Thorpe (above)

In one particularly striking episode, the ten-year-old Norman is given a tortoise by two sisters who own a pet shop. He returns home clutching it – ‘Mummy! Mummy, look what I’ve got!’ – only to stumble upon his mother having sex with a telephone engineer.

‘I thought he was trying to kill her. Terrified, I dropped my tortoise. He hit the floor and his shell cracked open. I ran for it, afraid the man might attack me, too.’

The tortoise died and Norman was left with a profound fear of sex. Aged 14, he was accused – unfairly, he maintains – of stealing a saddle. His mother took the side of his accuser, telling the magistrate: ‘I can’t control him. He’s just difficult.’

As if this were not odd enough, his mother attended the trial with Dorothy Squires, the histrionic singer who had recently married Roger Moore. When Ena called on the magistrate to put young Norman into care, Dorothy encouraged her: ‘Yes, Ena, yes.’

Norman is then sent to a remand centre. He tries to run away when the other inmates beat him up, and eventually he is sent home. Aged 15, he gets a job as a riding instructor at a girls’ school, but the girls start writing love letters to him, ‘although I wasn’t interested or encouraging’, and he is fired.

Throughout this book Scott portrays himself as a passive victim – someone to whom things happen, all of them horribly unfair. At his next job, a man called Brian tries to force himself upon him.

‘I was shocked and disgusted… I told him no, absolutely not.’ The next day, Norman feels uncomfortable. ‘I assumed no one would believe me if I told them so I decided to leave.’

He then joins a riding stable run by a man called the Honourable Brecht van der Vater, who is nicknamed Van but whose real name is plain Norman Vater. An inordinate number of characters in this book trade under bogus names, not least Scott himself, who was first called Norman Josiffe, later extended this to the Honourable Norman Lianche Josiffe ‘to make my name sound more sophisticated’, and only latterly turned into Norman Scott, at the suggestion of Thorpe.

One day at the stable, he briefly meets ‘a lean dapper figure in a homburg hat’ who turns out to be the rising young Liberal MP Jeremy Thorpe. ‘I thought it rather strange when I discovered Jeremy Thorpe was sharing Van’s bedroom, which had a single bed.’

The next day, Thorpe has a quiet word with Norman. ‘Van’s an odd character. If ever you have a problem with him, I’d like you to get in touch.’

Sure enough, Norman soon falls out with Van, but not before Van has shown him a clutch of fruity letters sent to him by ‘some very important people’, among them Jeremy Thorpe. These, said Van, were his ‘insurance policy’.

‘My face grew hot with embarrassment,’ recalls Norman, ever the innocent. ‘I felt sorry for the unsuspecting people who had written the letters, especially Jeremy Thorpe, who had seemed rather kind.’

One day, Van keeps snapping at him and a ‘horrendous row’ ensues. ‘Shaking with nerves,’ Norman decides to leave. On his way out, he takes the ‘insurance policy’ letters from Van’s bureau.

He did this, he insists, out of the goodness of his heart. ‘He had behaved so badly towards me that I feared for the people who had written the letters, especially Jeremy Thorpe, who’d been so kind…’

Only after he has left does he realise that Van has his National Insurance cards, without which he won’t be able to get another job. Norman’s obsession with the return of his National Insurance cards – similar, in its way, to the obsession of The Caretaker in the Pinter play with getting to Sidcup – is set to become the undoing of so many people, prime among them Jeremy Thorpe.

Over the next few months Norman becomes hooked on pills and alcohol and, having attempted suicide, ends up in a psychiatric clinic. By now, ‘when I was doped up on Largactil’, he would read the purloined letters Thorpe had written to Van and ‘I would find myself daydreaming and wishing they had been written to me. Not in a romantic way but just because they were from someone so well respected… Though I did think about Jeremy a lot, my feelings for him were in no way sexual.’

He writes of telling the other patients that he was his friend. ‘I certainly didn’t see myself as homosexual at the time.’

Is this true? If you look up the transcript of the Old Bailey trial, you find that Norman Scott admitted boasting to them of a sexual relationship with Thorpe long before one had ever taken place.

‘You were saying you had a sexual relationship with Mr Thorpe before you went to the House of Commons?’

‘Quite obviously, that was not true?’

‘You were suffering from a delusion?’

Anyway, he finally runs away from the psychiatric clinic with two other inmates, both of whom try to kill themselves. Back at the clinic, he boasts to a doctor about his non-existent friendship with Thorpe, and the doctor, presumably believing it to be true, advises Norman to go and see him.

‘I’d wanted to contact Jeremy Thorpe for months, and now a psychiatric consultant was actually advising me to do so. Surely I must take his advice.’ Scott still doesn’t seem to recognise the crazy circularity of this argument.

To cut a very long, complicated and endlessly fascinating story short, Scott turns up at the House of Commons in November 1961, ‘to ask for a man I had met only once, and several months ago’.

Thorpe, an inveterate predator, greets him with open arms, and that very evening whizzes him off to his mother’s house, where he forces him to have sex. ‘It hurt so much I was gasping with pain.’

On the other hand, he enjoyed hanging out with such a distinguished character and ‘I loved the sensation of being cared for, that all his power and energy were on my side’.

Thorpe tells him to go to Gieves of Bond Street and buy clothes on his account. ‘I didn’t want to be greedy, so I chose some shoes, shirts and underwear.’ Also ‘a pair of rose-pink pyjamas, which were quite wonderful’.

Ten days later they dined at the Reform Club, where they were joined for a glass of port by Lord Reith. ‘This is my ward,’ explained Thorpe.

Thorpe installs Norman in a flat, but love quickly turns to hate. ‘I could see only one way out of this awful mess. I must kill Jeremy, and then do away with myself.’ As it happens, Jeremy was to get there first: after Norman has started telling everyone about their relationship – not least Thorpe’s mother and his new bride – he decides that enough is enough and, through a variety of shady fixers, employs a farcically incompetent hitman to do away with him.

Along the way, Norman becomes involved in all manner of goings-on, including any amount of drink, drugs and tears, a suicide attempt, various beatings-up, a one-night stand with Francis Bacon, who tells him ‘You’re not my usual type’, and a shotgun marriage to a woman whose parents bitterly disapprove of him. It’s exhausting to read; heaven knows what it must have been like to live through.

For Christmas, his future mother-in-law – whose other son-in-law, by the way, was the actor Terry-Thomas – gives him a dark-blue mug with ‘STRYCHNINE’ written on it.

‘I knew then how deeply she disliked me,’ Norman concludes, in a rare and precious moment of understatement.