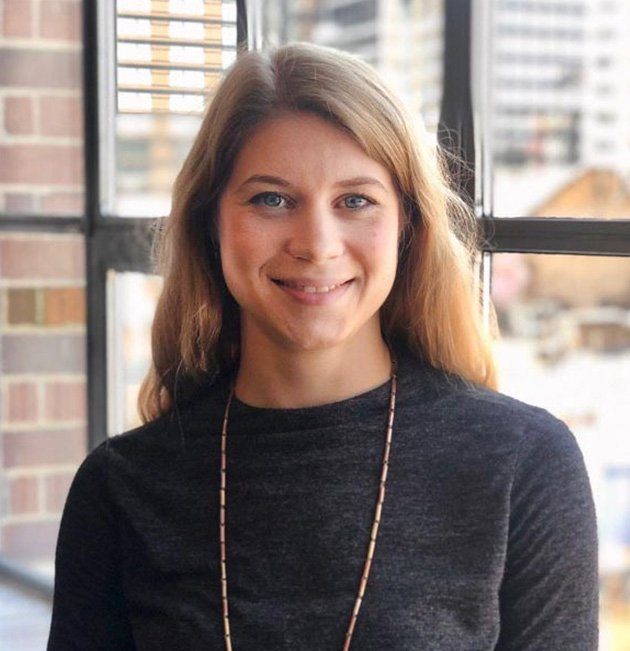 Sarah Everard is all of us. Baby sister, youngest daughter, best friend, soulmate, and colleague. ‘Brilliant’ at everything – except karaoke.

So many of us see ourselves in Sarah. We might share the same hairstyle, same shade of lipstick, necklace and earrings.

The same green raincoat for those just-in-case spring evenings, and the same patterned, comfortable trousers that we all wore in lockdown. Sarah was hoping to blend into a crowd, her head down, and smiling during a phone call with her partner on the walk home.

Maybe she was thinking of shouldering her cosy dressing gown when she got home – the one her mum still has – after calling into her local Sainsbury’s for snacks.

Another woman walking down a busy street, in a world not very far from our own.

Albeit a stranger back then, Sarah was just Sarah. She wasn’t known as Sarah Everard, or Ms. Everard, to her sister Katie, brother James, dad Jeremy, mum Susan, or to her boyfriend Josh. She was a karaoke queen and an incredible dancer – the baby of the five-strong Everard family.

‘Washing was left hanging up, half sewn outfits, deliveries waiting to be returned, packages waiting at the door ready to be opened,’ her sister Katie said, of Sarah’s Brixton flat.

Packages for new outfits to ‘go out for dinners and drinks and dancing’ in, perhaps. Or, parcels left from a sporadic ASOS shop when she was bored one evening in lockdown, and promised herself she’d go to the Post Office tomorrow morning. Maybe.

‘All signs of a life waiting to be lived – chores to be done, ready for her to return and continue when she got home,’ Katie said. The toilet to be scrubbed, the recycling to be put out, the plates from that day’s lunch to be cleaned, or rinsed and reused. No-one would ever know.

She was a ‘beautiful dancer,’ according to her mum, Susan. And when she wasn’t dancing she was sharing the ‘minutiae of the day’ with her.

‘Always there to listen, to advise’ and to share her infectious, inimitable laugh – telling her mum not to worry, she was just fine. Rolling her eyes at the asks of grandchildren, and when she was next visiting the family home in York.

‘She was a good person. She had purpose to her life,’ her mum told a courtroom full of strangers in her impact statement.

Dad Jeremy described how the family ‘loved being a part of Sarah’s world,’ and insisted that a picture of his ‘beautiful’ daughter smiling straight at the camera was shown, as he, Susan and Katie spoke to the court.

Sarah had a geography degree from Durham University, where she’d met one of her best friends Rose, and was starting an exciting new job as a senior marketing account manager –  which she’d often chew Rose’s ear off about.

She dreamed of getting married, of welcoming generations to the world that would exist solely because of her. Sarah was saving to buy a house to get away from sleeping six-foot away from her newly-washed clothes. The pictures plastered on her walls of her trip to South America in 2013 helped keep her dreaming, kept her smiling at night.

Still, it didn’t stop the sisters planning adventures abroad, said Katie. To talk excitedly of ‘being each other’s bridesmaid, meeting her babies and being an aunty…’

They were going to grow old together, even at 33 the thought of growing old for Sarah was lightyears away – still, she and Katie were determined, even then, to see who ‘got the most wrinkles’.

Her old work friend, Holly, described Sarah as someone who was ‘sunshine and light, and made you feel warm and good and safe’. She was not even halfway through her journey in life.

Most of all, though, Sarah was a ‘strongly principled young woman who knew right from wrong and who lived by those values,’ her mum said.

She was a woman that got into 48-year-old Wayne Couzens’ car when she believed, after the brandishing of a police warrant card, that she’d done wrong.

Before Sarah became a rallying battle cry for change against the continuation of abhorrent female violence, she was the woman in a cosy beanie and green headphones we’d walk past on the street.

The woman we’d soon shed tears for. The woman we’d drop everything to march for, just like she once did for her friends and family, according to their impact statements.

She was ‘sunshine and light’, not a victim of darkness illuminated by the candles of many who marched for her

Sarah didn’t expect the whole world to know her name for generations to come. She didn’t want everyone to know that her washing was drying in her south London flat, alongside unfinished sewing projects. Or that she had packages to return before her 30 days were up; chores to finish, holidays to book and wrinkle creams to compare with her sister. Songs to sing, and shapes to be thrown on her next night out to her favourite karaoke bar.

Sarah didn’t expect her dad, Jeremy, see ‘his beautiful daughter’ smiling down at him from a courtroom screen as he gave an impact statement to her killer.

She was ‘sunshine and light’, not a victim of darkness illuminated by the candles of many who marched for her. She was the ‘streetwise’ woman who walked the same, well-lit route home that passed our silently videoing doorbells – with plans to meet her boyfriend the next day. A boyfriend who thought she was ‘strong and beautiful’.

Sarah was a sister, a daughter, a lover, friend, and the new girl at work. Excited to start afresh, and welcome her new chapter.

Just like primary school teacher Sabina Nessa, and the 80 women killed ‘by men’ since Sarah was last seen, on March 3.

Sarah was all of us – and we should never forget her.