The Dine & Discover vouchers have run out, the Parents NSW vouchers are just about to expire and prices are going up everywhere. But there’s still plenty you can do on the cheap while expanding your cultural horizons. And the best bit? Everything we have picked is under $100 and if you plan ahead, there are bargains to be had for the year ahead. 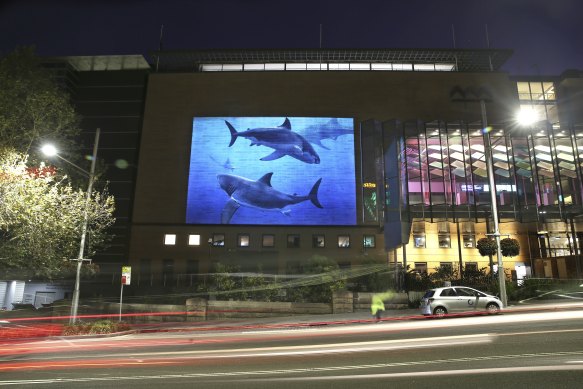 AUSTRALIAN MUSEUM You can look at dinosaurs, a 2500-year-old Egyptian mummy, indigenous artefacts and a gallery of “preserved” birds with a free general admission ticket to the museum. If you want to splash out, tickets to the museum’s Sharks exhibition, which includes a life-size model of a whale shark, start from $17.60.

ART GALLERY OF NSW General entry is free, and you can pimp your ride even further, by joining a free guided tour on Wednesdays or booking a free ticket to the gallery’s cinema. This Wednesday, it’s screening Portrait of a Lady on Fire, a simmering 18th century love story about desire, creative fulfilment and the female gaze. 7.30pm, bookings required.

MUSEUM OF CONTEMPORARY ART Let art wash over you at Art Flow: A Wellbeing Experience, the MCA’s free mind-health program allowing observers to contemplate a painting, sculpture, photo or installation with an art educator. Join a 45-minute session of 10 people to discover your emotional and subjective response to layers of paint, clay, pixels or mixed-media and free your mind.

LIBRARY Kids aged 8-12 can find their inner Ziggy Stardust or Aladdin Sane at David Bowie for a Day, a free, three-hour workshop at Haberfield Library on October 5, 10am-1pm. Exploring Bowie’s music, fashion and creativity, kids listen to the song Starman, create choreography and costumes and make a music video David would be proud of.

DEEPAVALI/DIWALI Celebrate the Indian Festival of Lights, with free light installations in Parramatta parklands and river foreshores from dusk till dawn throughout October. Whirl into Indian dancing, singing and Bollywood DJs at Centenary Square on October 14, and traditional and contemporary food, dance, and music at Little India Fair in Harris Park on October 30.

DARLINGHURST GAOL Tour unseen corners of Australia’s oldest surviving, and reliably haunted, large jail, now the site of the National Art School. Spy one of 76 ghosts, including bushranger Captain Moonlight, “demon dentist” Henry Louis Bertrand and the last woman to hang in NSW, Louisa Collins, while visiting the morgue, the chapel, the “delousing” tunnel and the site of the jail’s gallows. $30, daily 10am and 2pm.

OPERA AUSTRALIA Calling all Year 11 and 12 opera fans! Enter the draw for $20 tickets to see La Traviata, Giuseppe Verdi’s passionate and tragic tale of unforbidden love, at the Sydney Opera House on October 26, and 31 and November 2. Enter at opera.org.au.

DANCE If you love ballet but can’t stretch the budget, for $29.90 you can watch dancers from the Australian Ballet do their morning training routine and rehearse a pas de deux from an upcoming production. Book a seat at the Sydney Opera House’s Joan Sutherland on either November 15 or December 20.

BOOKS Nestle into Gertrude & Alice Cafe Bookstore, rated one of the 10 best bookstores by National Geographic, for the Bondi Literary Salon, fortnightly from October 12. Tickets are $22.19 and book discussions begin with Geraldine Brooks’s Horse.

LAST-MINUTE TICKETS Try your luck with either the TodayTix lottery, which gives you the chance to score $30 tickets to shows such as Moulin Rouge! The Musical, or lasttix.com.au, which has tickets for shows under $50.

COMEDY Take your luck and laughs in your hands with the Comedy Store’s Saturday Comedy Showcase. The line-up is a secret, but the Moore Park club promises household names, cult favourites and new talent every Saturday night. Tickets are $49.50 and include two drinks.

TAYLOR SWIFT If you can’t afford to fly to the US to see the hugely popular US singer in person, the listening party On Repeat: Taylor Swift (Metro Theatre, October 22) celebrates her new album Midnights. Tickets are only $30 and, I repeat, it does not include the real Taylor Swift.

LIVE MUSIC Tickets for big names such as Arctic Monkeys, Tame Impala and Groove Armada are expensive (and all sold out), so give smaller venues such as the Oxford Art Factory (Montaigne, $46, October 14) or the Lansdowne Hotel (Andy Bull, $35, November 4) a go instead.

CINEMA It’s pretty easy to get cheap cinema tickets (Dendy have $10 Tuesdays, Palace Cinemas have $12 Mondays and at the Cremorne Orpheum it’s $13.50 on Tuesdays), but if you want to splash out a bit, try the Golden Age Cinema and Bar, which screen a good mix of classics (Wings of Desire, October 5) and new releases (The Humans, October 9) for $23.

SYDNEY THEATRE COMPANY Every Thursday at 9am, $30 tickets go on sale for shows on the following Monday to Sunday. Tickets are limited to two per person, so that’s a $60 date night. Bargain. If you want to plan further ahead, tickets to preview performances at STC are discounted, too ($65 if you want to see Richard Roxburgh in The Tempest, which starts on November 15).

GRIFFIN THEATRE COMPANY Subscribing is the cheapest way in, with packages for the 2023 main season starting from $140 for four plays (that’s less than $50 a show!). If you don’t want to commit to a whole season, get a gang of eight together and pay $52 each for tickets to shows such as Ash Flanders’ upcoming one-man comedy End Of (October 13 to November 5). Or, if you’re under 35, tickets are $38 each, all the time.

BELVOIR ST THEATRE Let preview performances be your friend, with $54-$59 tickets. For students and those under 30, prices start from $37. Or make friends with a subscriber, and they can bag you a ticket from $65 (especially if you want to see Looking For Alibrandi, which is selling fast and running until November 6).

ENSEMBLE THEATRE The north shore theatre has partnered with Playwave, which offers cheap (and sometimes free) tickets to performances for those aged 15-20. There are also free teen nights (marked FT on their booking calendar) and discounted tickets for the under 30s. For adults, your best bet is either previews ($75) or booking in bulk ($68 each for groups of 20 or more).

DARLINGHURST THEATRE Don’t miss the coming-of-age vampire tale Let the Right One (October 12-November 20), with preview tickets from $54. Darlinghurst also runs a “pay what you can” program, with four tickets reserved for each performance. Contact the theatre to apply.

OPERA AUSTRALIA Opera’s all about the singing, right? So keep that in mind while you book $47 partial view tickets to Opera Australia shows at the Sydney Opera House. The seats are located in the balcony boxes and have a limited view of the stage. Another option is entering OA’s ballot for $20 tickets, which is sponsored by the Susan and Isaac Wakil Foundation Access Program.