Amber Rose distances herself from 2015 tweet about Kanye West, Kardashians

Kim Kardashian may have wanted to leave her fans drooling over her bikini body on Instagram, but she got them talking about her caption instead.

The “Keeping Up With the Kardashians” alum posted various photos of herself lying seductively on a beach, which were snapped during her vacation to The Bahamas with boyfriend Pete Davidson, but her use of the “🅿️” emoji in “Beach P arty” has her followers wondering if she’s giving the “Saturday Night Live” star a nod.

Kardashian, 41, hasn’t responded to any comments about the eyebrow-raising emoji, but others speculated that it is referencing the “P” her hat — which likely belongs to Davidson.

The Skims founder and “The Suicide Squad” star, 28, jetted to the archipelago shortly after New Year’s for some quality time together, and a source close to Kardashian told us that the pair were “really happy together” after the trip.

“Things are going great between them. They’re taking things slow, but both are really happy when they’re together,” the source told Page Six. “All of their friends love seeing how happy they both are. It’s really great.” 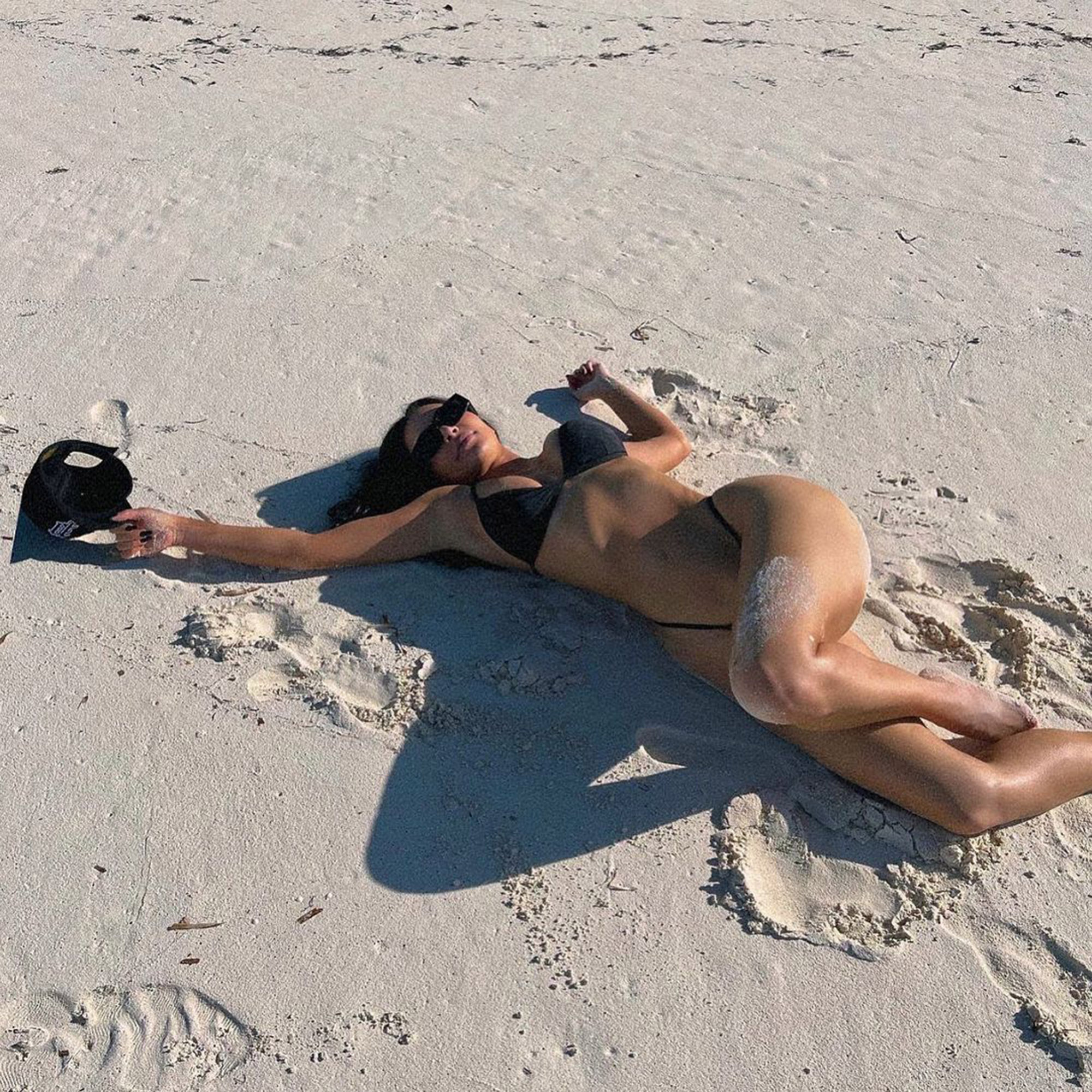 While the KKW Beauty mogul has been dealing with very public drama with estranged husband Kanye West, sources also told us that Davidson is unfazed by it, even though the rapper threatened him in his new song.

“Pete thinks it’s totally hilarious,” said an insider. “Not just that — he thinks the whole [tabloid drama with him, West and Kardashian] is hilarious. He loves it.”

It appears West’s current significant other, Julia Fox, is also unbothered by the Yeezy designer’s lyrics.

“Obviously she hopes this doesn’t cause more drama for Ye, but he’s an artist and this is how he chooses to express himself and she can’t judge that,” an insider told us of Fox’s thoughts on the track.