The Duchess of Cornwall jokingly described herself as an ‘ancient fairy godmother’ in a message marking the tenth anniversary of BBC Radio 2′ 500 Words short story competition for children.

Camilla, 72, recorded the message marking the anniversary from a Wendy house on the grounds of Birkhall, Aberdeenshire, where she is in isolation with Prince Charles, 72. The miniature thatched cottage is steeped in royal history and was originally built in 1935 for the then Princess Elizabeth and Princess Margaret to enjoy.

The duchess’s message was broadcast on the Zoe Ball Breakfast Show today. 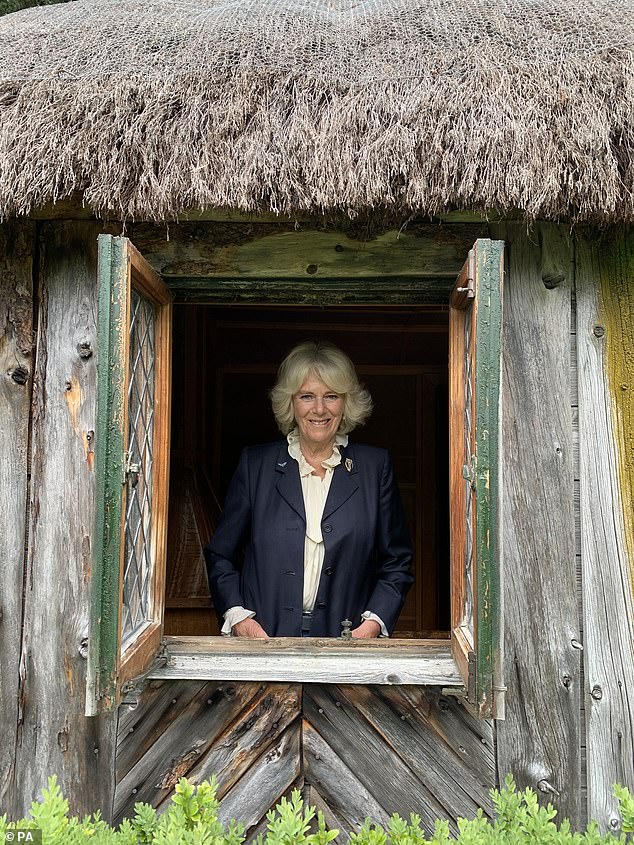 The Duchess of Cornwall jokingly referred to herself as the ‘ancient fairy godmother’ of BBC Radio 2’s 500 Words short story competition as this year’s winners were announced. She recorded a message to mark the anniversary from inside the Wendy House built for Princess Elizabeth and Princess Margaret on the Birkhall estate (pictured)

Speaking from the cottage, Camilla said: ‘In its 10 years, 500 Words has received a staggering million-plus entries. And it hasn’t just got children excited about reading and writing – lots of grown-ups have got very excited too.

‘Including me, the competition’s rather ancient fairy godmother! Now this year, we may have been confined to our homes, but nobody can confine imagination. Once again, I have been blown away by your genius and creativity.

‘In fact, you reminded me of a wonderful quotation from Beatrix Potter: ‘There’s something delicious about writing those first few words of a story. You can never quite tell where they will take you’.

‘For me, there was something delicious about reading the beginnings of all your stories. I could never quite tell exactly where I would end up – but I had a wonderful time getting there!’

The winners of the short story competition were announced today. They were chosen from a final selection of 56 stories, with the judging team featuring the duchess, chairman Chris Evans, award-winning authors Malorie Blackman, Frank Cottrell-Boyce, Charlie Higson and Francesca Simon, as well as Zoe Ball. 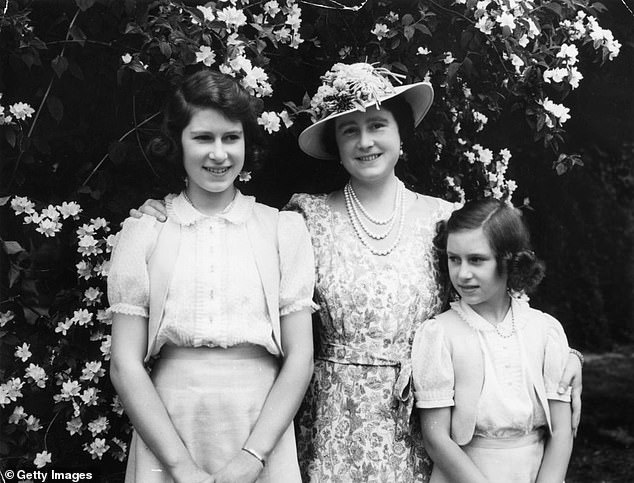 Princess Elizabeth, the future Queen, with sister Princess Margaret (right) and their mother the Queen Mother (centre) in the grounds of Windsor Castle in July 1941

In an on-air interview with Ball, the duchess joked about a squirrel who had joined their video call deliberations after the animal was spotted at her window, and she quipped ‘he was very helpful’.

‘But, thankfully, technology has brought us together across the airwaves – and we will still celebrate as hard as we can.

‘But just before we get to celebrating, I want to say something a bit serious. The last few months have been very difficult, confusing and worrying for lots of you.

‘Thank you for staying at home, being kind to others and cheering up your family and friends whenever you could. You have been brilliant.’