The Duchess of Rutland has opened up about the difficulties she faced when first moving into her stately home and joining high society after growing up on a farm where the ‘pennies were all collected very carefully’.

Mother-of-five Emma Manners, 57, a church warden’s daughter, moved into Belvoir Castle in Leicestershire, in June 1992 after marrying David Manners, the 11th Duke of Rutland, who she separated from in 2012.

And while Emma, who grew up on a farm near Cardiff, now fondly calls the 200-year-old estate home, she admitted on the debut episode of her new podcast Duchess that it hasn’t always felt like that.

Speaking to guest Demetra Lindsay of Hedingham Castle, in Essex, in the series which looks at the women running some of Britain’s grandest properties, the duchess confessed that she was often left ‘sobbing’ within her first month at Belvoir.

She credited her feelings of loneliness to bullying butlers, judgemental dinner party guests and not knowing etiquette, as well as having a dislike for titles and being in the public eye. 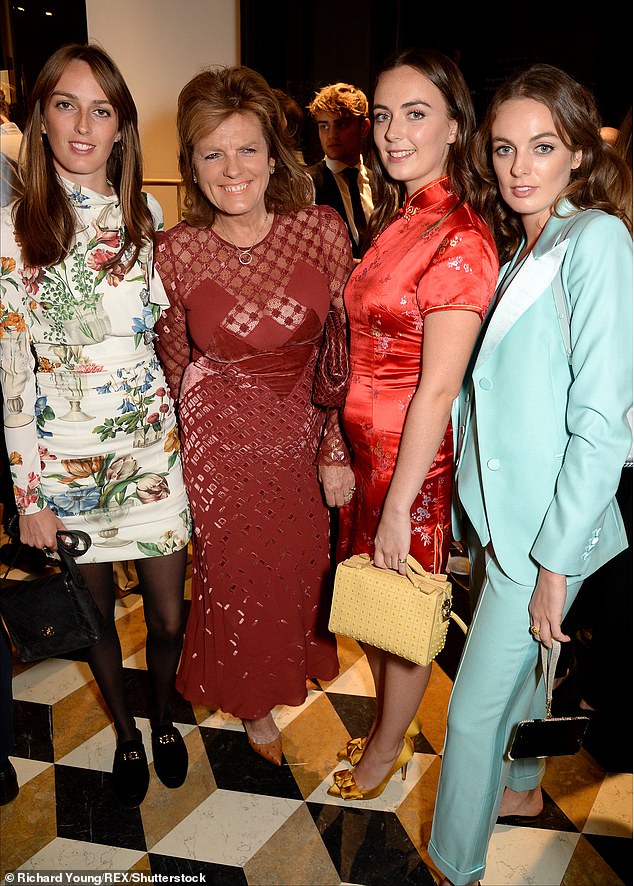 The Duchess of Rutland has opened up about the difficulties she faced when first moving into her stately home and joining high society after growing up on a farm where the ‘pennies were all collected very carefully’ (pictured with her daughters Alice, Emma and Lady Eliza Manners)

Emma, who is chief executive of the estate, recalled a moment she was left in tears after hearing her butlers ask ‘have we broken her yet?’ following her arrival to the castle.

‘I think we must’ve been there for about a month, and there were loads of butlers and loads of cooks and every corridor had another someone doing something,’ she said.

‘I so remember opening a door and hearing the butlers downstairs saying “have we broken her yet?” And I remember, like you, having children hanging off every hip, sobbing down the corridor. It’s the worse feeling because it doesn’t feel like home then.’

She continued: ‘They were just playing with me and I really didn’t know what I was doing. I felt like a ball they were bouncing and it was so difficult because on so many levels I was ill-equipped for the job. I didn’t understand etiquette, I didn’t understand how you spoke to a butler.’ 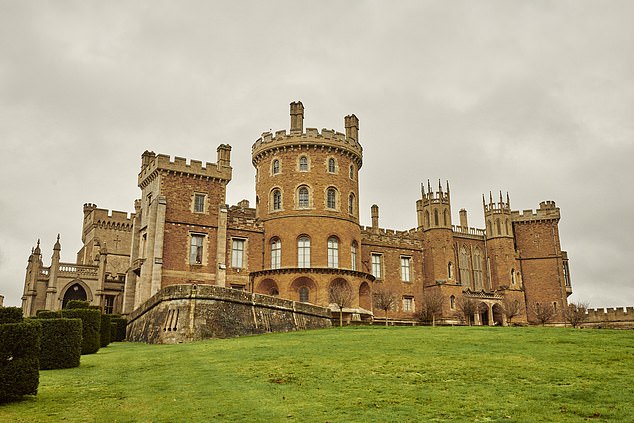 Mother-of-five Emma moved into Belvoir Castle in Leicestershire, in June 1992 after marrying David Manners, the 11th Duke of Rutland, who she separated from in 2012

The duchess noted another moment when she felt ridiculed as she tried to find her feet, recalling: ‘I do remember one story, I had a dinner party which was a really big step.

‘And we had a singing butler called Horton, a wonderful man, and he was the one butler that remained with us. Horton had a wonderful voice, so after dinner I thought the obvious thing to do was to ask the butler to come and sing.

‘And then of course you had that ridiculous thing where all the ladies leave, so we had to leave and the girls hounded me into a corner and said you do not have your butler sing.

‘I was so deflated. It was strange. All the time you had judgment, everywhere you went people judging your role, how you did it, how you performed it… you weren’t getting it right.’ 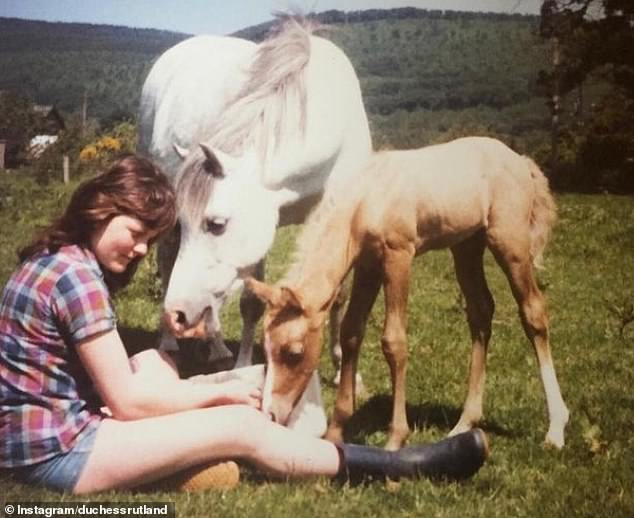 Emma, who is chief executive of the estate, said she came from a ‘very, very different world’ to the one she married into

But Emma said she soon started to ignore her critics and think ‘I’ve just got do it my way’, quipping that ‘the best thing in life is to have a short memory and a thick skin most probably’.

The Duchess later confessed that she also struggled to come to terms with her titles and being in the spotlight within her local community.

‘I remember my mother-in-law telling me everyone will call you “Your Grace” – that felt very very alien, I didn’t have the strength to say “No, no, no please call me Emma” because it was a tradition that I didn’t feel equipped in anyway to change,’ she said.

‘When [I] first got married and became Lady Granby – I remember sobbing to my mother-in-law and saying “I just can’t bear when people call me your Ladyship, it just feels so wrong”. 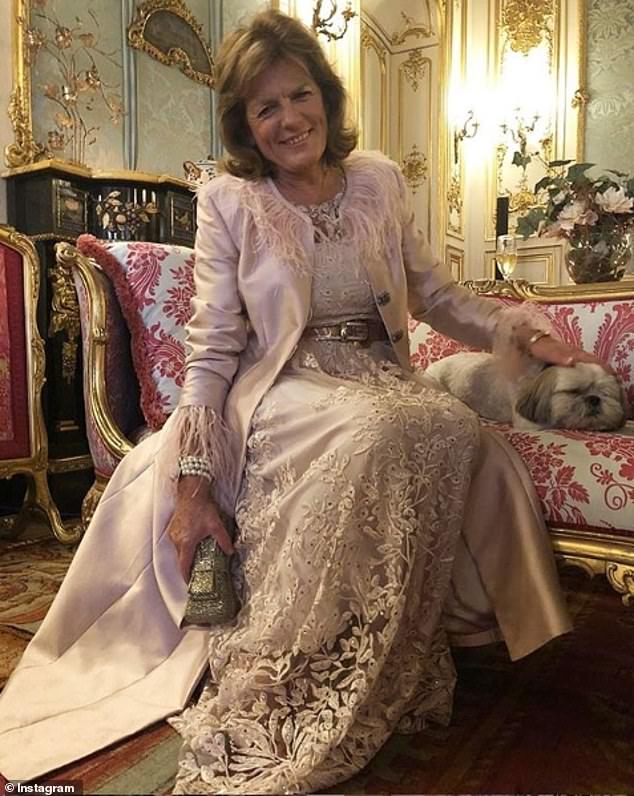 Emma said she soon started to ignore her critics and think ‘I’ve just got do it my way’, quipping that ‘the best thing in life is to have a short memory and a thick skin most probably’

‘And she said… everyone respects the title in this community but they will choose whether they like you or not and I have held that with me.’

She added: ‘There’s always a little mystery about the big house and it’s a very, very public life that we lead if you’re a private person because you’re always sharing your life with people, always, always.’

Emma admitted that her remarks probably sounded ‘very spoilt’ but that just being able to shut her front door ‘had magic all of its own to it’.

But while the mother-of-five confessed she sometimes felt ill-equipped to handle the estate at the beginning, she insisted that her upbringing helped her ‘enormously’ for the life she’s lived. 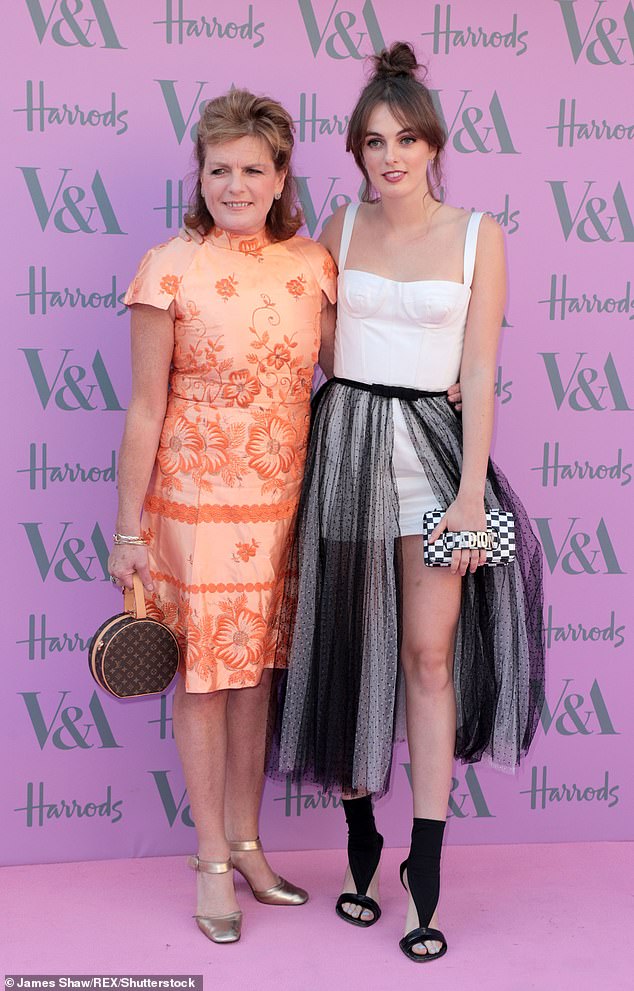 Emma alongside her daughter 27-year-old Lady Violet (pictured together in June 2018), who is helping to produce the prodcast

‘I come from a very, very different world to the one I married into and if I’m honest about my upbringing, I always felt it equipped me enormously well for the journey of the life I carried out to this date.

‘We were a farming family. I helped mum with the B&B because that educated me, I was very dyslexic so I couldn’t go to the local grammar school so they scraped money together to send me to public school, then I was a failed opera singer, a failed land agent.

‘Because yes dad was a church warden, but… we were all very, very hands on, and the pennies were all collected very carefully up so I’ve had to learn that part of living in heritage is a partnership with people and two, it’s what you can give back to your surrounding community.’

The duchess’ children, Lady Violet, 27, and her siblings Alice, 25, Eliza, 23, Charles, 21, and Hugo, 17, also help look after the estate, and spent their time in lockdown tending to Belvoir’s landscaped gardens and clearing fallen wood from its surrounding forests. 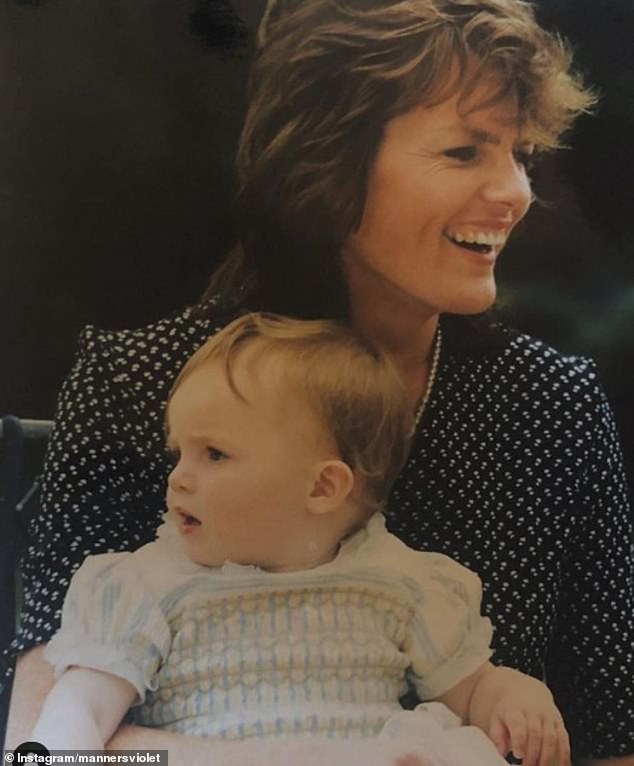 The mother-of-five confessed she sometimes felt ill-equipped to handle the estate at the beginning, she insisted that her upbringing helped her ‘enormously’ for the life she’s lived

Belvoir Castle has formed the backdrop for scenes in Young Victoria in 2007, The Da Vinci Code and The Crown – where Matt Smith and Claire Foy filmed in one of the opulent rooms, which stood in for Windsor Castle.

The 356 room castle is themed around classic opulence dating back to the 1700s when it was first restored, with the bedrooms boasting four poster beds, rich tapestries, fur rugs and fireplaces.

And the opulent interiors don’t stop there, with bathrooms featuring marble tops, dressing tables, intricate wallpaper and the modern touch of his and hers sinks.

Dinner parties are fit for a king, taking place at tables stretching across a whole hall, surrounded by fireplaces, candelabras and giant portraits of ancestors.

A grand library, complete with oriental carpets and chandeliers is described in one previous social media post by Emma as her ‘favourite afternoon spot’.