As Emma Slater and Trevor Donovan’s Dancing With the Stars journey continues, the duo are opening up to Us Weekly about their “trust-based” bond.

Emma Slater and Trevor Donovan on Their Connection and More

“We approach [each dance] similarly — we approach it as a story and that really helps me when she starts explaining to me the dance in a story form, that we’re telling a story,” the actor, 43, told Us and other reporters after the Monday, October 3, episode, noting that the twosome have good “communication” skills. 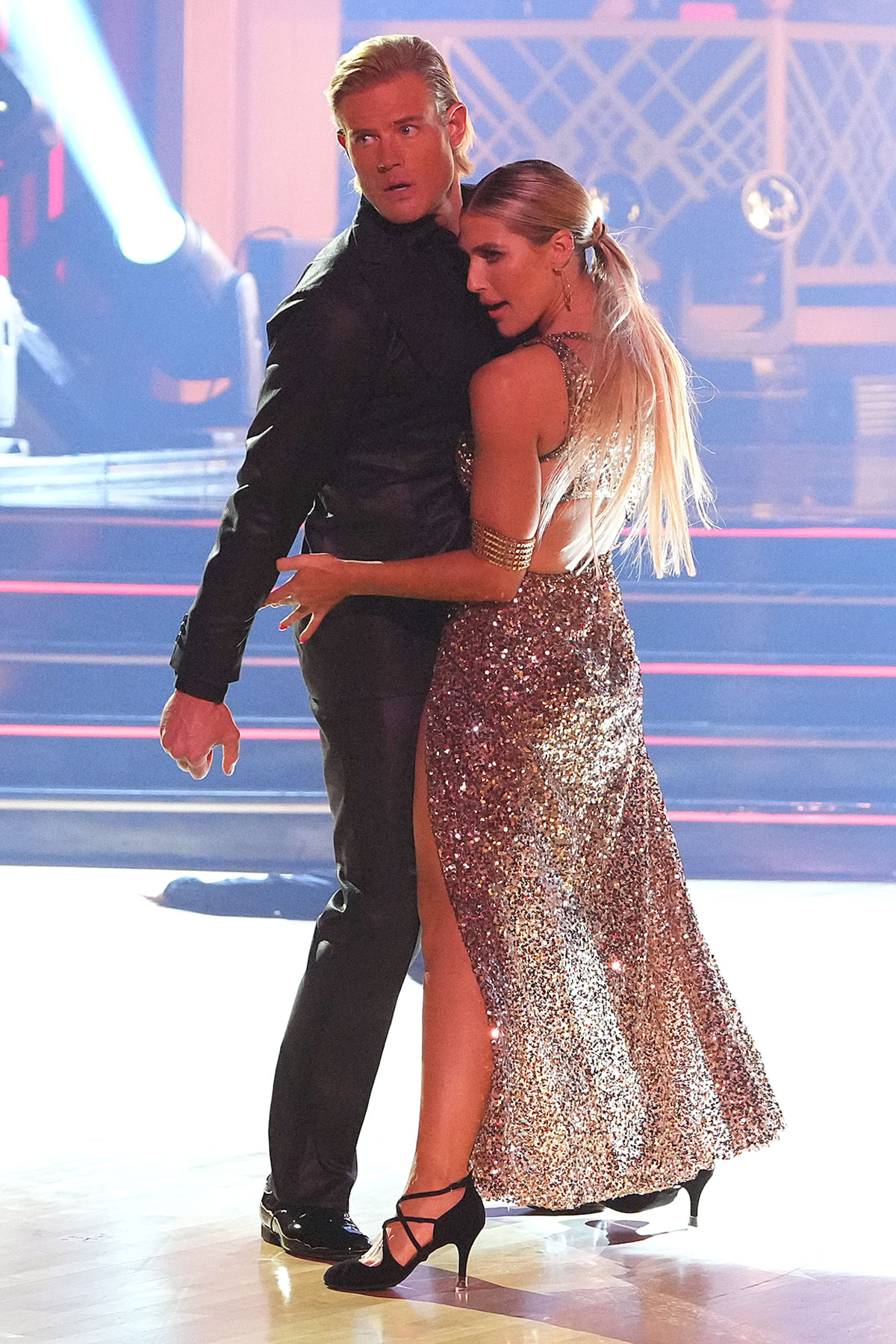 Donovan and Slater, 33, earned a 27 out of 40 for their tango to Chris Cornell’s “You Know My Name” on the James Bond-themed episode.

Every Time ‘DWTS’ Partners Have Defended Their Onstage Chemistry

“I’m really grateful that you come in every single day, and you don’t know exactly what I’m gonna throw you, but you just trust me anyway,” the professional dancer said. “And I’m always gonna be there for him to give him the best advice — even if it’s like, ‘You know what? That move isn’t for us. We’re not gonna do that.’ Which I haven’t done that yet, but I like to give him the truth and tell him the truth and critique him where he needs it, and then build him up and give him encouragement where he needs it because that’s definitely a big part for him. Because he needs to believe that he could do it. And he really can.” 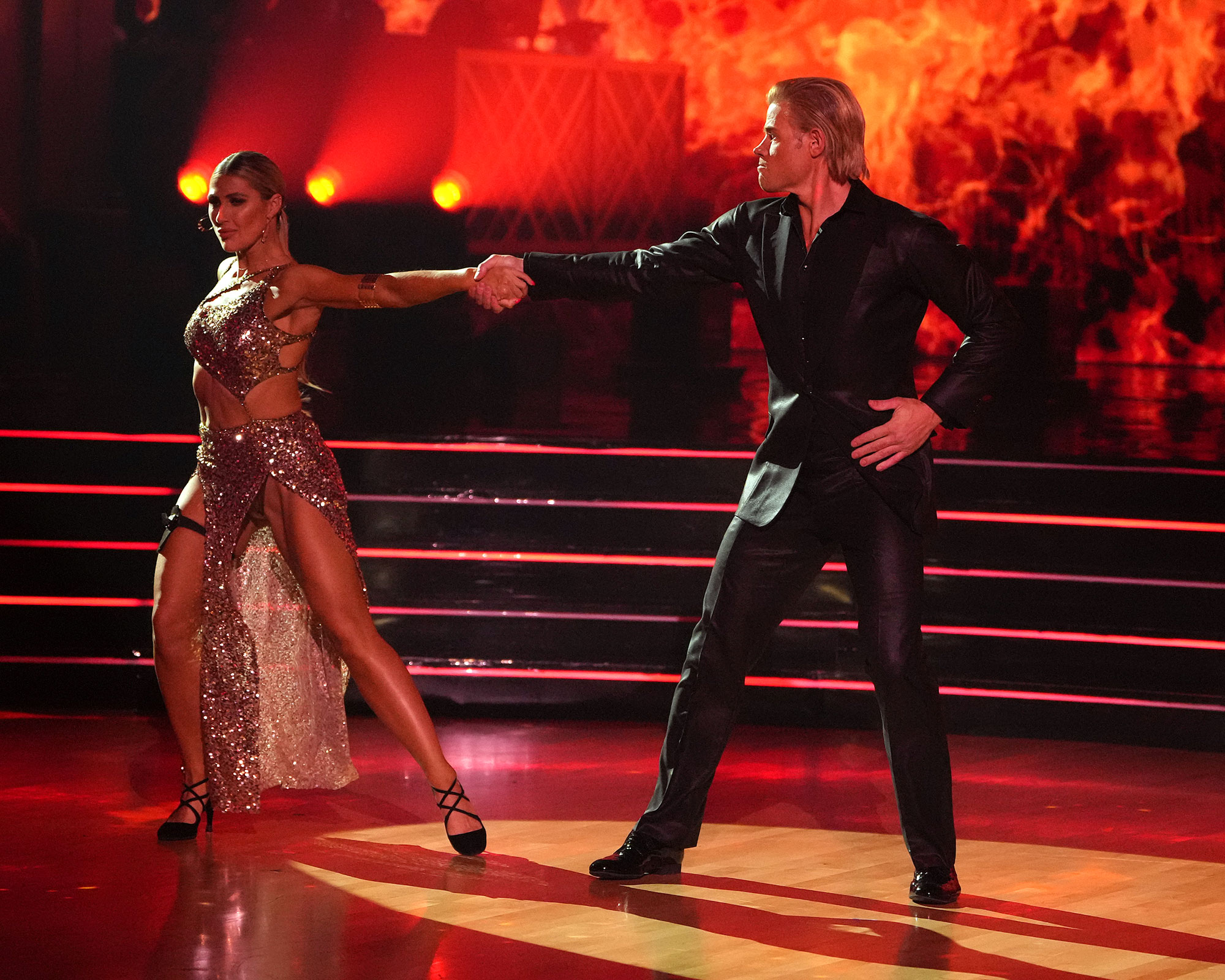 “And then going back to the trust thing,” Donovan added. “I know she’s not gonna let me go and go out there doing something wrong — or fine. She sets the bar high, and she expects it. And I appreciate that because I didn’t come here to half-ass it.”

While the pair scored higher during Elvis night on September 26, Derek Hough called the 90210 alum the “dark horse” of the season during Monday’s episode.

“I love it. That’s my feeling too because I came in this with no expectation, just wanted to challenge myself to do it,” Donovan told reporters. “And I feel like things are coming together and I feel like I got a good shot.”

Slater agreed, adding that it’s “so easy” for her to be herself with Donovan.
“We have a very familiar and light chemistry. It’s a fun thing. It can show up as passion on the dance floor, but we’re just having fun,” he explained. “We have fun every day we rehearse even when she’s about to explode because I’m doing things wrong that I used to do right. But it’s the levity and the lightness of our friendship and stuff, I think, that really translates to the dance. So we’re just 100 percent comfortable with each other.”

Dancing With the Stars airs on Disney+ at 8 p.m. ET. For more from Slater and Donovan, watch the video above.