What we need now is good music. Thankfully, Country star Easton Corbin’s ‘Didn’t Miss A Beat’ is here and he tells HL EXCLUSIVELY why he felt now was the time to drop this new release.

“Right now more than ever, it’s incredibly important to be a part of something that people are looking forward to,” Easton Corbin tells HollywoodLife. The Florida-born, Nashville based country music star just put out his new project, Didn’t Miss A Beat. The six-track collection – including “Back To Me,” “Old Lovers Don’t Make Good Friends,” and the title track – arrived at the tail end of a most unusual year. While 2020 hasn’t been completely devoid of music, many records were delayed due to the COVID-19 outbreak, while some highly anticipated records – Kendrick Lamar, Frank Ocean, Adele – failed to materialize. Easton realized that he’d do more good by releasing Didn’t Miss A Beat now instead of waiting until he could capitalize on its release with a national tour.

“Everywhere you turn, something negative is happening,” he tells HollywoodLife. “I wanted to get inside my little bubble and create music specifically for the fans. I’m fortunate to be in a place where I had enough music lined up to not have to dig too deep to find some songs that I was ready to share with the world.” 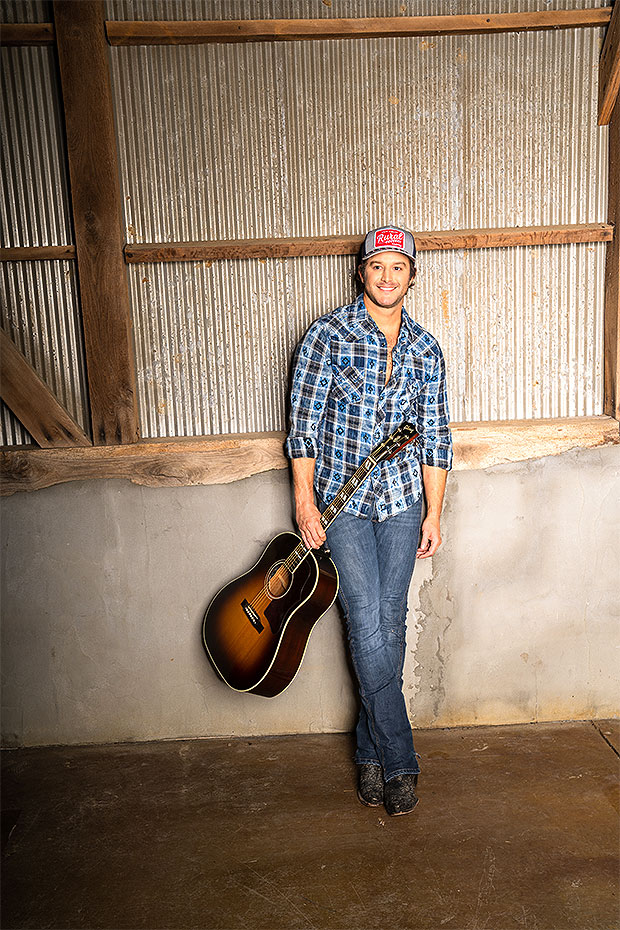 Easton didn’t just share a new EP with his fans. He also released a music video for the title track. It’s unlike most music videos shot in the COVID era, of musicians finding creative ways to film a visual while adhering to proper CDC guidelines safely. Many of these 2020 videos are solo shots, low-key DIY guerilla-style shots that capture an odd and bleak moment in time. “Didn’t Miss A Beat” bucks the trend. There’s a general richness in the visual, from start to finish.

“It was good,” Easton tells HL about shooting the video. “We kinda just did a ‘run-and-gun’ deal. It was actually a lot of fun. It was at a buddy of mine’s house — he has a farm out in the south of Nashville. We filmed some here [Nashville] and filmed the rest over there, a little vineyard in Nashville. It was a lot of fun.” Easton, when describing the process, said he and his crew “did it full-fledged” to tell the “whole storyline” they constructed for the video.

Easton’s fans heard the song live – sorta – when he returned to NBC’s Today show at the start of September. The pre-taped performance may be the only time that some of Easton’s fans got to see him on stage, so he made it count. “It was a great opportunity to be on the Today show,” says Easton. “It’s crazy, when you usually do stuff like that, you fly to New York. You’re up at the studio at four o’clock [AM] in the green room. With all the COVID stuff, we actually filmed it in Nashville at a rehearsal hall, which is kind of nice because you kind of take a time, and present it how your want to present it.”

Still, even Easton admitted that something important has been missing with every live music put on hold. He said that the reaction to “Didn’t Miss A Beat” was good, but “the way I gauge is my show, and how my people react to it [live].” He adds that while the response to the song has been great, he “missed that opportunity to see it live out there and see it grow.”