HUNGRY diners can now use an interactive map to find the 83,000 restaurants taking part in the Eat Out to Help Out scheme.

As part of the government's scheme, Brits can get 50 per cent off meals and non-alcoholic drinks, up to £10 a head, throughout August. 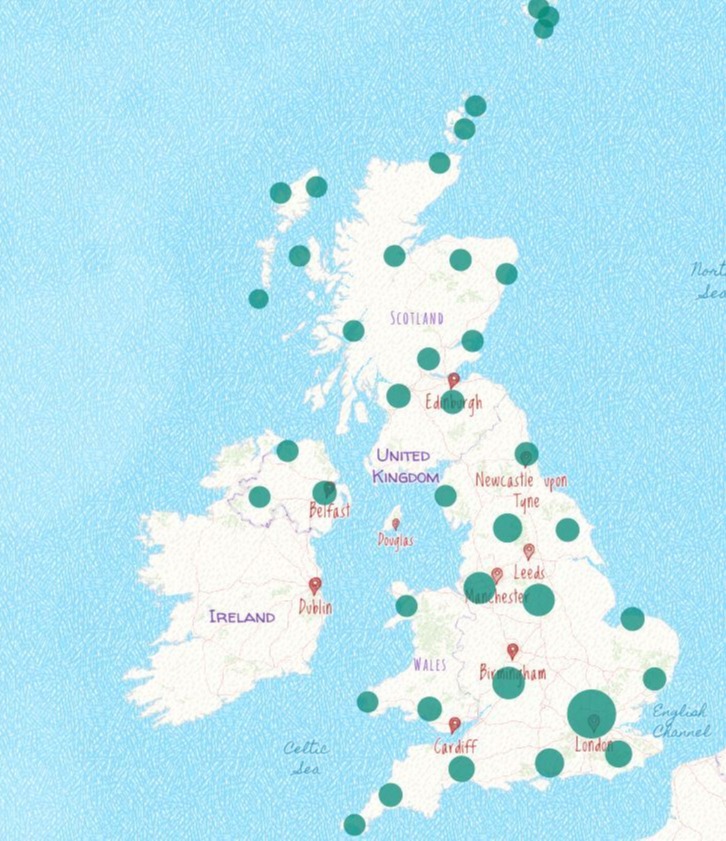 To help you find your nearest restaurant or pub taking part, mapping and analytics company Esri UK has created an interactive tool.

Simply enter your postcode and choose how far you're willing to travel, and it'll then bring up your options.

When The Sun used the tool today, it brought up several big-name brands that have confirmed to be taking part in the scheme, including KFC and Subway.

Alternatively, you can click on where you're based on the map to find your nearest options. 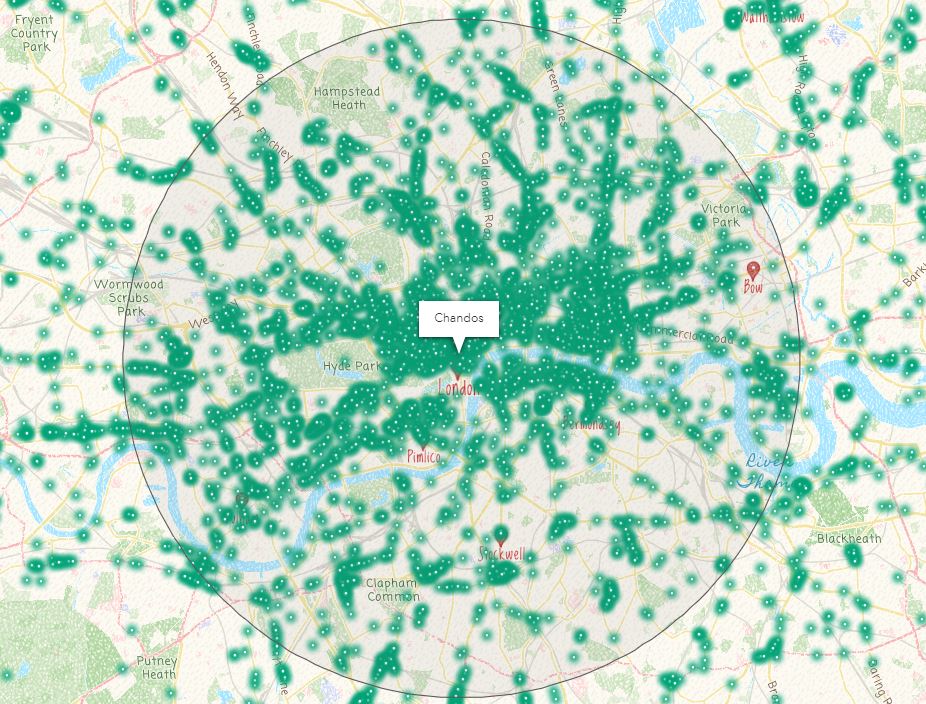 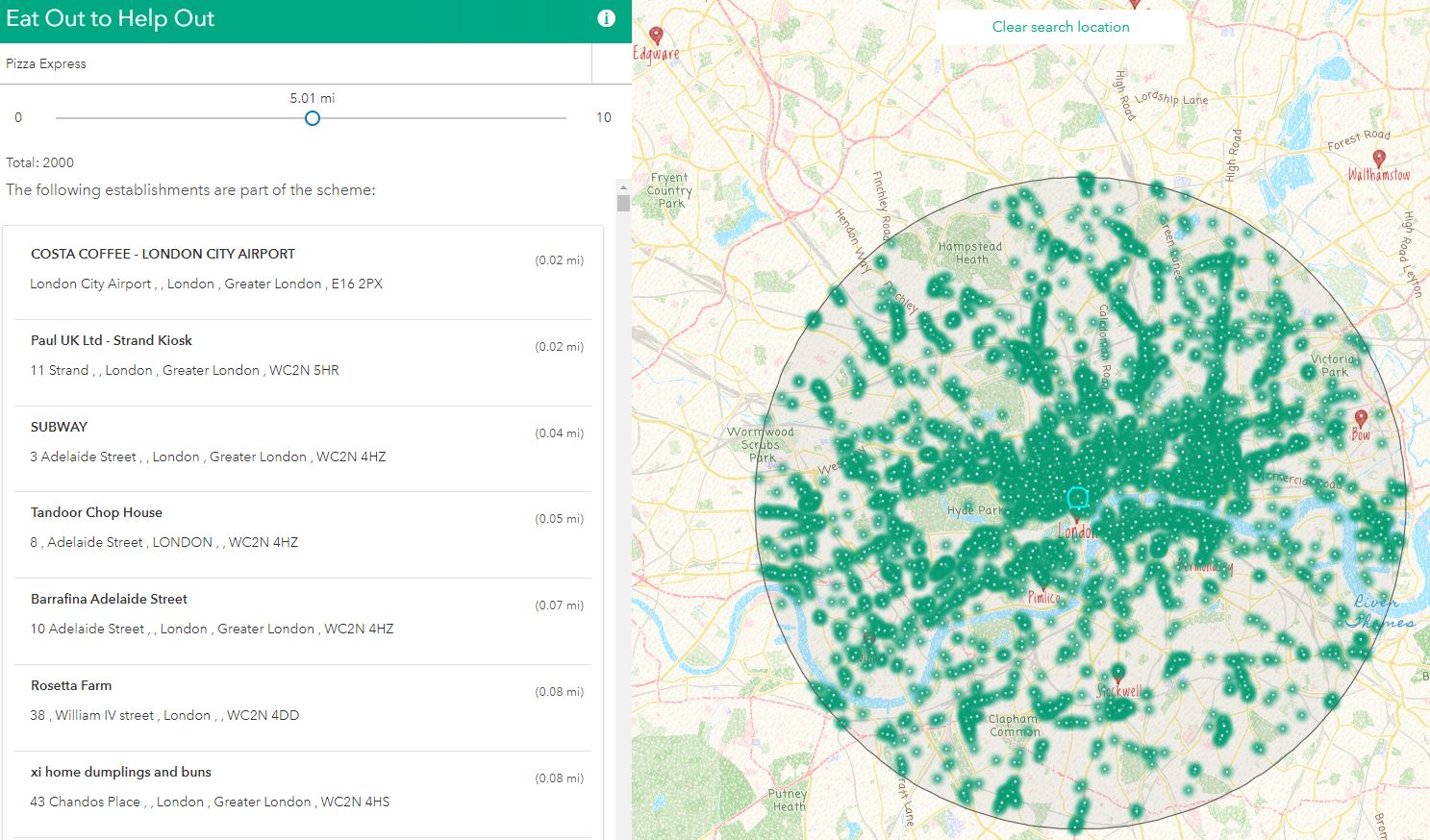 How will the Eat Out to Help Out scheme work?

THE government will cover half of the cost of a meal out, up to £10 a head, including children's meals.

There is no limit to the number of times you can use the discount, so in theory you can get half price meals on every Monday, Tuesday and Wednesday in August.

Businesses will need to register with the scheme on Gov.ukbefore being able to offer the discount, as well as be Food Standards Agency approved.

Instead of issuing discount vouchers – which the government felt increased the risk of fraud – restaurants, cafes and pubs will be able to claim back the cash.

The refund will then been transferred into restaurants, cafes and pubs' bank accounts within five working days.

The Sun has asked Esri whether every single registered restaurant will be available on the map, and we'll update this article once we hear back.

The tool is separate to the official government Eat Out to Help Out postcode checker, which shows venues up to five miles away from where you are.

Two tech entrepreneurs in Manchester have also created a new app which flags up places with the Eat Out to Help Out discount.

Eat Out to Help Out started last week on August 3 and will run until August 31, with the discount applying on Mondays, Tuesdays and Wednesdays.

Figures from HMRC showed 10.5million claims were made in the first three days of the scheme last week, with diners getting £53.7million off their food – an average of £5 per head.

First reported by The Sun, Chancellor Rishi Sunak told us the figures were “amazing” and “proof his plan for jobs is delivering.”

He added: “Britons are eating out to help out in big numbers.

"And they aren’t just getting a great deal – they’re supporting the almost two million people employed in this sector.

Four in five hospitality firms had to stop trading in April and 1.4million pub and restaurant workers are furloughed – the highest proportions of any sector.

But now OpenTable – which lets people book their dinners online – say they have had a ten per cent jump in reservations compared with the same day last year, even though the sector has been badly hit.

The Sun has rounded up all the pubs and restaurant chains taking part so far.

Plus, here are the Eat Out to Help Out posters to look out for in restaurants to get 50 per cent off.

Before you pop to the restaurant, you should be aware of these 13 Eat Out to Help Out rules.