ENERGY bills will be capped at £3,000 from April next year,Chancellor Jeremy Hunt has announced.

The change will come into place when the current £2,500 Energy Price Guarantee (EPG) ends. 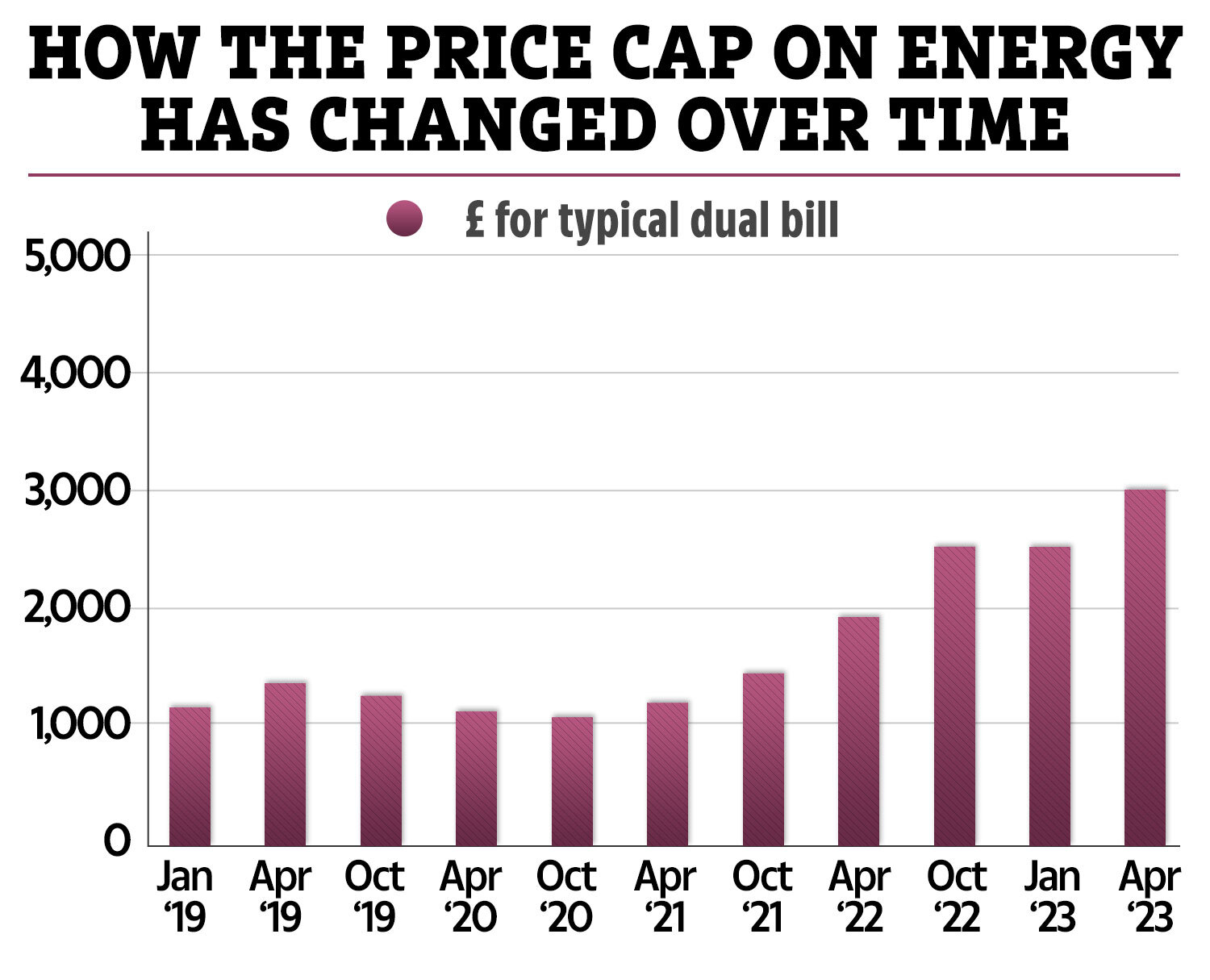 Energy bills were initially set to be frozen at £2,500 for the typical household for two years but the Chancellor announced last month that it would only be in place for six months.

Today, as part of the Autumn Budget, Mr Hunt announced that the new £3,000 limit will replace it in April 2023.

It will be in place until next year.

Mr Hunt said: "From April, we will continue the Energy Price Guarantee for a further 12 months at a higher level of £3,000 per year for the average household. 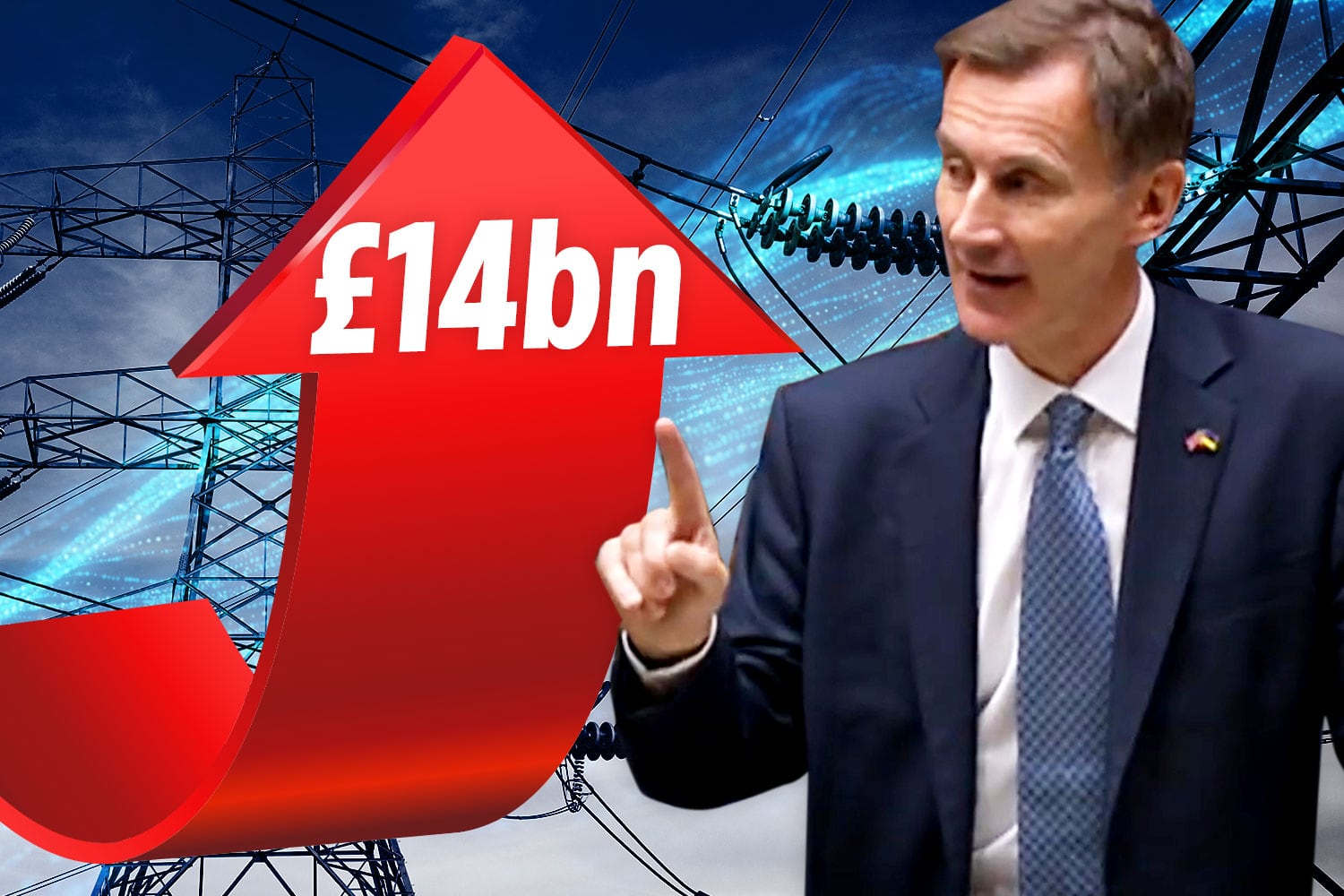 Energy firms to be hit by extra windfall tax, Hunt announces in the Budget

"With prices forecast to remain elevated through next year, this will still mean an average of £500 support for every household."

The new guarantee will see the average household pay above the current £2,500 but less than regulator Ofgem’s cap of £4,000.

It sees the Government limit the price suppliers can charge customers for units of gas, and replaces the price cap set by Ofgem. 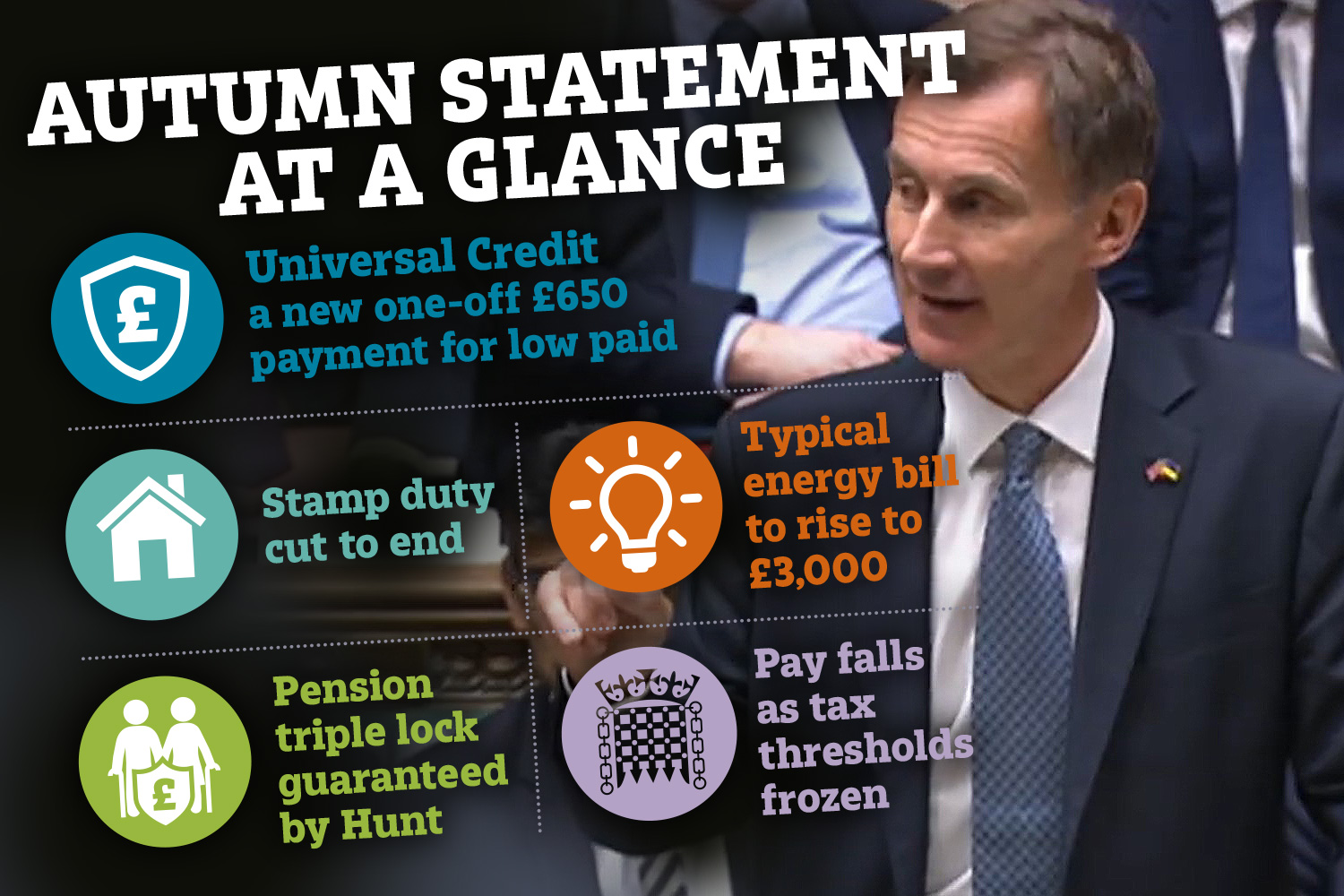 Millions of households get up to £1,350 cost of living help, Hunt says 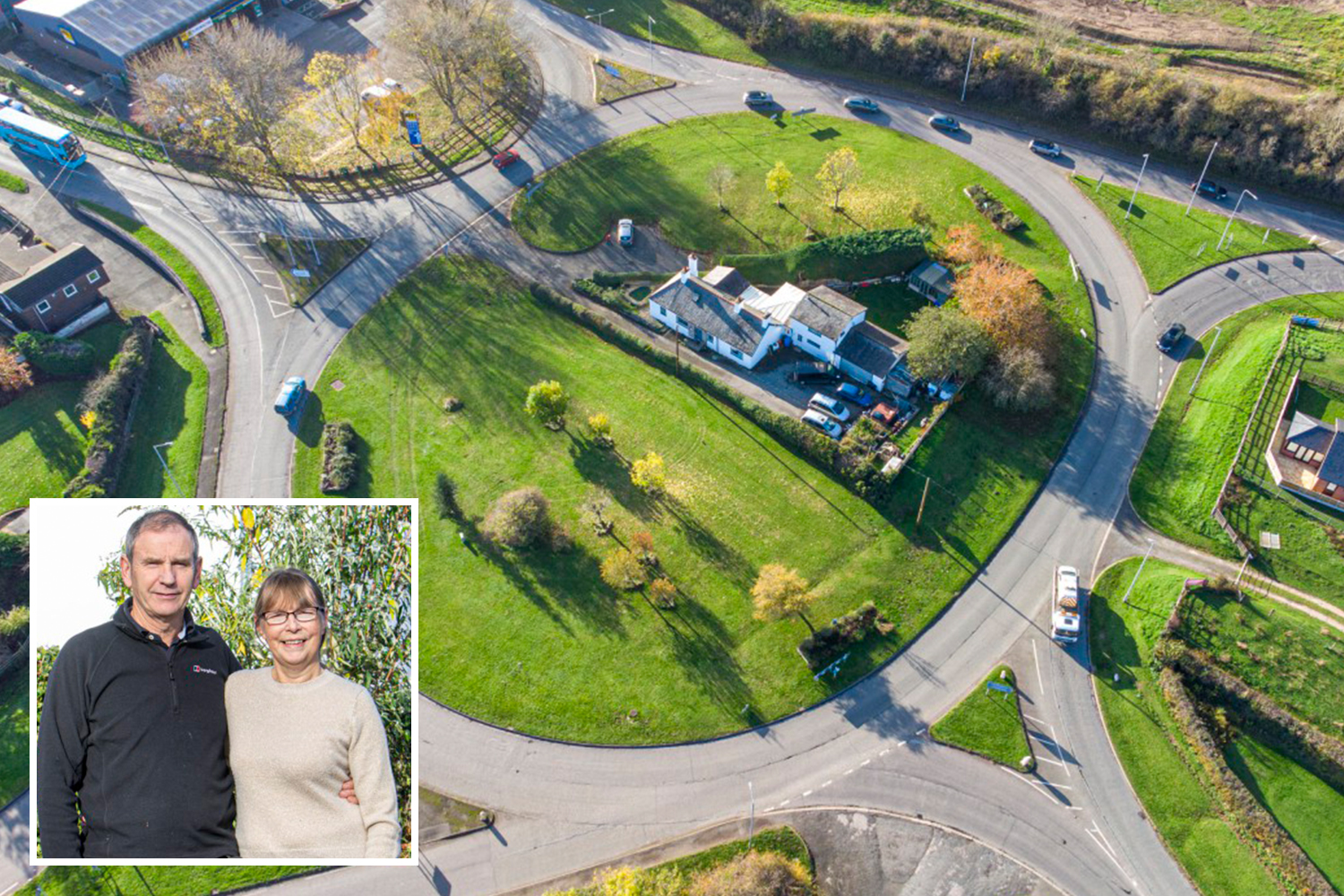 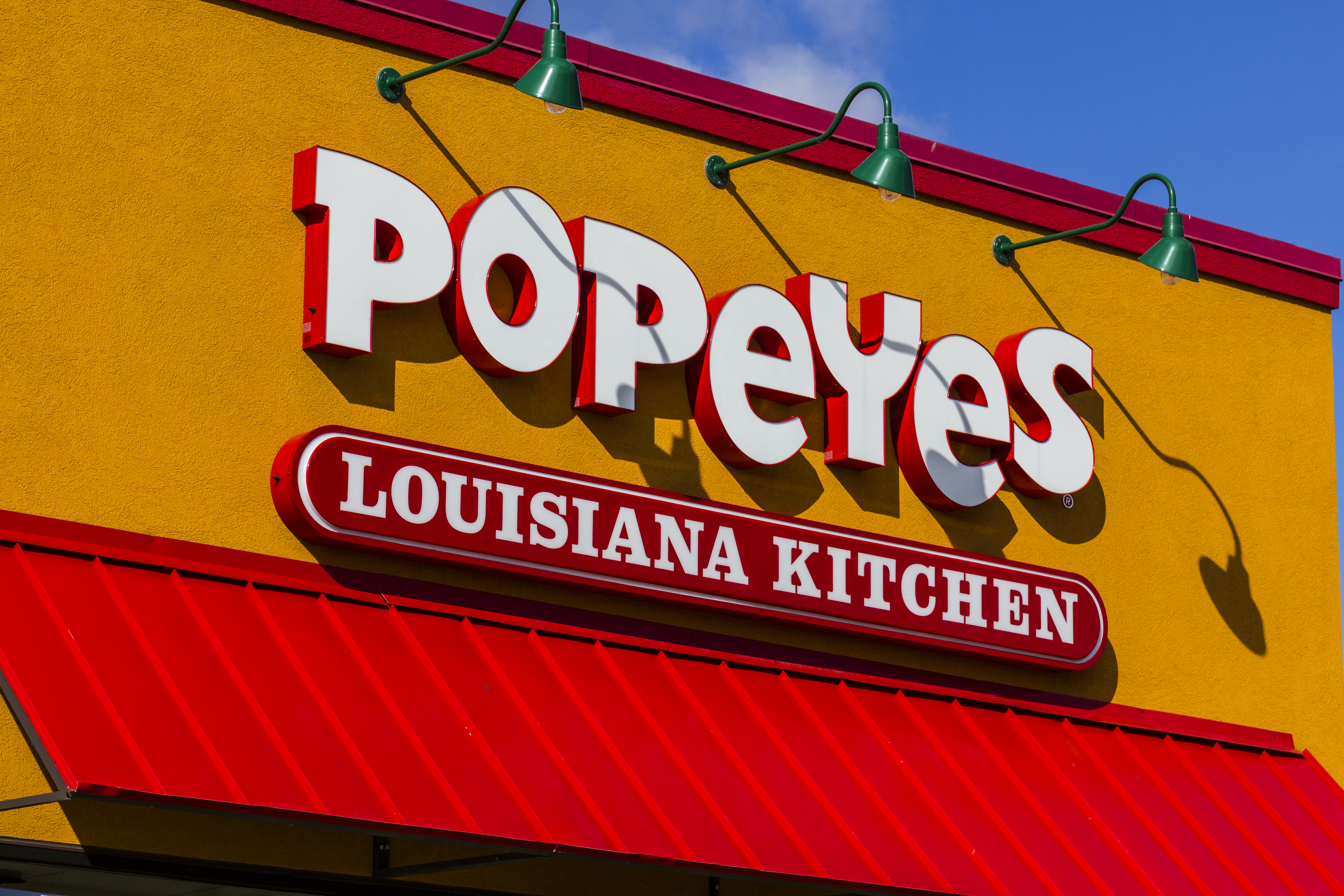 But, you pay for how much energy you use, so your bill could be higher than £3,000 a year.

The news comes following fresh forecasts last week by energy analysts at Cornwall Insight who predicted that a typical yearly bill will cost £3,702 from April 2023 if the guarantee ended.

This is £600 less than was predicted last month.

Below, we explain more about what the EPG means for you, and how much you might expect to pay depending on the type of home you live in until April next year.

What is the energy price cap?

The energy price cap sets a limit on the unit price and standing charge that companies can bill their customers.

The cap is based on wholesale prices over a six-month period.

But the EPG replaces this – and at the moment bills are frozen at £2,500 for the typical household until April.

It only means firms will be limited in what they charge customers.

You pay for how much energy you use, so your bill could be higher than £3,000 a year.

The price cap affects millions of people on default or standard tariffs offered by the country's energy providers, according to Ofgem estimations.

An increasing number of energy users are on the price cap as there are limited fixed deals left on the market.

The price cap was originally set up in January 2019 by Ofgem, in a bid to limit how much providers can charge on default energy bills to spare Brits from being unfairly charged.

It has soared to eye-watering heights this year due to the energy crisis.