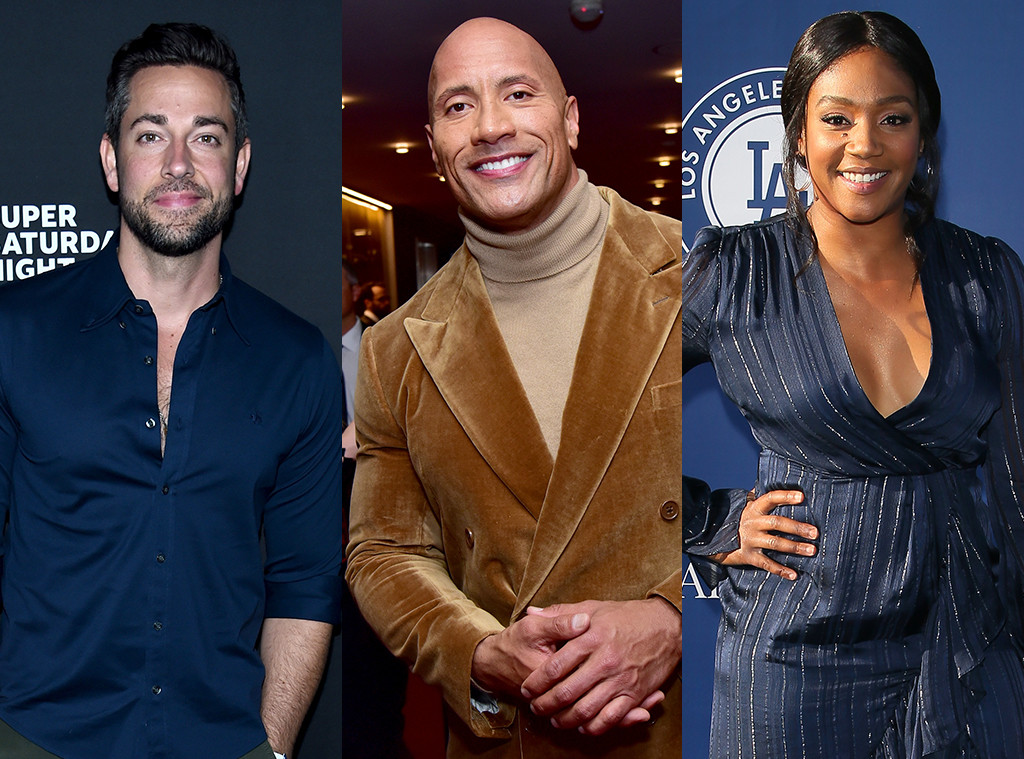 Zachary Levi will host this year’s event from the Barker Hangar in Santa Monica, Calif. on Monday, June 17. The Shazam! star won’t be the only celebrity to grace the stage. Melissa McCarthy, Tiffany Haddish and Kumail Nanjiani are just a few of the stars set to present the trophies. In addition, Lizzo and Bazzi will perform.

While fans won’t know who most of the winners are until the big night, MTV has already announced two of the honorees. Jada Pinkett Smith will receive the Trailblazer Award, and Dwayne Johnson will receive the Generation Award.

To see who else has hosted the award show—and where they are now—check out the gallery below.

Fans can catch all the action this Monday night starting at 9:00 p.m. ET/PT on MTV. 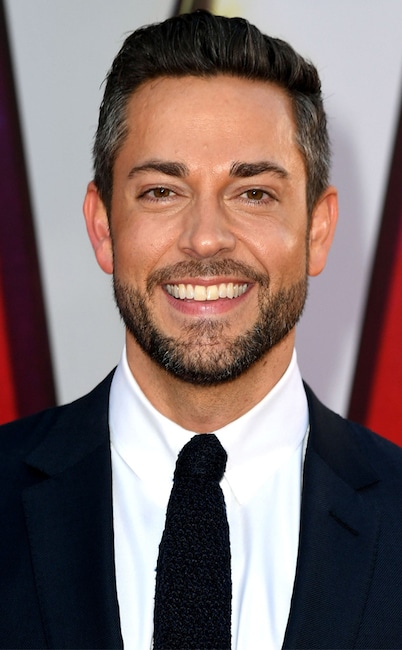 The Shazam! star will host the big award show from the Barker Hangar in Santa Monica, Calif. on Monday, June 17. 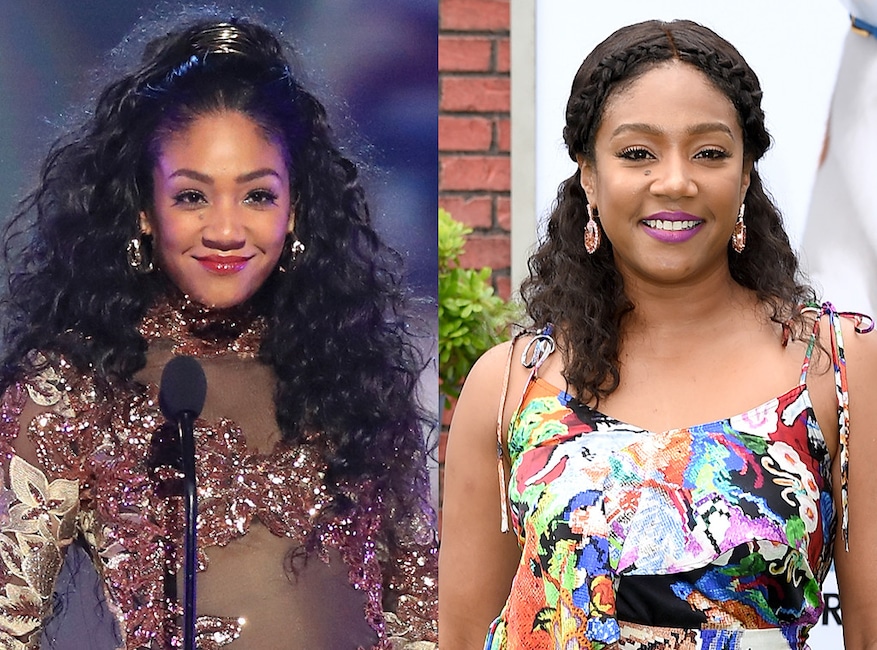 Tiffany Haddish hosted the 2018 MTV Movie & TV Awards. It’s been a busy year for the Girls Trip star. She’s appeared on The Last O.G., starred in Night School and provided the voice of Daisy in The Secret Life of Pets 2. 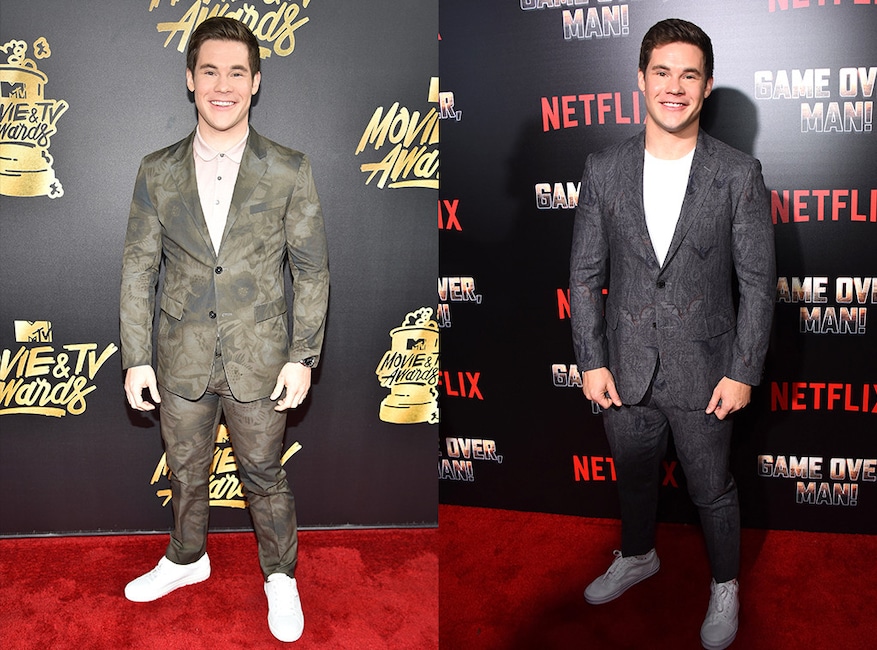 Adam DeVine hosted the award show in 2017, where he performed a memorable Beauty and the Beast number. Since then, he’s starred in two Netflix movies, When We First Met and Game Over, Man!, as well as the romantic comedy Isn’t It Romantic. 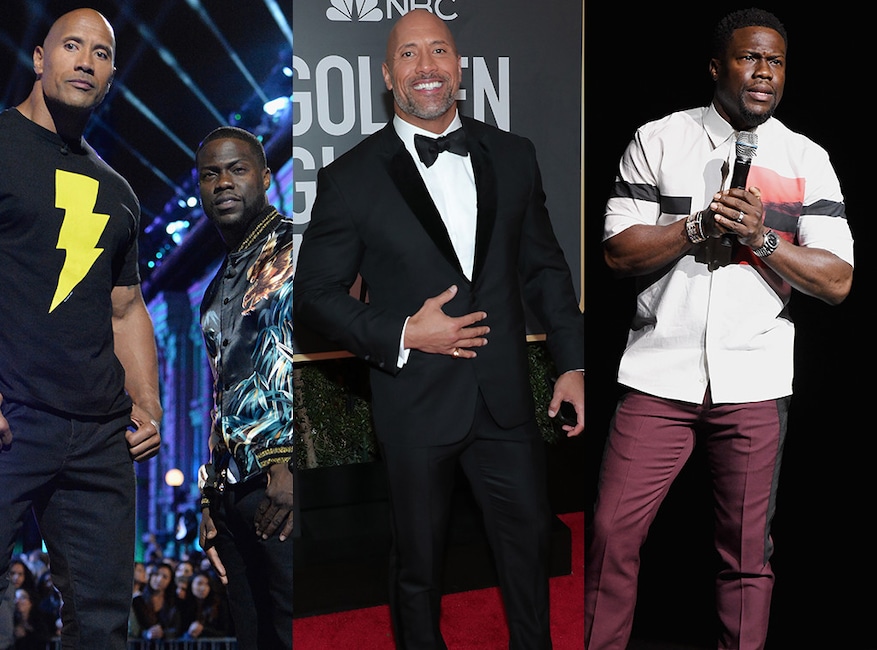 Both Dwayne “The Rock” Johnson and Kevin Hart hosted the award show in 2016. Since then, Johnson has starred in Moana, Baywatch, Jumanji: Welcome to the Jungle and more. He’s also currently working on Jungle Cruise and Hobbs & Shaw. In addition, he welcomed a baby girl with Lauren Hashian in 2018. As for Hart, he was also in Jumanji, as well as Night School and The Secret Life of Pets (the original and the sequel). In addition, Hart and his wife Eniko welcomed a baby boy in 2017. 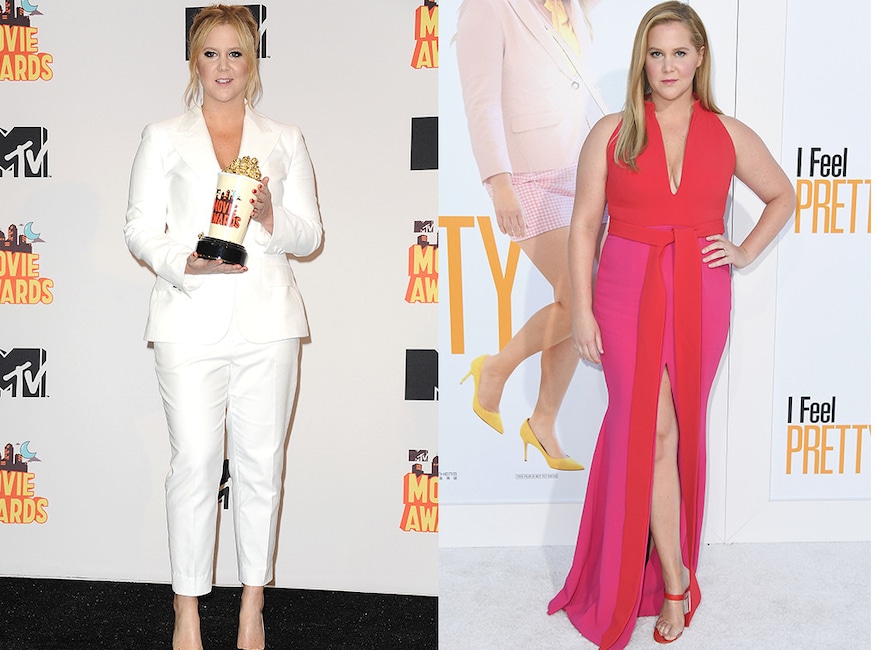 Amy Schumer served as emcee in 2015. Since then, she’s starred in Trainwreck, Snatched and I Feel Pretty. She also tied the knot with Chris Fischer in a surprise wedding in 2018 and welcomed their first child in May 2019. 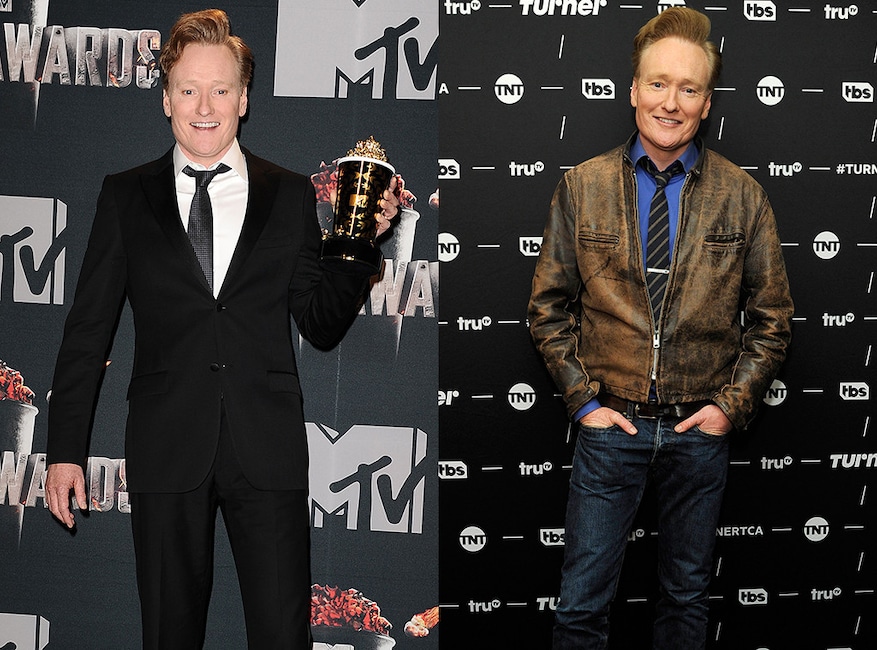 Conan O’Brien served as emcee in 2014. He’s since continued to host his late-night TV show Conan on TBS. 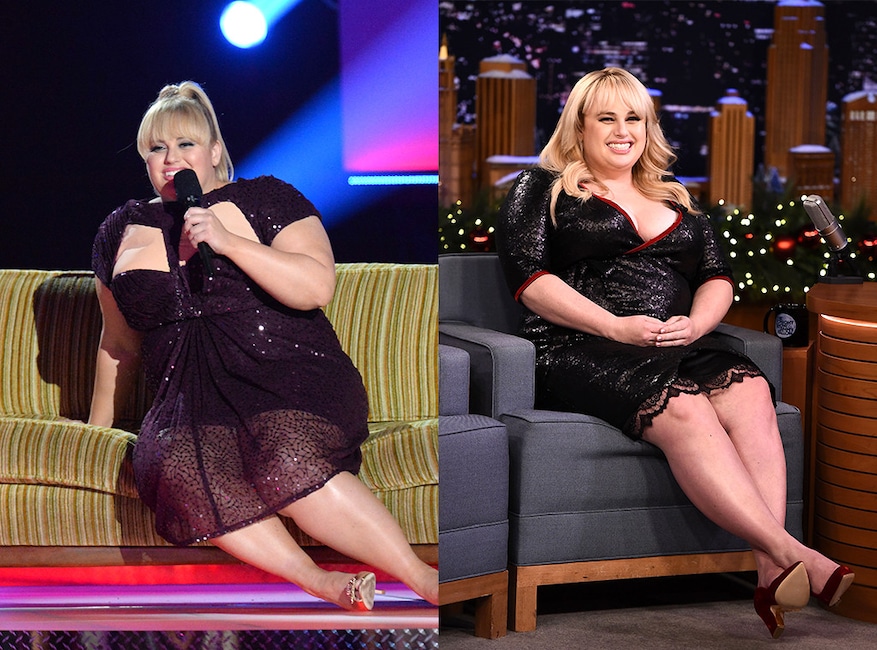 After hosting the 2013 MTV Movie Awards, Rebel Wilson starred in two more Pitch Perfect movies. She also appeared in the 2016 film How to Be Single and recently starred in and produced Isn’t It Romantic and The Hustle. 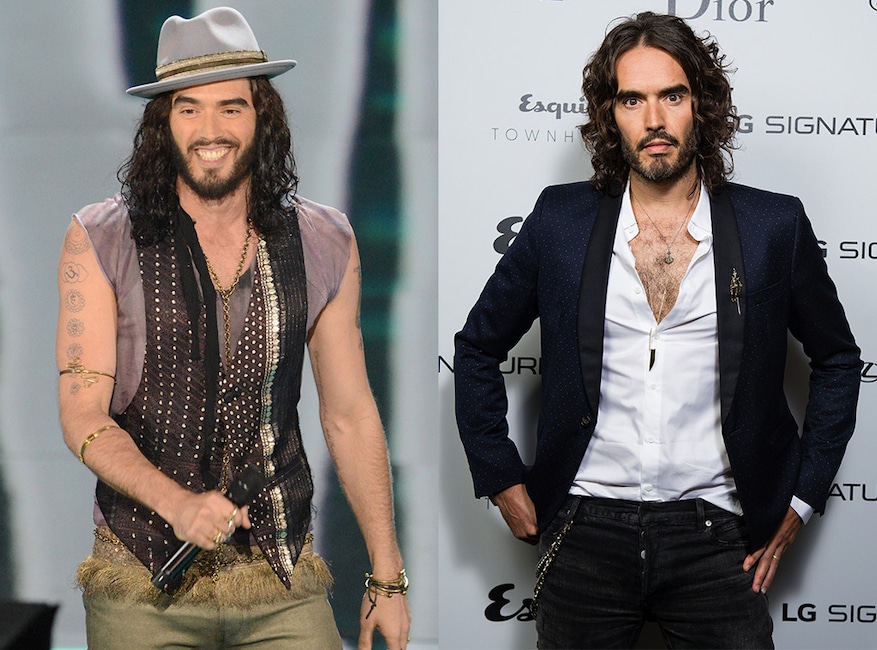 Since hosting the award show in 2012, Russell Brand has become a dad. He welcomed a child with Laura Gallacher in 2016. The two married in 2017. He also did the voice of Dr. Nefario in the Despicable Me movies and appeared in The Fight. 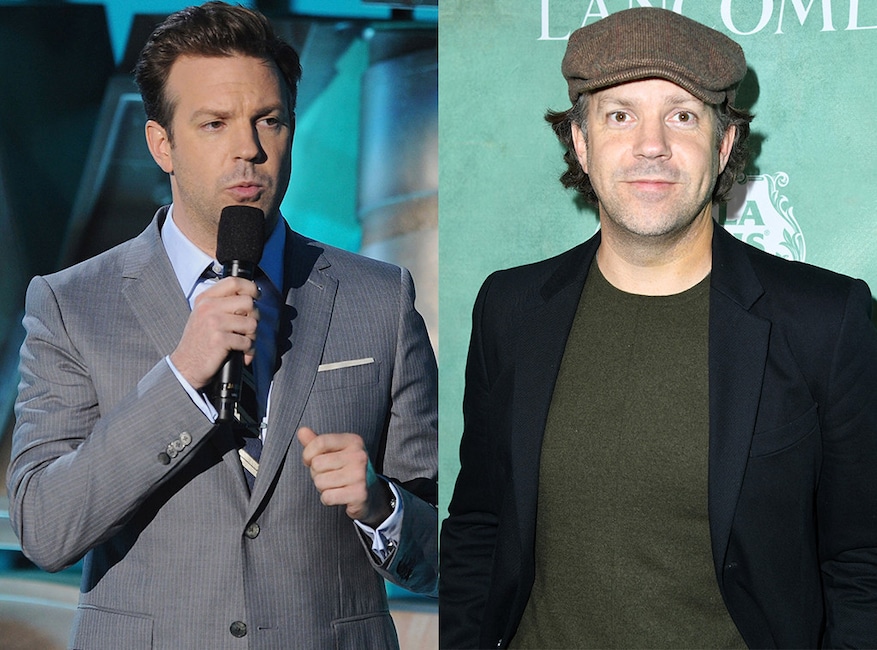 After Jason Sudeikis hosted the 2011 award show, he starred in Horrible Bosses, The Campaign, We’re the Millers and Horrible Bosses 2. He also did the voice of Red in The Angry Birds Movie, appeared in Downsizing and had a role in Olivia Wilde‘s directorial debut Booksmart. 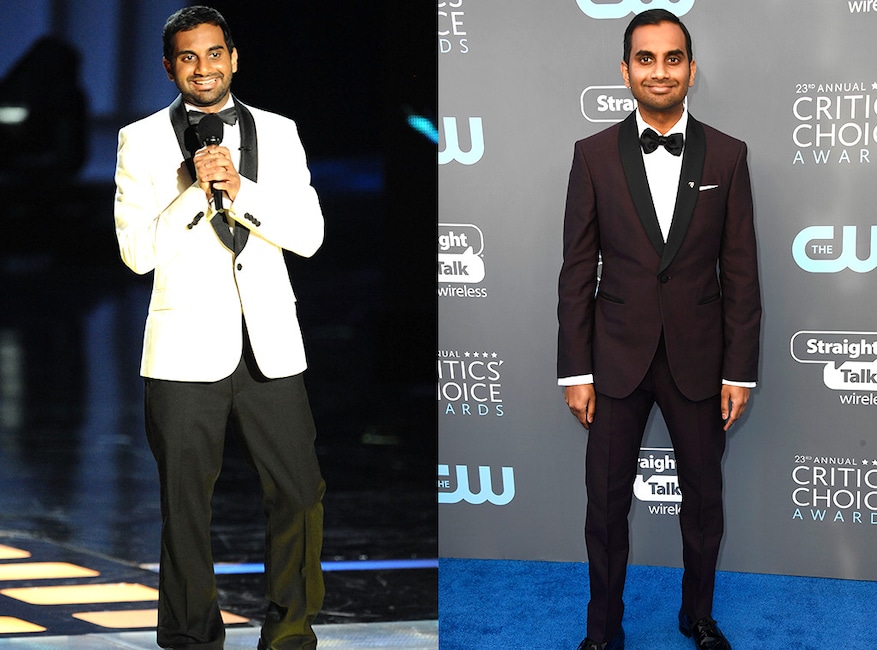 Aziz Ansari hosted the award show in 2010. He continued to star in Parks and Recreation until 2015. That year, he created and starred in Masters of None. In 2018, the actor was accused of sexual misconduct. In a statement, he said “all indications [of sexual activity with the accuser were] completely consensual.” So when he learned the accuser “felt uncomfortable” he was “surprised” and “concerned” and responded privately. 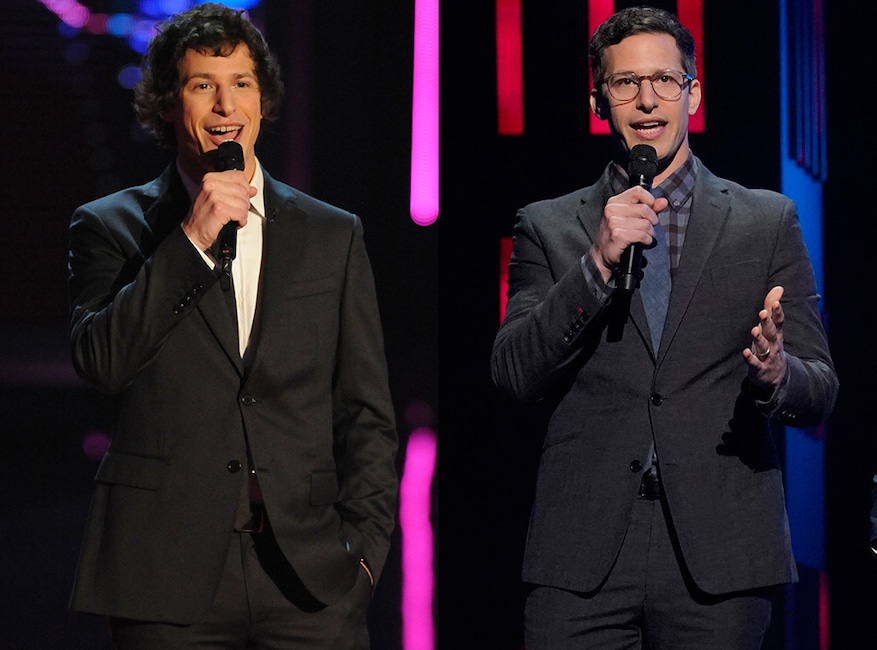 In 2009, Andy Samberg hosted the big show. He’s since gone on to star in Brooklyn Nine-Nine. He also appeared in movies like Hotel Transylvania and That’s My Boy. In addition, Samberg married Joanna Newsom in 2013. The couple welcomed a child in 2017. 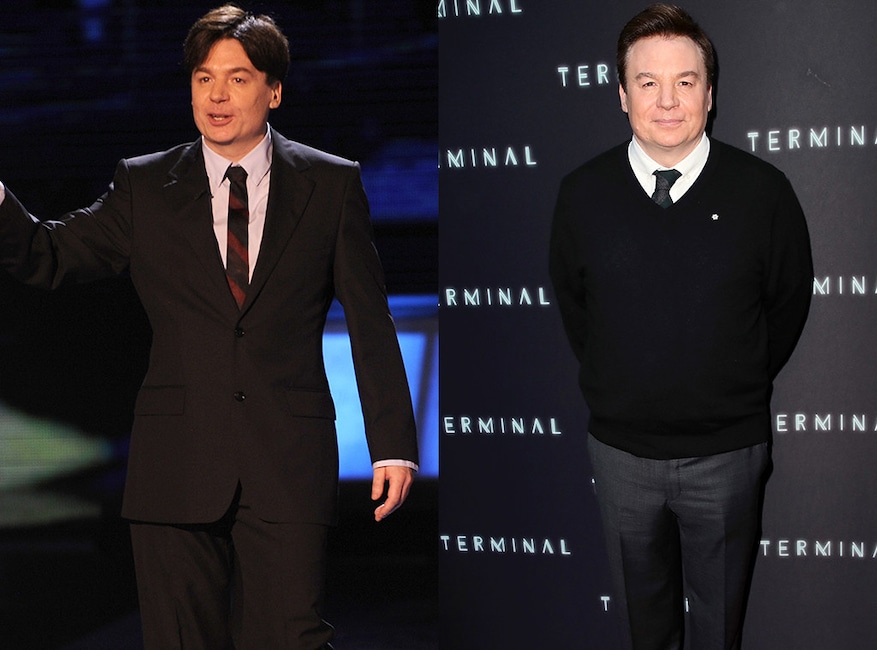 Mike Myers handled the hosting duties for a second time in 2008. Two years later, he did the voiceover for Shrek in Shrek Forever After. The Austin Powers and Saturday Night Live star also hosted The Gong Show and appeared in Bohemian Rhapsody. 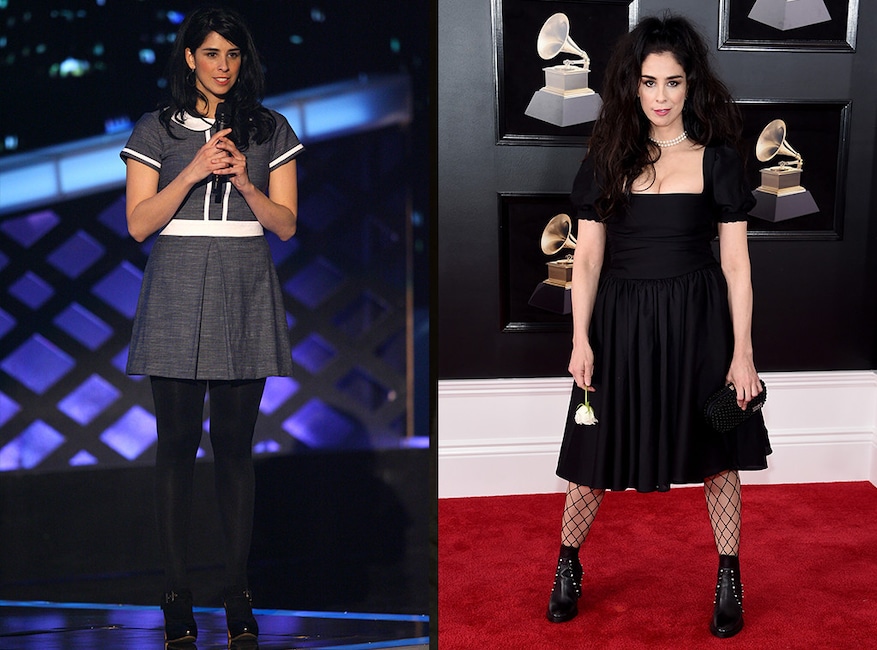 After hosting the 2007 MTV Movie Awards, Sarah Silverman continued doing The Sarah Silverman Program until 2010. She later appeared in movies like School of Rock, A Million Ways to Die in the West and Wreck-It Ralph. She’s also worked on TV shows, including Bob’s Burgers and Masters of Sex, and released a special on Netflix. 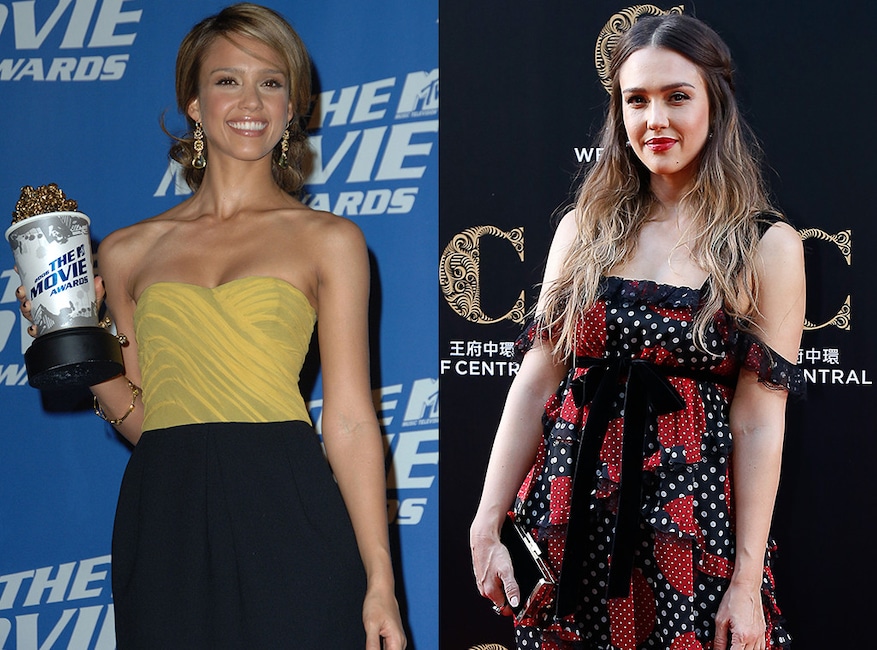 A lot has changed since Jessica Alba hosted the 2006 MTV Movie Awards. The actress appeared in Fantastic 4: Rise of the Silver Surfer, as well as Machete, Little Fockers and Spy Kids: All the Time in the World. Then, in 2011, Alba launched The Honest Company. She is also now married and has three children. 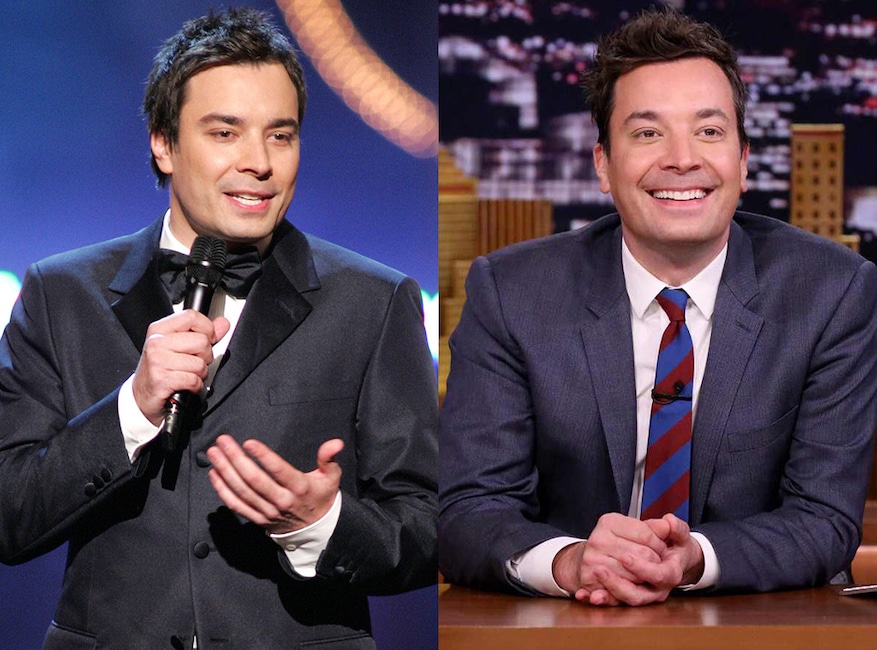 After starring in Fever Pitch, Jimmy Fallon hosted the 2005 MTV Movie Awards. From 2009 to 2014, he hosted Late Night With Jimmy Fallon. After that, he took over The Tonight Show, which he still hosts today. 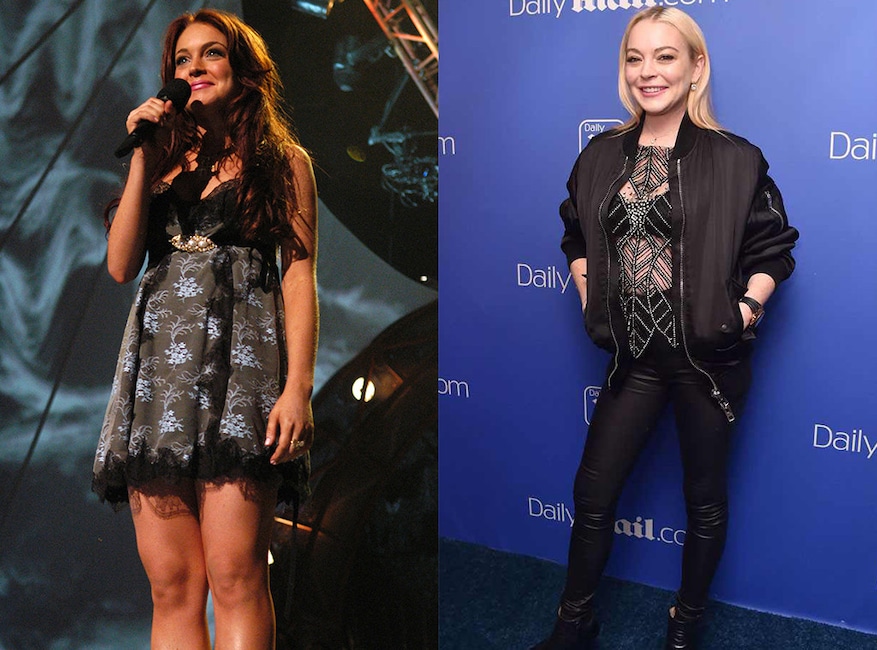 After hosting the 2004 award show, the Mean Girls star appeared in several films, including A Prairie Home Companion, Just My Luck and Machete. She also experienced some tough times, including a few arrests. Recently, she starred in Lindsay Lohan’s Beach Club and Sick Note. 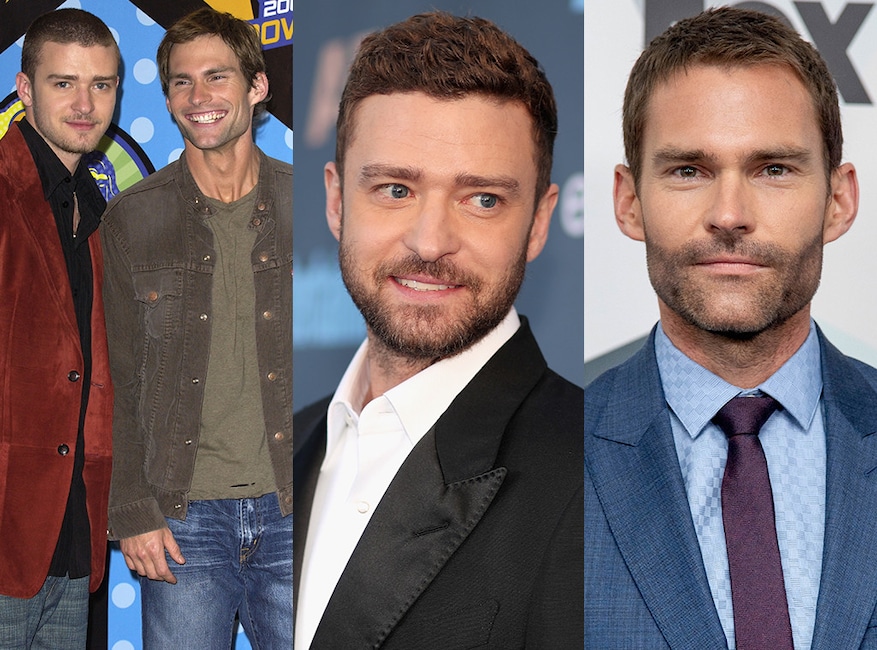 When Justin Timberlake hosted the 2003 MTV Movie Awards, he had already left ‘N SYNC and dropped his debut solo album Justified. He’s since performed at two Super Bowls and released several popular albums, including Man of the Woods, FutureSex/LoveSounds and The 20/20 Experience. He even broke into acting, appearing in The Social Network and Friends With Benefits. As for Seann William Scott, the American Pie actor starred in American Wedding after fulfilling his hosting duties. He then appeared in The Dukes of Hazzard, Role Models and the Ice Age films. In 2018, he appeared in Super Troopers 2. 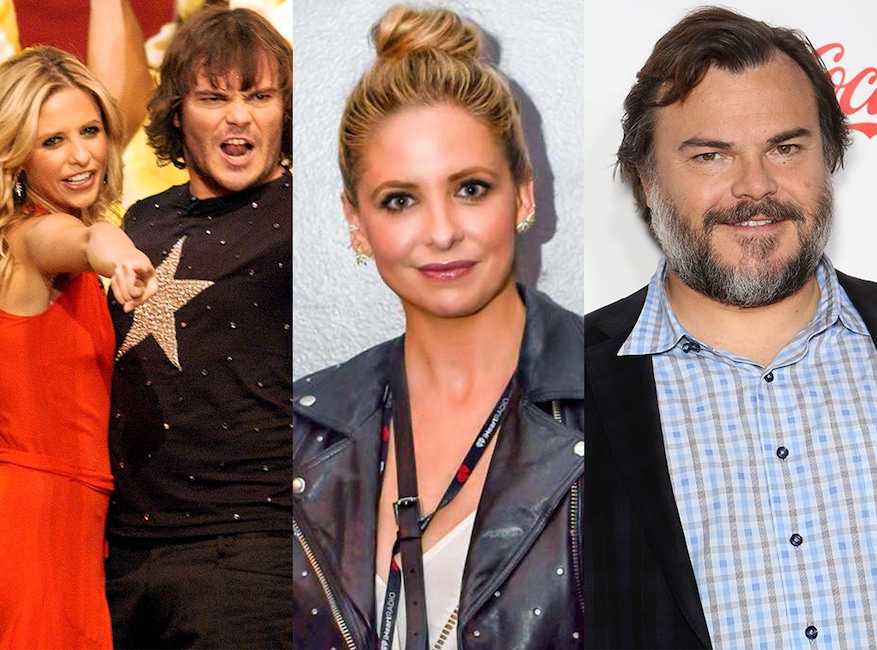 After hosting the 2002 MTV Movie Awards, the actress starred in the movie Scooby-Doo and married her I Know What You Did Last Summer co-star Freddie Prinze Jr. She then finished her series Buffy the Vampire Slayer in 2003 and went on to star in movies like Scooby-Doo 2: Monsters Unleashed, The Grudge and TMNT. Today, she stays busy raising her two kids and running her company Foodstirs. As for Jack Black, the actor appeared in several films after fulfilling his hosting duties, including School of Rock, King Kong, Nacho Libre, Tropic Thunder and Kung Fu Panda. He’s currently working on a new Jumanji movie and is married with two kids. 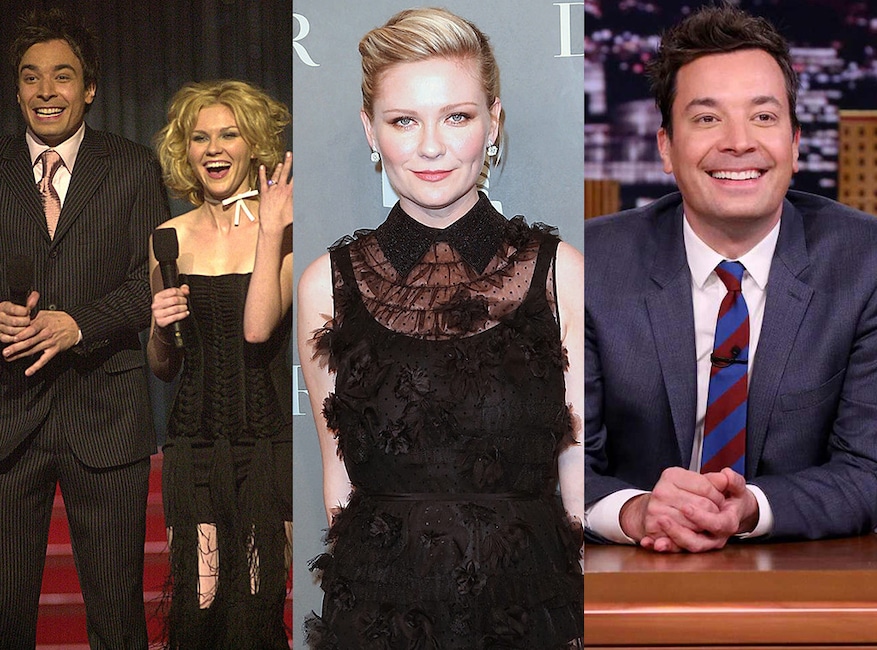 After hosting the 2001 MTV Movie Awards with Fallon, Kirsten Dunst starred in Lover’s Prayer and Spider-Man. She would go on to star in several more films, including Mona Lisa Smile, Elizabethtown, Marie Antoinette and two more Spider-Man movies. She’s also worked on TV shows like Black Mirror and Fargo. She recently appeared in Woodshock and On Becoming a God in Central Florida and is now the mother to a baby boy. 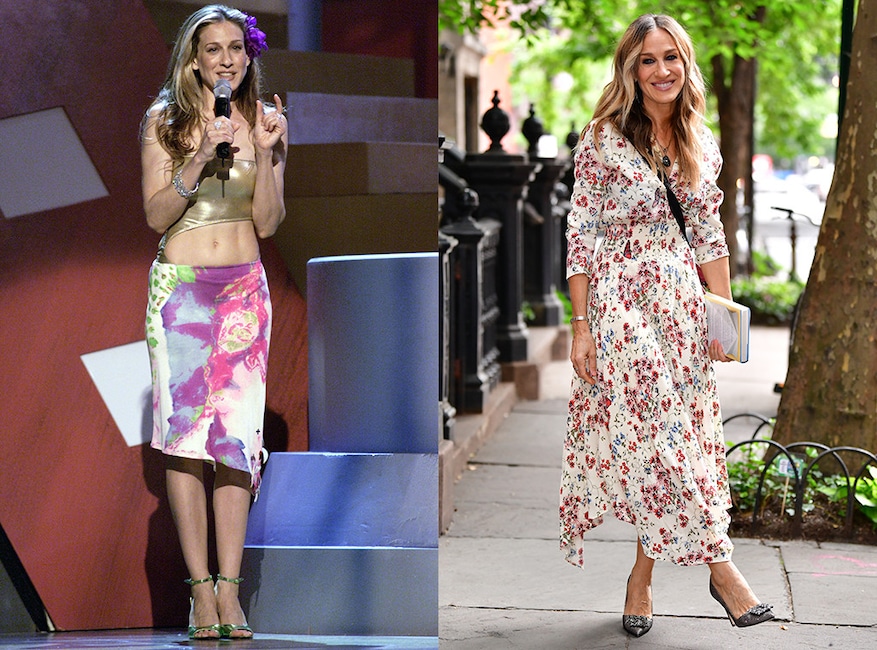 Back in 2000, Sarah Jessica Parker was still playing Carrie Bradshaw on Sex and the City. The show ended in 2004. The actress went on to star in several films, including The Family Stone, Failure to Launch and two Sex and the City films. She now stars on the HBO show Divorce. Last month, SJP and her hubby Matthew Broderick celebrated their 22nd wedding anniversary. They have three children. 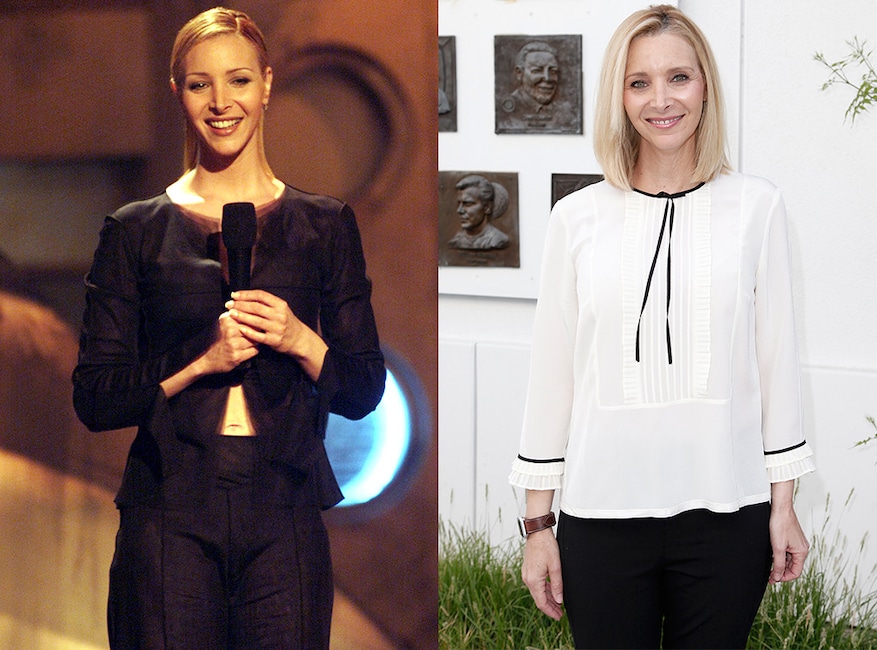 In 1999, Lisa Kudrow was still playing Phoebe on Friends. She played the beloved character until 2004 and went on to appear in several films, including P.S. I Love You, Powder Blue, Paper Man, Easy A and Neighbors. She also starred in The Comeback from 2005 to 2014. Her most recent films include The Girl on The Train, Table 19, The Boss Baby and Booksmart. 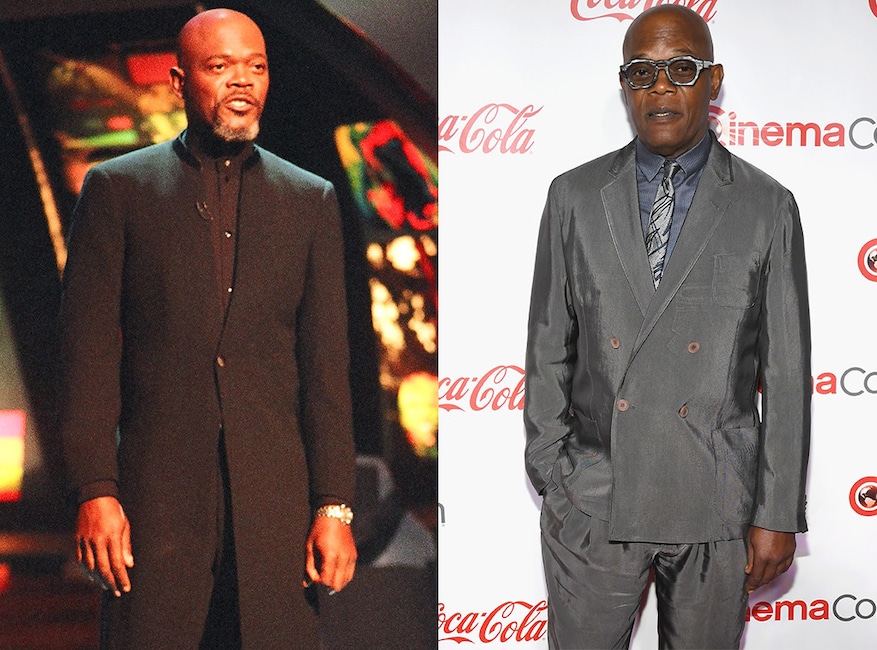 After hosting the 1998 MTV Movie Awards, Samuel L. Jackson played Mace Windu in the Star Wars prequel trilogy. He also starred in Shaft, Unbreakable, Incredibles 2, Formula 51 and Snakes on a Plane. In addition, he played Marvel’s Nick Fury in the Captain America and Avengers films, as well as in Captain Marvel. 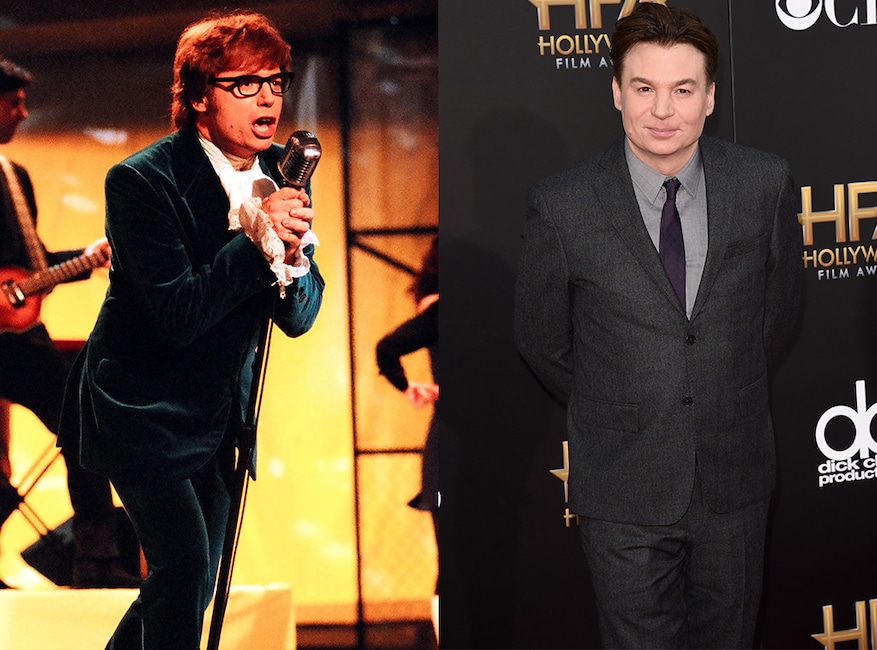 The first time Mike Myers hosted the MTV Movie Awards was in 1997. The SNL alum went on to star in two more Austin Powers movies. He also did the voiceover for a famous ogre in the Shrek movies. As mentioned, he also hosted The Gong Show and appeared in Bohemian Rhapsody. 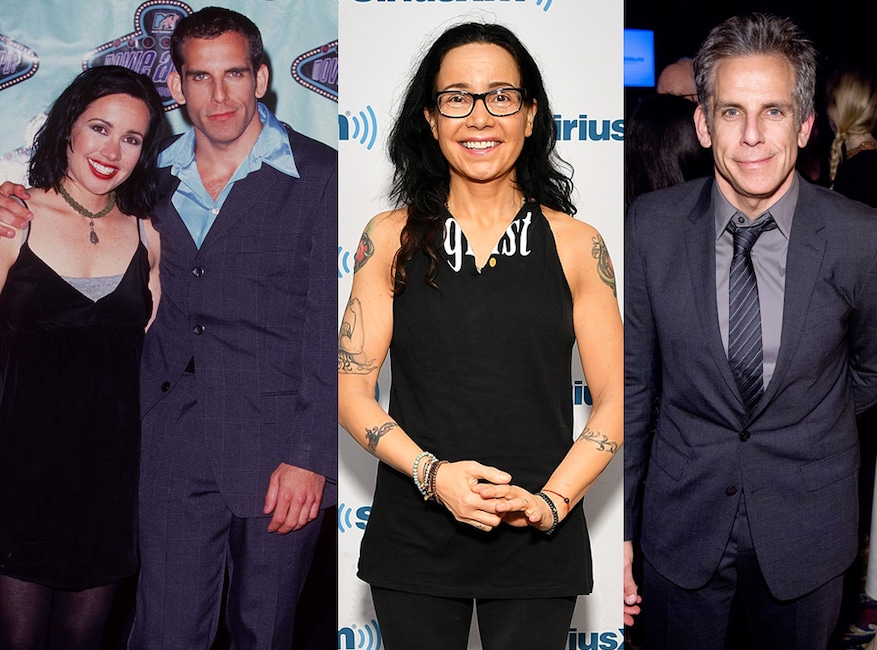 After Ben Stiller hosted the MTV Movie Awards with Janeane Garofalo in 1996, he starred in Keeping the Faith, Meet the Parents and Zoolander. The latter two were so successful they ended up having follow-up films. He also starred in Starsky & Hutch, Dodgeball: A True Underdog Story, Tropic Thunder and the animated Madagascar movies. In 2017, he ended his relationship with Christine Taylor. They share two kids. As for Garofalo, she played Heather Mooney in Romy and Michele’s High School Reunion. In addition, she appeared in The MatchMaker, Mystery Man, Wet Hot American Summer and more. She also worked on animated films and played Colette in Ratatouille. Earlier this year, she appeared in Mercy Black. 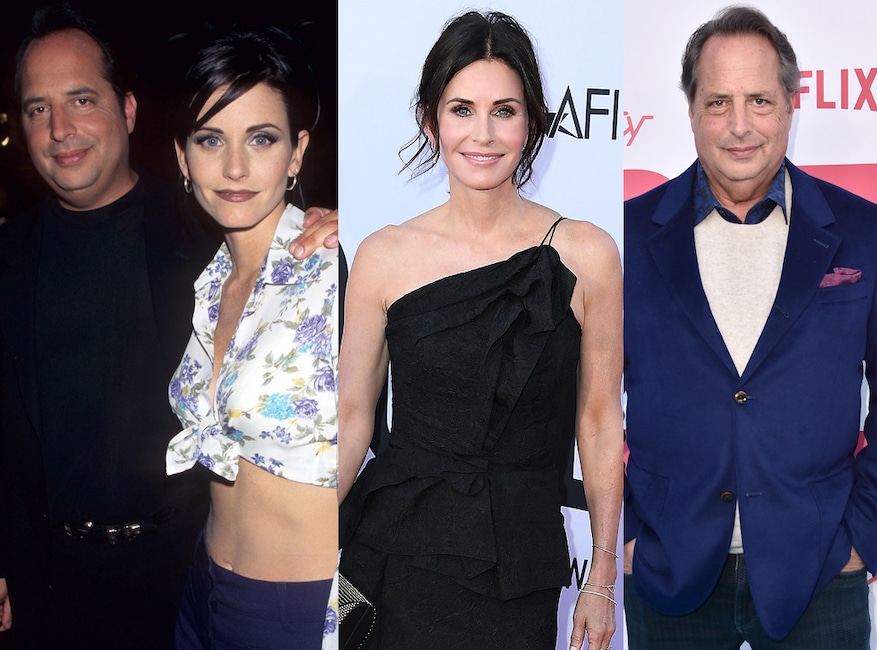 In 1995, Courteney Cox was still playing Monica on Friends. She carried out the role until the show’s end in 2004, which is also the year she welcomed her first child. She also starred in the Scream films and appeared in movies like The Runner, 3,000 Miles to Graceland and Bedtime Stories. She even returned to TV and starred in Cougar Town until 2015. As for Jon Lovitz, he starred in High School High in 1997, Small Town Crooks in 2000 and Rat Race in 2001. Later on, he did voiceovers for animated films, including Hotel Transylvania. In 2018, he did the voice for Jackson in Paws P.I. 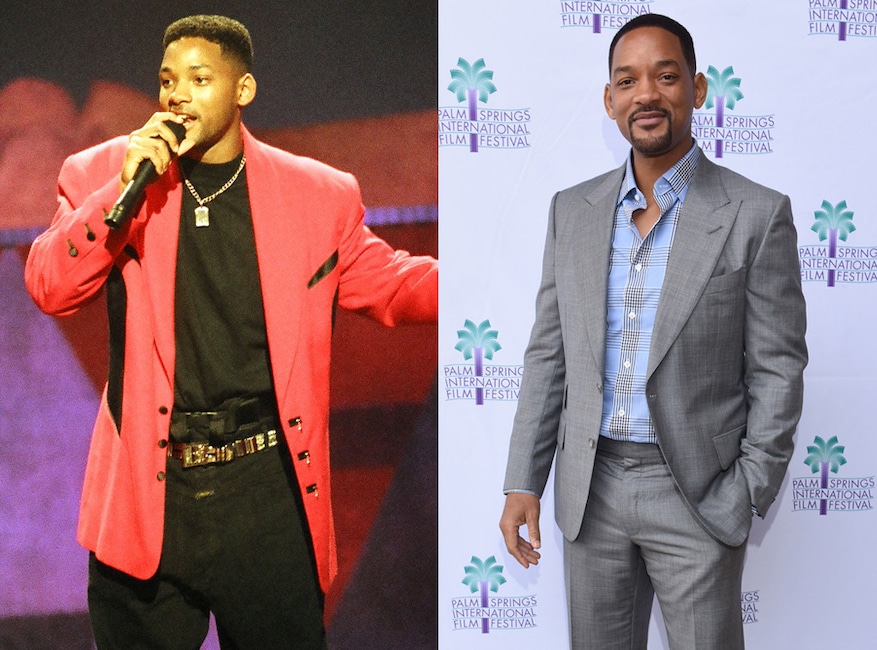 By the time Will Smith hosted the MTV Movie Awards in 1994, he had already starred on The Fresh Prince of Bel-Air for four years. The actor continued to appear on the show for another two. After that, he starred in several films, including the Bad Boys and Men in Black movies, I, Robot, Hitch, The Pursuit of Happyness and Suicide Squad. Recently, Smith played the genie in Aladdin. He has been married to Jada Pinkett Smith for over two decades, and he has three kids. 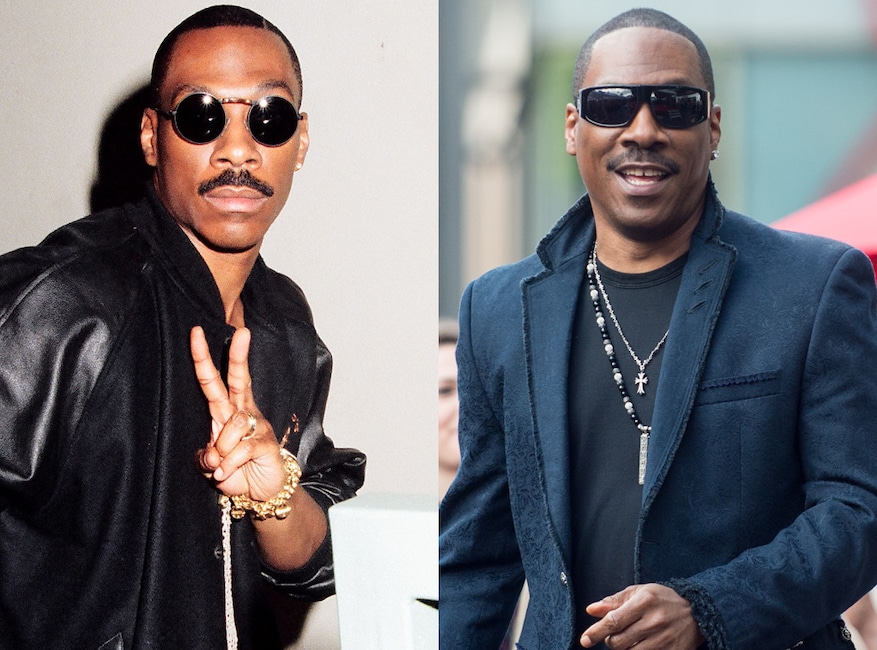 After hosting the 1993 MTV Movie Awards, Eddie Murphy went on to star in several big films, including The Nutty Professor movies, the Shrek films and the Dr. Dolittle flicks. He also starred in Mulan, Daddy Daycare and Tower Heist. Currently, he’s working on a Coming to America sequel. He has 10 kids. 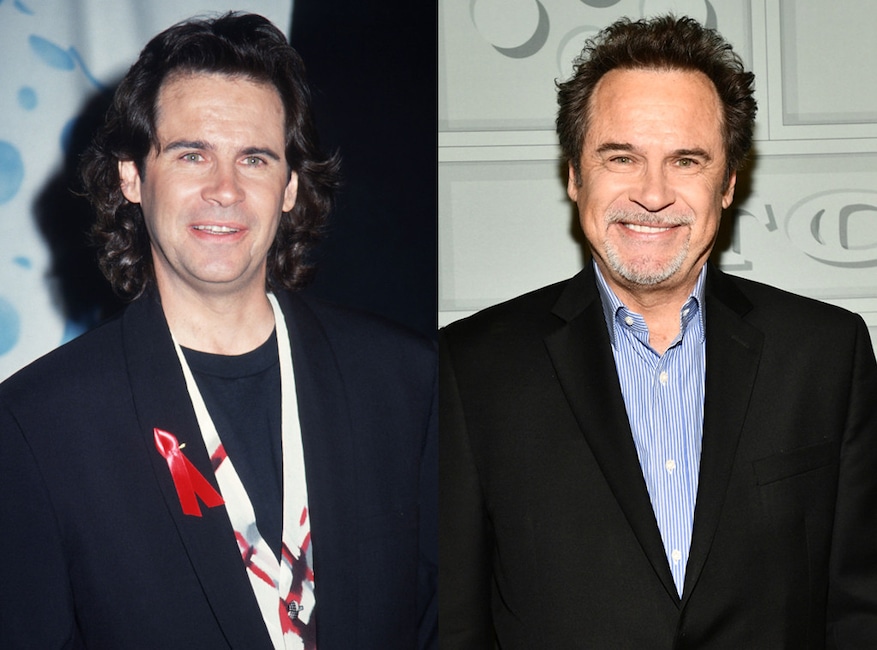 Dennis Miller hosted the first MTV Movie Awards in 1992. After that, the Saturday Night Live alum appeared in several films, including Murder at 1600, The Net and Joe Dirt. He’s also worked as a writer and a producer. Today, he hosts his own podcast, The Dennis Miller Option.

We can’t wait until the big show!