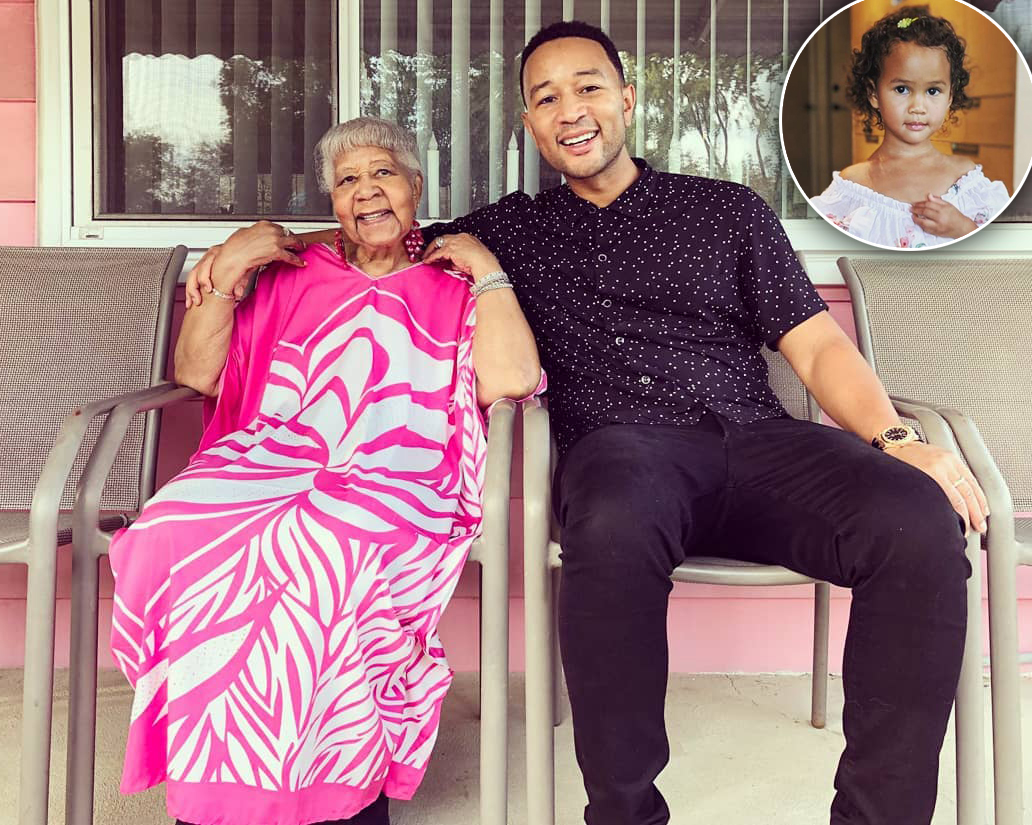 It’s all in the family! In a new video shared on Chrissy Teigen’s Cravings website, her husband, John Legend, made collard greens with his grandmother in Ohio and got some help from a young family member.

Legend, 40, kicked things off in the clip by showing off one of grandma Marjorie Stephens’ secret ingredients — jowl bacon. “That’s what I like to season [the greens] with,” Stephens said of the meat, which is popular in the south. “I like to cook with jowl bacon, a little salt, a little red pepper and a little teeny bit of sugar.”

As Stephens noted, that dash of sugar “enhances the vegetables.”

While the meat simmered, the “Love Me Now” singer and his granny, who has been making this family favorite recipe for more than 60 years, went ahead and washed off the greens. “Cleaning the greens is a ritual,” Legend explained. “It’s very important.”

That part of the prep is so crucial that even Legend and Teigen’s 3-year-old daughter Luna, clad in a princess dress, came into the kitchen to lend a hand. “You’re a big help,” Stephens told her great-granddaughter as she tore the greens from a stem.

“I do not like cinnamon cooked in my greens,” Stephens explained once the greens were on the stove. “No spices … I’m from the old school and I like the old way.”

Once Legend had a chance to taste his grandmother’s dish, he called it “very good.” As Teigen, 33, noted on her site, she makes this side “so good” every year as part of the family’s epic Thanksgiving feast. 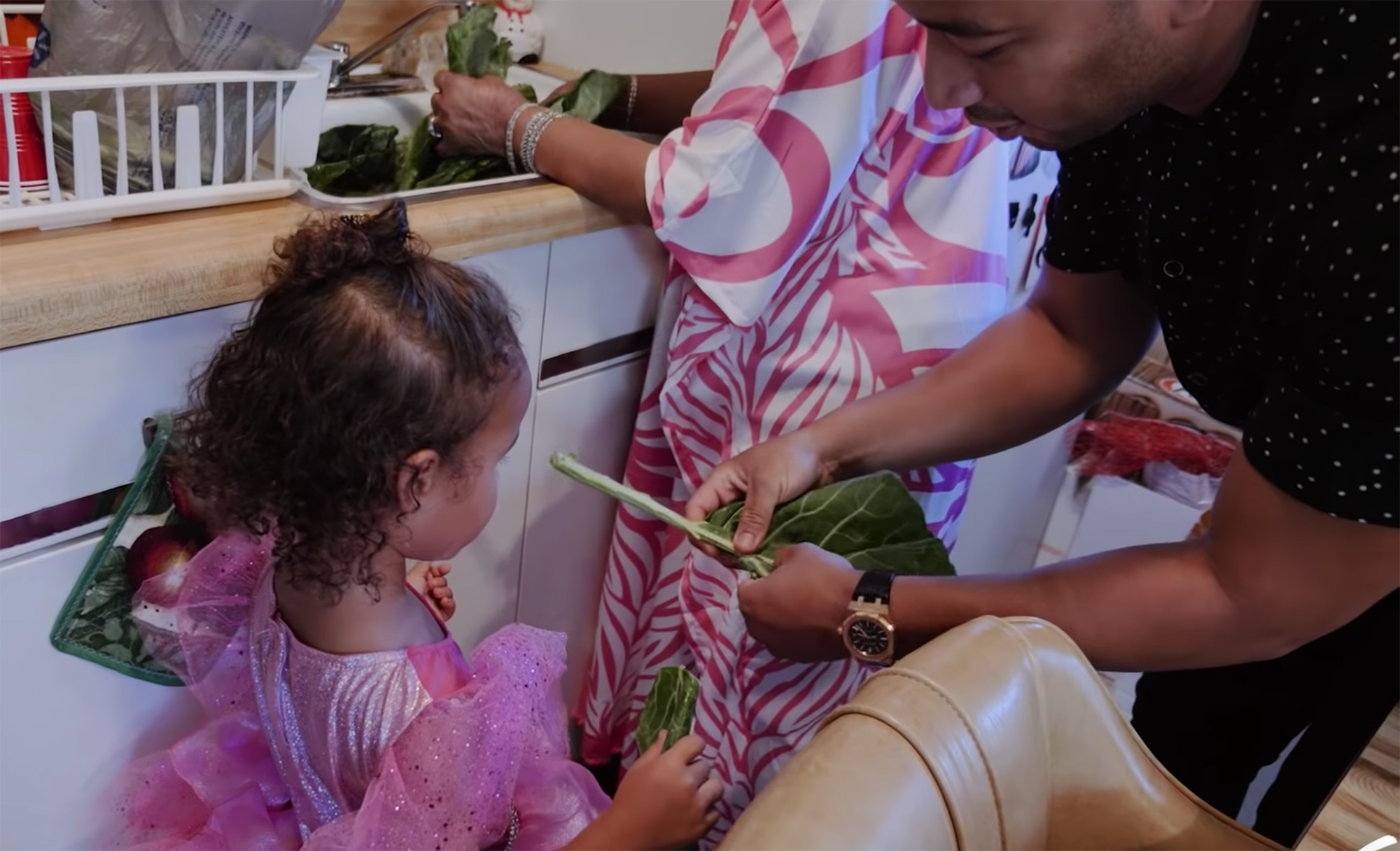 Despite coming from a clan of cooks, and cooking for family members including Legend for decades, Stephens revealed she doesn’t actually like spending time in the kitchen. “I come from good cooking but I hate cooking,” she declared in the video. “I have a family so I had to.”

While Stephens might not be terribly fond of cooking, she’s definitely very proud of her Grammy-winning grandson, whose photos, awards and other memorabilia decorate her home. In fact, Stephens was one of the first people in Legend’s life to recognize his musical talents when he was about 3 years old and insisted on playing her piano.

According to Stephens, Legend then went on to sing his first song, “Stand Up for Jesus,” very well. The rest, as they say, is history.