Formula One mogul Bernie Ecclestone becomes a father again at 89

MIAMI — And they’re off to the races!

Formula 1 drivers and A-list celebrities mixed and mingled Thursday night as they kicked off the inaugural Miami Grand Prix weekend.

McLaren’s Daniel Ricciardo and Lando Norris made an appearance at the McLaren Speed Shop for Heineken’s When You Drive, Never Drink campaign launch party.

Australian driver Ricciardo, 32, said Miami was putting on such a show that his friends from all over the world were texting him about flying to South Florida for the race.

“Outer Banks” star Austin North was also spotted checking out the cars at the event, seemingly on a break from filming Season 3 of the Netflix series.

North, 25, was later seen grabbing dinner at Soho House with a small group of friends.

The rapper, 47, unveiled the Will.I.AMG car he designed for Mercedes-AMG that will help fund inner-city school engineering programs. 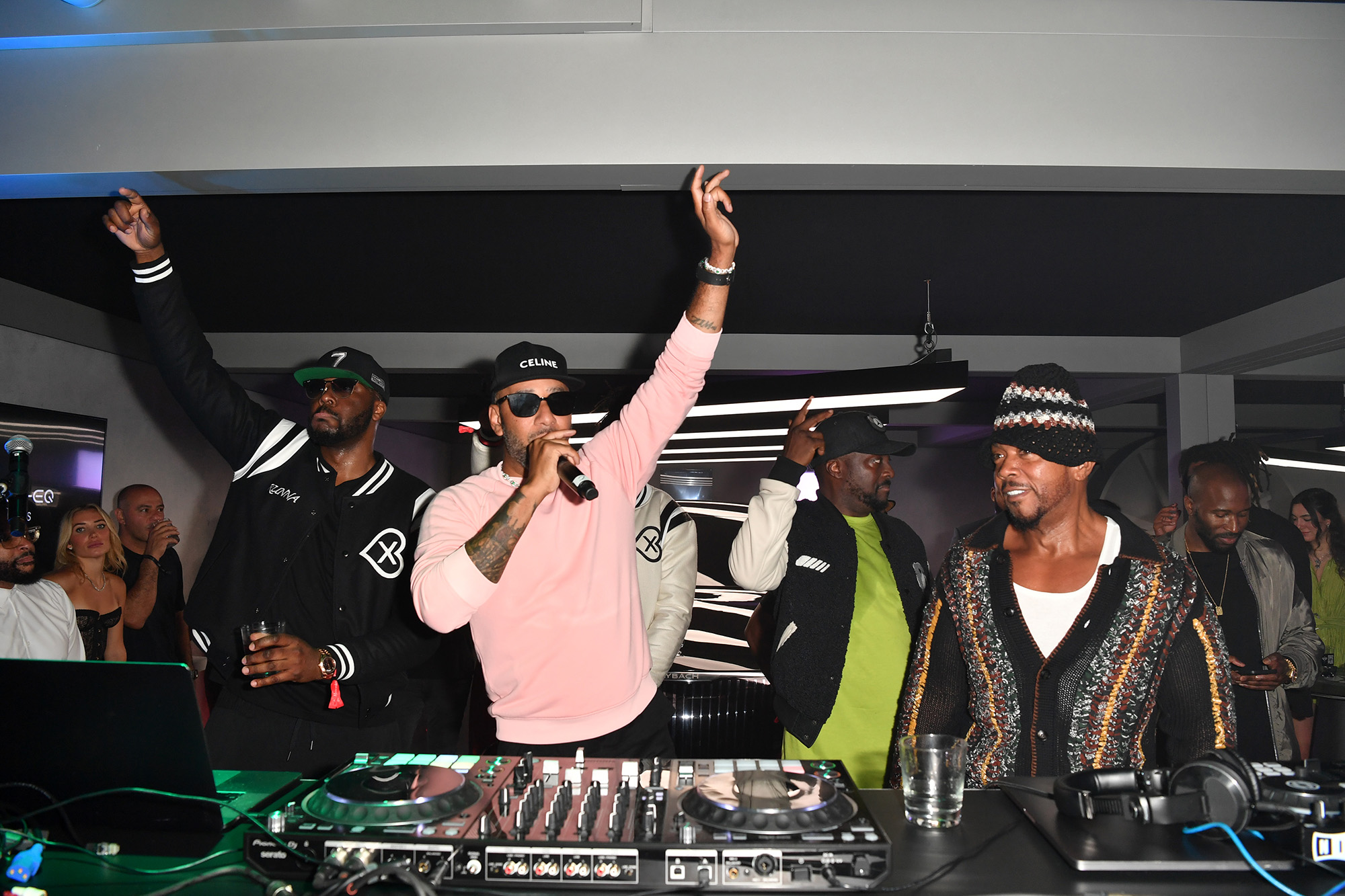 Seen at night one of the Carbone Beach pop-up was Alpha Tauri driver Pierre Gasly, who spoke to reporters earlier in the day about his recent dinner with Michael Jordan, describing it as “by far the best experience of [his] life.”

No word on whether the restaurant’s spicy rigatoni offered any competition for that title. 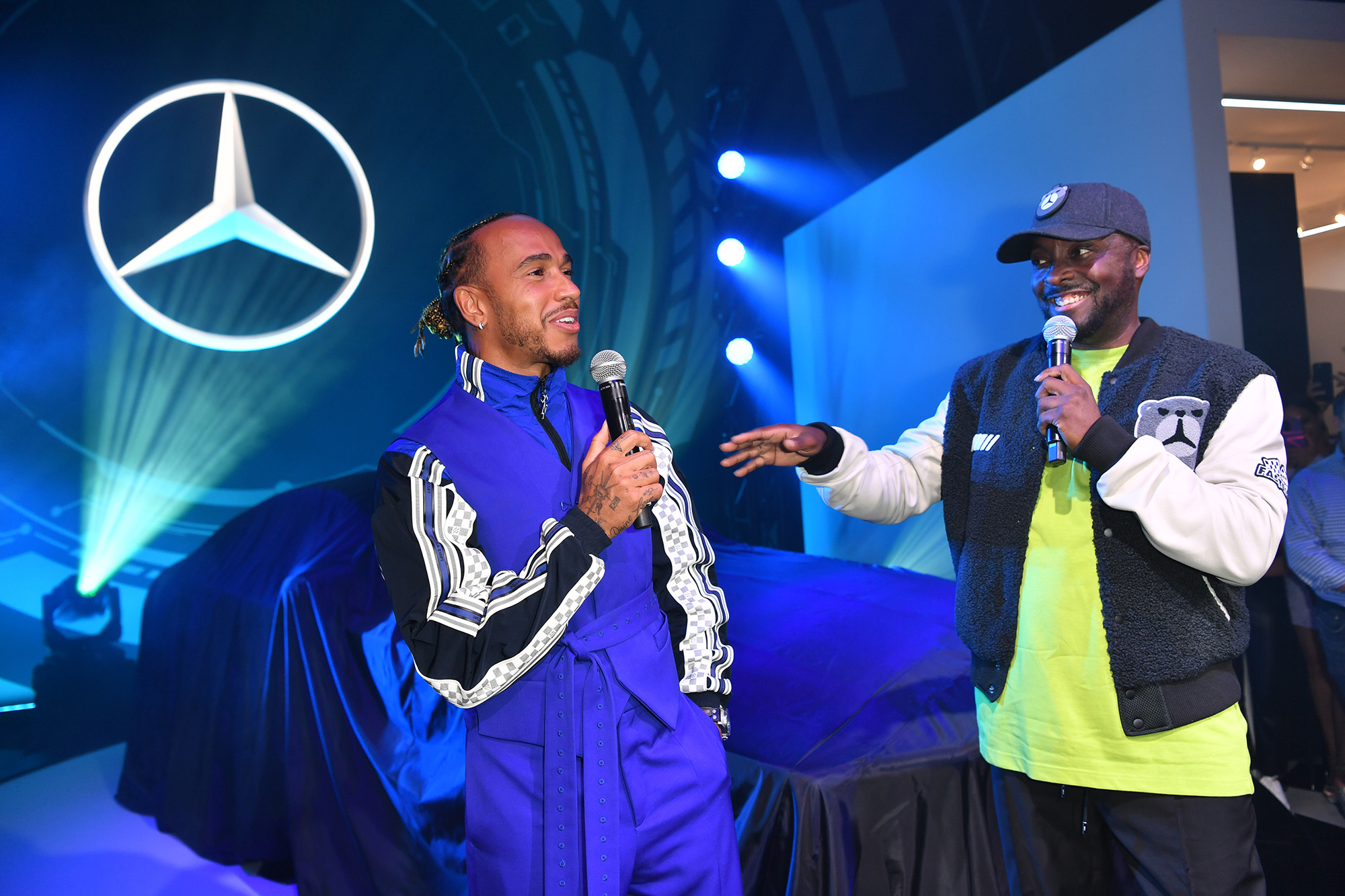 Also spotted at the dinner party, which cost a whopping $3,000 a ticket, was LeBron James, who arrived after midnight and greeted Kevin Love with a special handshake. Love was joined by his new fiancée, Kate Bock.

Over at Versace Mansion, Larsa Pippen hosted the Celebrity Sports Entertainment race weekend kickoff and dished to Page Six about her recent catch-up with Scott Disick.

“Whenever he’s here, he calls me, and we always meet up for lunch,” the “Real Housewives of Miami” star, 47, said, two weeks after she and the “Keeping Up With the Kardashians” alum, 38, were spotted chatting for a reported three hours at a hotel pool. 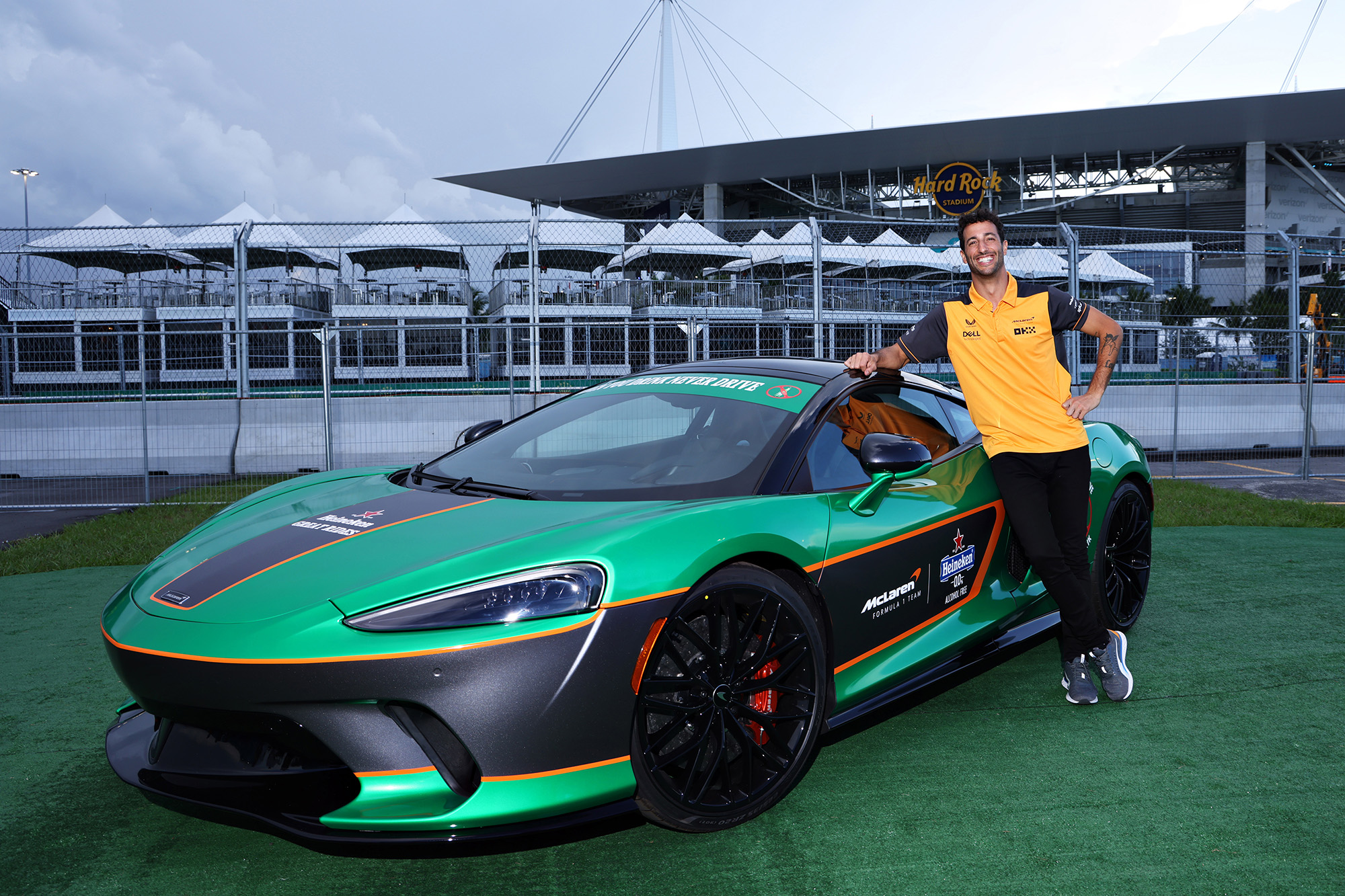 Model Alison Bowles also attended the Miami Beach party, telling us she and her fiancé, Adeiny Hechavarría, a former Mets and Yankees shortstop, are planning on a December 2023 wedding.

Celebrations kicked off Wednesday when Hamilton, 37, joined Tom Brady on the golf course at a charity event with Swiss luxury watchmaker IWC Schaffhausen.

“I’ll stick to driving on the track,” Hamilton quipped after sending a golfing drive into the water at the 10th tee. 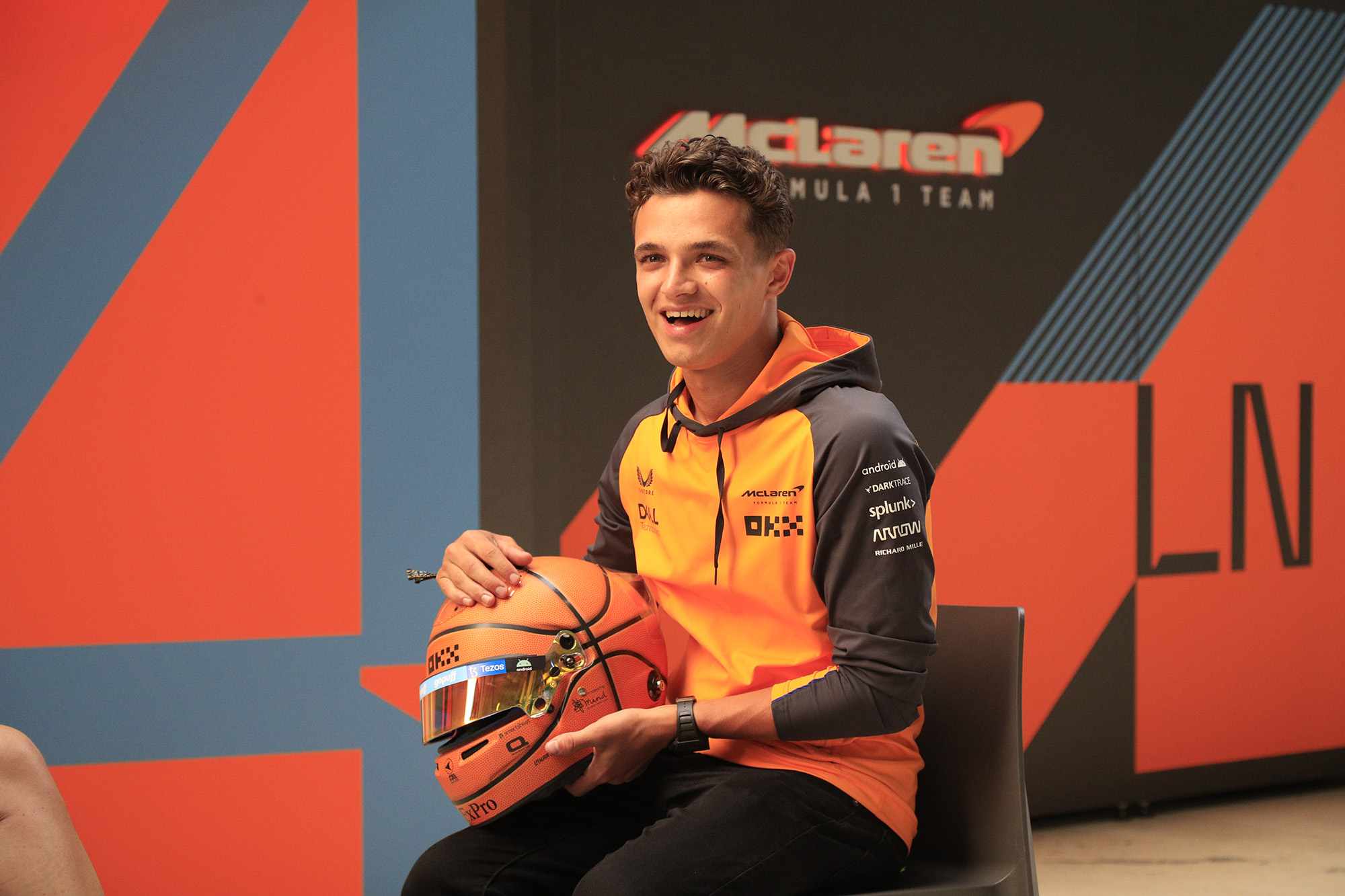 The seven-time world champion was among the 19 drivers who took the stage on the podium for the opening party that night.

DJ Kygo headlined the event, bringing Brazilian singer Anitta on stage along with Joe Jonas, who reunited with DNCE.