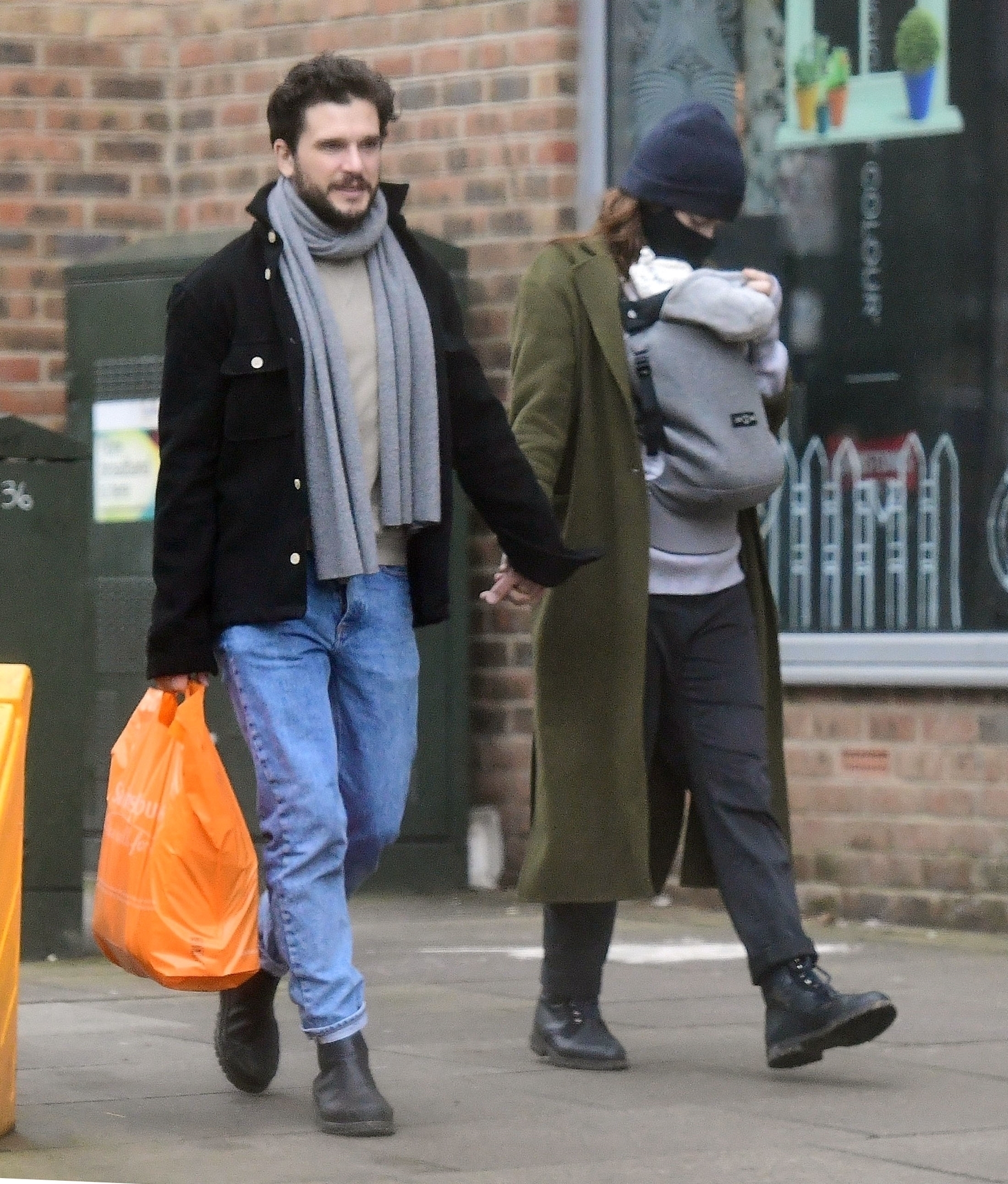 Welcome to the wildling family.

“Game of Thrones” couple Kit Harington and Rose Leslie — who announced in September that they were expecting their first child — were photographed in London on Tuesday with their new baby.

A smiling Harington held tightly onto Leslie’s hand as she cradled the infant in a carrier on her chest, while he carried a large bag from the shop Sainsbury’s.

Reps for Harington and Leslie did not immediately return our request for comment.

In September, Leslie, 34, confirmed that she and Harington, 34, had a baby on the way. Her pregnancy was revealed by the UK’s Make magazine when the actress debuted her baby bump on the cover. 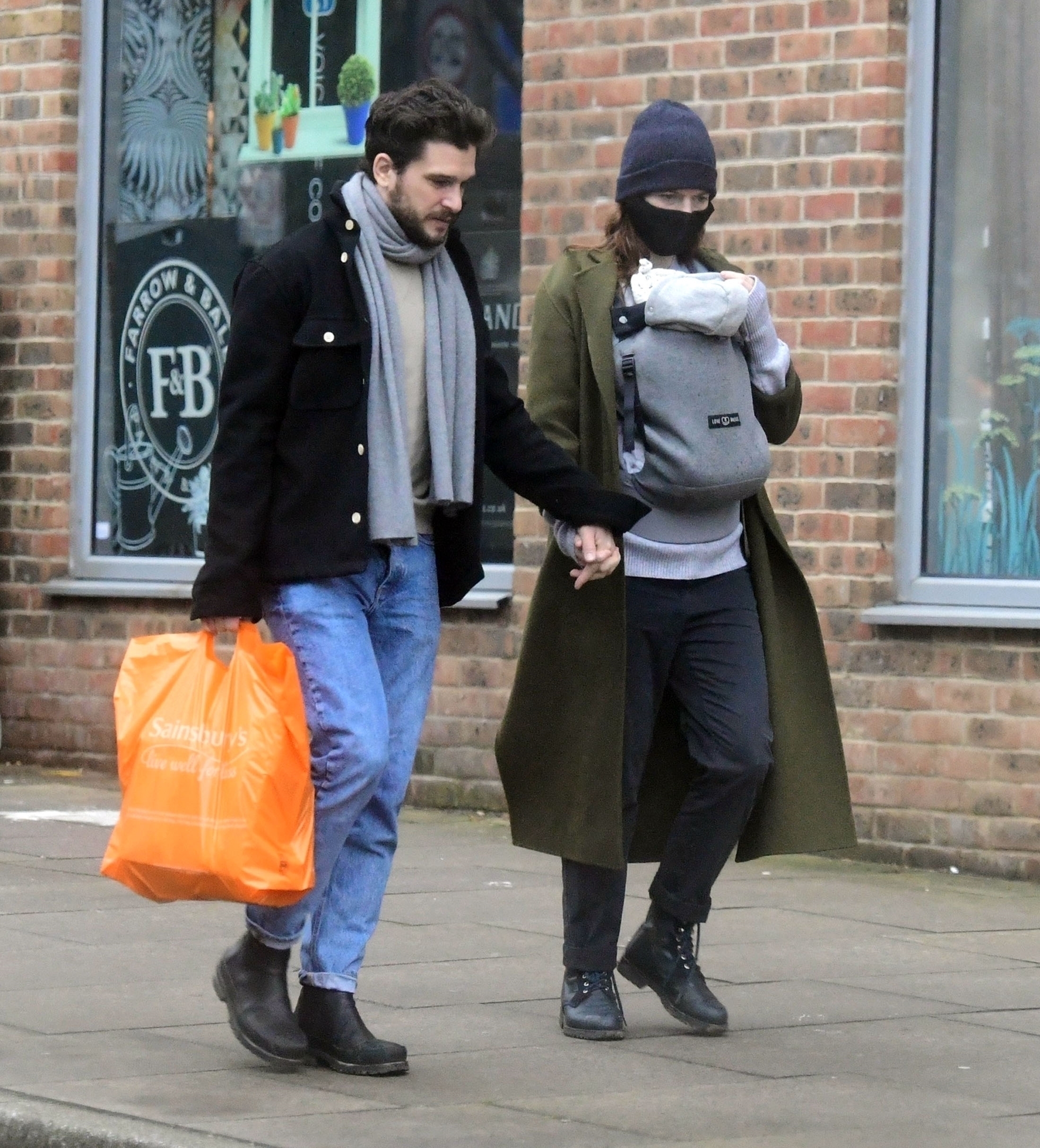 “A very special all-woman team photographic shoot capturing Rose at this wonderful time as she prepares for motherhood for the first time!,” the mag’s fashion edit Ursala Lake wrote on Instagram.

Leslie, known for her role as Ygritte on the HBO fantasy series, spoke about impending parenthood to The Post in October.

“I am thrilled to be expecting, and I can’t wait to meet the new member of our family!” the actress gushed.

Leslie starred opposite Harington’s Jon Snow on “Game of Thrones” from 2012 to 2014. 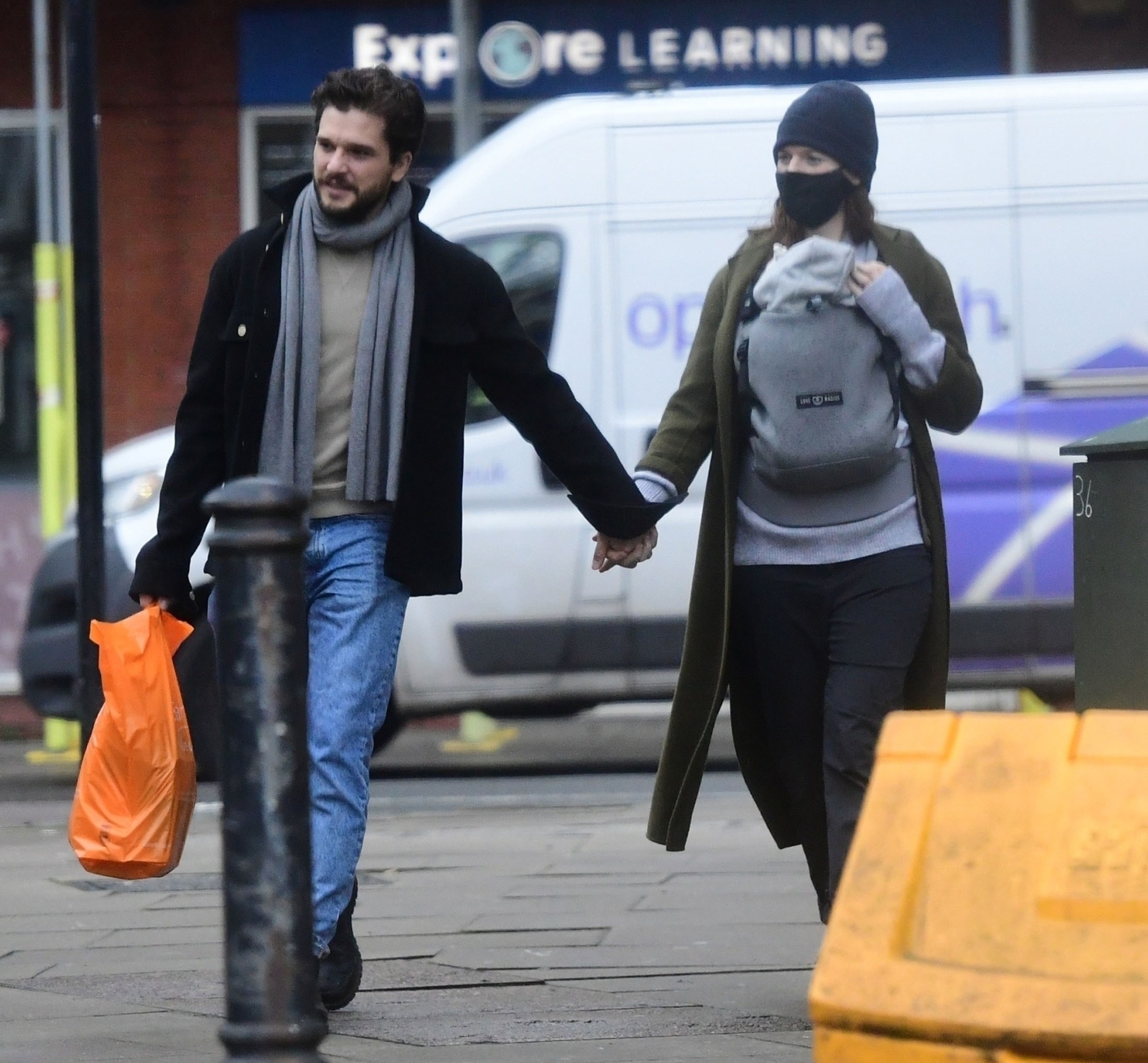 They made their red carpet debut in 2016 at the Olivier Awards in London and confirmed their engagement in a newspaper announcement in 2017.