On the mend! Prince Charles offered an update on Queen Elizabeth II‘s health days after she returned home to Windsor Castle following several event cancellations and a recent hospital stay.

During an event for the Prince’s Trust in South London on Thursday, November 11, Charles, 72, was asked how his 95-year-old mother was feeling by someone in the crowd outside the royal engagement.

In a video posted online on Thursday, the father of Prince William and Prince Harry appears to reassure the well-wisher that the monarch is doing well. “She’s alright, thank you,” he said before going on his way.

Following Charles’ comments on the queen’s medical status, Buckingham Palace confirmed that she would attend the annual Remembrance Day Service at the Cenotaph on Sunday, November 14.

“As in previous years, Her Majesty will view the Service from the balcony of the Foreign, Commonwealth and Development Office,” the Palace stated on Thursday.

However, based on previous advice from her doctors, she will not appear at the General Synod Service and Opening Session on Tuesday, November 16, the statement confirmed. Her son Prince Edward, the Duke of Wessex, will go to the event as previously planned.

On October 20, the queen canceled a planned trip to Northern Ireland. One day later, it was revealed by Buckingham Palace that she had spent one night in the hospital on the advice of her medical team. 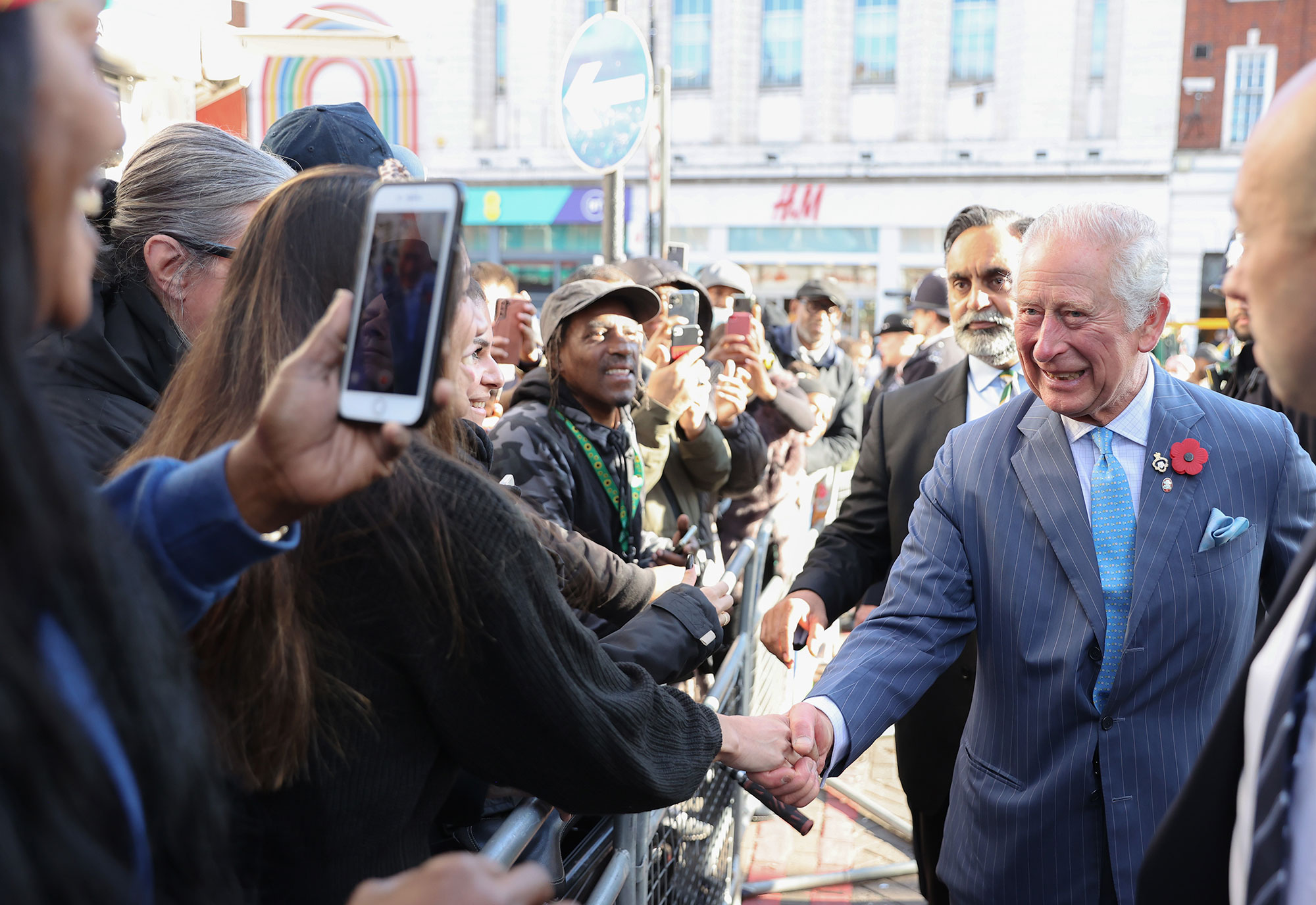 “[He] would never forgive himself if the same thing happened with his beloved grandmother,” the insider said last month, noting that Harry is “hoping to go back home for Christmas with Meghan [Markle], if not before so that she can finally get to meet [her great granddaughter] Lilibet and see [great grandson] Archie again.”

A Breakdown of the Royal Line of Succession

In late October, she returned to work, only for her doctors to advise that she take “at least” two weeks to rest. “Her Majesty can continue to undertake light, desk-based duties during this time, including some virtual Audiences, but not to undertake any official visits,” the October 29 statement from the Palace noted.

At the time, the Palace said she would be unable to attend the Festival of Remembrance on November 13 — but intended to be present for the National Service of Remembrance the following day.

Since taking a leave from her in-person royal duties, the queen has been seen driving around the Windsor estate. She also appeared in a pre-recorded speech at the reception for the United Nations Climate Change Conference (COP26) earlier this month.

In line with Charles’ latest update, U.K.’s Prime Minister Boris Johnson told Channel 4 News on October 30 that he had spoken to the queen “and she’s on very good form.”

He added, “She’s just got to follow the advice of her doctors and get some rest and I think that’s the important thing. I think the whole country wishes her well.”